Kim Young Dae and CNBLUE’s Lee Jung Shin will engage in a war of nerves over Lee Sung Kyung in “Sh**ting Stars”!

The tvN drama is about the people who work behind the scenes in the entertainment industry cleaning up the messes created by the stars. The drama depicts the realistic story of people who stand behind the celebrities and shed blood, sweat, and tears to make them shine like stars in the sky. The romantic comedy stars Lee Sung Kyung as Oh Han Byul, the head of the PR team at an entertainment agency, and Kim Young Dae as flawless top star Gong Tae Sung. Lee Jung Shin plays Do Soo Hyuk, a legal advisor to Star Force Entertainment.

Previously on “Sh**ting Stars,” Do Soo Hyuk started showing interest in Oh Han Byul. He directly asked her about the rumors of her and Gong Tae Sung dating, and she vehemently said she wasn’t dating him. The episode ended with them exchanging sweet eye contact as Gong Tae Sung watched from afar with disbelief written all over his face.

The newly released stills hint that their love triangle is just beginning. Do Soo Hyuk and Oh Han Byul are sharing a friendly conversation in the hallway of Star Force Entertainment when Gong Tae Sung interrupts them out of nowhere. He approaches Oh Han Byul as if he wants to show off their relationship to Do Soo Hyuk, creating icy tension. Gong Tae Sung’s eyes are practically screaming “stay away from her,” but Do Soo Hyuk looks right at him with no intention of backing away. Furthermore, Oh Han Byul looks flustered by their silent warfare, increasing anticipation for the upcoming episode. 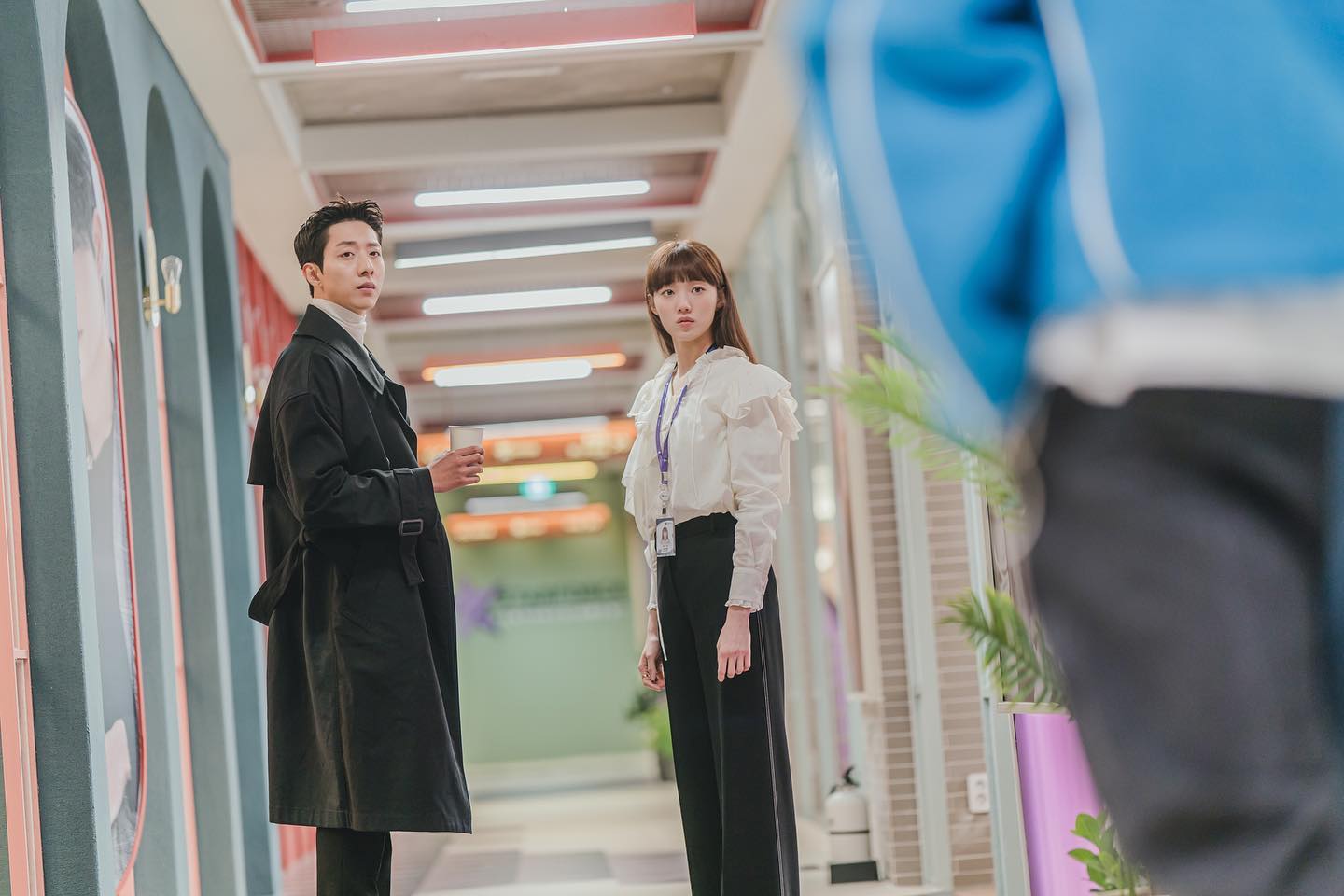 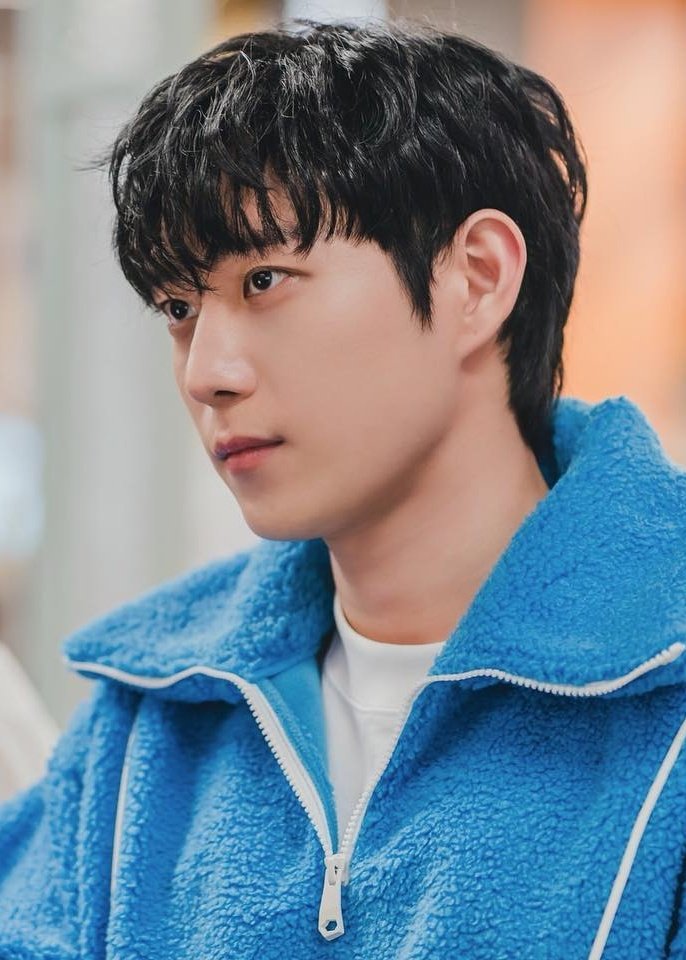 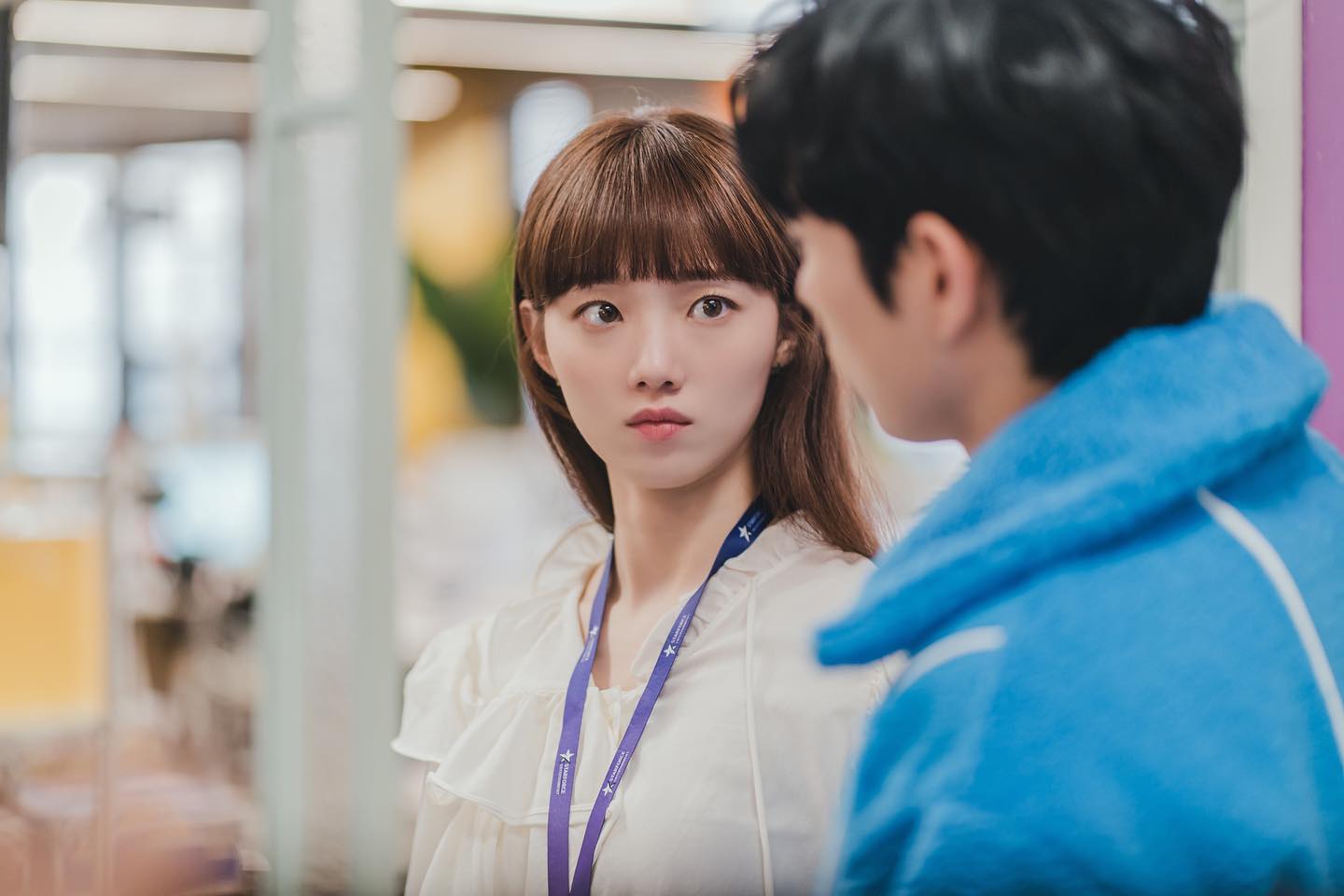 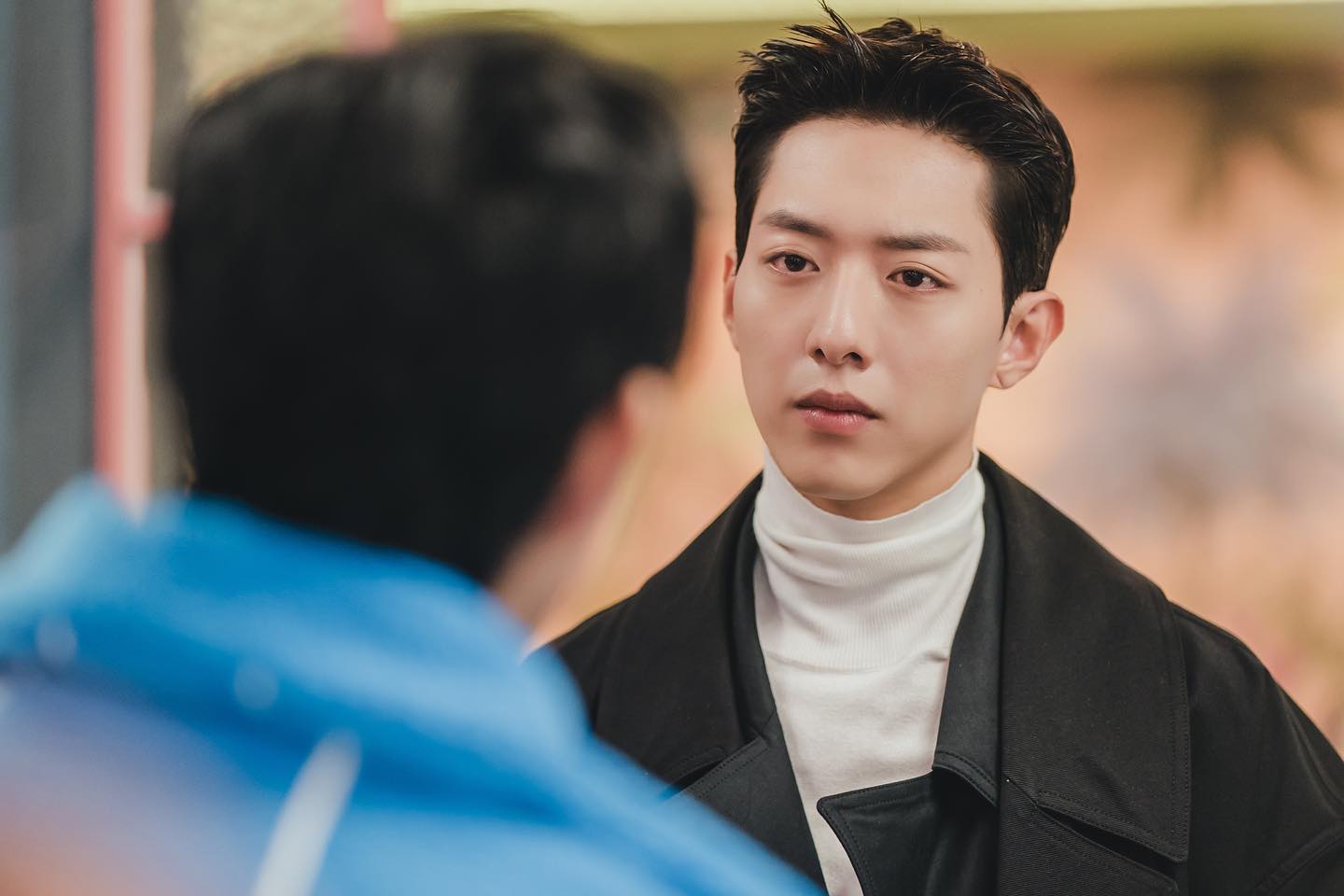