Get ready for a new mystical love story!

Na In Woo will be playing Seodong Market’s fish seller Gong Soo Kwang who has a special jinx, and Girls’ Generation’s Seohyun will be playing Seul Bi, who has the special ability of seeing the future of the person she touches.

The newly released poster depicts Gong Soo Kwang and Seul Bi racing away in a car that’s marked “Lucky Fish Store.” She’s beaming rightly with an adorable dog in her arms, and a gentle smile is playing on his lips as well. They leave behind a group of people, which includes Park Seong Deok (Woo Hyun), Yoon Yi Young (Hwang Seok Jeong), and Lee Joo Yong (Hong Suk Chun), who look shocked by their getaway. The romantic mood is further heightened by the dazzling blue sky and lovely cherry blossoms. 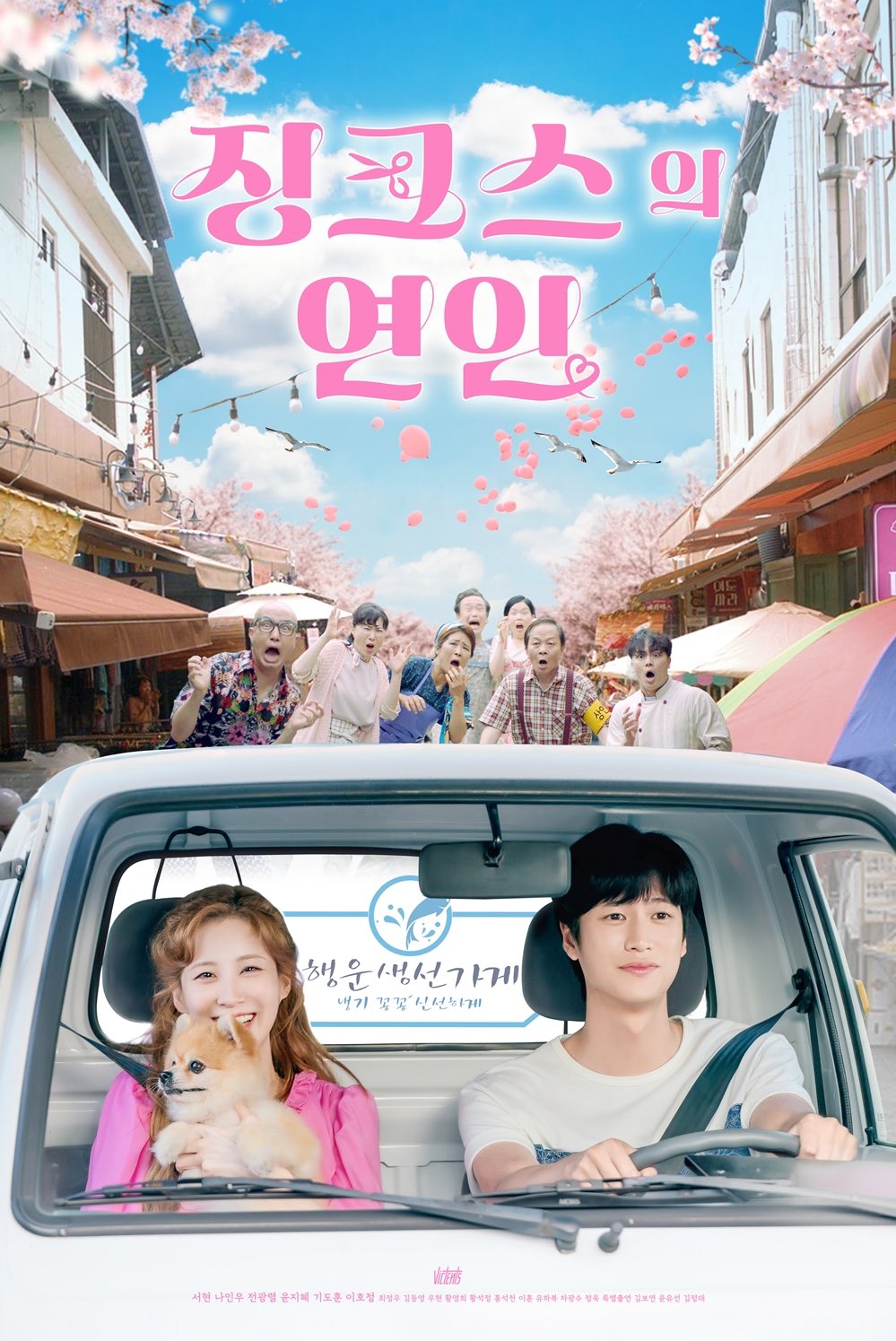 The production team shared, “A woman with a mysterious ability to see the future and a man with a special jinx will meet and create a fresh romance. In addition to the unique story, [viewers] will be able to see a more three-dimensional drama with the acting of the lead actors and supporting actors, who have perfectly become one with their characters, so please show lots of interest and love.”

In the meantime, check out Seohyun in “Time“: