PSY has shared the story of how he got Song Joong Ki to appear in Heize’s music video!

On the May 4 episode of MBC’s “Radio Star,” PSY revealed just how he had made that appearance happen. After talking about how he had gotten Sung Si Kyung to feature on his latest album and persuaded a reluctant Lee Seung Yoon to appear on “Immortal Songs,” PSY brought up the story of how he had cast Song Joong Ki for Heize’s music video.

“I used a slightly different tactic that time,” said PSY. “After I got his number, I spent two weeks just asking him how he was. He was in the middle of filming his drama ‘Vincenzo’ back then, and so I told him, ‘I’m enjoying watching the drama,’ ‘Make sure not to skip meals,’ and ‘Since the seasons are changing right now, take good care of your respiratory system.'”

The MCs jokingly agreed, “That must have been very burdensome. [Song Joong Ki] must have spent two weeks with the question weighing on his mind: ‘It seems like [PSY] wants to ask me something; what is it?'” 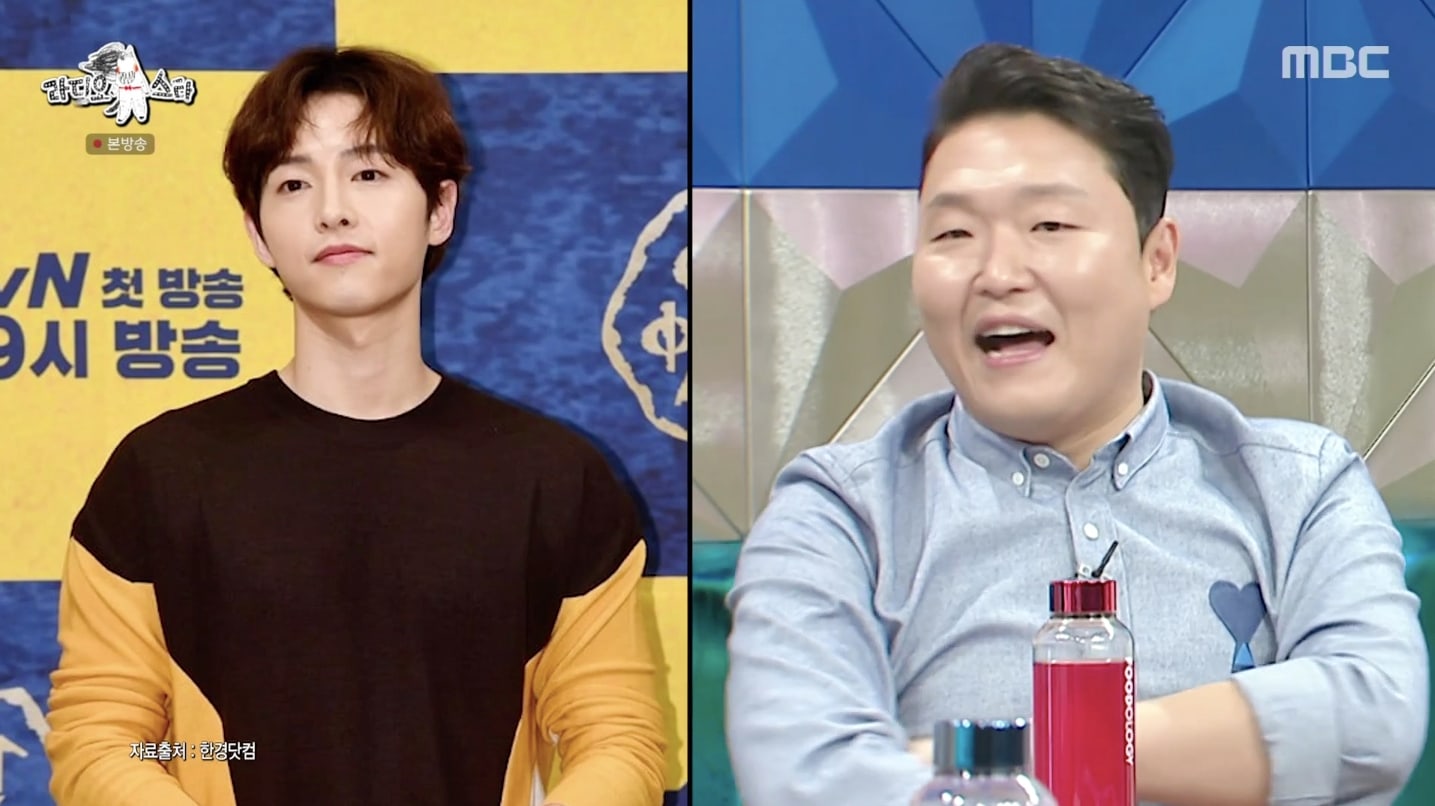 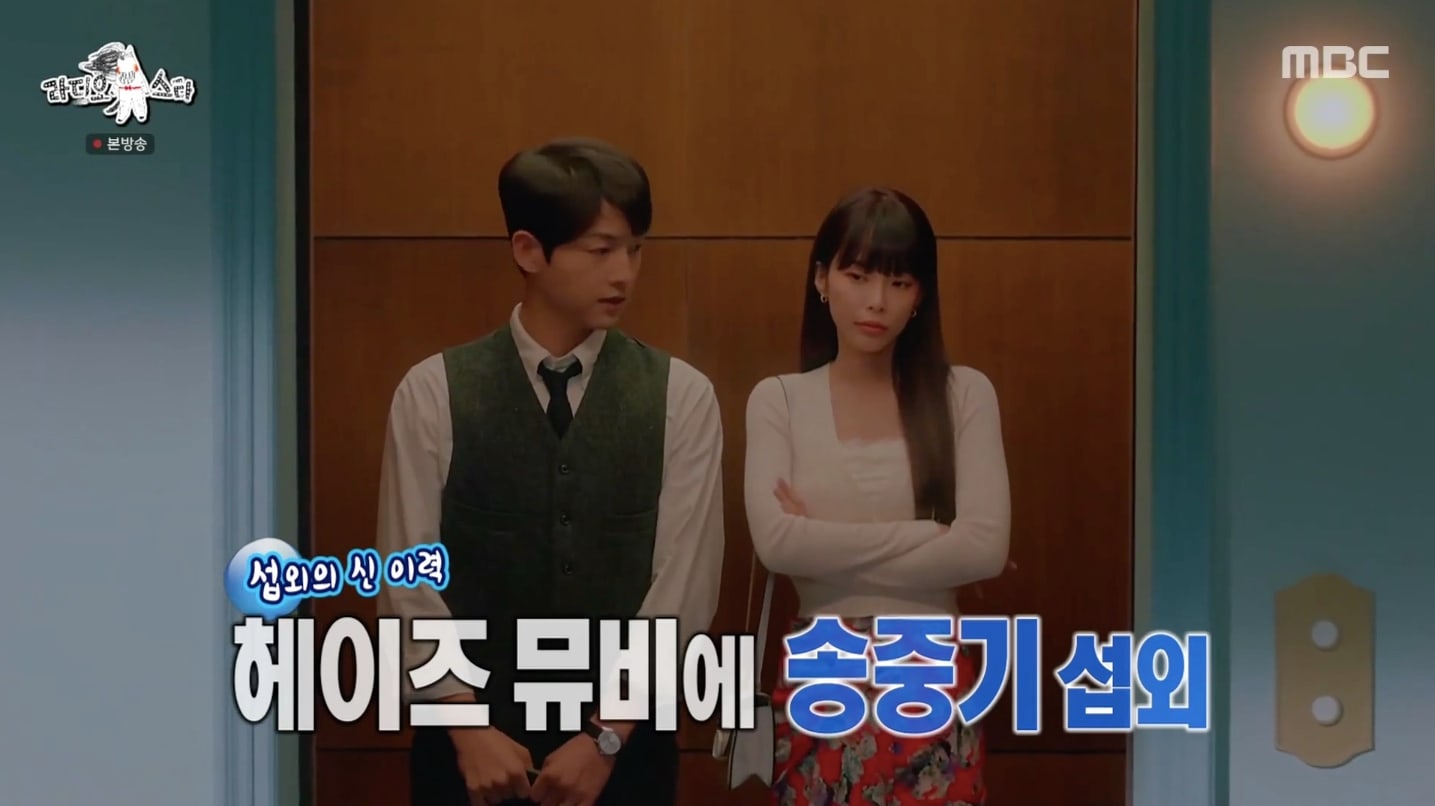 Later, the MCs asked if there was ever anyone who had stubbornly turned PSY down up until the very end, and he replied, “[Casting] Lee Byung Hun for my last album took a long time.”

Referring to the actor’s comedic appearance in his “I LUV IT” music video, PSY revealed, “That took about five to six years.” 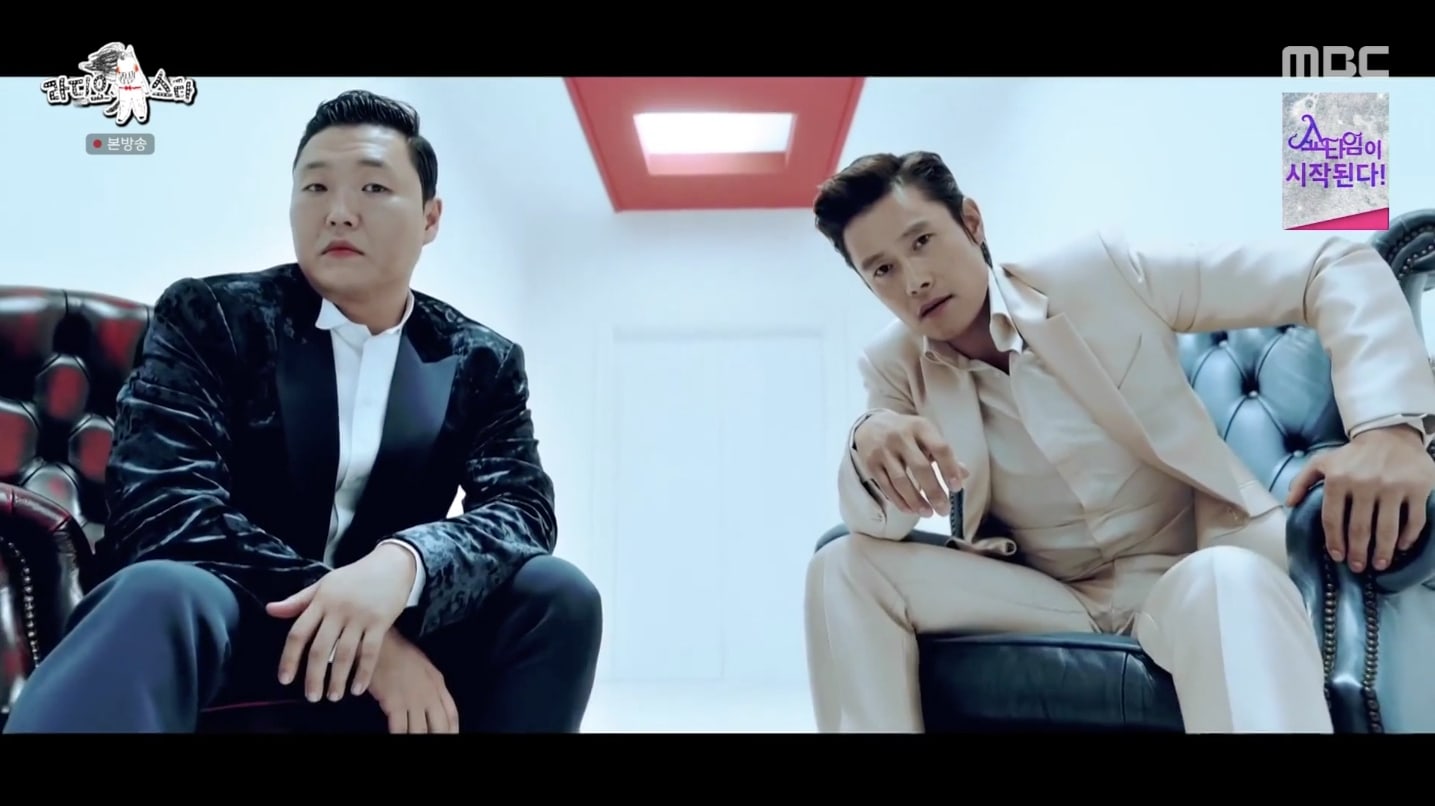 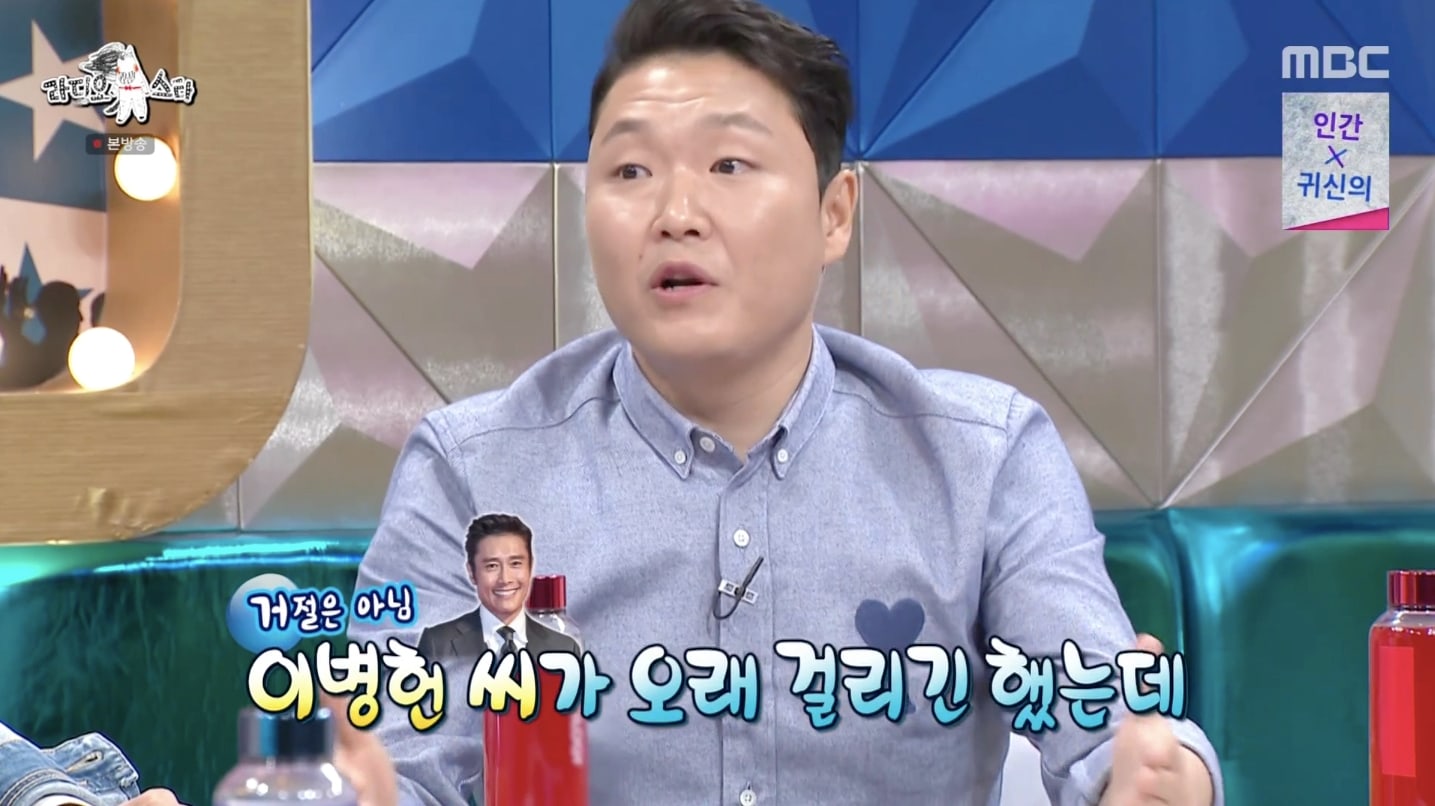 …and watch Song Joong Ki in “Descendants of the Sun” below!