Seo Ye Ji, Lee Sang Yeob, And More Are Entangled In A Dangerous Web Of Romance And Revenge In New Drama “Eve”

“Eve” is a new romance drama about a chaebol‘s 2 trillion won (approximately $1.7 billion) divorce lawsuit that shocks the entire nation. Unbeknownst to the public, the high-stakes lawsuit is the result of a carefully calculated revenge scheme 13 years in the making.

Lee Sang Yeob will star as Seo Eun Pyung, the youngest member of the National Assembly and a rising star in the political sphere who has caught the attention of the entire nation. However, despite having overcome many hurdles to rise to the top, Seo Eun Pyung is ready to throw everything away for love after meeting Lee Ra El.

Finally, Yoo Sun will play the role of Kang Yoon Gyum’s wife Han So Ra, who is the only daughter of a powerful politician. Underneath her perfect and glamorous appearance, the nervous Han So Ra is emotionally anxious and obsessed with her husband.

In the newly released poster, Lee Ra El stands alone as she towers over the other characters, hinting at the fact that they are all caught in a web of her design. Notably, there is a difference between the size of her two shadows: in contrast to the one behind Seo Eun Pyung, the shadow cast behind Han So Ra and Kang Yoon Kyum looms larger, emphasizing her influence over the married couple.

Kang Yoon Kyum appears to have turned his back on his wife, who anxiously clutches her skirt in one hand, while Seo Eun Pyung’s clenched fists and resolute frown reveal his determination to protect both his values and his love.

The poster’s caption reads, “The more dangerous it is, the more you want that one person.” 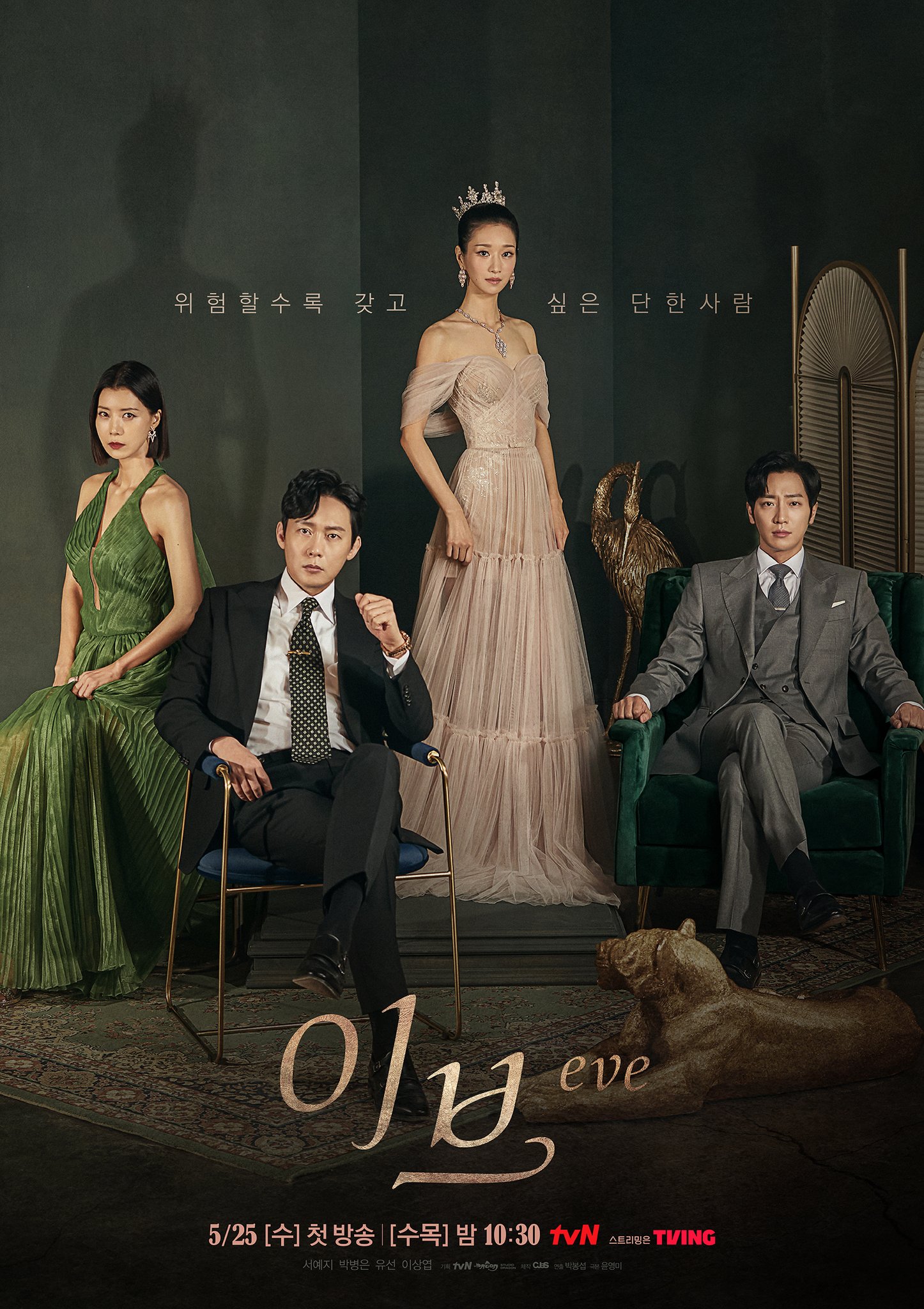 “Eve” premieres on May 25 and will be available with subtitles on Viki. In the meantime, check out the latest teaser for the drama here!

You can also watch another teaser for “Eve” with English subtitles below: