Woo Do Hwan has expressed his gratitude to AOA’s Seolhyun for her sweet show of support!

On May 5, Woo Do Hwan took to Instagram Stories to reveal that Seolhyun had thoughtfully sent a coffee truck to the set of his upcoming drama “Hunting Dogs” (literal translation).

Posting several photos of the truck, the actor tagged Seolhyun and showed love for her new drama “The Killer’s Shopping List” by using the name of her character, Do Ah Hee.

Woo Do Hwan wrote, “Thank you, Do Ah Hee,” before adorably promoting her drama by adding, “tvN on Wednesdays and Thursdays at 10:30, including today!!! The Killer’s Shopping List!!!” 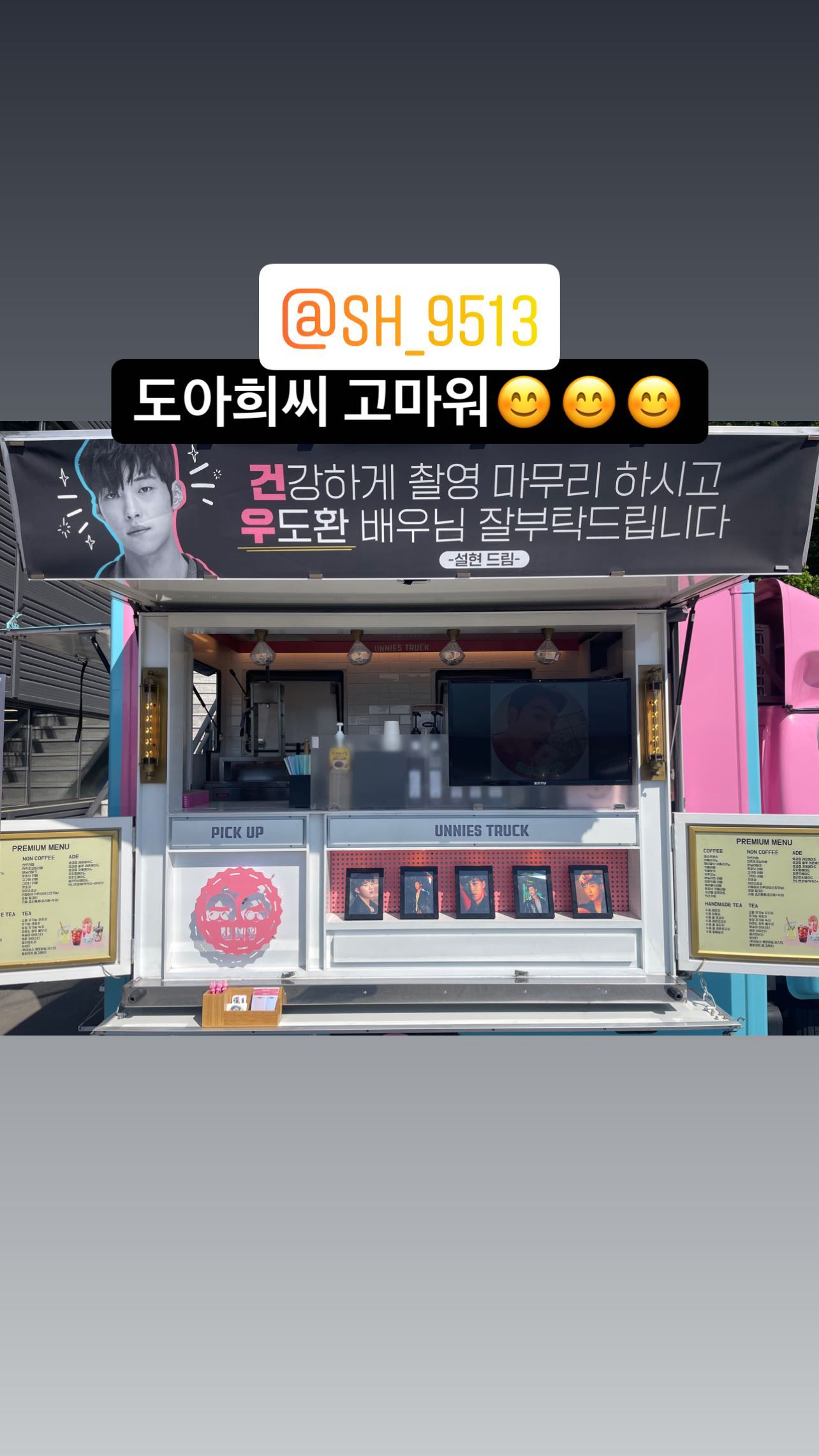 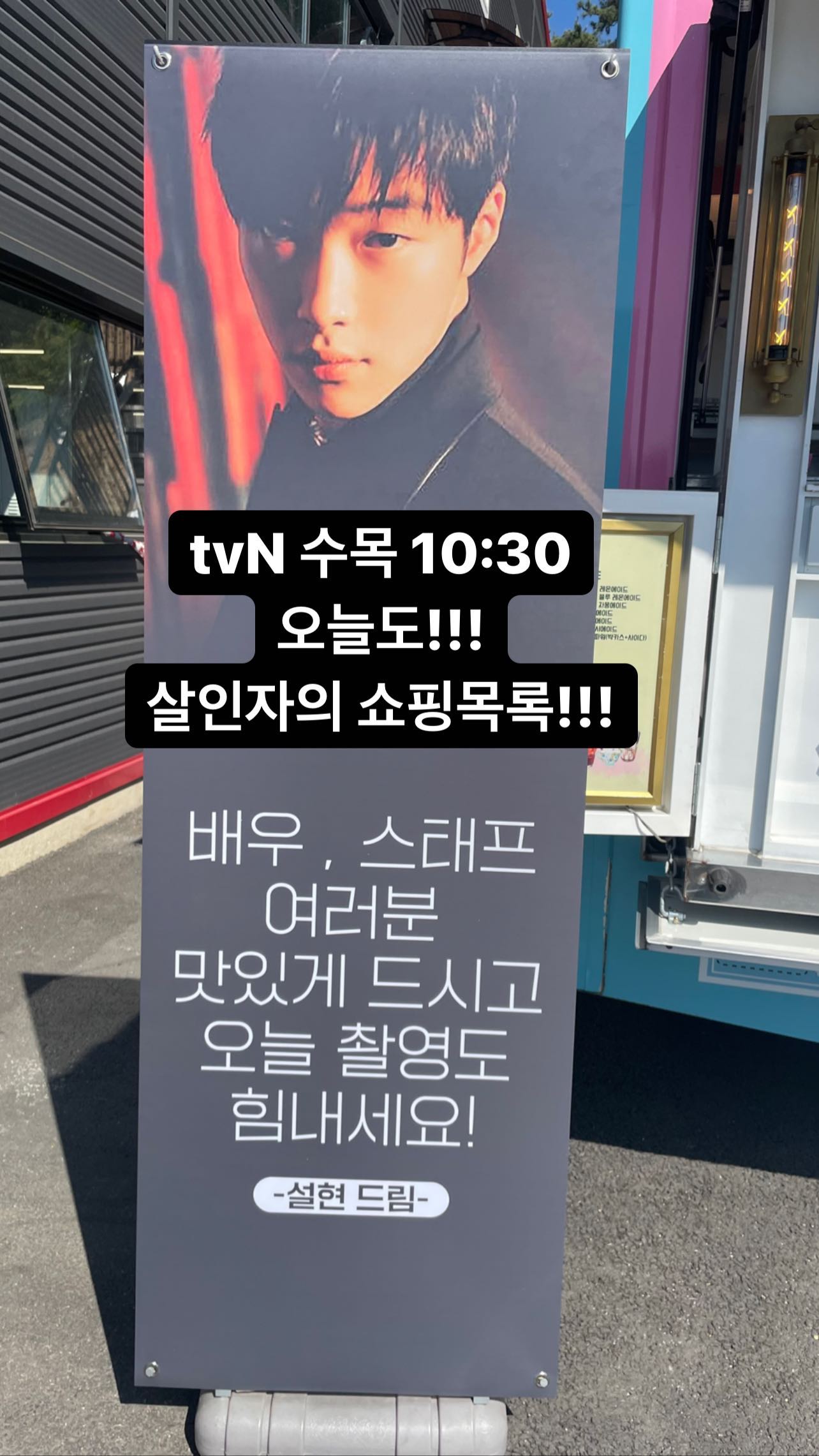 The truck sent by Seolhyun features a banner with a playful acrostic using Gun Woo, the name of Woo Do Hwan’s character in “Hunting Dogs.” The acrostic reads, “Please wrap up filming in good health, and please take good care of actor Woo Do Hwan. From Seolhyun.”

Meanwhile, another banner next to the truck reads, “To the cast and crew, please enjoy [the coffee], and find strength for today’s shoot as well! From Seolhyun.” 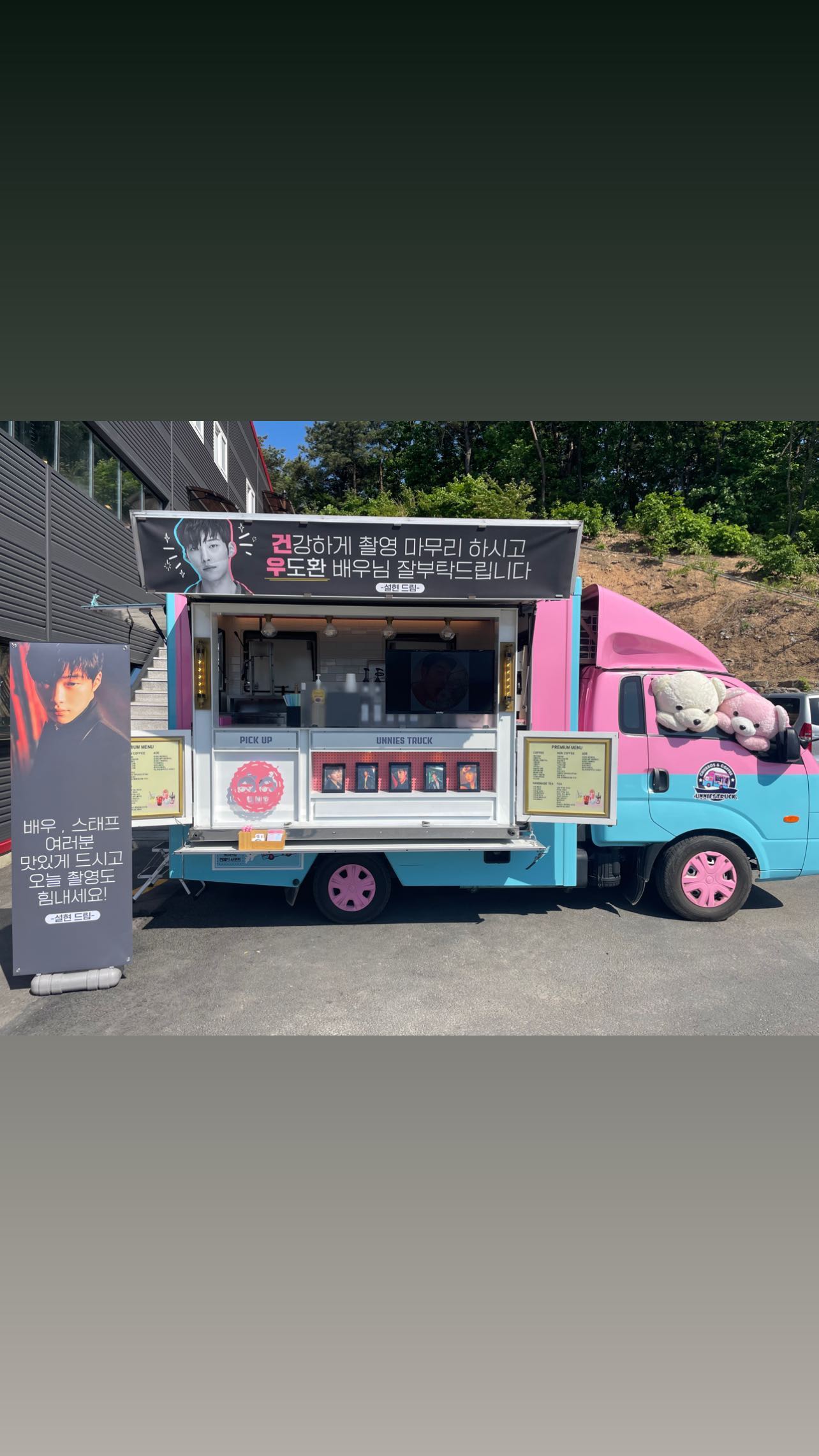 Woo Do Hwan and Seolhyun previously starred together in the JTBC drama “My Country” back in 2019.

Watch Seolhyun in her new drama “The Killer’s Shopping List” with subtitles below!

AOA
Seolhyun
Woo Do Hwan
The Killer's Shopping List
How does this article make you feel?