Kim Hae Sook will be making another visit to Earth in MBC’s “Tomorrow”!

The previous episode revealed Lim Ryoong Goo’s painful past. His mother Lim Yoo Hwa (Min Ji Ah) took her own life after being sexually assaulted, and Lim Ryoong Goo blamed himself because he spat harsh words to her due to a misunderstanding. The ending shocked everyone when it was revealed that his reincarnated mother’s level of depressing was rising to a dangerous level, hinting that it’s time for the Crisis Management Team, which Lim Ryoong Goo is no longer part of, to step in.

The newly released stills show Goo Ryun and Choi Joon Woong going undercover as part-time workers at the department store where Lim Yoo Hwa works. It looks like Ok Hwang (Kim Hae Sook) has made a visit to Earth herself, and she’s spotted refreshingly punishing a rude customer who grabbed Lim Yoo Hwa’s hair. At the same time, Choi Joon Woong displays perfect teamwork with her by protecting Lim Yoo Hwa. It will be interesting to find out why Ok Hwang has paid a visit to Earth and why Lim Yoo Hwa desires to end her own life. 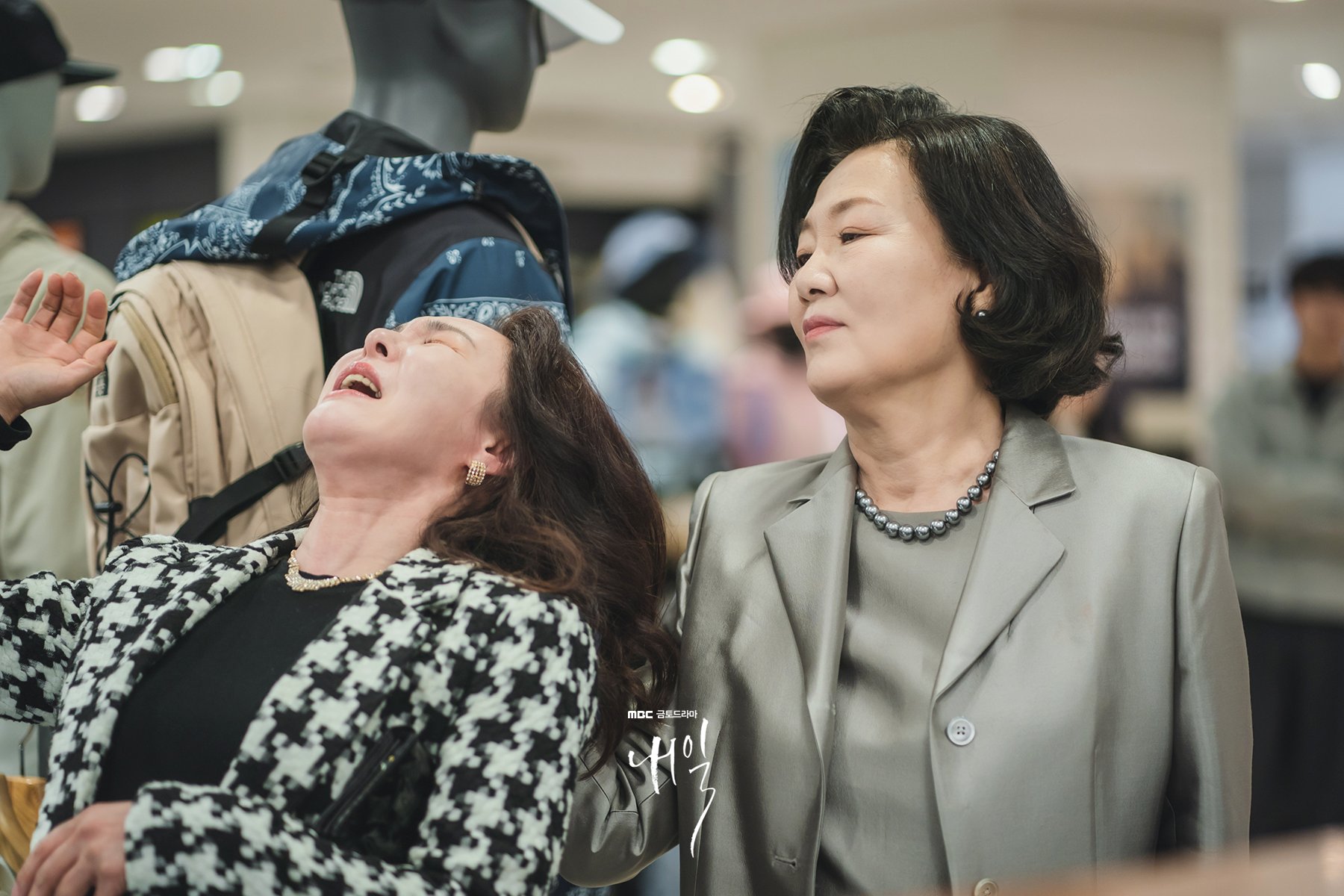 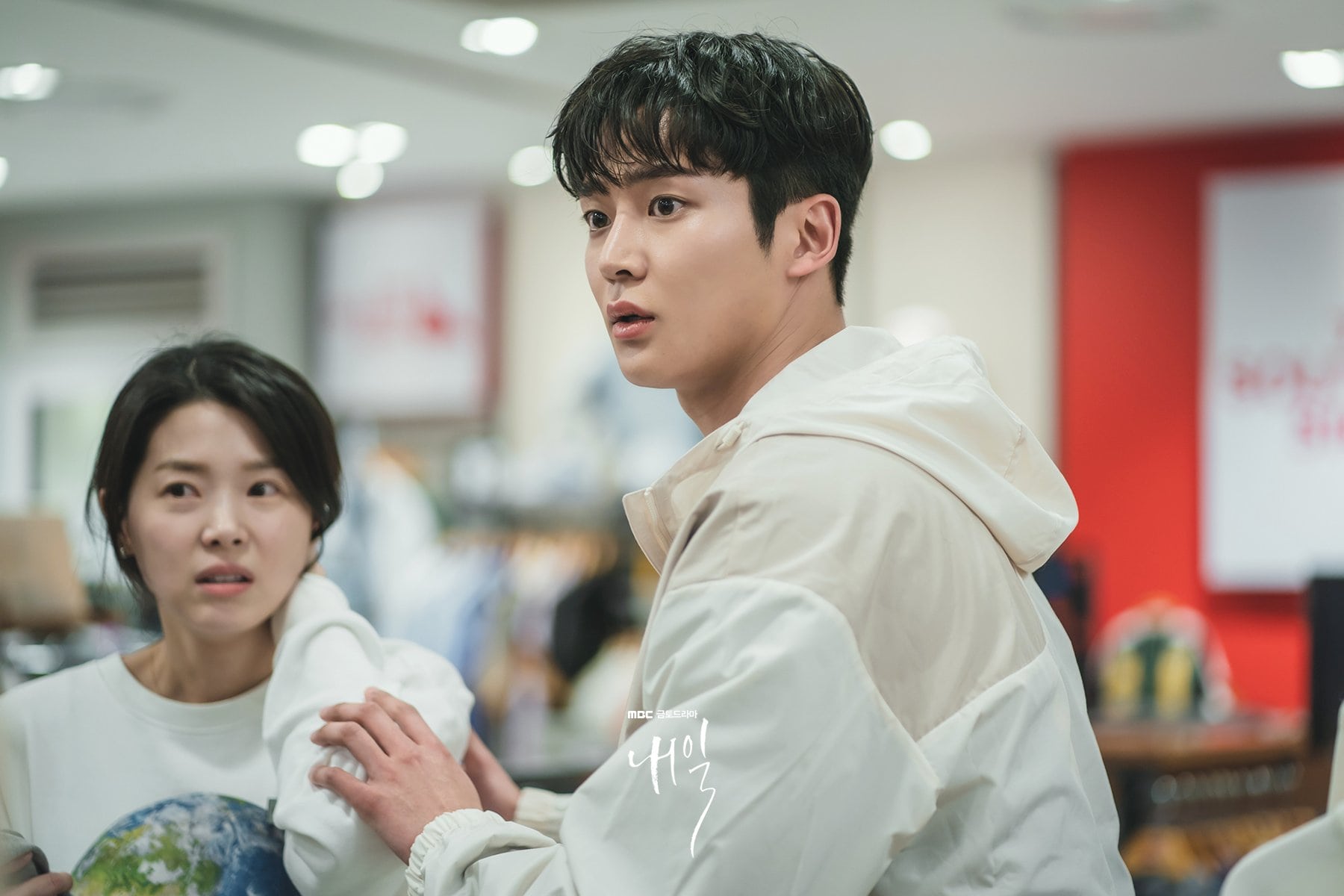 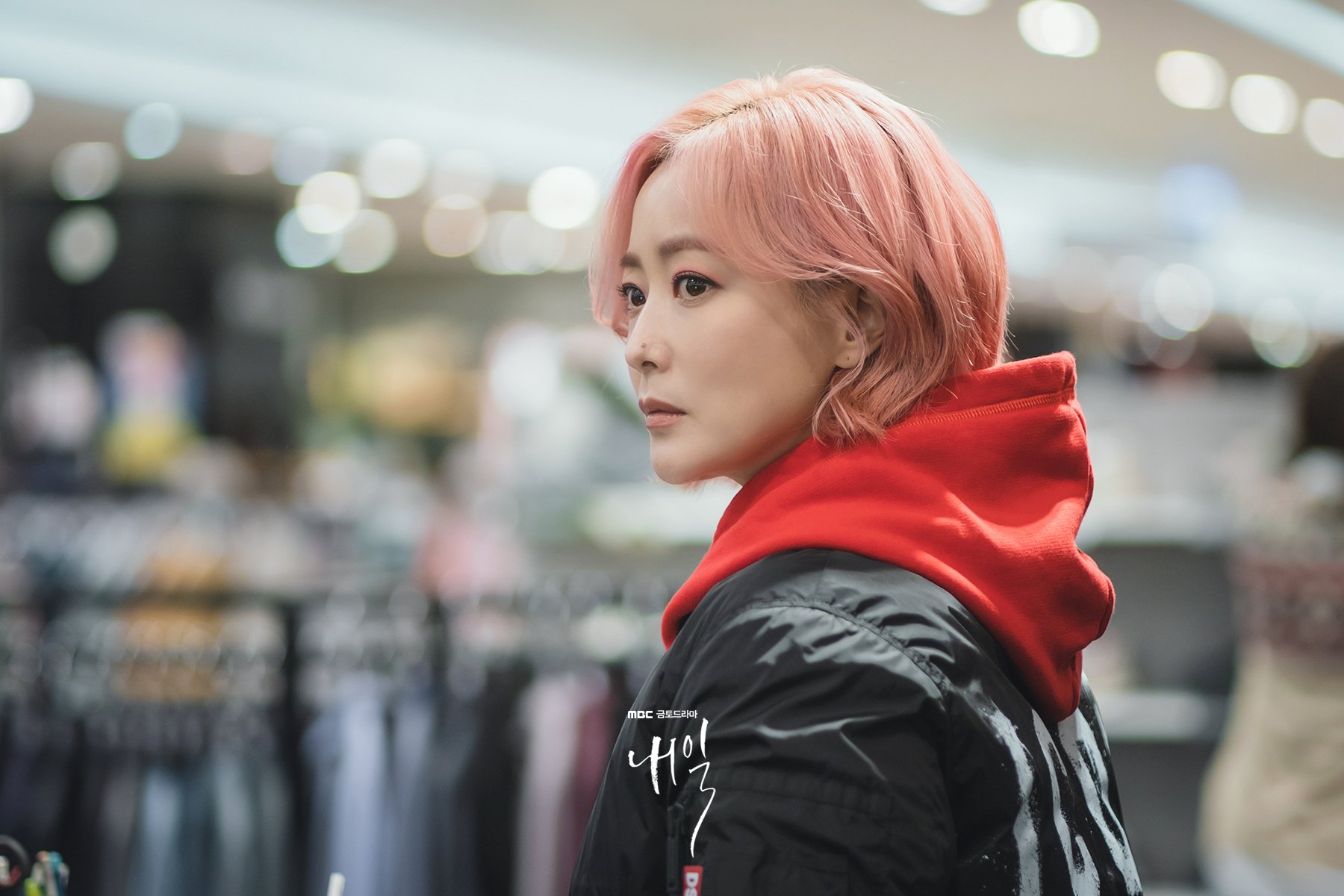 In the meantime, watch Kim Hae Sook in “About Time“: