IST Entertainment’s survival show “THE ORIGIN – A, B, OR What?” has come to an end!

During the May 7 finale of “THE ORIGIN – A, B, OR What?”, IST Entertainment officially announced the final lineup and name for its new seven-member boy group. The group will be called ABO, which stands for “At the Beginning of Originality.”

After starting out the episode with 10 finalists, the debut lineup for ABO was whittled down to seven members chosen through a combination of audience votes and votes by the show’s celebrity “balancers.” This week’s “balancers” included GOT7‘s JAY B, 2NE1’s Minzy, INFINITE’s Sunggyu, Jay Park, Apink’s Yoon Bomi and Hayoung, and VICTON’s Sejun and Subin.

The final results were as follows: 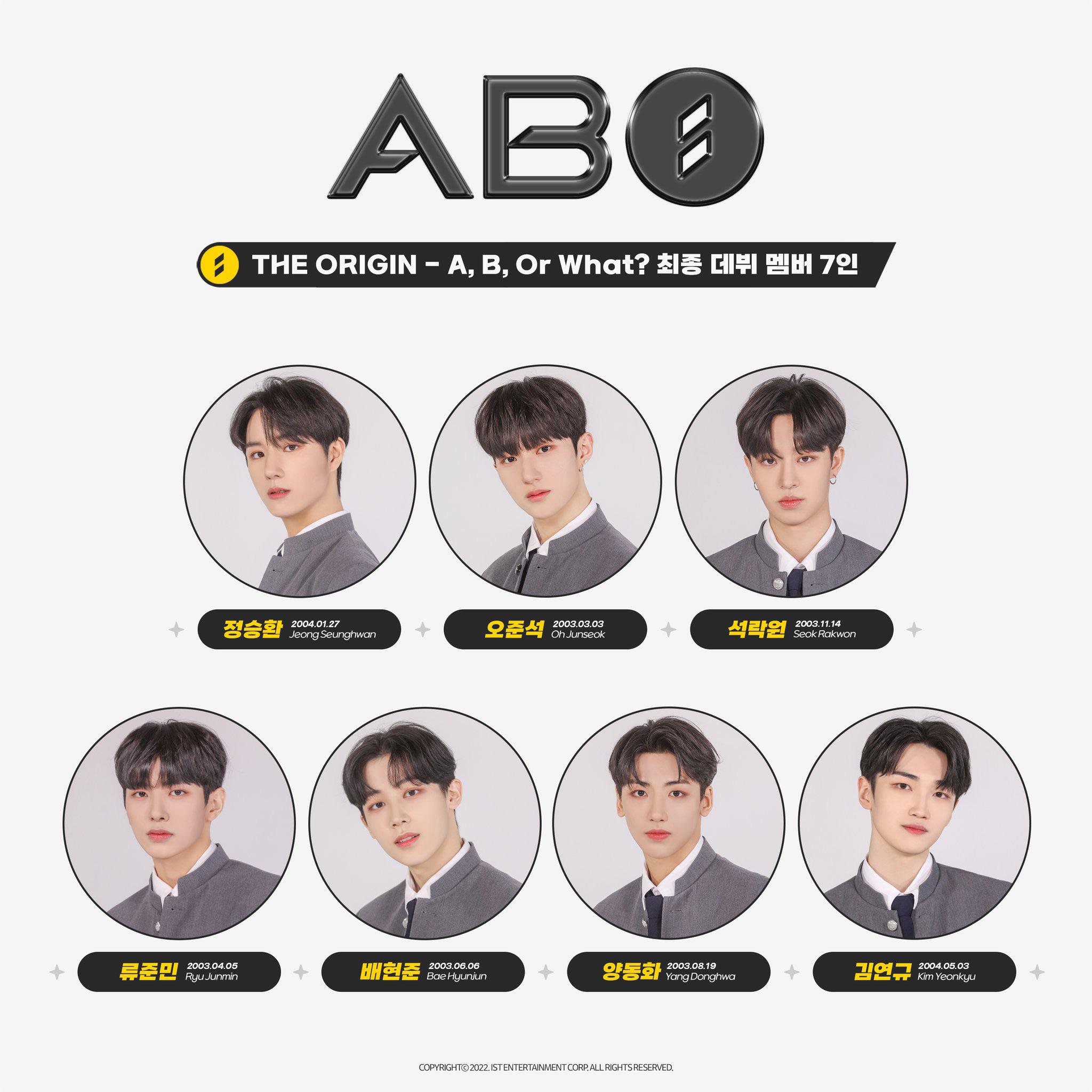 Watch the finale of “THE ORIGIN – A, B, OR What?” with English subtitles below!

IST Entertainment
ABO
How does this article make you feel?