MBC’s “Woori the Virgin” has released new stills ahead of its premiere!

A remake of the hit American show “Jane the Virgin” (which was itself based on a Venezuelan telenovela), “Woori the Virgin” tells the story of a woman named Oh Woo Ri who has been strictly maintaining her chastity before marriage but winds up pregnant after an accidental artificial insemination during a medical exam.

Im Soo Hyung will star as the titular Oh Woo Ri, who is the one and only daughter of Oh Eun Ran (Hong Eun Hee) and the precious granddaughter of Seo Gwi Nyeo (Yeon Woon Kyung). Oh Eun Ran gave up on her dream of becoming a singer to take care of Im Soo Hyung after becoming pregnant with her at a young age. Seo Gwi Nyeo lost her husband too soon, also raising Oh Eun Ran on her own. Oh Woo Ri grew up in a strict environment and became an upstanding young woman, but through an unpredictable accident became pregnant with the child of Raphael (Sung Hoon).

The new stills emphasize the stylish aura of Oh Eun Ran, who wears a red tweed jacket and pearls around her neck. Meanwhile, Seo Gwi Nyeo appears elegant and graceful in her role as grandmother of the all-female family, leading drama fans to anticipate their dynamic.

The three women gather together on the sofa to watch TV, with Seo Gwi Nyeo and Oh Woo Ri cracking smiles as they view the program. However, Oh Eun Ran’s expression appears unreadable, as if something unsettling is happening on the screen. Oh Woo Ri also breaks into a frown, furrowing her eyebrows in worry. 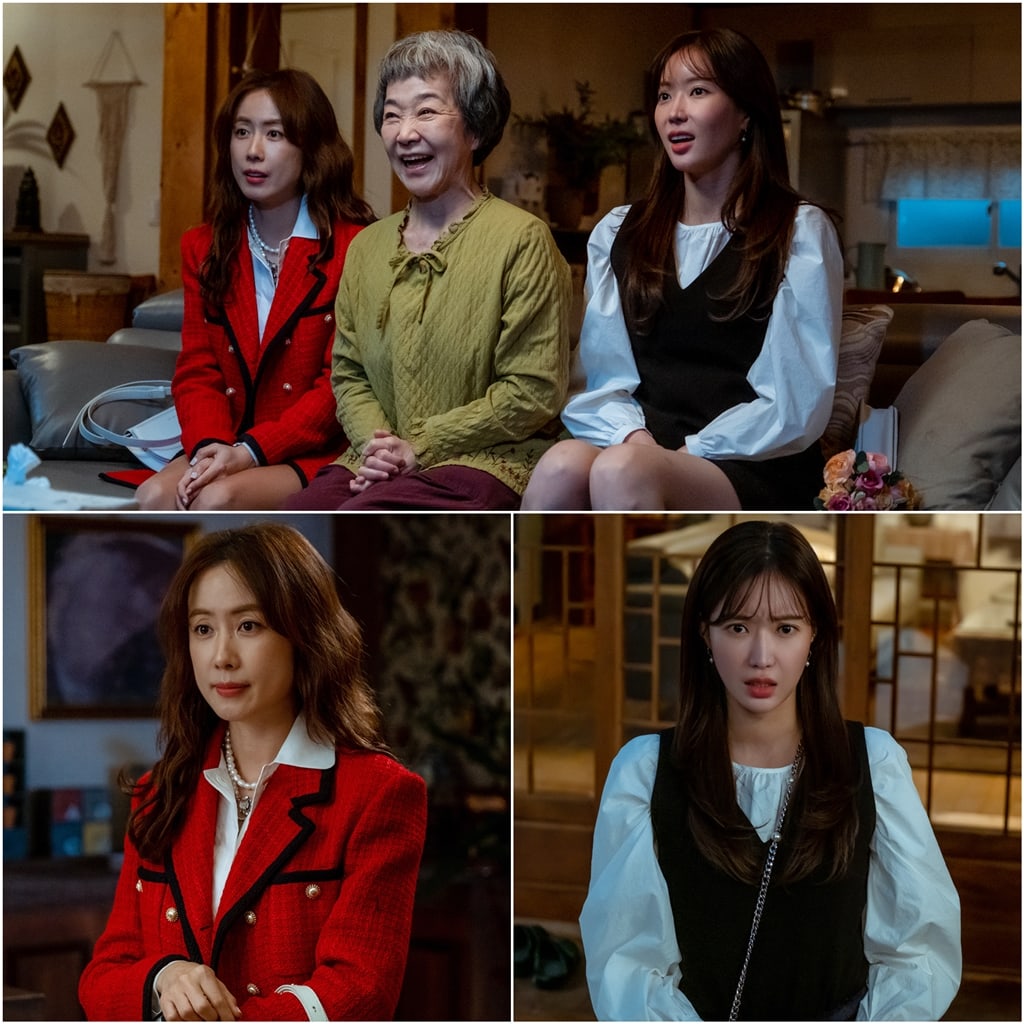 The drama’s producers commented, “Im Soo Hyang and Hong Eun Hee were awkward in their mother-daughter roles at the script reading, but as soon as the first day of filming began they grew completely immersed in their roles as Oh Woo Ri and Oh Eun Ran. They carried the first part of the drama.”

They added, “‘Woori the Virgin’ will begin with Oh Woo Ri stepping foot in Raphael’s unbelievable world. Keep an eye out for the choices Oh Woo Ri and her family will make as they go through various trials, as well as how they will grow together.”

Check out a teaser for the drama on Viki below: