TVING’s upcoming original series “Rose Mansion” (literal translation) is set in an apartment scheduled for reconstruction and follows Ji Na (Lim Ji Yeon) as she searches for the truth behind her sister’s disappearance. She’s joined by detective Min Soo (Yoon Kyun Sang) as they investigate suspicious neighbors hiding their greed behind ordinary looks and discover unexpected truths in the process.

New stills reveal the bleak environment surrounding the apartment. Ji Na trudges through the rain to her house in search of her sister, but wears a surprised expression. The object of her gaze is none other than her neighbors. Despite appearing normal, the neighbors give off an inexplicable chill that piques one’s curiosity. 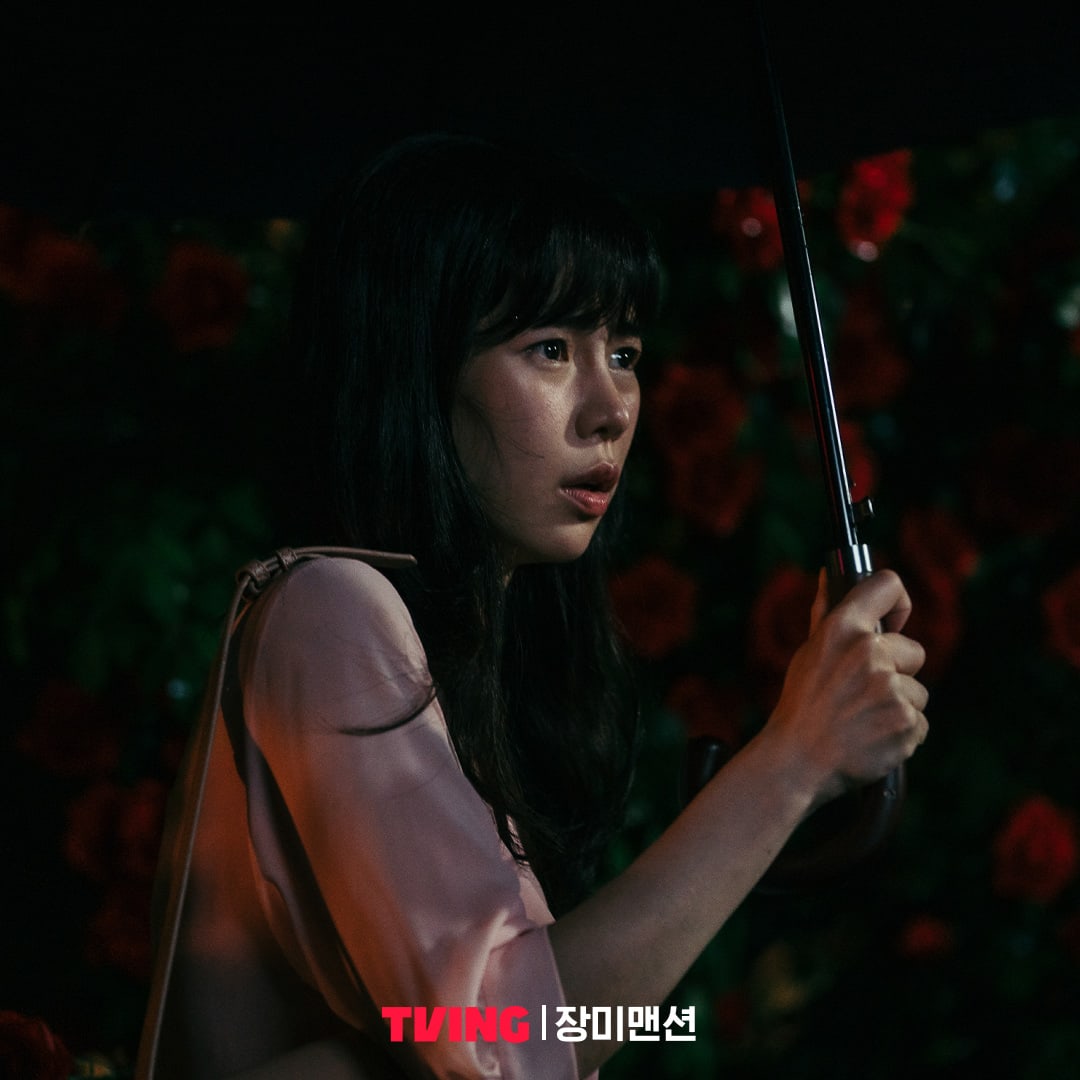 Jo Dal Hwan takes on the role of Woo Hyuk, who can usually be found in his motor home. He stands out on Ji Na’s radar due to his previous murder conviction. Lee Mi Do will play the role of Sook Ja, the chairwoman who is eager to get a piece of the action in the apartment’s redevelopment. So intent is she on fixing every problem that she frequently butts heads with others.

Joining them are Kim Do Yoon as Charlie, the owner of the mart on the first floor of the apartment complex, and Jung Ae Ri as his mother. 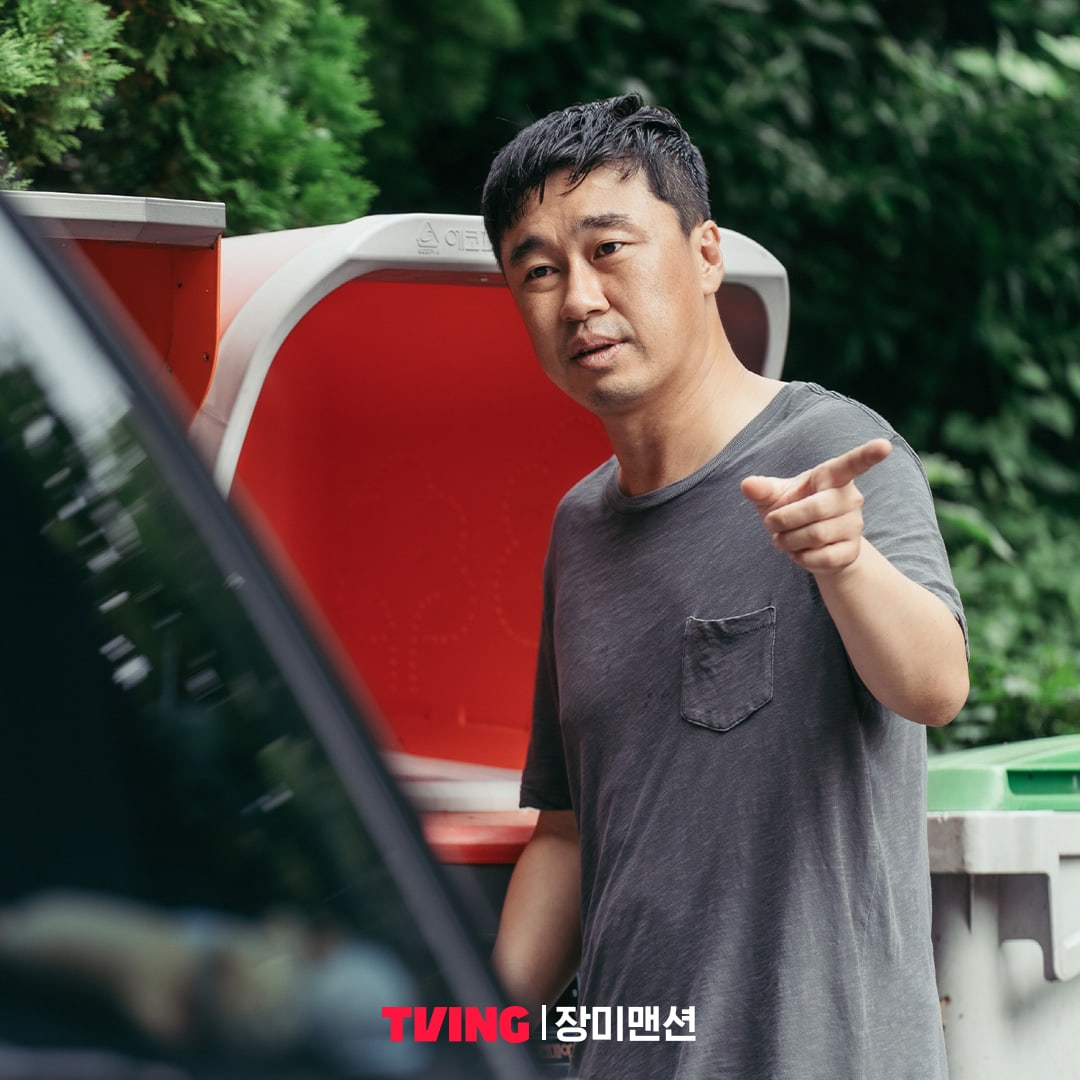 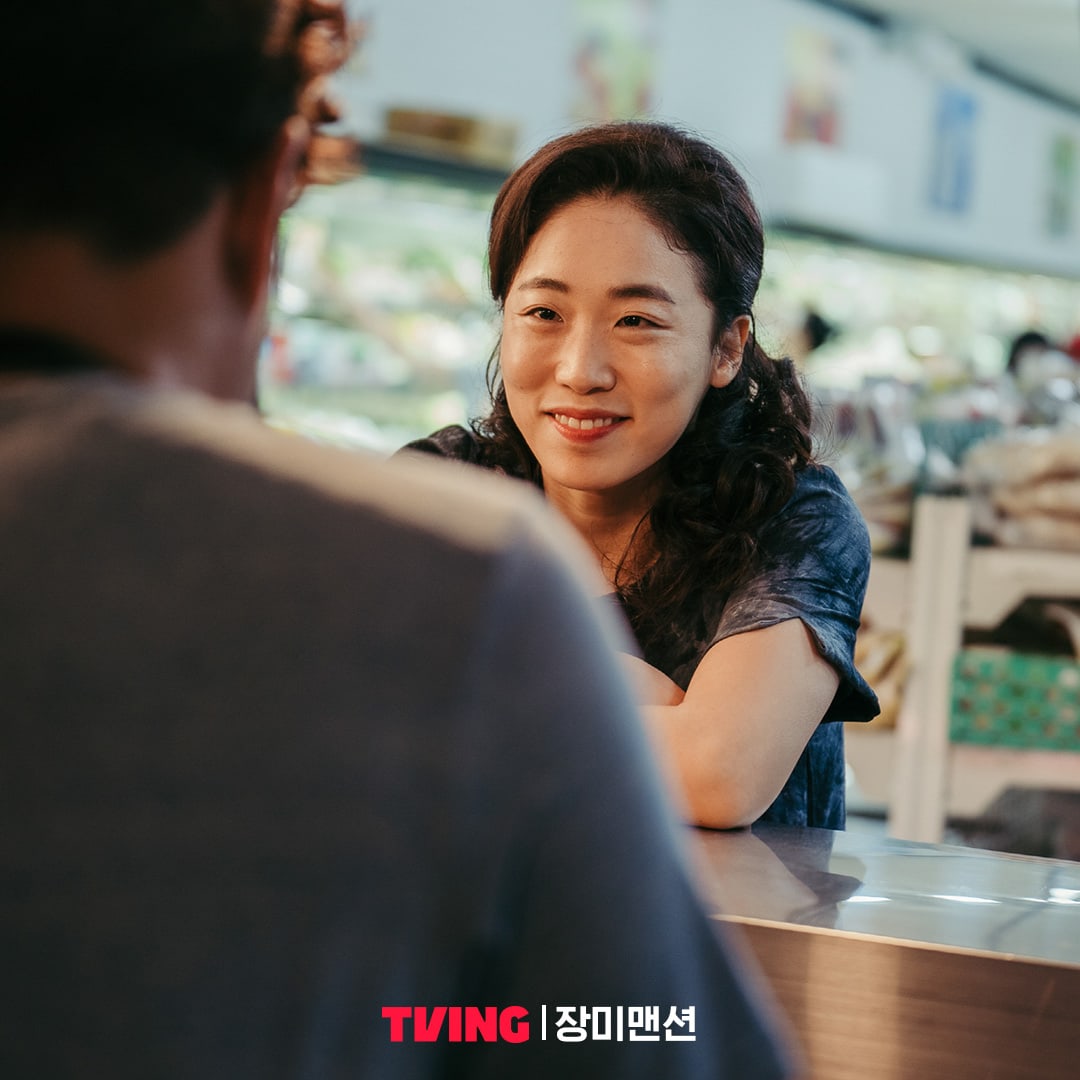 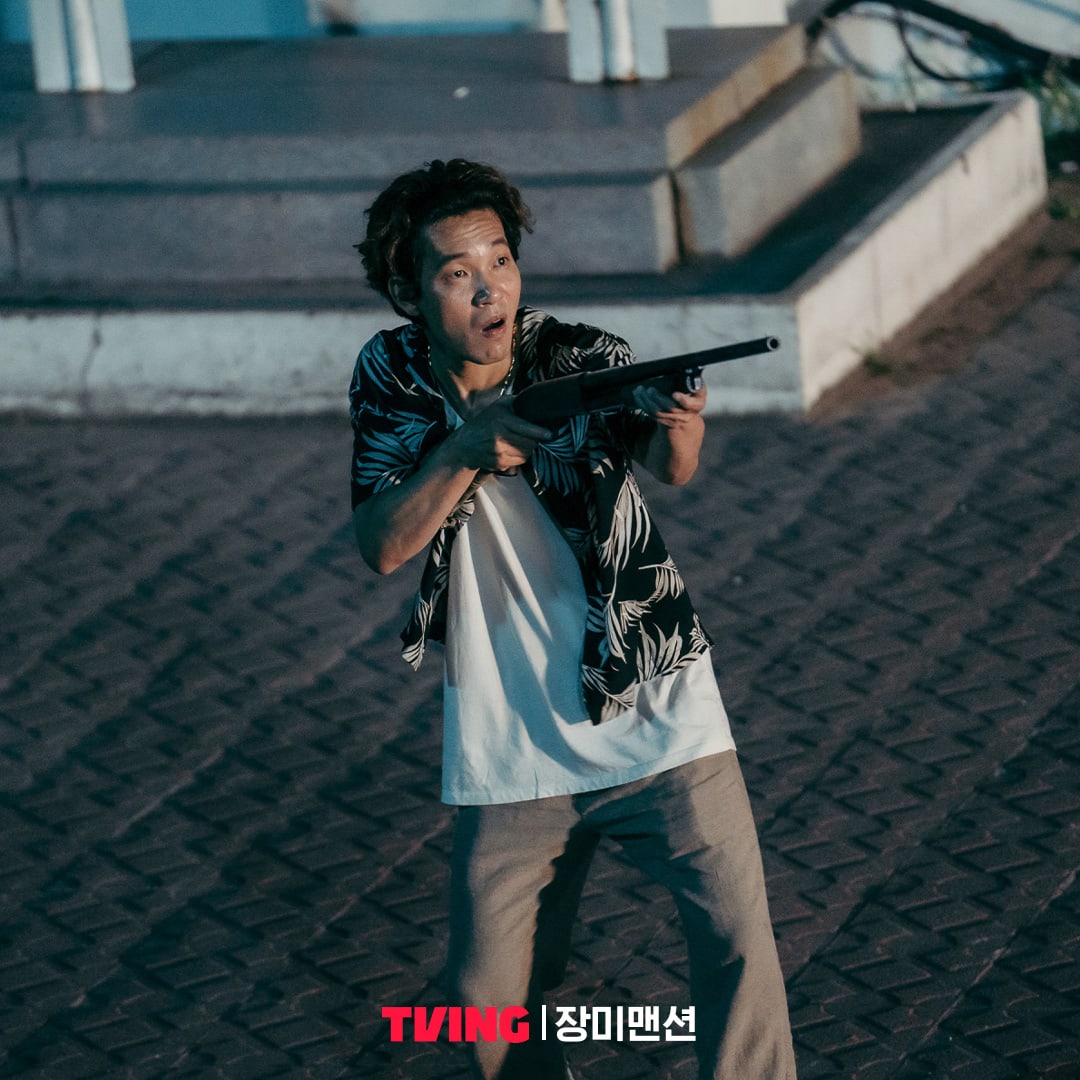 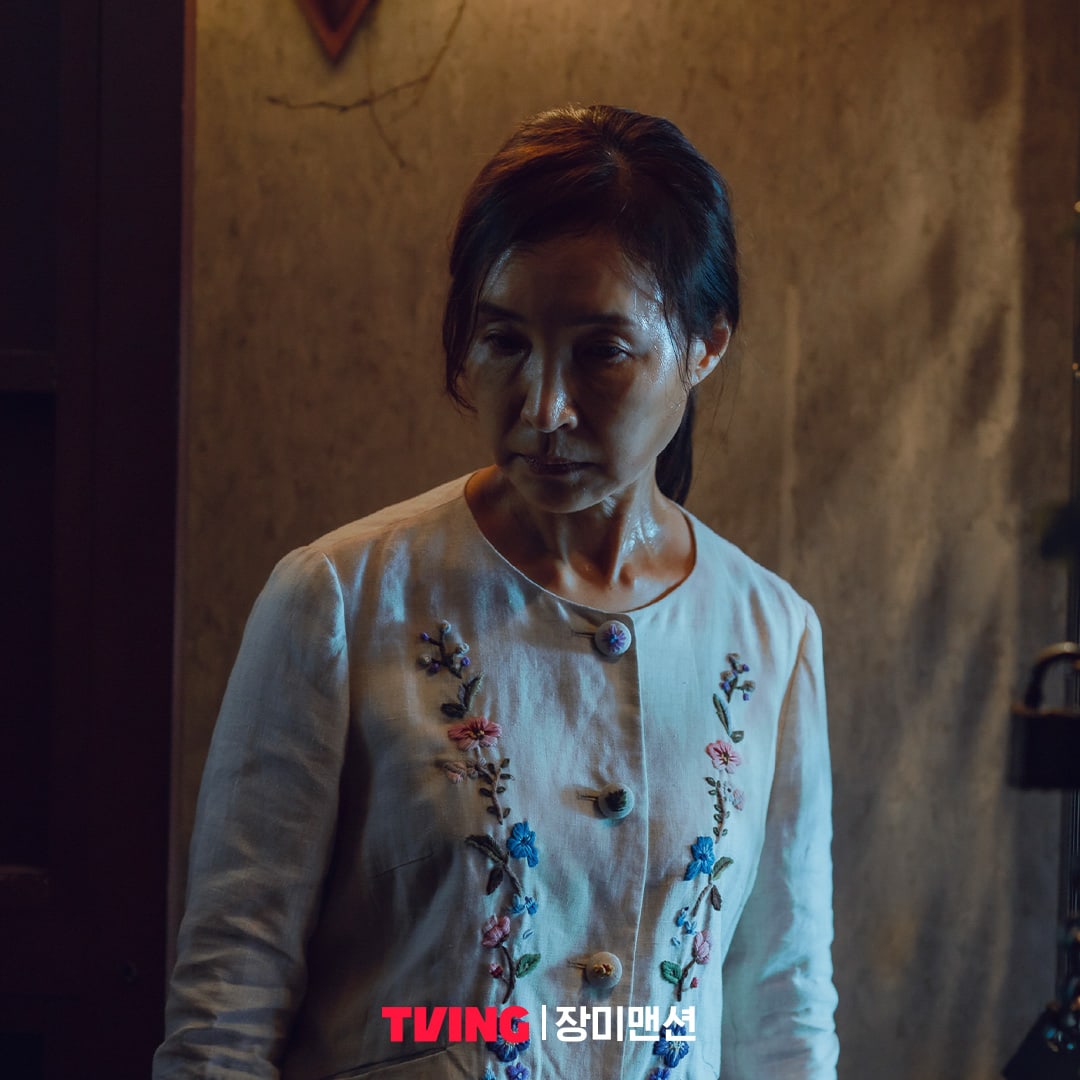 Each person brings their own motives to the table, with the synergy between the cast members set to be a highlight of the drama. Lim Ji Yeon commented, “I think the phrase ‘acting party’ is exactly right. Each of the actor’s portrayals will be a key point to look out for. Keep an eye out for the backgrounds of all the suspicious tenants.”

“Rose Mansion” premieres on May 13.

In the meantime, watch Lim Ji Yeon in “High Society” below!