Nearly two months since announcing follow-up promotions for TREASURE’s viral hit “DARARI,” the group has finally unveiled a performance video for a remix of the song!

TREASURE has finally announced the release date for their highly-anticipated video for “DARARI”!

Shortly after TREASURE made their long-awaited comeback with “THE SECOND STEP : CHAPTER ONE” and its title track “JIKJIN” back in February, one of the mini album’s B-sides—”DARARI”—went viral on TikTok.

Towards the end of March, YG Entertainment announced that due to all the love “DARARI” was receiving, TREASURE would soon return with follow-up promotions and a new music video for the song.

On May 9, the agency released a teaser poster revealing that TREASURE would drop an exclusive performance video for the remix version of “DARARI” on May 13 at midnight KST. 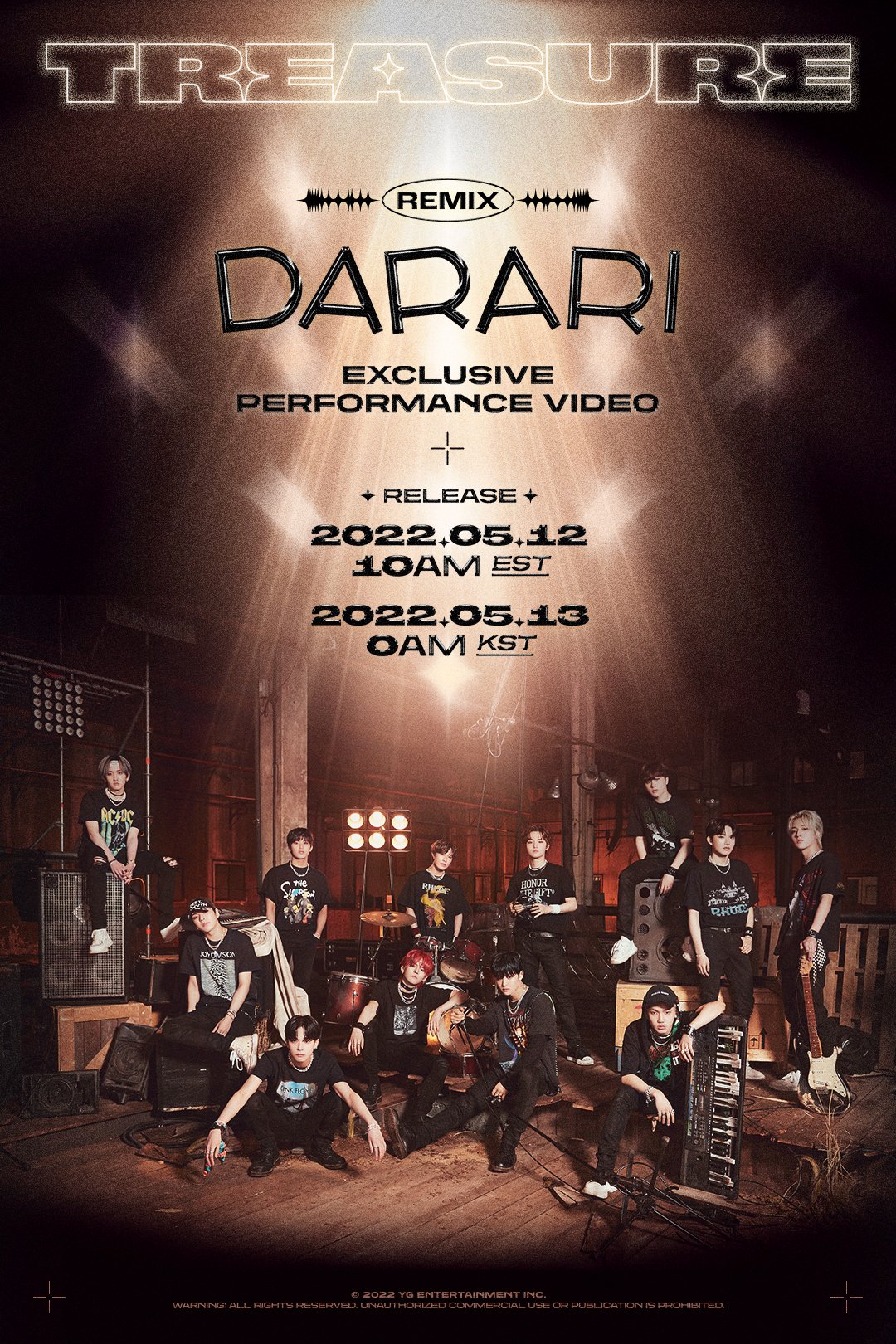 Are you looking forward to seeing TREASURE promote “DARARI”?