The newly released poster features items that represent each of the characters scattered about in the background. On the right side representing Seul Bi in pink, there are pictures of a teddy bear, lollipop, and fancy glove. Meanwhile, the left side representing Gong Soo Kwang in blue has various images of seafood including squid, shrimp, and fish. With the two sides taped together, the poster hints at the unlikely meeting between “goddess of fortune” Seul Bi and “man of misfortune” Gong Soo Kwang.

Seul Bi and Gong Soo Kwang are surrounded by a cheerful and romantic atmosphere, raising anticipation for the couple’s upcoming chemistry. 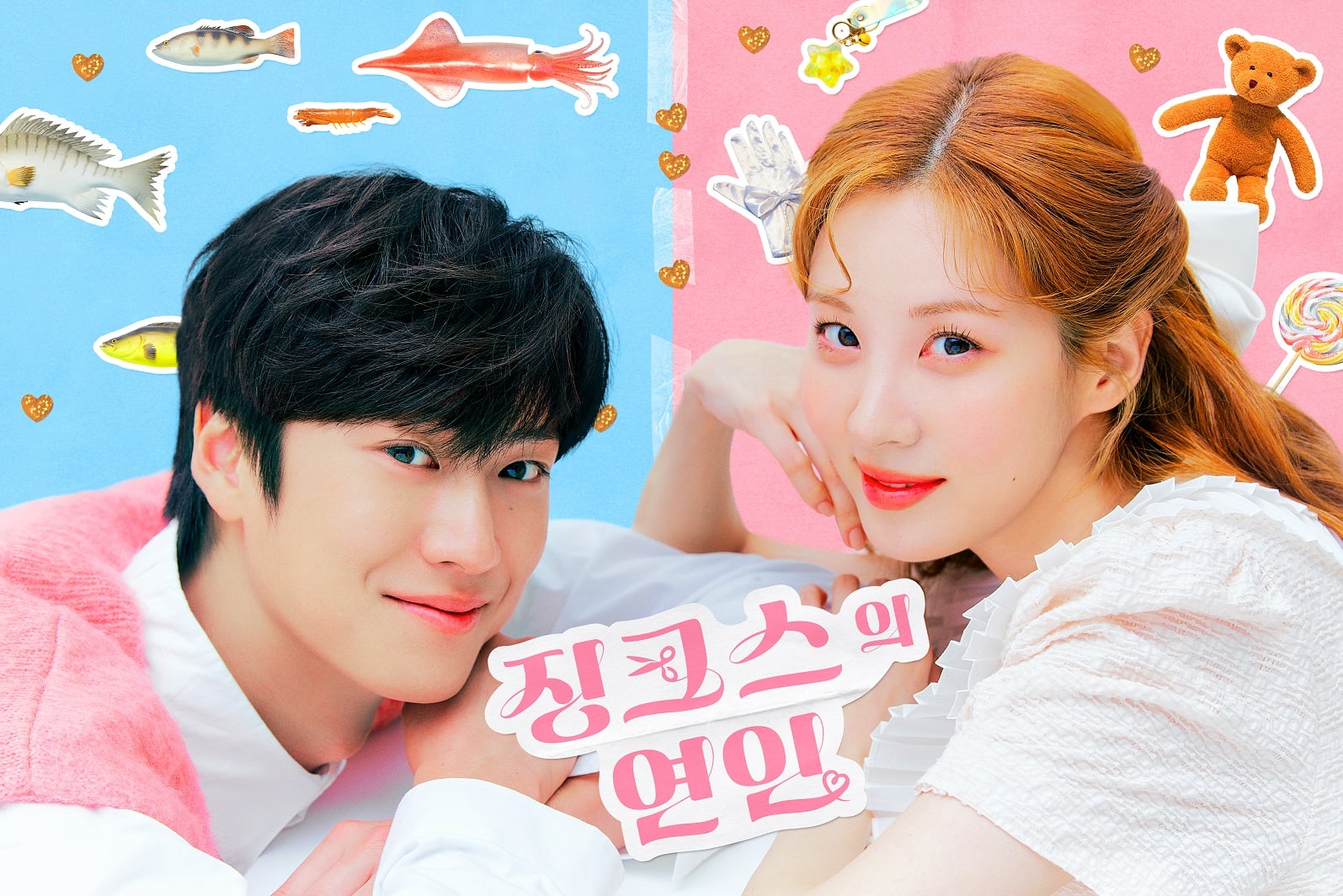 The production team shared, “The meeting of the two leads, who appear to be living in different worlds with the boundary between fortune and misfortune between them, will deliver a new type of entertainment. We hope that this becomes a drama that is like an unexpected windfall and a gift given amidst everyday life to the viewers. Furthermore, we hope that viewers preview the vibe of ‘Jinxed at First’ through the symbolic items within the poster.”