The latest stills from “Bloody Heart” are enough to keep viewers on the edges of their seats!

Previously, Lee Tae went beyond the palace walls to save Yoo Jung, knowing full well that this will put him in danger. After being saved, Yoo Jung asked Lee Tae to marry her, but he rejected her, saying, “I have a woman I must wed.” In the meantime, Park Gye Won (Jang Hyuk) found out that Lee Tae has been stealthily keeping a relationship with a woman. He was enraged at the fact that there is something about Lee Tae he was unaware about.

In the released stills, the tense dynamic involving the three becomes even more apparent. Lee Tae shows a cold-hearted look while viewing a document holding information on a potential bride. On the other hand, Yoo Jung is seated with her head down, gaze filled with the fury and hatred she is holding back. Park Gye Won is shown deeply lost in thought, oozing with a heavy note of charisma.

Regarding this scene, the production team commented, “In today’s episode, Lee Tae, Yoo Jung, and Park Gye Won will really become entangled. Please pay attention to what kind of decision Park Gye Won will come to after identifying Lee Tae’s weakness. The same goes for Lee Tae’s plans to ruin those who aim to switch out the throne. A very interesting narrative will play out in ‘Bloody Heart,’ so please watch every episode and don’t miss out.” 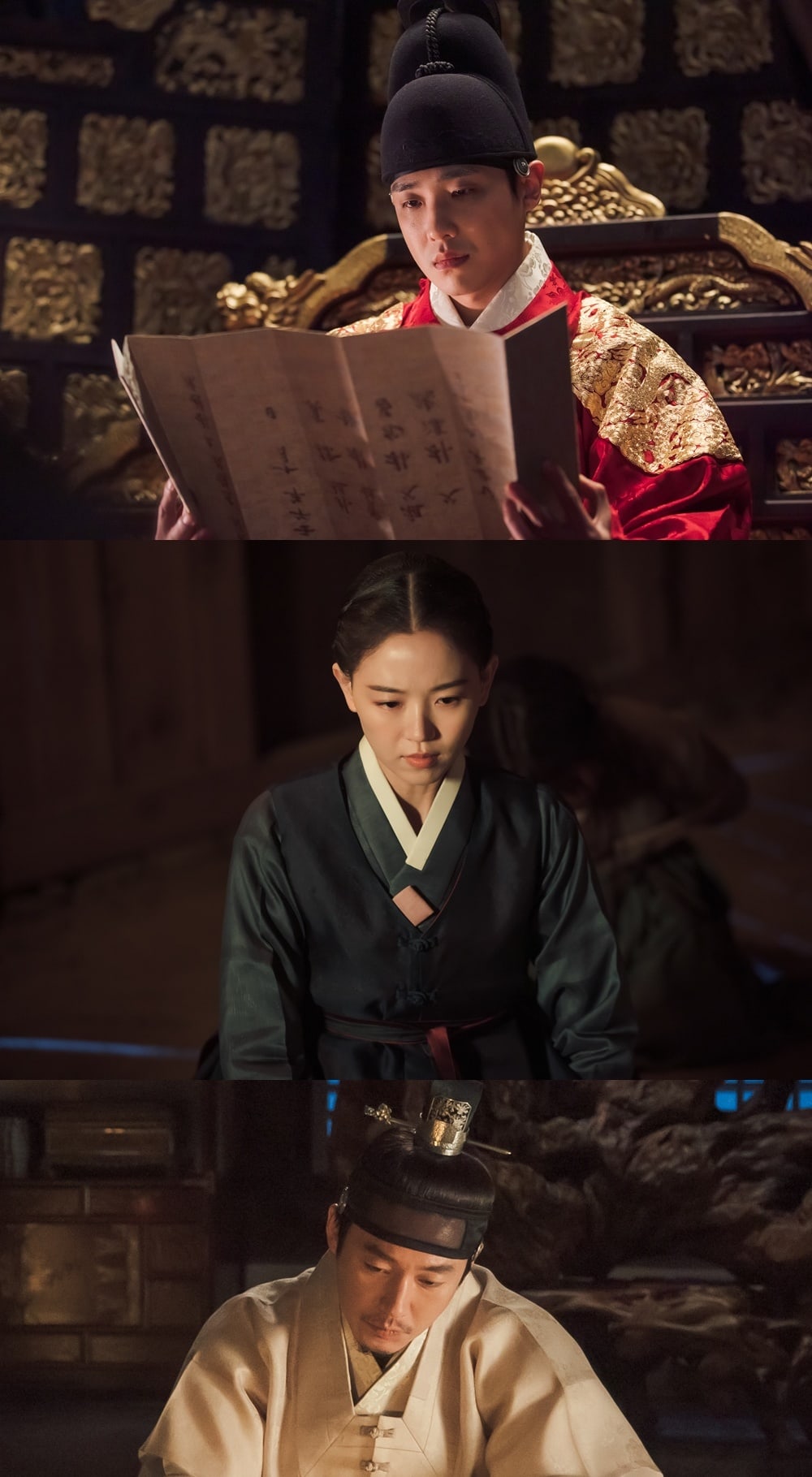 Additional photos capture the complicated situation Lee Tae and Yoo Jung have been placed in. Lee Tae has a resolute look tainted by grief, telling of his thoughts on having to put distance between himself and the woman he loves. Even after denying Yoo Jung’s request to get married, he embraces her and whispers something in her ear, unable to let go of his concern for her. 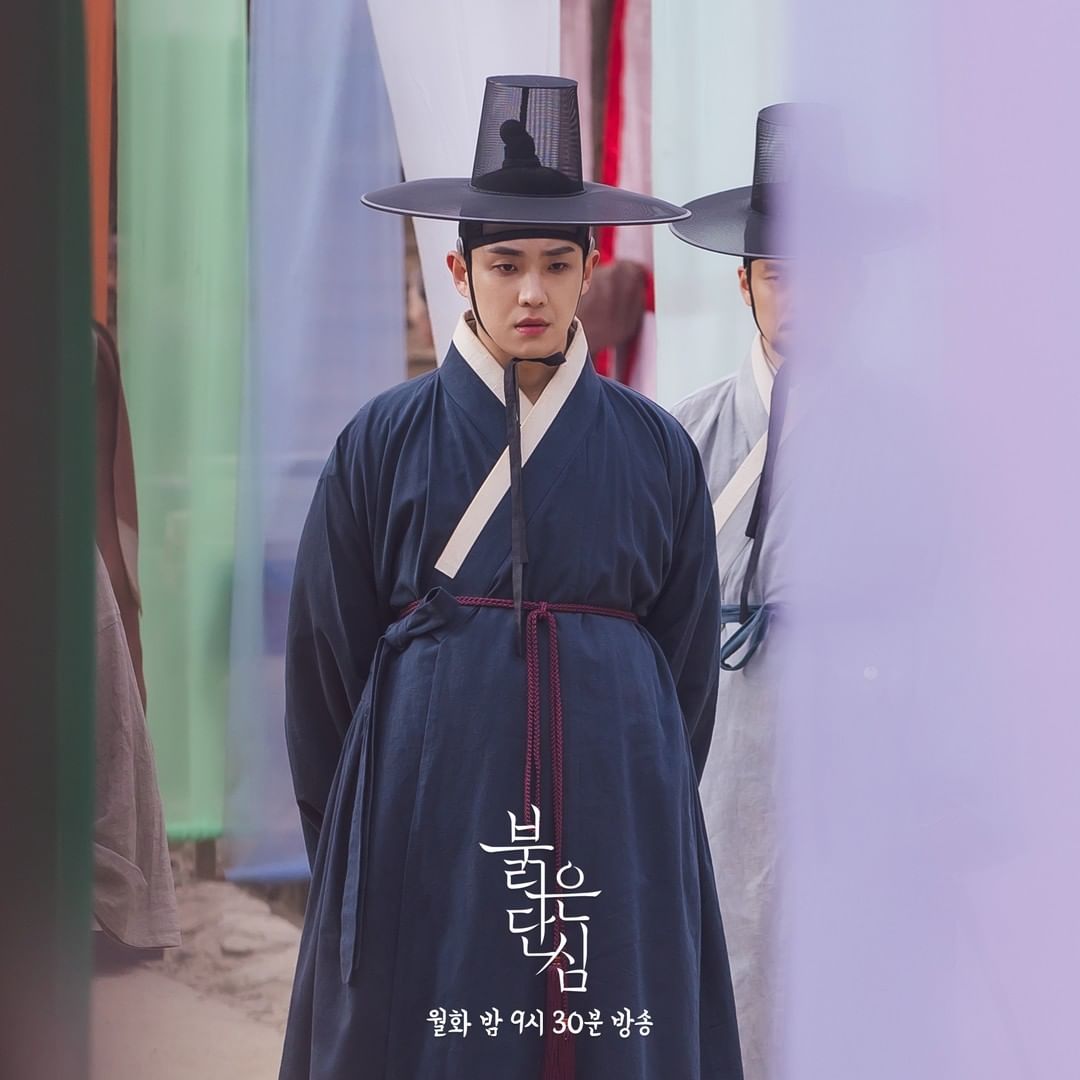 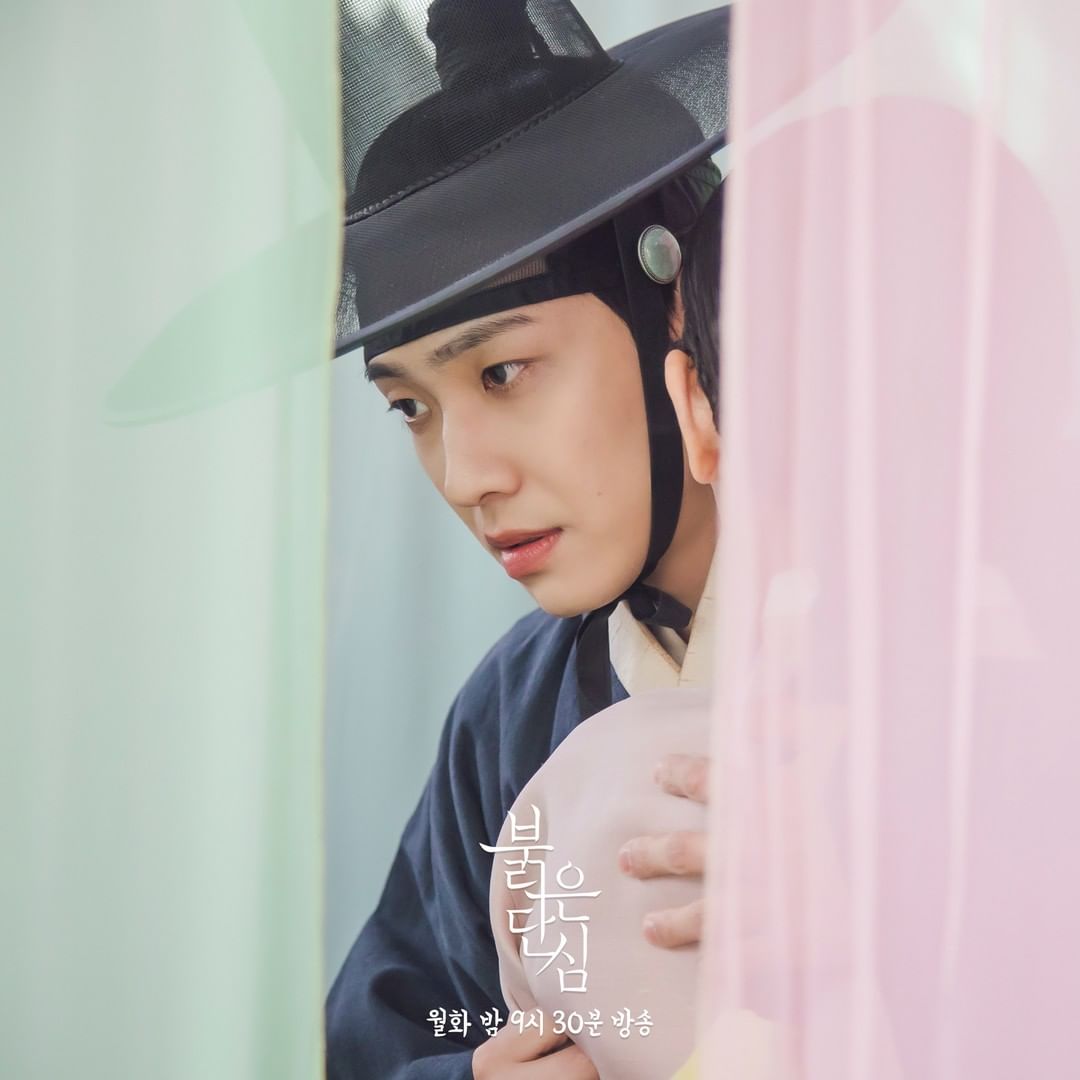 As for Yoo Jung, she manages to look Lee Tae right in the eyes. She becomes emotional at Lee Tae’s unexpected response and off-putting attitude. She will raise her voice at her lover, leaving viewers to wonder what must have caused such an interaction to occur in the middle of the street. The complex situation has both parties locked up in a confusing mix of emotions, evident in their mixed facial expressions. 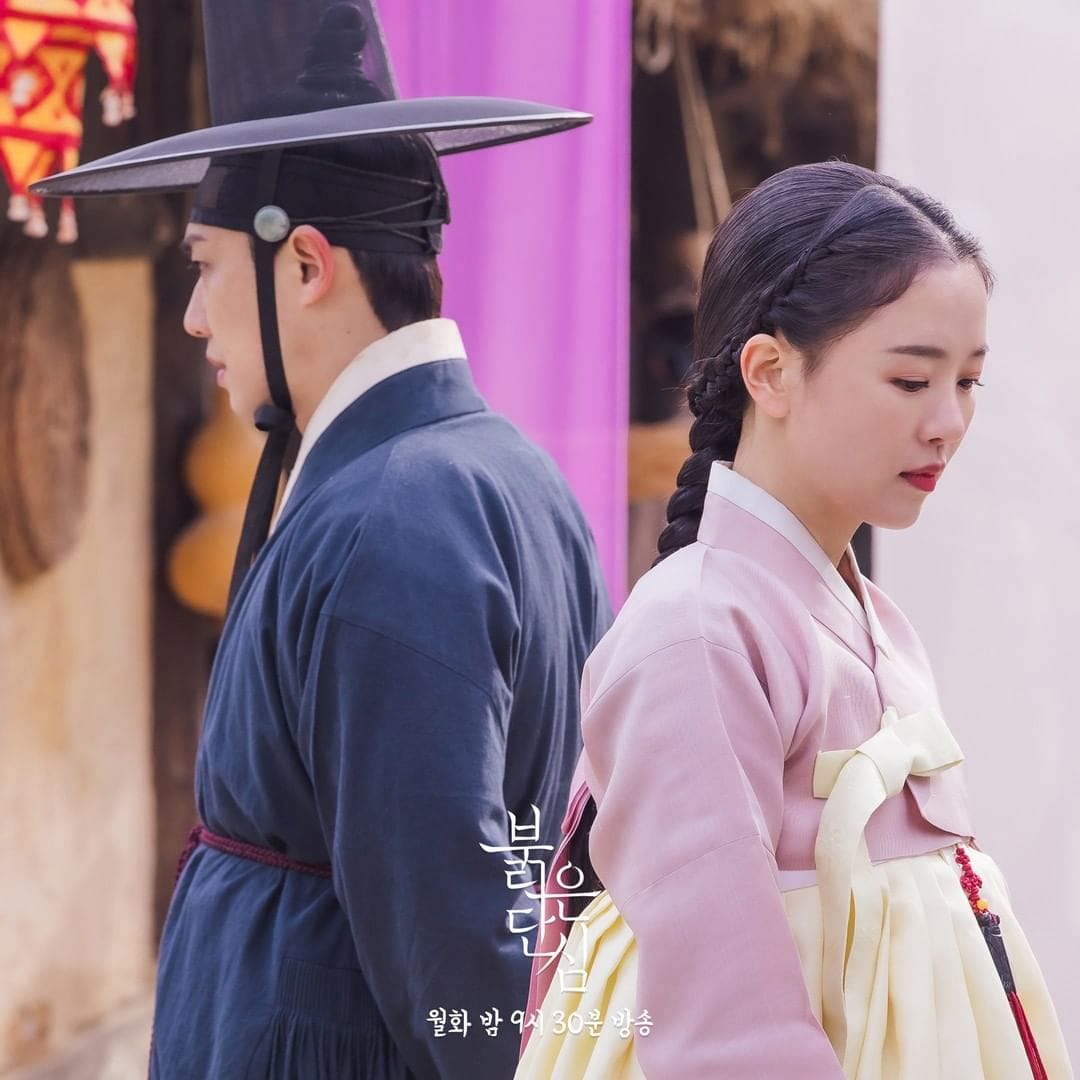 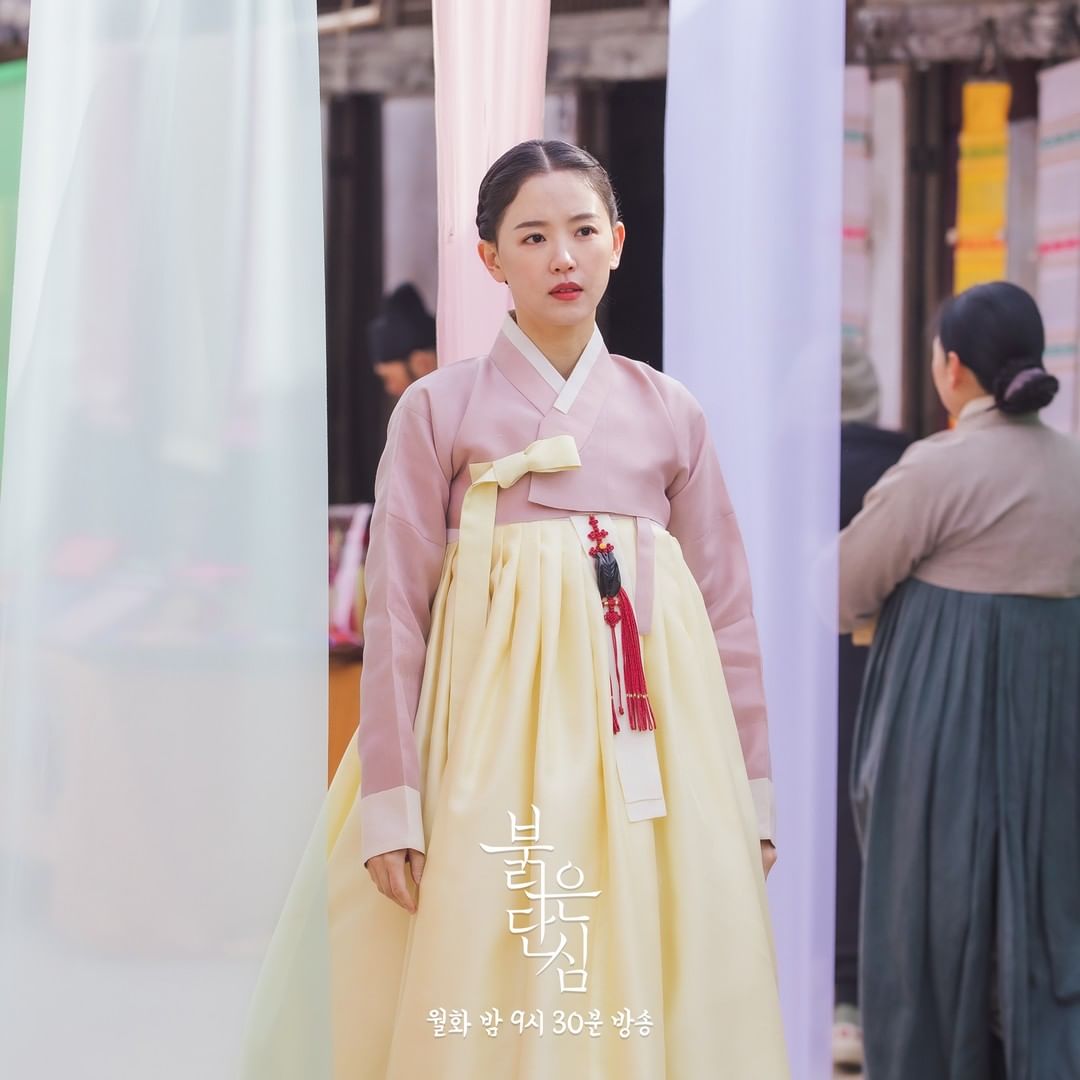 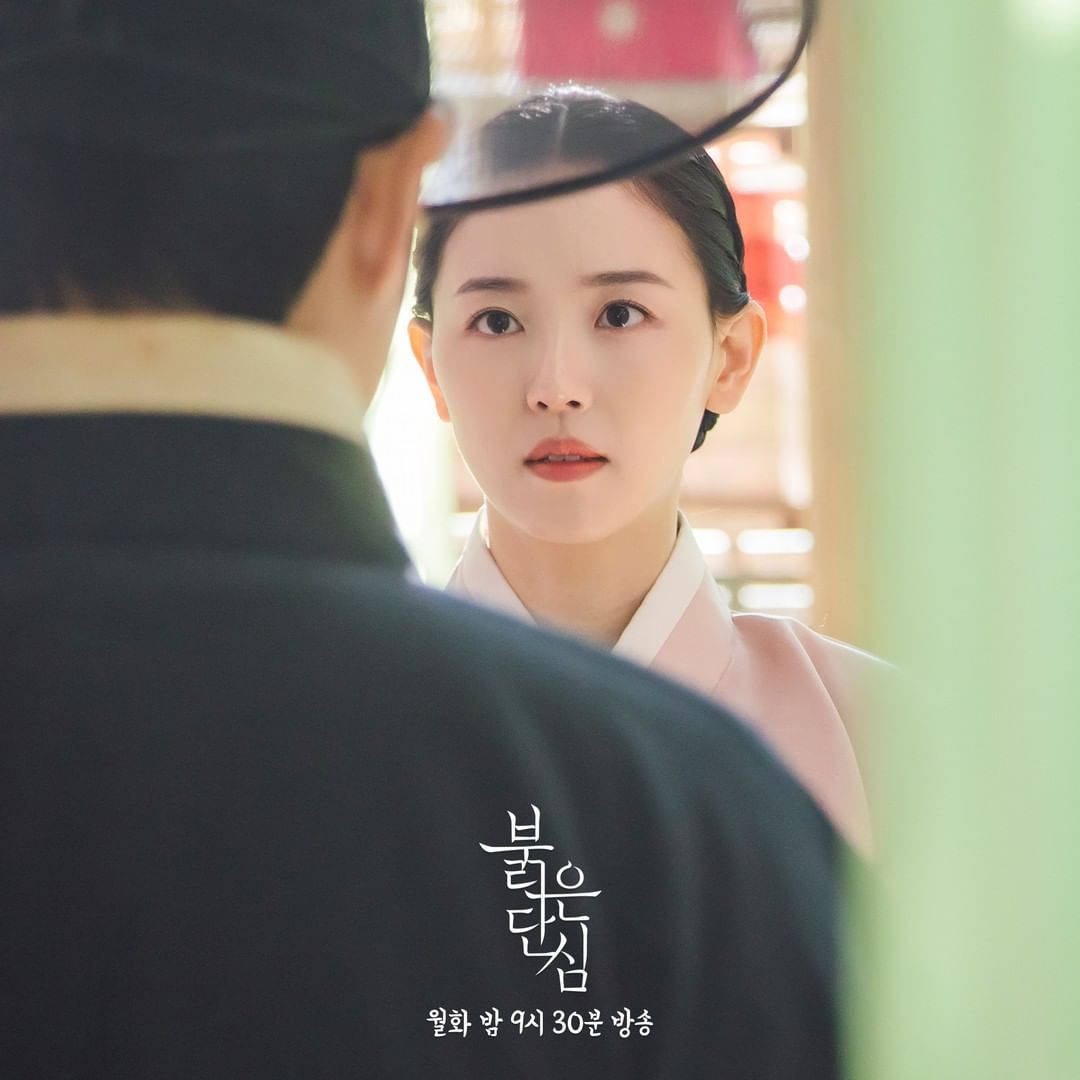 The production team commented, “In the third episode, Lee Tae will have an unexpected encounter with Yoo Jung. Please be on the lookout for how these two will react and what will ensue thereafter. The viewing experience will be even more fun when paying attention to how their emotional narrative evolves over time.”

“Bloody Heart” airs every Monday and Tuesday at 9:30p.m. KST.

Also watch Lee Joon in “My Father is Strange” here: