The stars of “The Penthouse” will soon be reuniting!

In February, it was confirmed that various cast members would be starring in “The Penthouse” director Joo Dong Min’s debut short film “It’s Alright.” The black comedy film follows six different stories as people navigate the height of the COVID-19 pandemic. It will air through TVING’s original “All Viewers+: Shortbuster,” which captures the processes of film makers creating short films.

Ahead of the film’s release, TVING has unveiled a dramatic poster and trailer. The poster depicts the characters faced with different situations during the pandemic. On one side, there are six phrases that presumably refer to the six different stories within the film. They read, “Thank u, Mask,” “Counterattack,” “Vertigo,” “Real Mask,” “Blood Rain,” and “Save Us.” 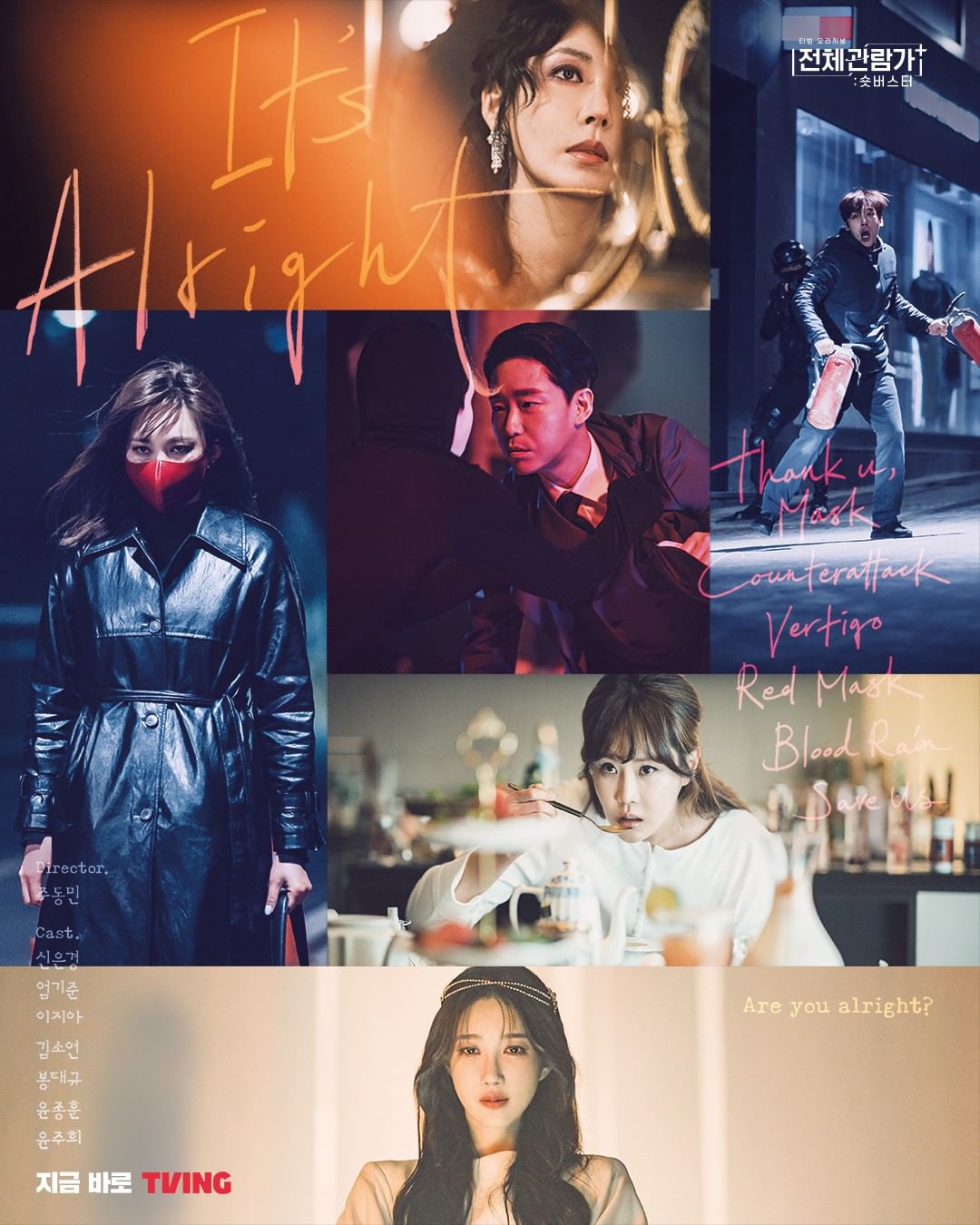 The trailer showcases the harsh reality of the pandemic as citizens of Seoul suffer all kinds of hardship. As the characters bring out their masks, rapid tests, hand sanitizers, hazmat suits, and other COVID-19 prevention essentials, a news reporter reads out the daily death toll and discusses the increasing severity of the virus. The clip takes a scary turn as the pandemic forces each character into mysterious situations that may lead to an unfortunate end.

“It’s Alright” will premiere on May 12 at 4 p.m. KST through TVING’s original “All Viewers+: Shortbuster.”

In the meantime, check out “The Penthouse” with subtitles here: