Song Ji Hyo recently shared the truth behind her “love line” with Kim Jong Kook, her honest thoughts on dating and marriage, and more!

On May 10, Song Ji Hyo appeared as a guest on MBC Every1’s “Tteokbokki Brothers,” which is hosted by her fellow “Running Man” cast member Ji Suk Jin.

During the broadcast, Song Ji Hyo talked about her “love line” on “Running Man” with Kim Jong Kook, confessing, “To be honest, I really hated it at the beginning. I even asked Jong Kook oppa, ‘Let’s not do that.'” 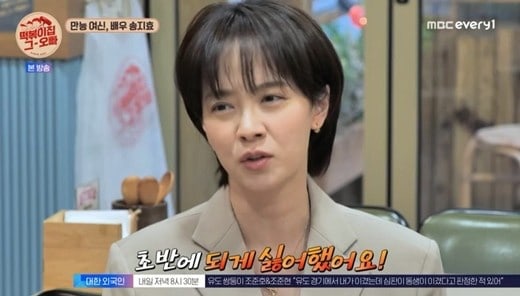 Before this, Song Ji Hyo previously had a “love line” with former “Running Man” cast member Gary. The two were infamously known as the “Monday couple,” which refers to the fact that “Running Man” films on Mondays. She elaborated, “I had a love line with Gary oppa, but after he left, I suddenly had a love line with Jong Kook oppa. I couldn’t allow myself to be one [person] and have [love lines] with two men. I hated it so much. That’s why I asked [Kim Jong Kook].”

She continued while laughing, “But one day, I saw [reactions to our love line] and the response was okay. I thought, ‘Is it okay if I do this?’ but now, people ask us to do it more.” 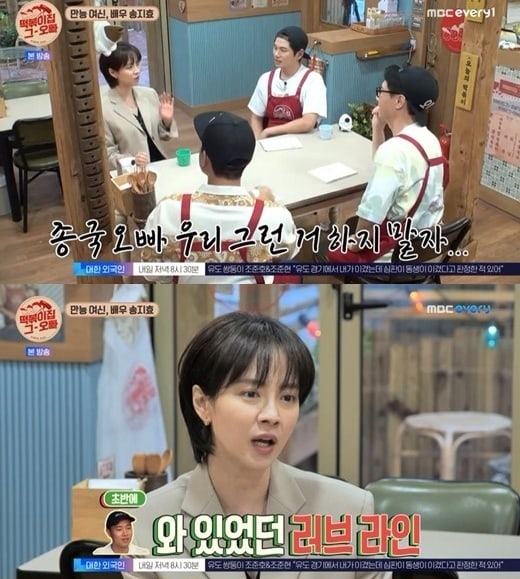 Previously, Ji Suk Jin had declared that he would give Song Ji Hyo and Kim Jong Kook his entire estate if the two got married. When asked if that was still valid, Ji Suk Jin hilariously answered, “No.” He awkwardly continued, “If the two get married, I said I’d buy them a big TV and Jong Kook said, ‘While it would never happen, even if we were to get married, please don’t come.'” 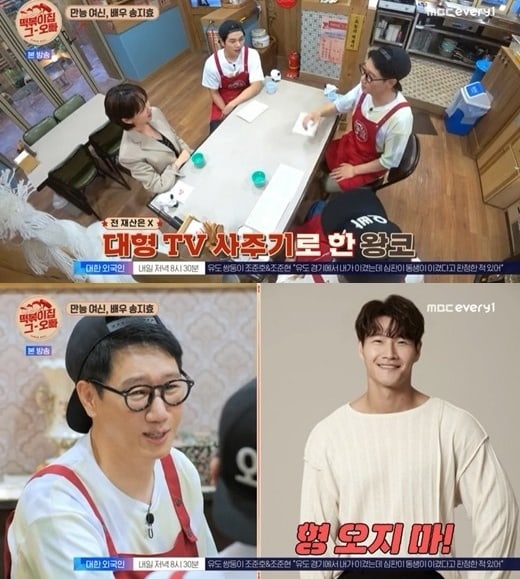 When Song Ji Hyo was asked if Kim Jong Kook had even given her butterflies, she candidly responded, “Really, no.” She revealed that her ideal type is the exact opposite of Kim Jong Kook, sharing, “I like people who have a bit of a tummy and are like Winnie the Pooh.”

Song Ji Hyo also explained that she had never been on a blind date and preferred to meet people naturally. She added, “I don’t want to meet men for marriage. If I’m seeing a man and I start thinking that I want to get married, then I want to do it.”

Check out an episode of “Tteokbokki Brothers” here!