“Yumi’s Cells 2″ has shared an exciting preview of the heart-fluttering romance between Kim Go Eun and GOT7’s Jinyong!

Based on the popular webtoon of the same name, “”Yumi’s Cells” tells the story of an ordinary office worker named Yumi—from the point of view of the many brain cells in her head controlling her every thought, feeling, and action. Kim Go Eun plays the titular role of Yumi, an ordinary woman who struggles with expressing her feelings.

In the newly released poster for the upcoming second season of the drama, Yumi and her handsome co-worker Yoo Babi (played by Jinyoung) are sitting shoulder to shoulder while gazing dotingly at each other. The sweet atmosphere is transmitted to the animated love cells, and they’re smiling at each other with blush on their cheeks as if they’re drunk on love. The changes between Yumi and Yoo Babi stimulate curiosity about the new chapter of her love story. 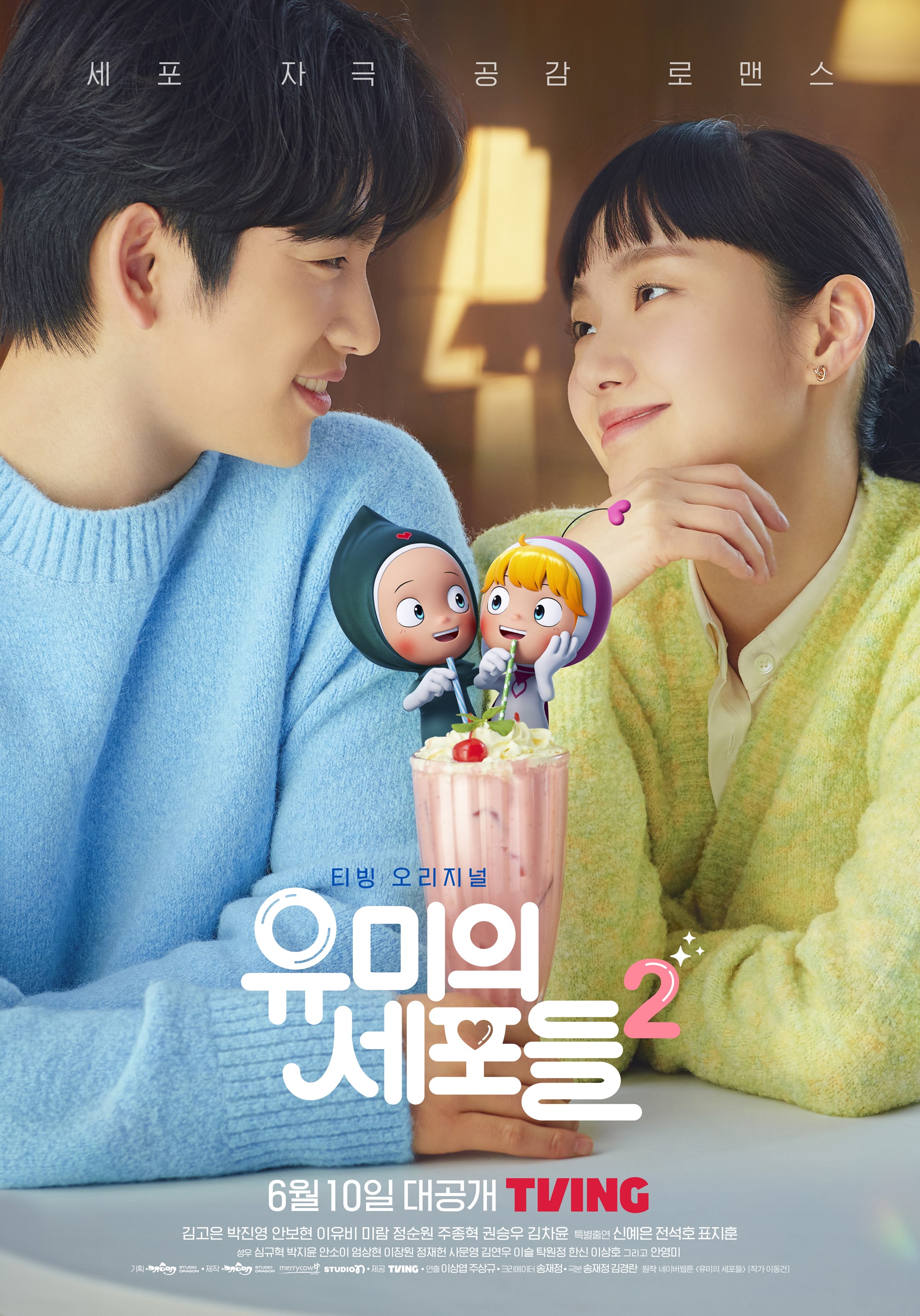 The producers of “Yumi’s Cells 2” teased, “There will be thrilling changes in Yumi’s and Yoo Babi’s emotions. Please look forward to the sweet changes that will wake up the viewers’ love cells. Kim Go Eun and Jinyoung’s ripened teamwork will bring about an interesting story with new characters.”

Watch all of Season 1 with subtitles below!