Na In Woo and Girls’ Generation’s Seohyun are an unlikely couple in “Jinxed at First” (also known as “The Jinx’s Lover”)!

Based on a webtoon of the same name, “Jinxed at First” is a fantasy romance drama about what happens when a poor, unlucky man, who has accepted his unfortunate fate, meets a goddess of fortune, who jumps out into the unknown to undo a curse despite having been hidden away by a chaebol family. Na In Woo will be playing Seodong Market’s fish seller Gong Soo Kwang who has a special jinx, and Seohyun will be playing Seul Bi who has the special ability of seeing the future of the person she touches.

The newly released stills give a sneak peek of Gong Soo Kwang and Seul Bi’s romance. The two look like they belong in a fairy tale. Seul Bi especially gives off “goddess” vibes with her pure and dazzling smile, and Gong Soo Kwang makes hearts flutter with his tall physique and slightly confused facial expression. The two of them boast fantastic chemistry, and fans can look forward to their unique romance that will heat up this summer. 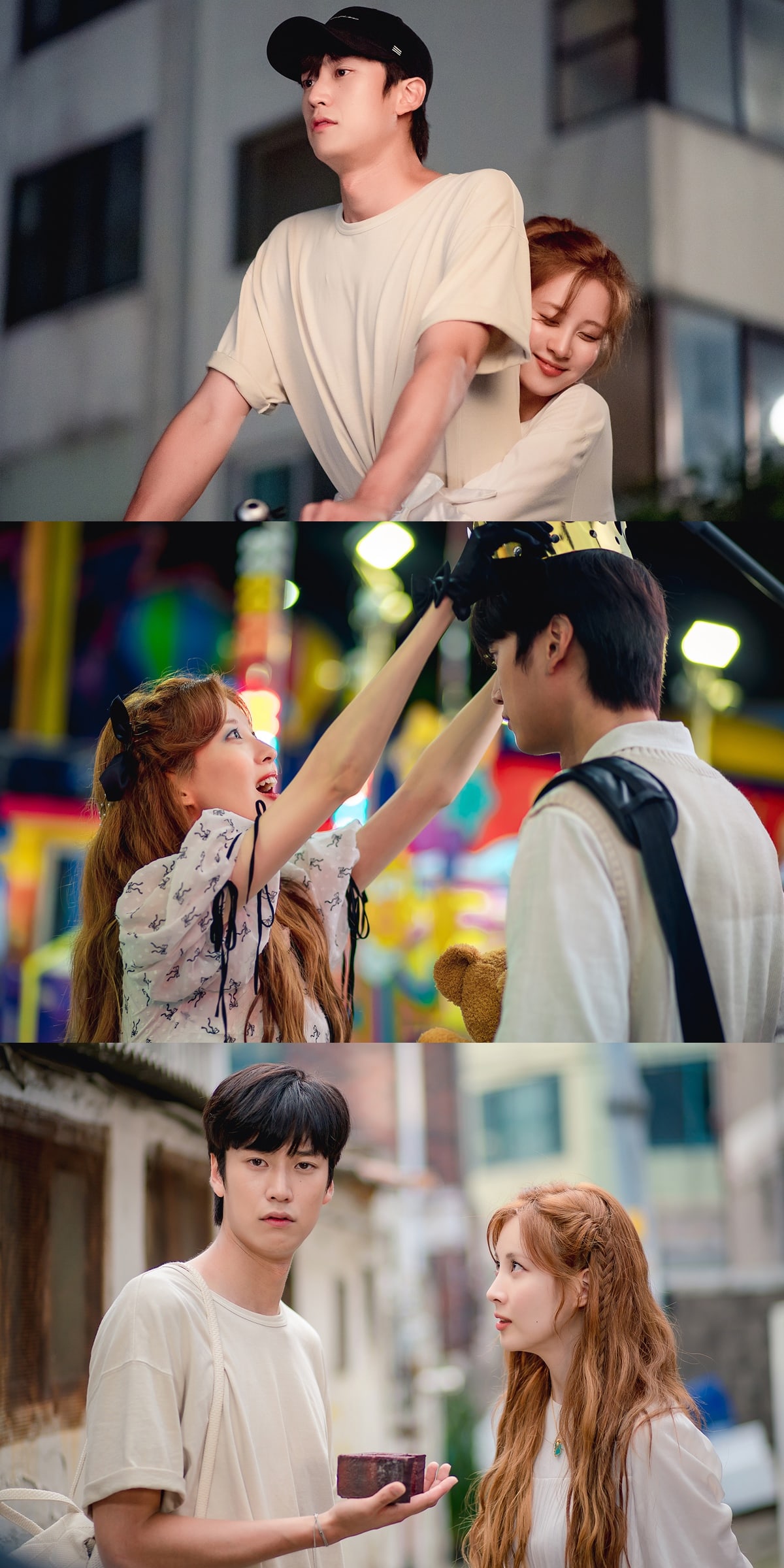 “Jinxed at First” will premiere this summer.

Are you looking forward to this new series?

While waiting, check out Na In Woo in “Her Bucket List“: