“Eve” is a new romance drama about a chaebol‘s 2 trillion won (approximately $1.7 billion) divorce lawsuit that shocks the entire nation. Unbeknownst to the public, the high-stakes lawsuit is the result of a carefully calculated revenge scheme 13 years in the making.

Seo Ye Ji stars in the drama as Lee Ra El, the dangerously alluring woman at the center of the divorce lawsuit, while Park Byung Eun stars as Kang Yoon Kyum, the CEO of LY Group. Lee Sang Yeob is Seo Eun Pyung, the youngest member of the National Assembly who is ready to throw everything away for love after meeting Lee Ra El, and Yoo Sun plays Kang Yoon Kyum’s wife Han So Ra who is the only daughter of a powerful politician.

In the new character posters, the four main leads each appear with a different color rose. Lee Ra El captivates with a dangerous and alluring atmosphere as she holds a deep red rose symbolizing desire and ambition. The text written across the poster reads, “You want me so bad.” 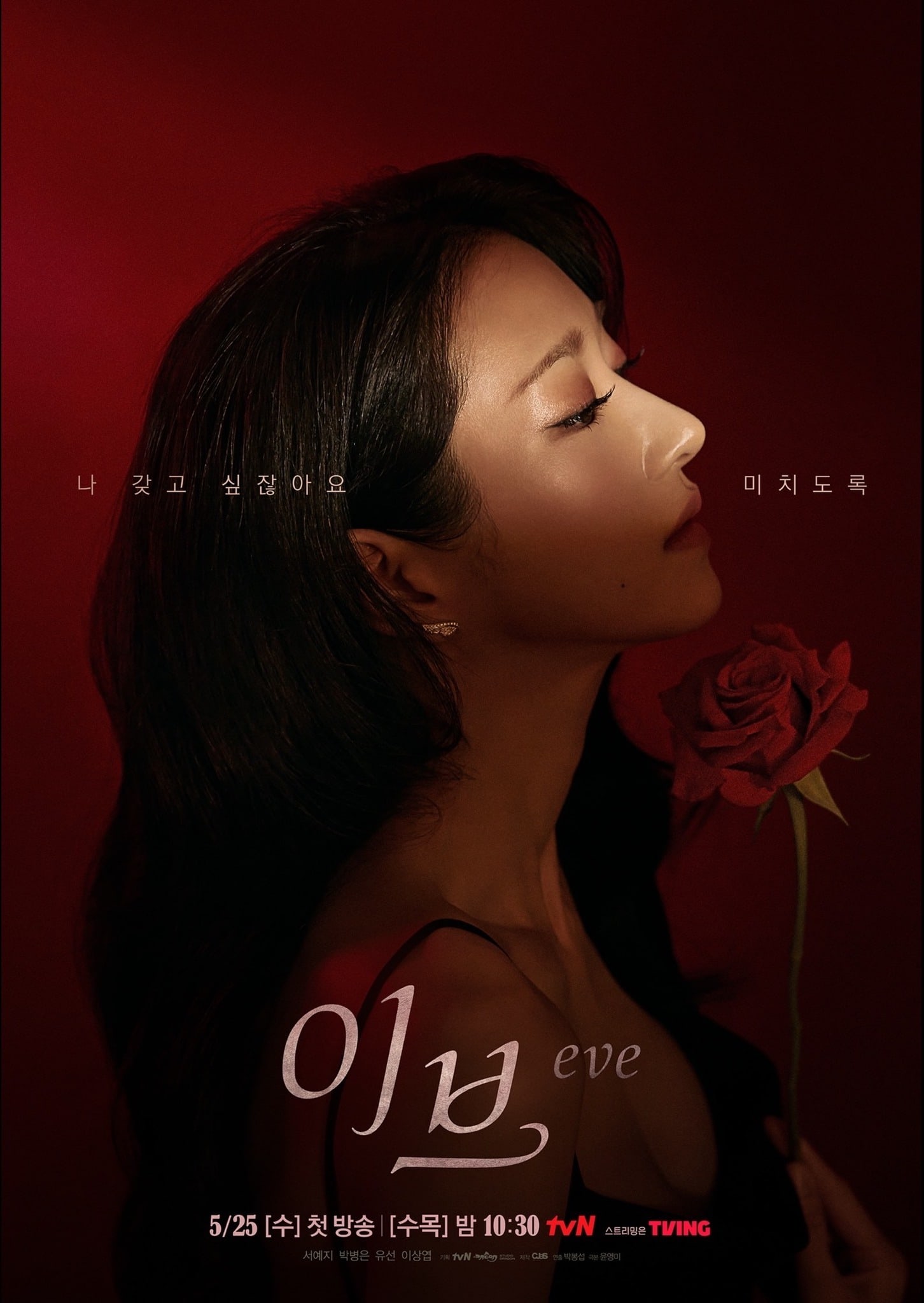 Kang Yoon Kyum has an expression of firm resolve on his face as he holds a blue rose, which symbolizes love that doesn’t give up. His poster reads, “I will love you until the end. No matter what I have to pay,” conveying his steadfast and passionate feelings for Lee Ra El. Viewers are curious to learn more about the romance between Lee Ra El, who will use love as a method for getting revenge, and Kang Yoon Kyum, who can’t help but fall for a dangerous love. 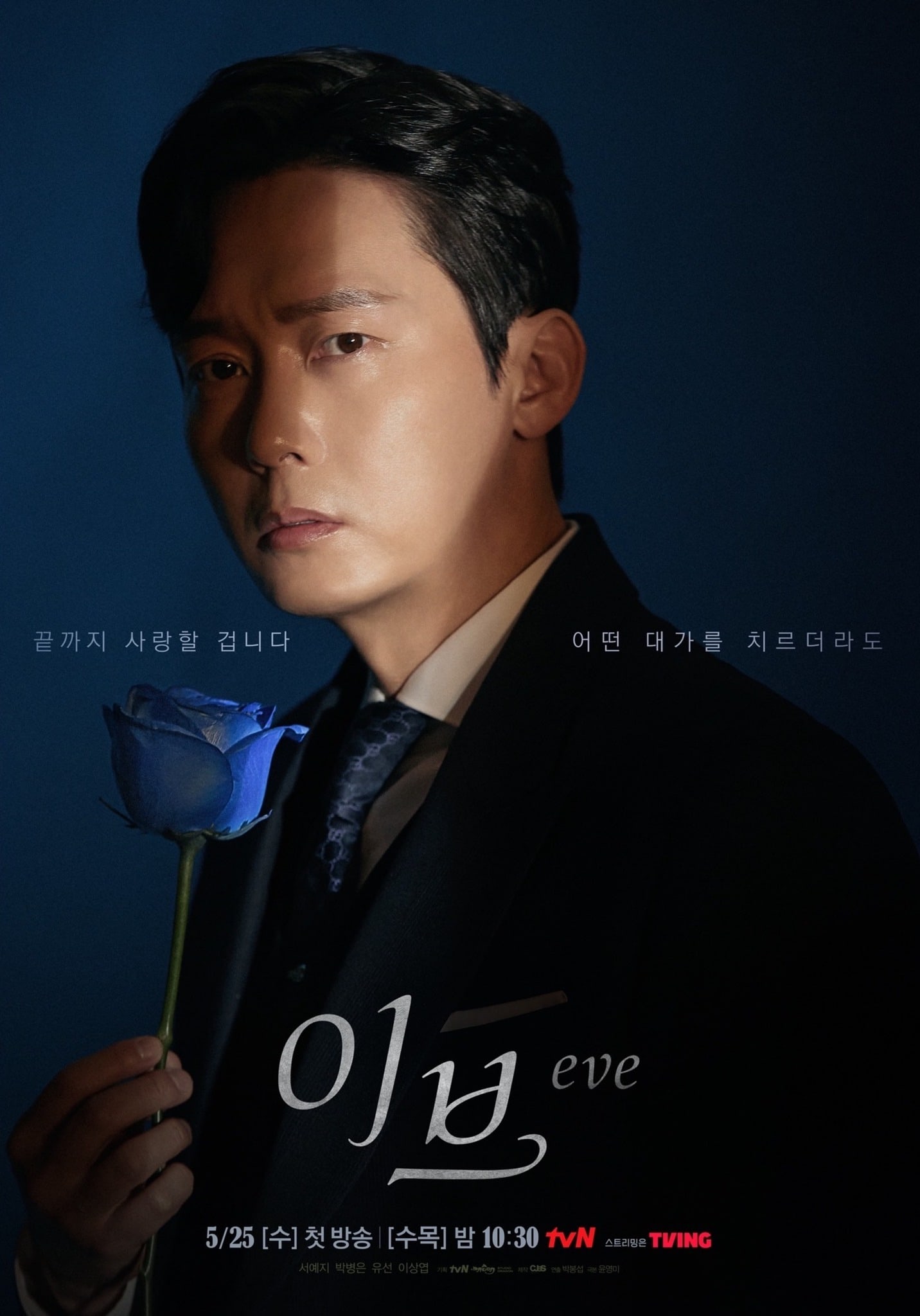 Han So Ra breaks the stem of a black rose as she poses with a piercing gaze. The black rose symbolizes, “You’ll always be mine,” and the text on her poster similarly reads, “There is nothing in this world I can’t have.” The words reflect her obsession over not letting Kang Yoon Kyum be stolen away from her. 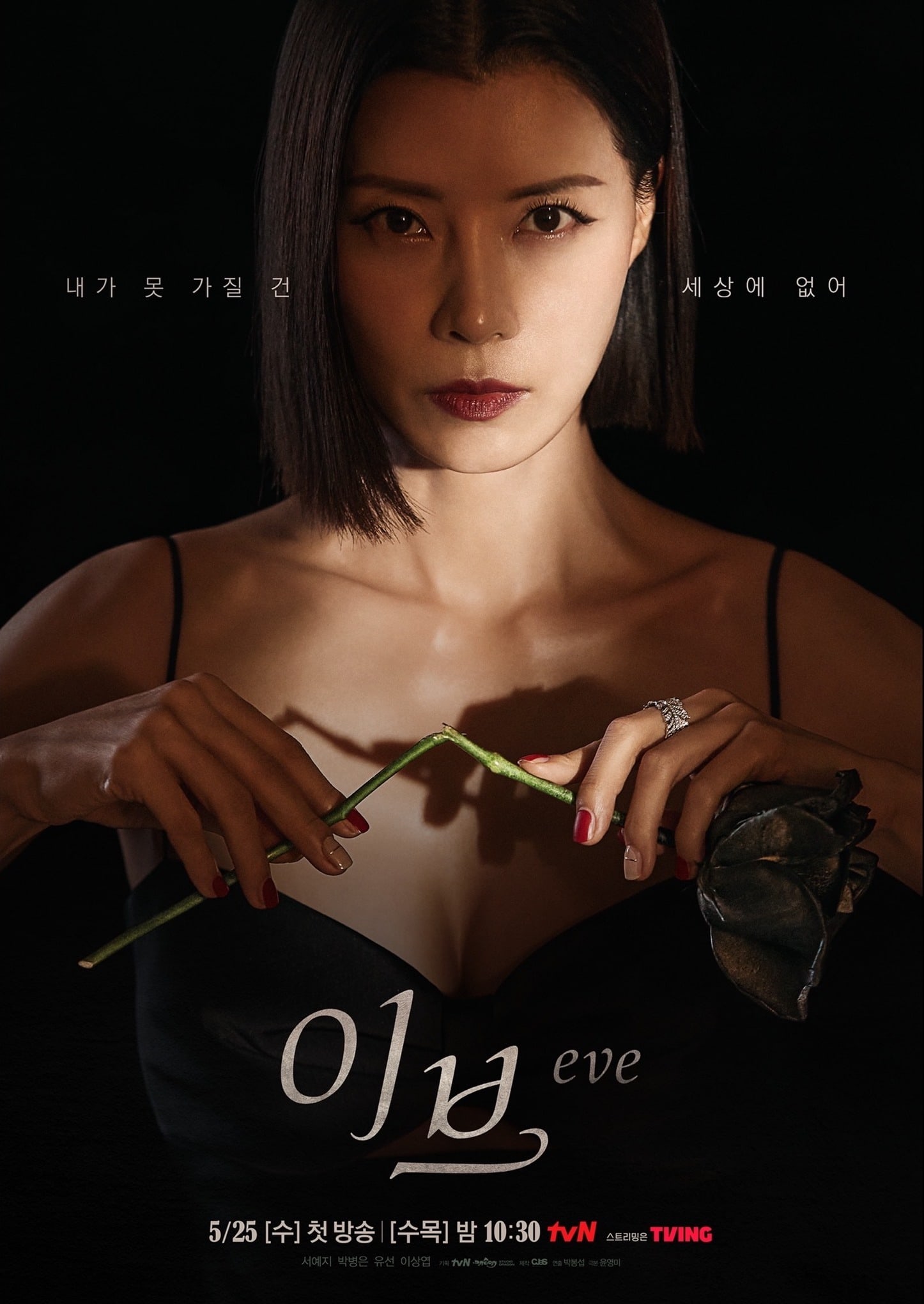 Finally, Seo Eun Pyung holds a white rose symbolizing purity and respect. The text across his poster reads, “I’ve changed, but I want to protect you.” His determined gaze raises questions about what he will sacrifice to protect his love. 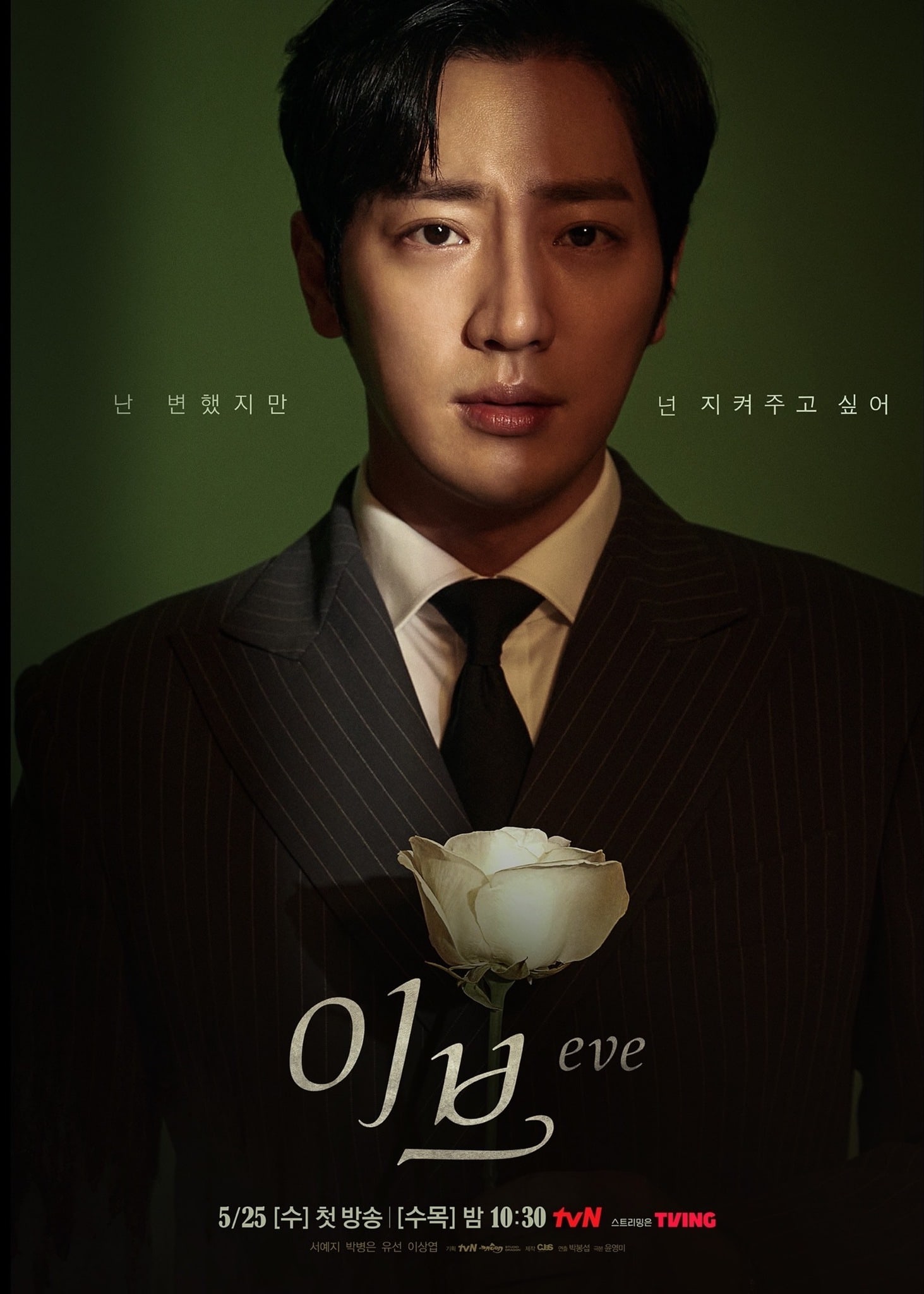 Watch a teaser for “Eve” with English subtitles below: