SBS’s “Again My Life” has shared a sneak peek of what kind of plans Lee Joon Gi and his crew have up their sleeves this week!

Previously, “Again My Life” captivated viewers with the thrilling fight between Kim Hee Woo and Jo Tae Seob (Lee Kyung Young). Kim Hee Woo joined hands with Hwang Jin Yong (Yoo Dong Geun), the leader of the Dae Han Party in direct opposition to Tae Seob, and they shook the political stage with the list of assemblymen who’ve received bribes and sexual favors and had their relatives and children draft-dodge. However, Jo Tae Seob managed to turn the crisis into an opportunity, and Kim Hee Woo and his team will be fighting back harder than ever in the upcoming episodes.

The newly released stills amp up anticipation for more spectacular plot development. In one still, Kim Hee Woo and Lee Min Soo (Jung Sang Hoon) have a serious conversation while looking at a newspaper, and their expressions are firm with seriousness. Another photo shows Kim Hee Woo smiling warmly at Jeon Seok Kyu (Kim Cheol Gi), raising questions about what kind of plan Kim Hee Woo will implement next.

The preview for the next episode hinted that Kim Hee Woo and his crew will create a division between Jo Tae Seob and Kim Seok Hoon (Choi Kwang Il), which might bring forth new variables in this intricate game of justice. 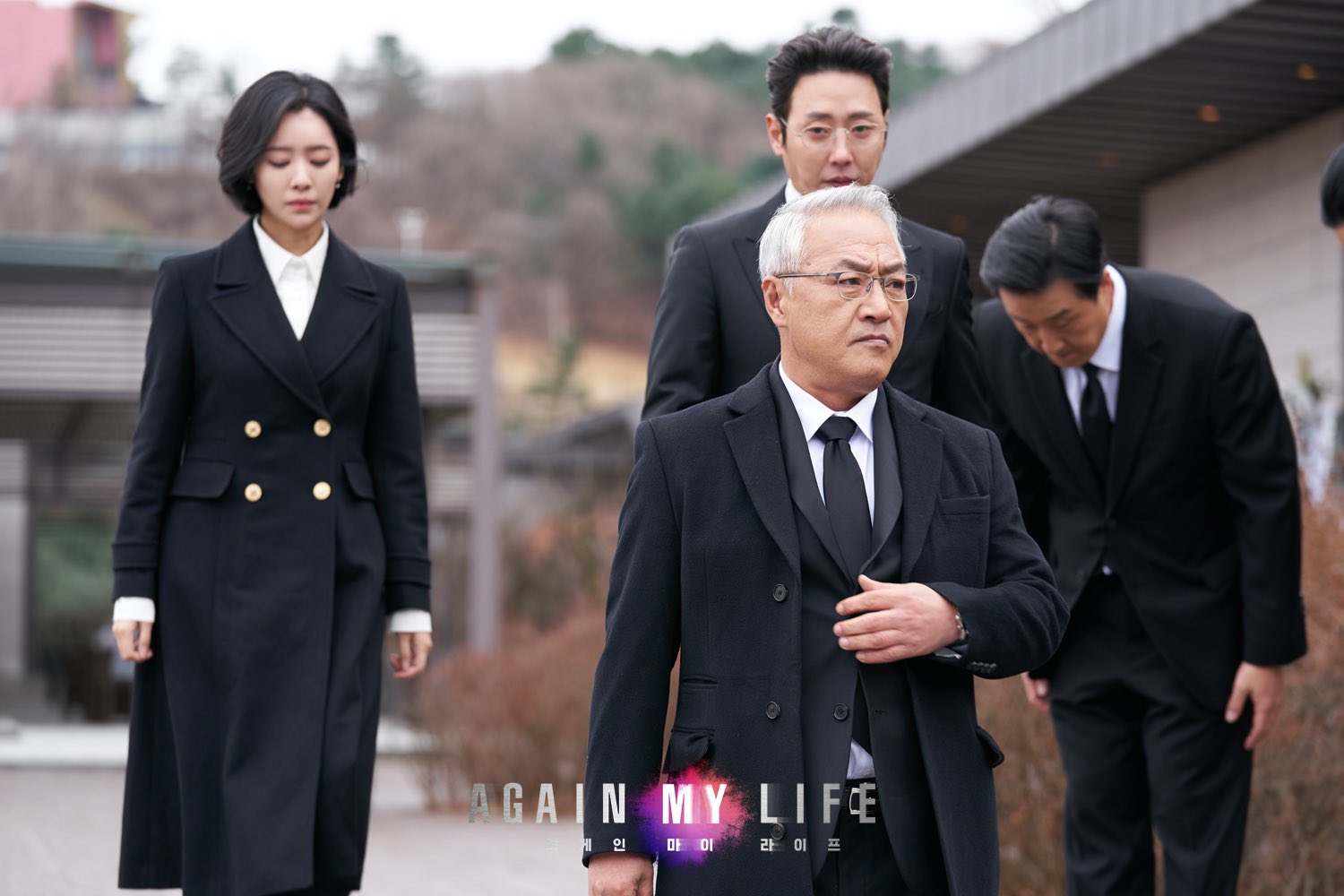 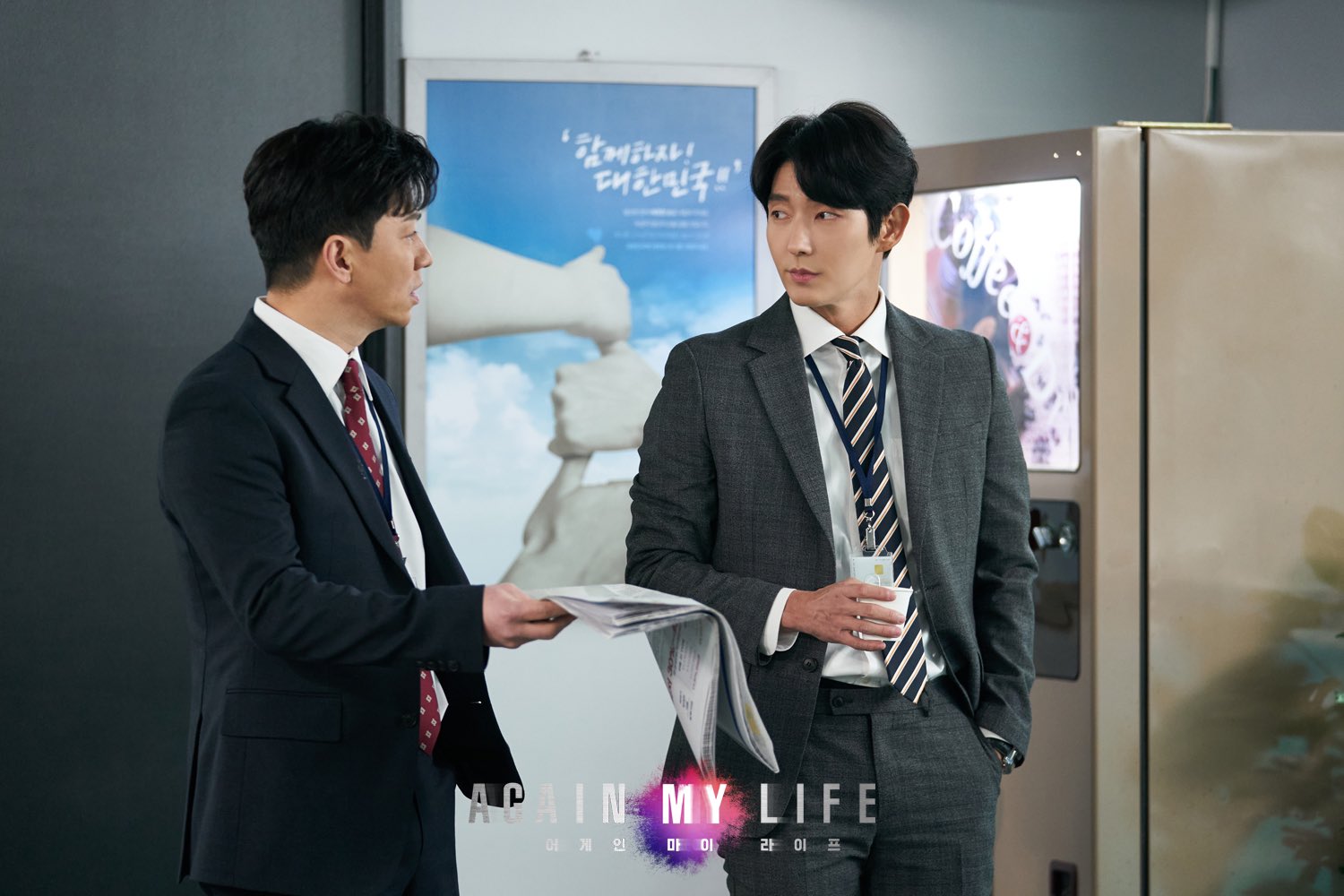 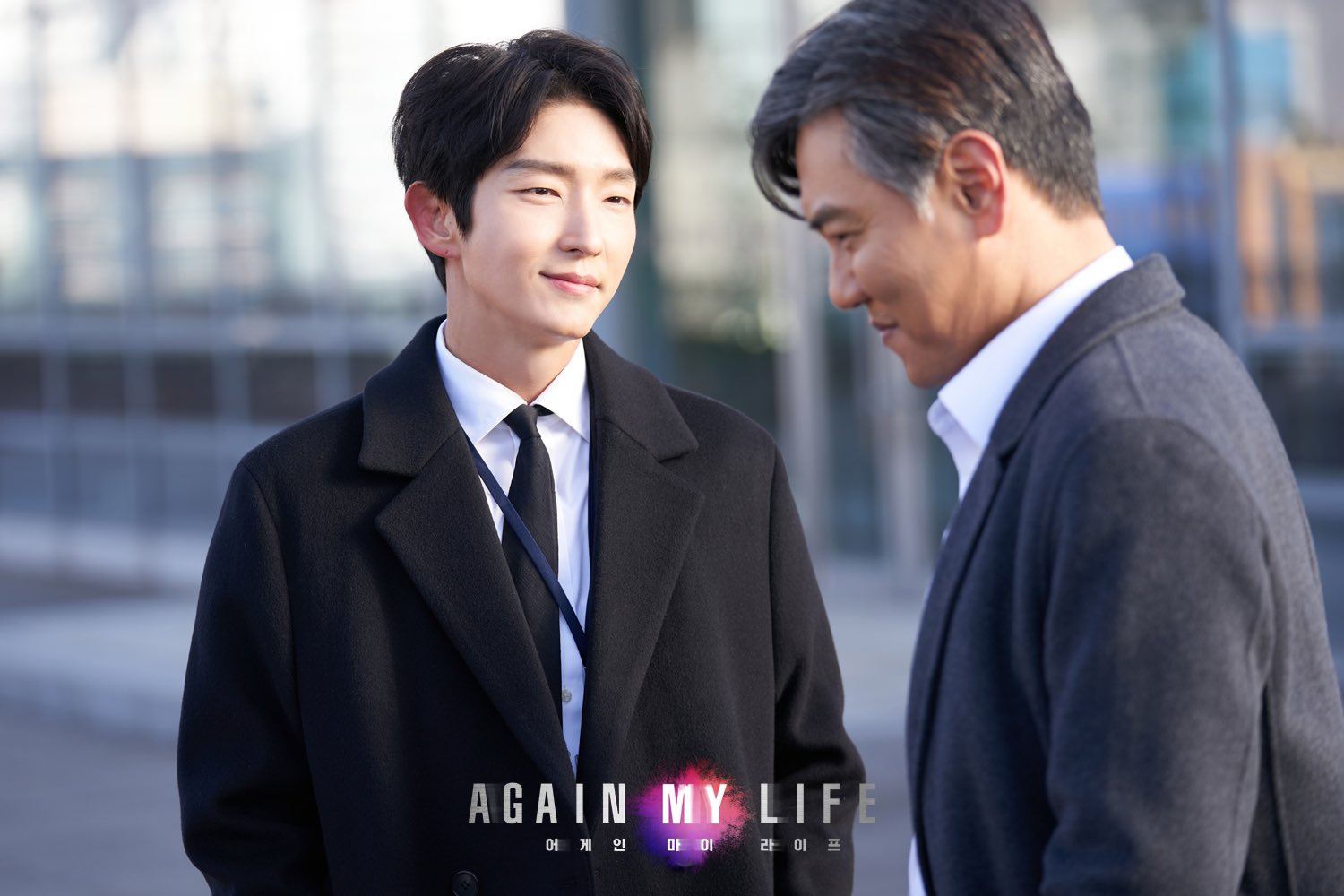 The drama’s production team shared that in episodes 11 and 12, Kim Hee Woo and his team will try to split up Jo Tae Seob and Kim Seok Hoon by using Jo Tae Seob’s fund management plan Bando Bank and Kim Seok Hoon’s JQ Construction. They added, “Like Kim Hee Woo’s wish, please watch to see if he and his crew can start by creating a small crack to break down a huge dam.”

“Again My Life” airs every Friday and Saturday at 10 p.m. KST.