Song Ji Hyo will be making a special appearance in tvN’s “Sh**ting Stars”!

“Sh**ting Stars” is about the people who work behind the scenes in the entertainment industry cleaning up the messes created by the stars. The drama depicts the realistic story of people who stand behind the celebrities and shed blood, sweat, and tears to make them shine like stars in the sky. The romantic comedy stars Lee Sung Kyung as Oh Han Byul, the head of the PR team at an entertainment agency, and Kim Young Dae, as flawless top star Gong Tae Sung.

Before the premiere, the drama has been boasting an impressive lineup of actors who will be making special appearances. Some actors who have appeared so far are Choi Ji Woo, Park Jung Min, and Chae Jong Hyeop, and now, it’s Song Ji Hyo’s time to shine! Song Ji Hyo previously worked with director Lee Soo Hyun on the drama “The Witch’s Diner,” and she will be making a cameo in order to support the director.

The newly released stills capture Song Ji Hee’s meeting with Jo Gi Bbeum (Girl’s Day’s Sojin). Song Ji Hee exudes an aura like no other, but her unexpected behavior in front of the reporter makes jaws drop. She does the interview with her head on the table, and there’s a strange war of nerves between the two women. Fans are eager to see Song Ji Hyo’s performance in the drama as well as her chemistry with Soljin. 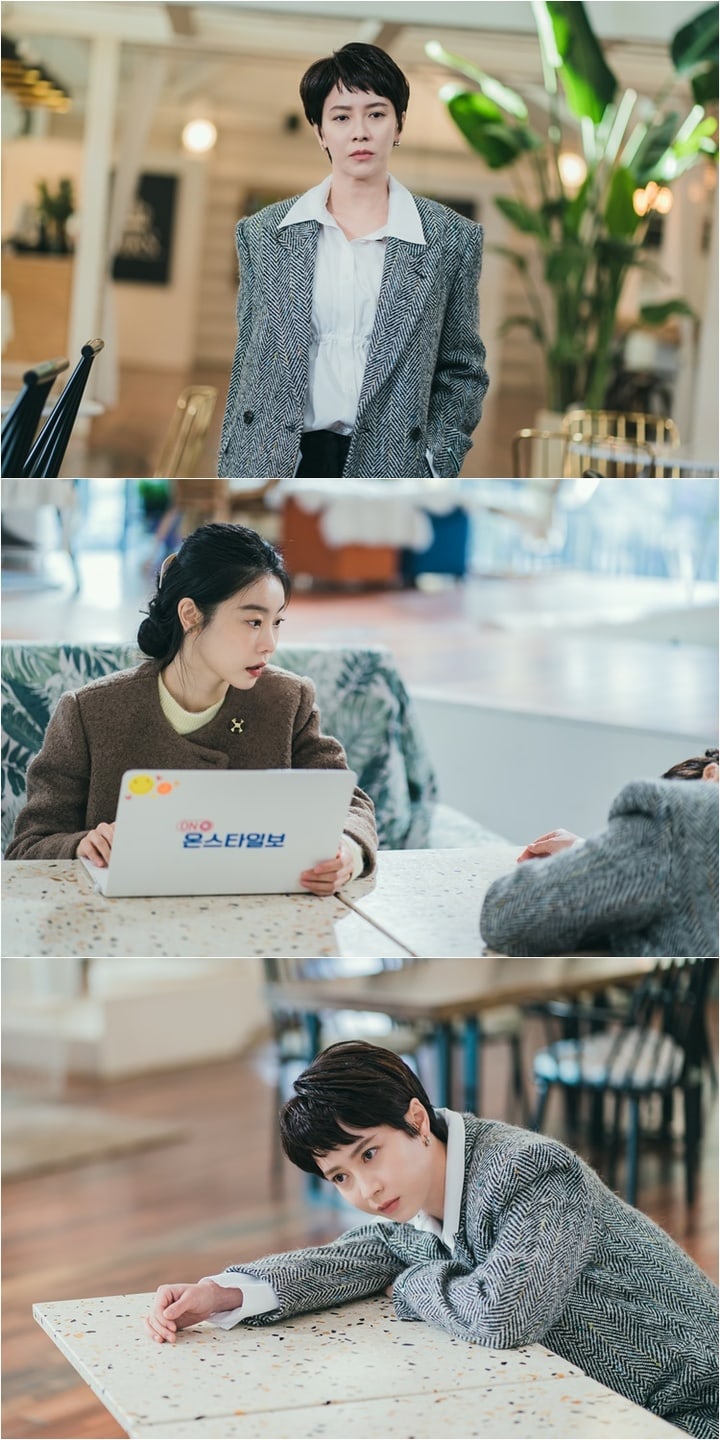