Based on the hit webtoon of the same name, “Tomorrow” is a fantasy drama starring SF9‘s Rowoon as Choi Joon Woong, a mortal who gets into an unfortunate accident while struggling to find a job. As a result, he crosses paths with grim reapers Goo Ryun (Kim Hee Sun) and Lim Ryoong Goo (Yoon Ji On), who work together to save the lives of those who are contemplating suicide, and he winds up joining their team in the underworld as their youngest member.

Previously on “Tomorrow,” Park Joong Gil (Lee Soo Hyuk) kept having nightmares, and in his dreams, he saw Goo Ryun. This led him to wonder about his past history and what kind of connection she has with him. He went to find answers by checking his past lives but realized one of them was locked, which meant he couldn’t see it unless Ok Hwang (Kim Hae Sook) gave him permission. Furthermore, he learned that Goo Ryun’s past life was also locked, making him more suspicious than ever.

Newly released stills from the upcoming episode unveils Park Joong Gil and Goo Ryun’s past history. In one photo, someone is threatening Goo Ryun with a sword to her throat. Despite her dangerous situation, her fierce eyes are unrelenting, causing tension to increase more than ever. Moreover, her untidy hair, pale lips, and clothes that are stained with blood hint something tragic has happened to her.

Park Joong Gil appears with a bow and arrow as if he’s trying to save Goo Ryun from the crisis. In one still, she gazes at him with mournful eyes, and another photo depicts him hugging her warmly and earnestly. In particular, his eyes show deep affection and relief, which further amplifies interest in their connection. 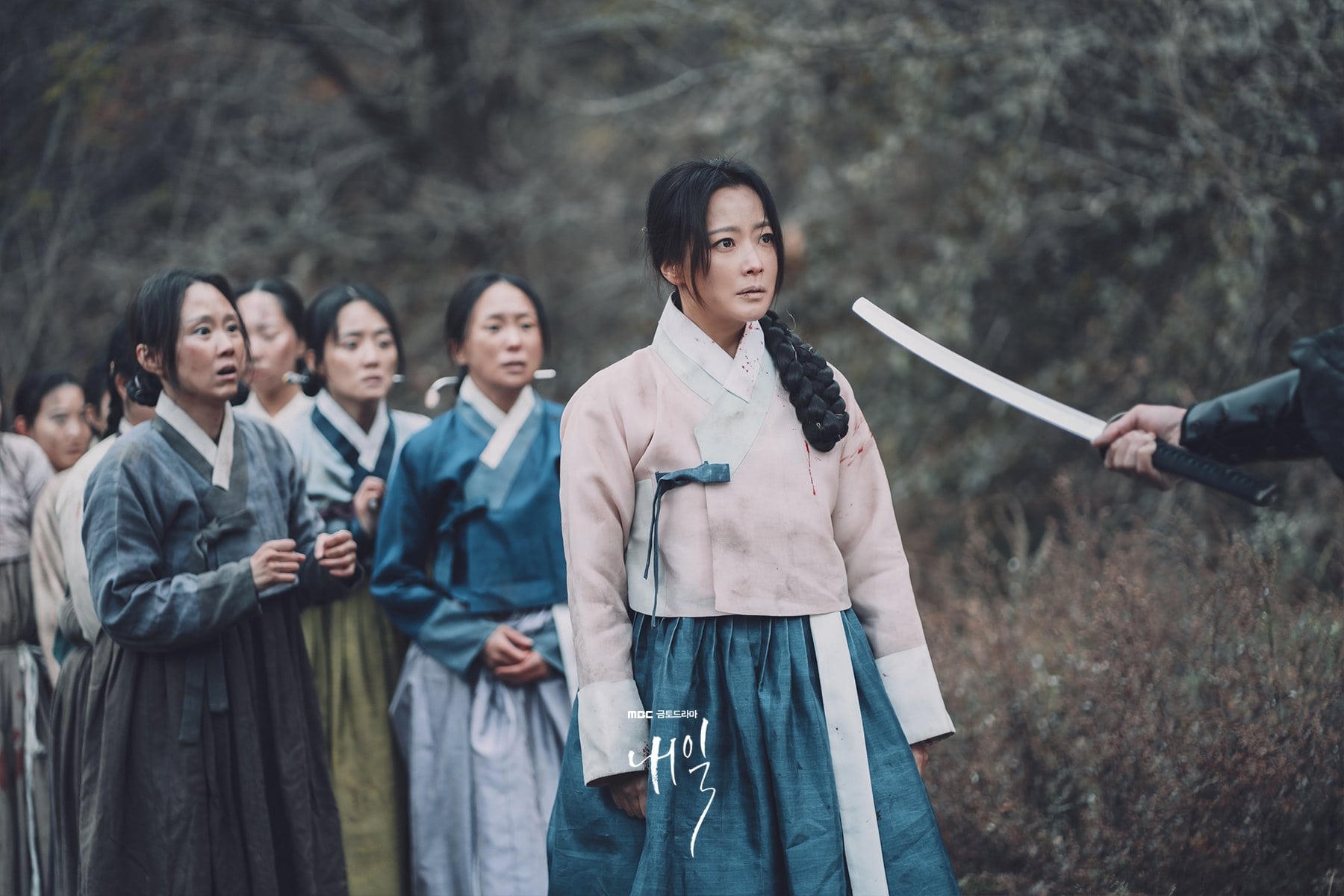 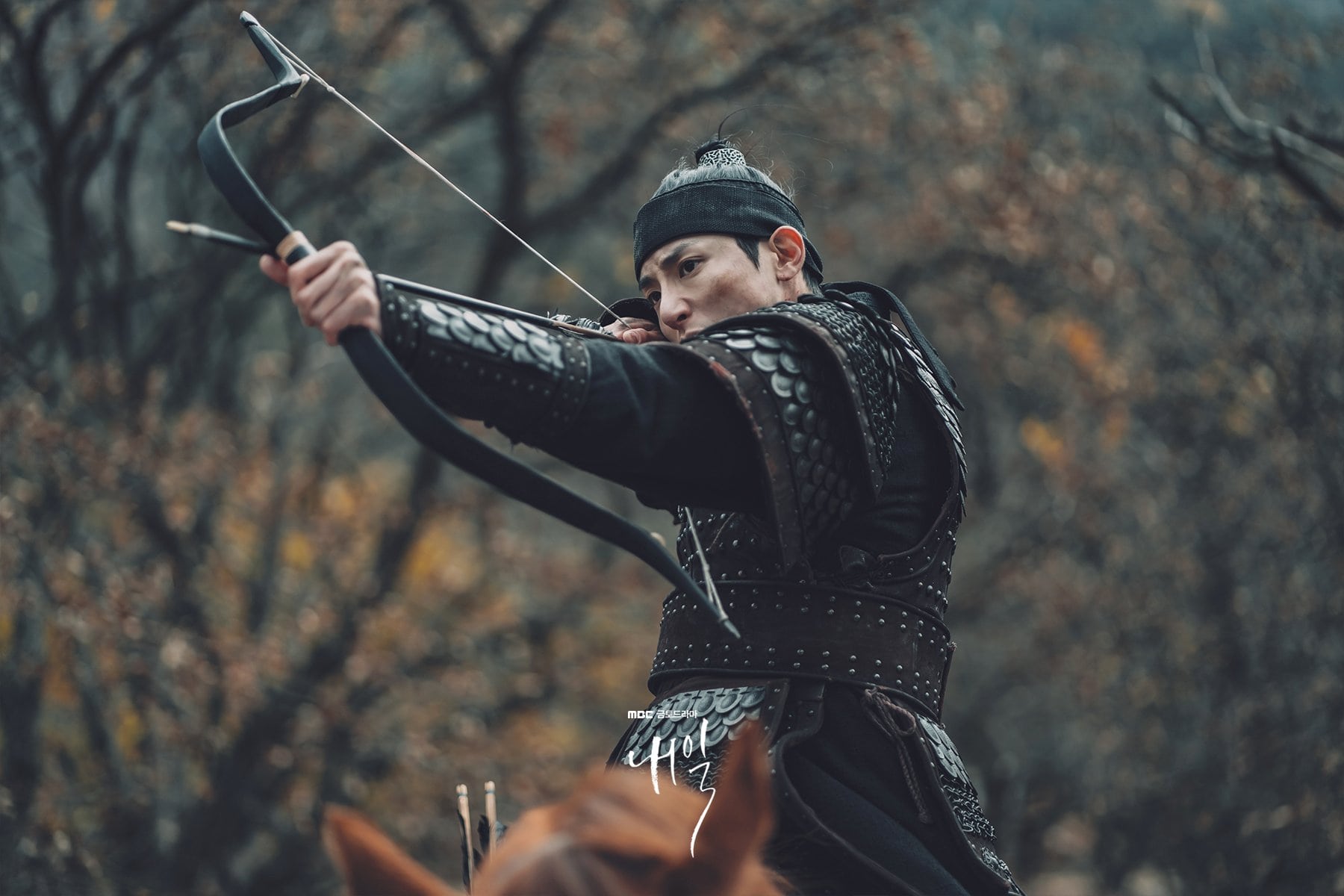 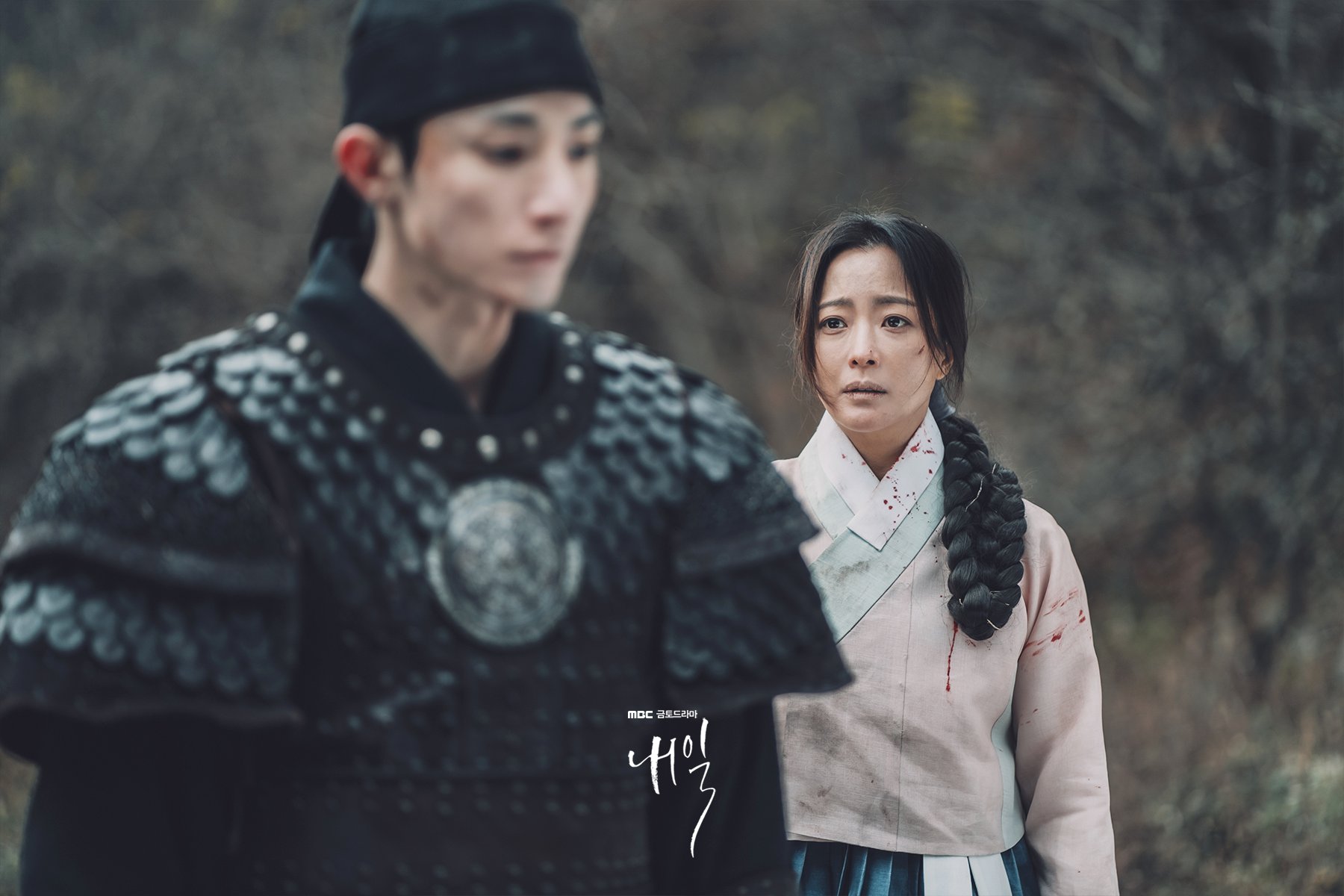 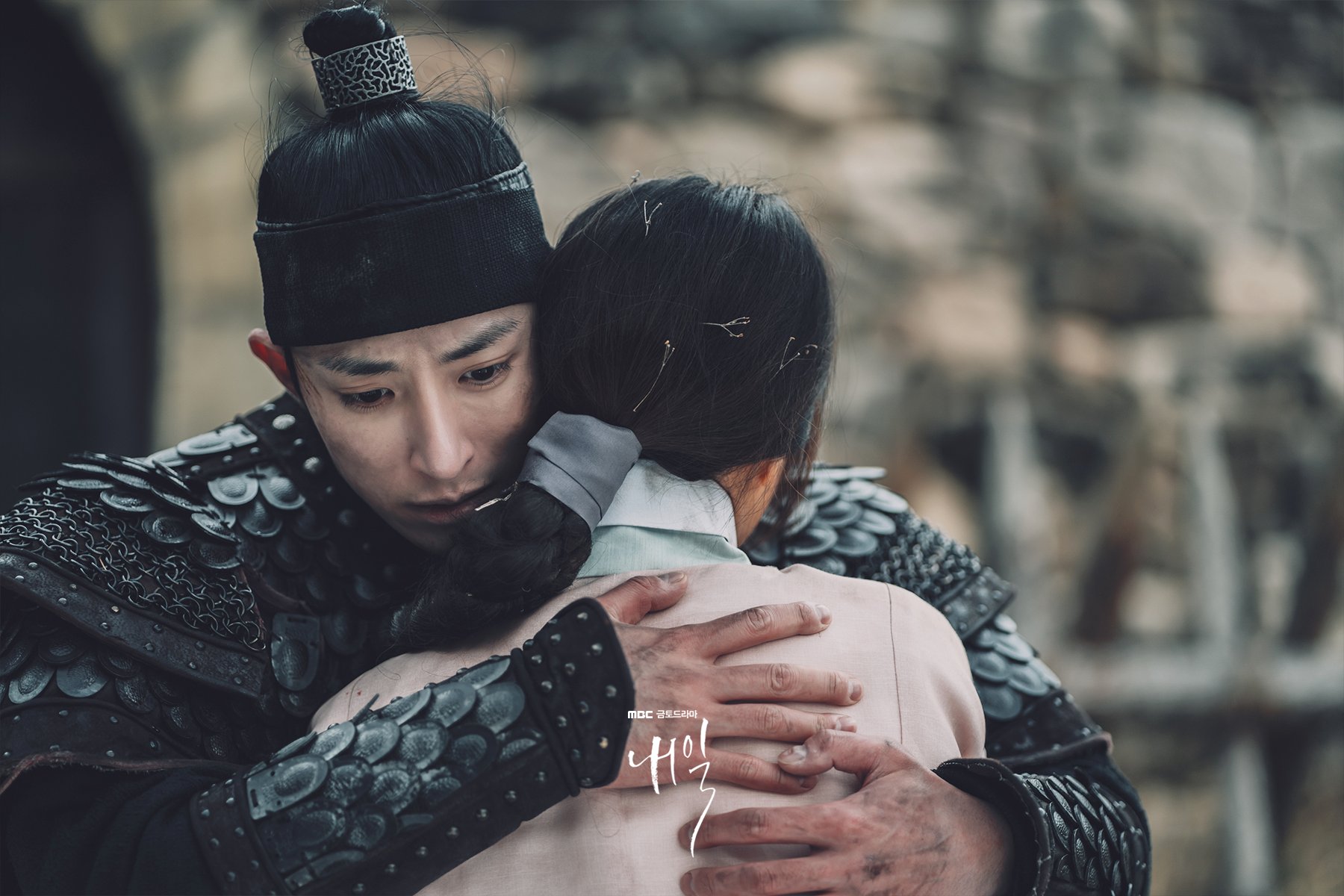 The producers of “Tomorrow” teased, “On May 14, the affectionate and deep past relationship and narrative of Goo Ryun and Park Joon Gil, which were shrouded in mystery, will be unveiled At the same time, the reason why Goo Ryun previously took her own life will be revealed, so please keep an eye on [the drama].”