Get ready for romance to blossom on the next episode of tvN’s “Our Blues”!

Previously on “Our Blues,” Park Jung Joon made up his mind not to let others deter him from pursuing his growing feelings for Lee Young Ok. While he was briefly swayed by the rumors that she was going around telling lies, Park Jung Joon ultimately decided that he would only believe what Lee Young Ok herself had to say, instead of listening to other people. To show her how he felt, he told her that he wanted to go on the trip that she had suggested.

In newly released stills from the drama’s upcoming episode, Park Jung Joon and Lee Young Ok take off on their romantic first trip together. As they enjoy some quality time together on beautiful Gapado Island, the couple gets closer than ever—and Lee Young Ok looks right at home wrapped up in Park Jung Joon’s arms. 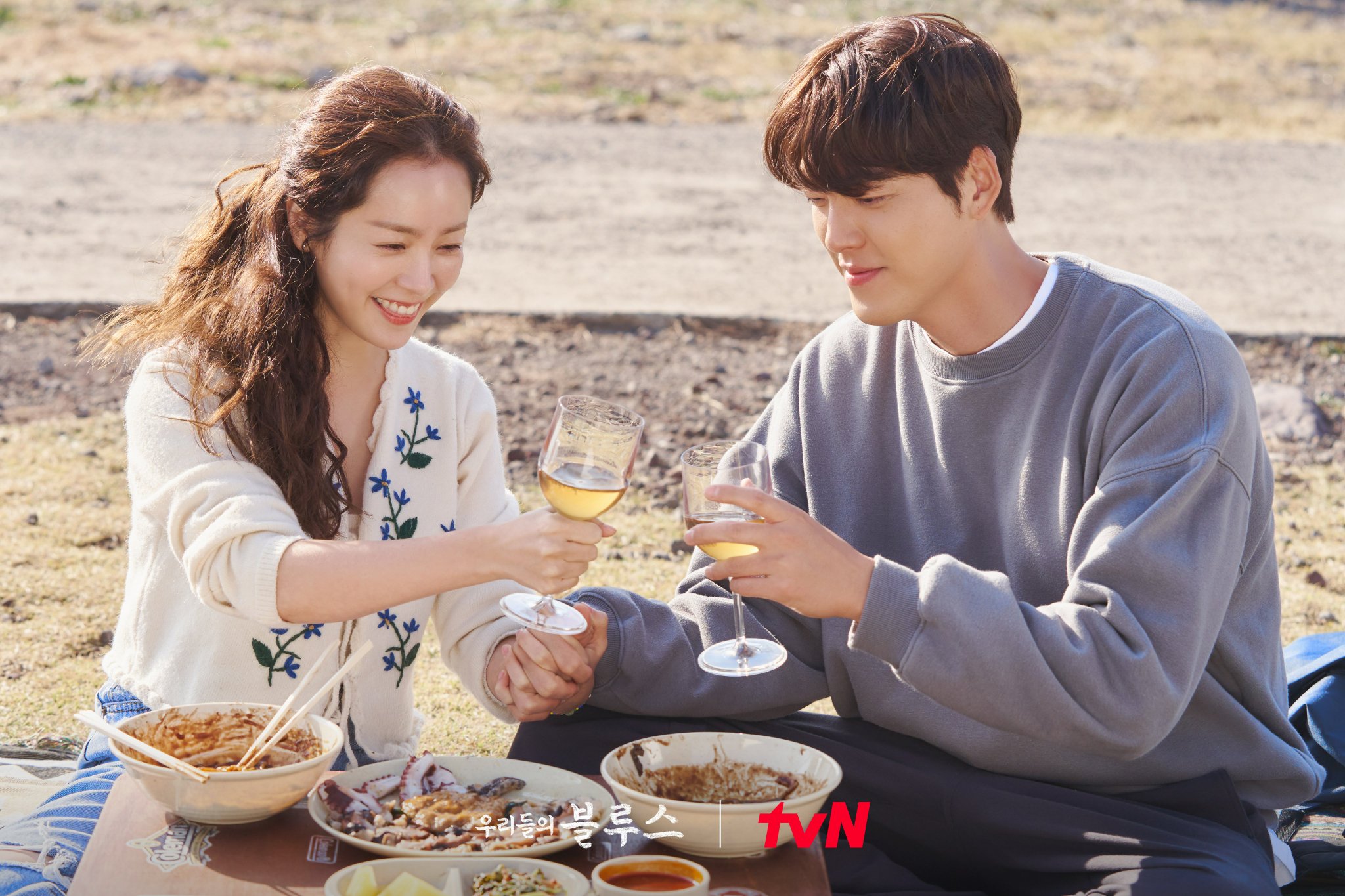 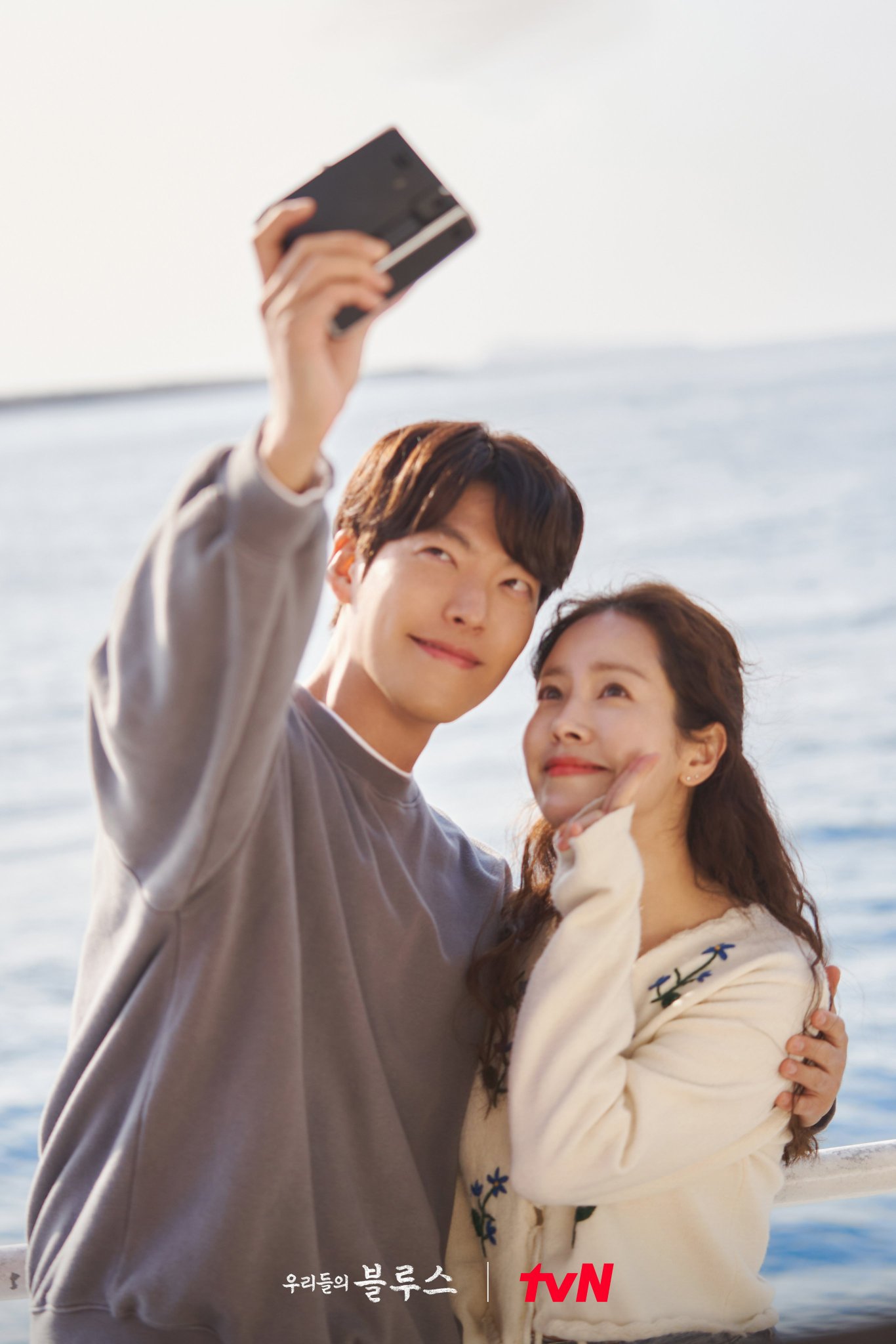 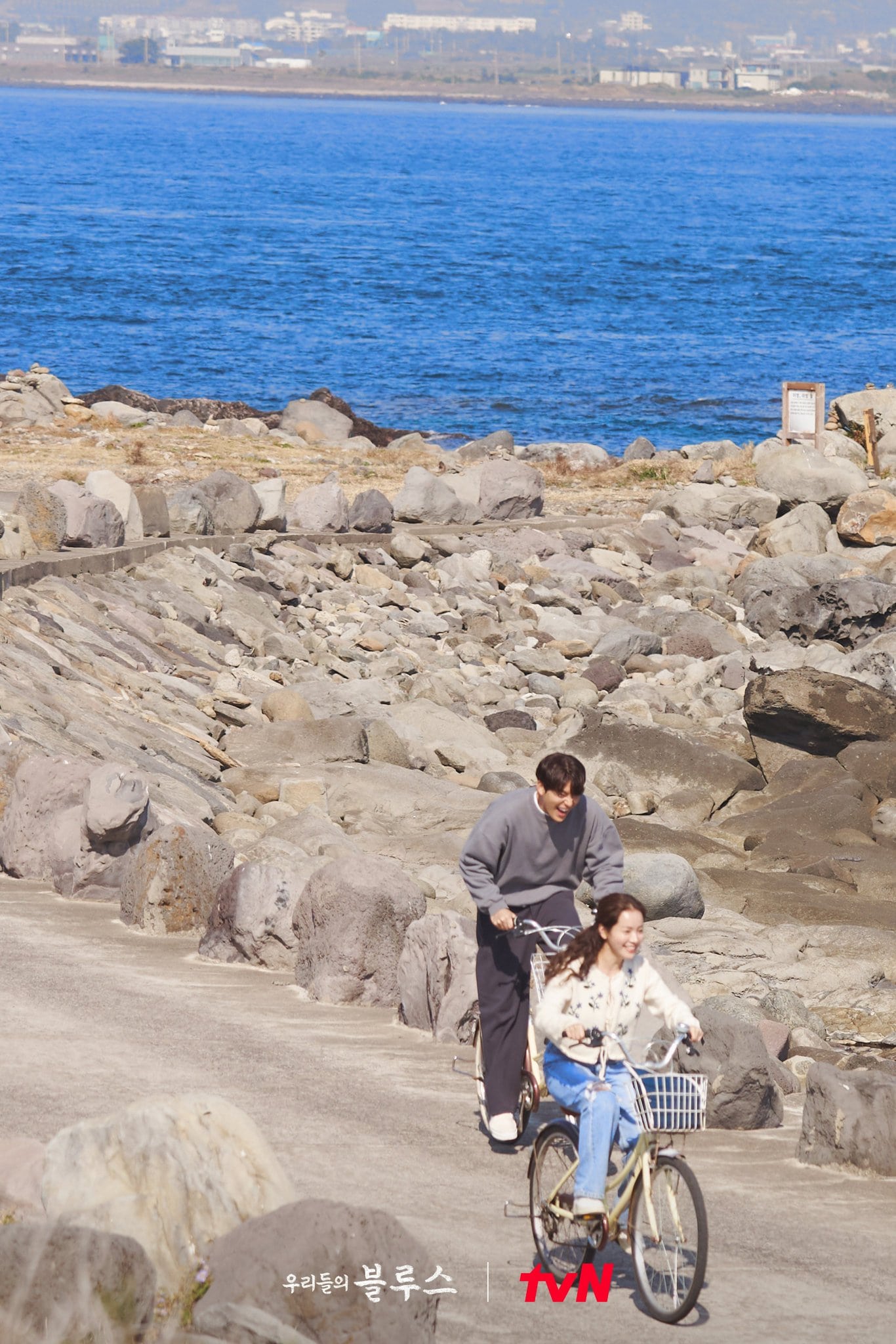 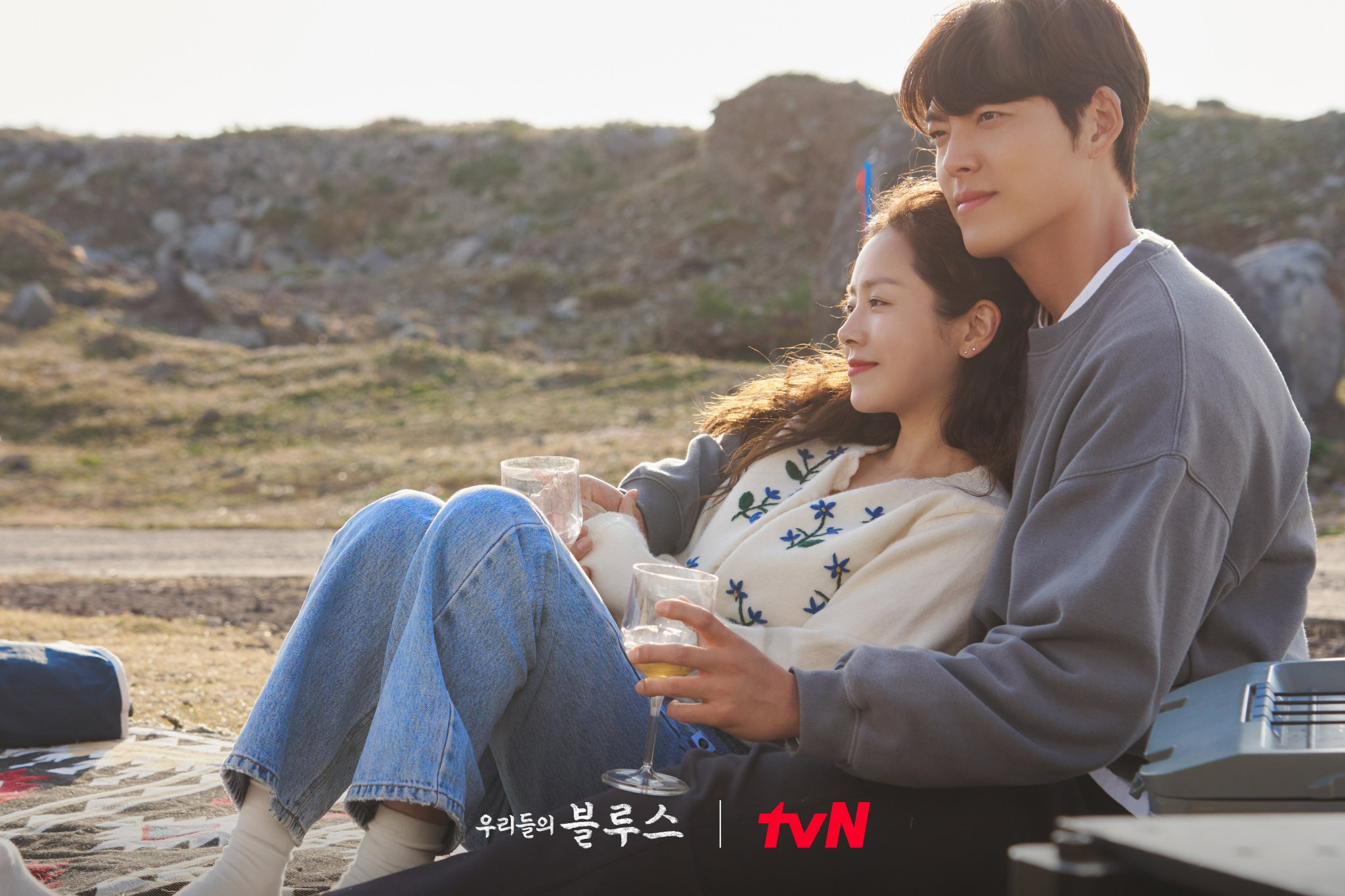 However, there may be storm clouds looming in the distance for these would-be lovers: throughout their idyllic vacation, Lee Young Ok continues to receive texts and calls from the mysterious person who’s been messaging her nonstop. As Park Jung Joon is already aware that someone keeps contacting her, it remains to be seen how he will react to these continuing phone calls.

In the meantime, watch Han Ji Min in “Josee” with subtitles below:

Han Ji Min
Kim Woo Bin
Our Blues
How does this article make you feel?