Here in Korea, the weather is getting warmer, and the sun is shining brighter than ever — just like the Korean stars who are getting ready for summer! They’re wearing the latest trends for hot days and cool nights, and if it’s the same weather where you are, here are some fashion inspirations for you:

In summer, skin is always in, and one dominant trend that seems to be popular among the stars are crop tops, backless cuts, and drawstring details. Often paired with jeans to dress it down, the drawstring top was the item of choice during Coachella, as seen on It-Girls BLACKPINK’s Jennie and aespa’s Ningning, while Girl’s Generation’s Taeyeon and dancer Lee Junglee gave the hit item their own spin. 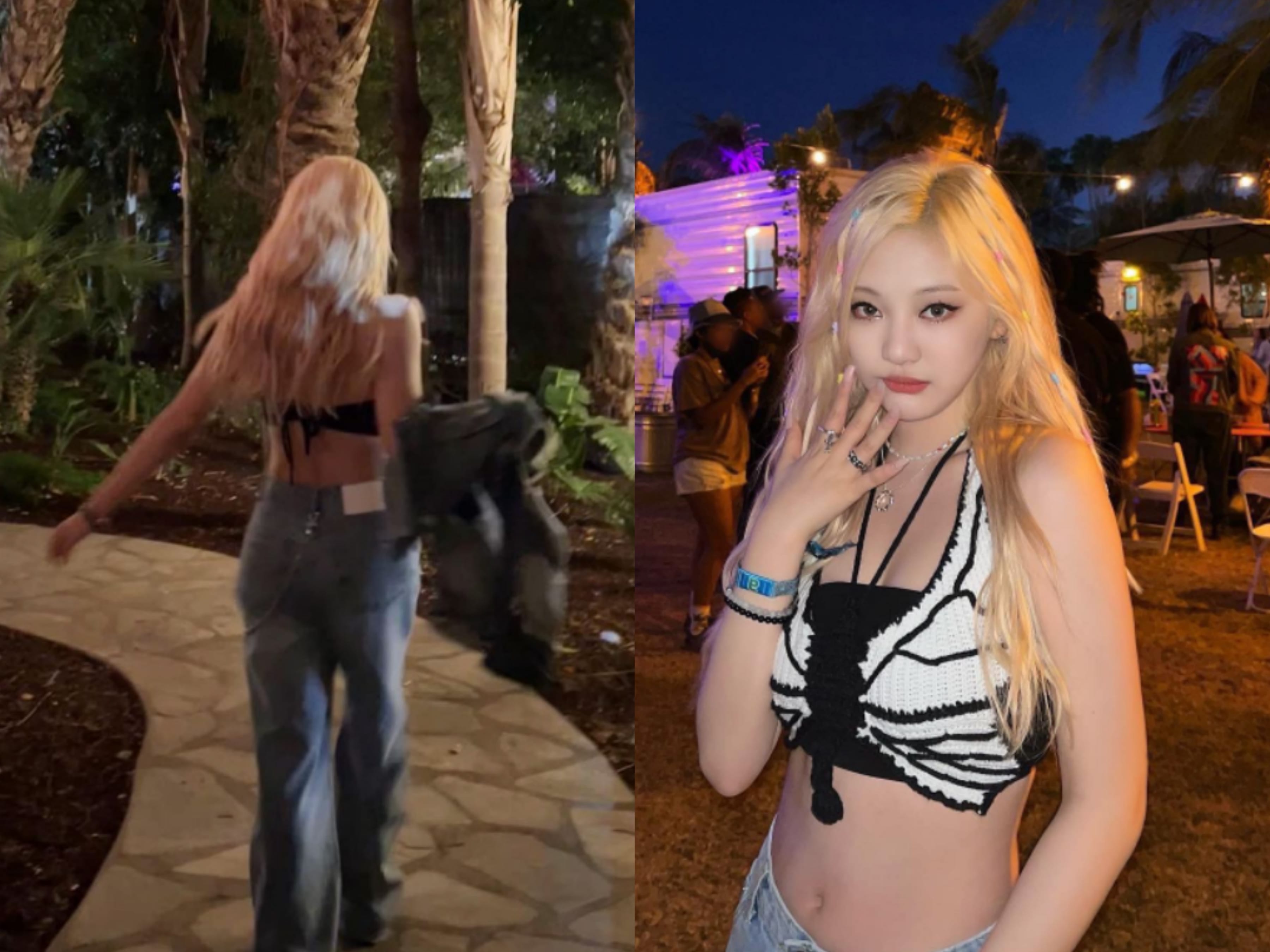 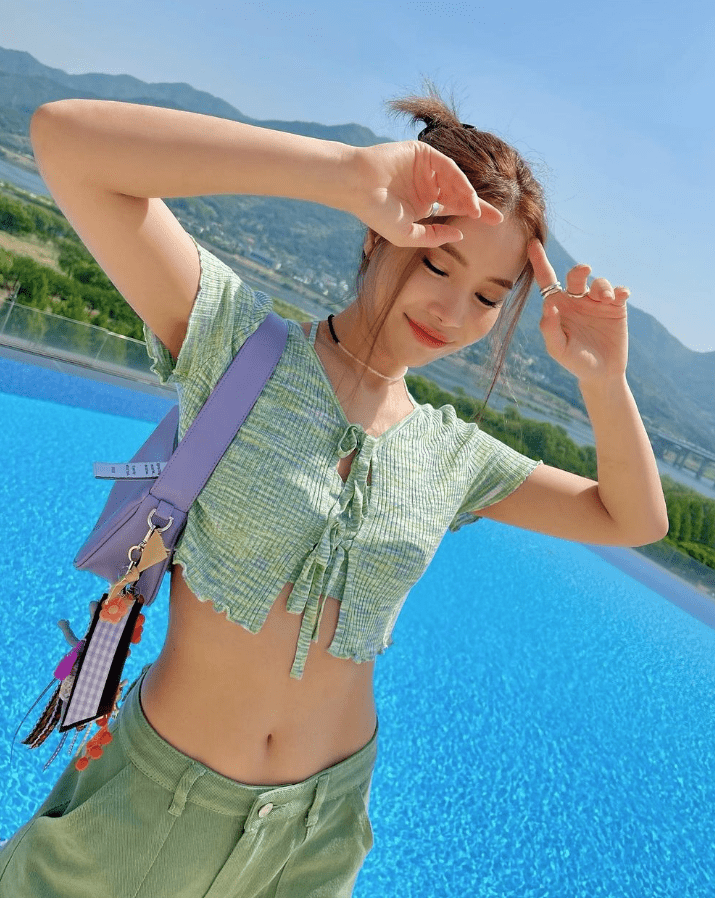 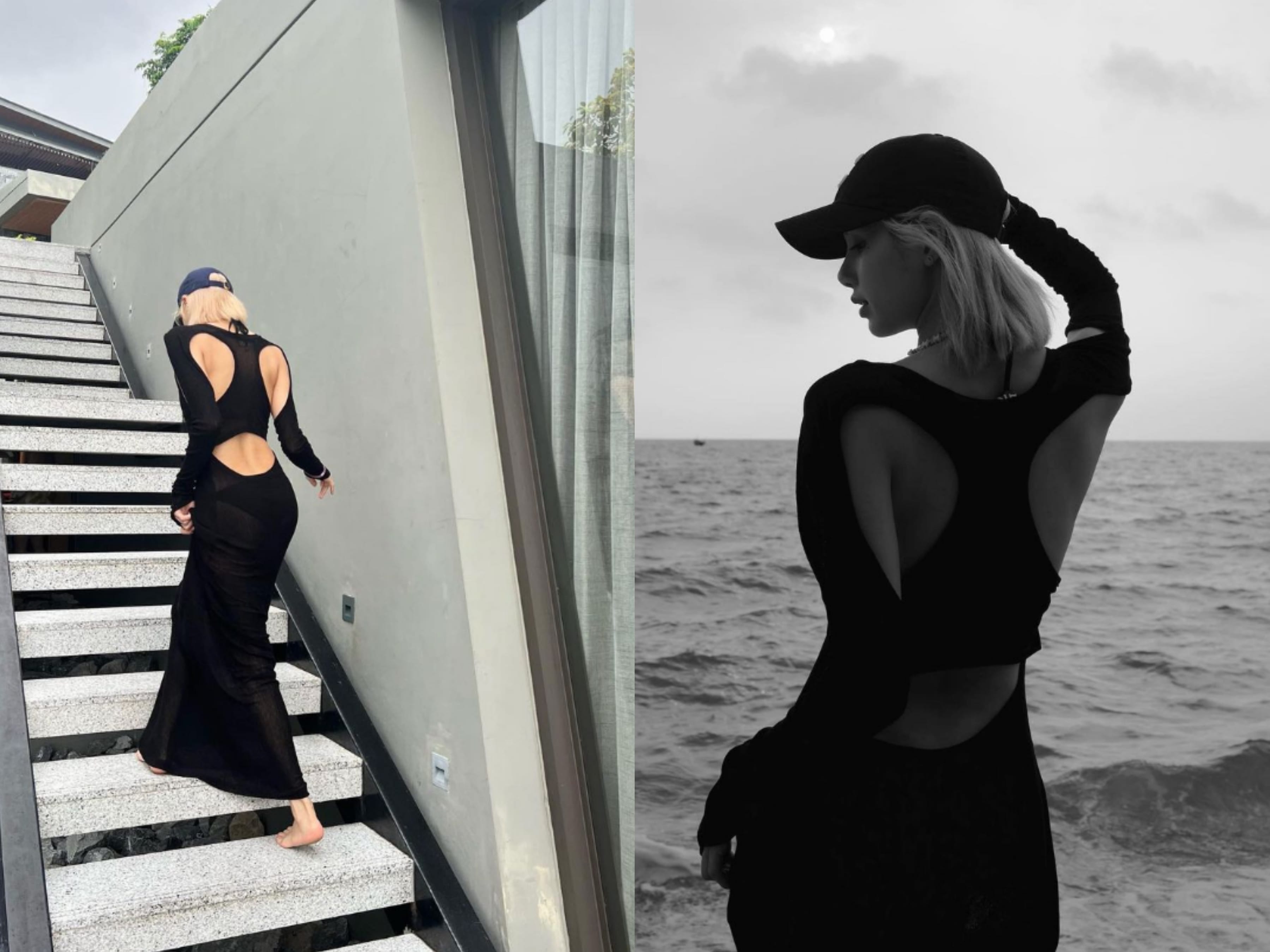 MAMAMOO’s Solar looked refreshingly cool in a matching green cropped top and pants, while BLACKPINK’s Lisa was seen wearing a long black dress with a razor back detail, giving the classic style an ultra-modern touch. She also added a hint of cool and casual element to the look with a baseball cap.

Scarf as a top

This trend isn’t really new as it became popular in Y2K, but these K-stars are giving it a whole new life. The scarf can be a versatile piece in your closet as it can be transformed into differently-tied tops, headbands, belts, as well as neck and bag accessories. LE SSERAFIM’s Sakura and Kazuha wore the scarf top for their debut album photo, while Sunmi, Taeyeon, and Seolhyun tied their scarves at the back to make a strap-and-backless top. 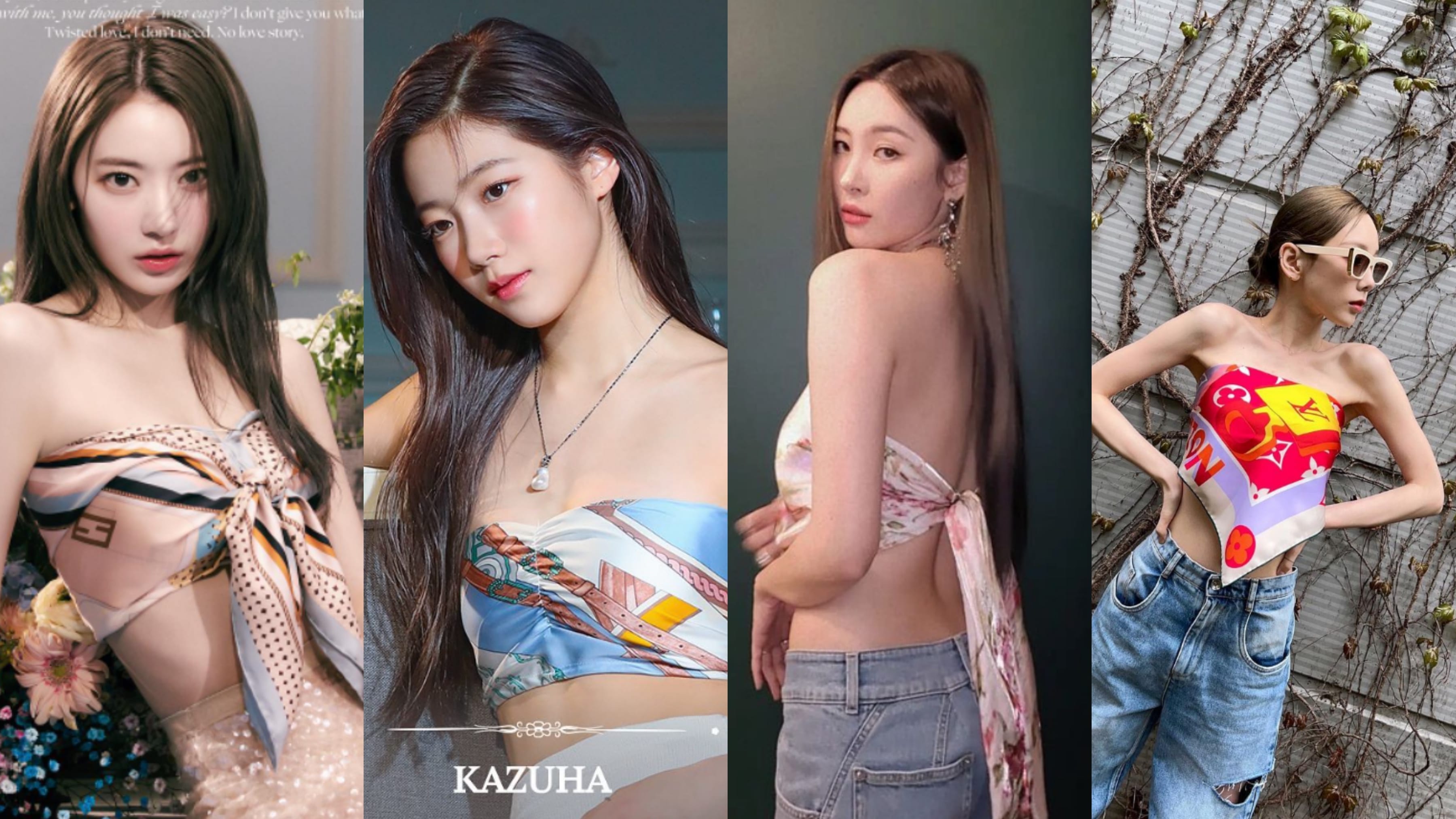 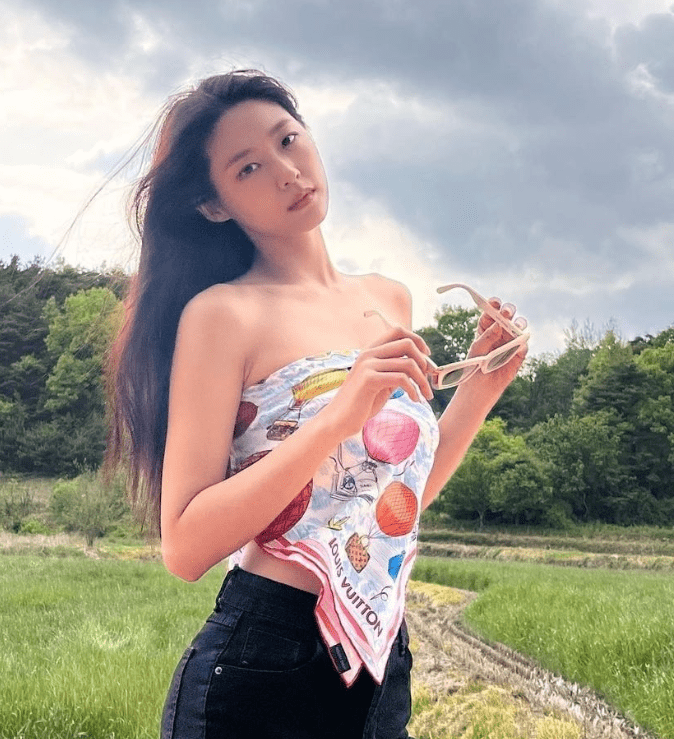 You can never go wrong with denim in the summer as it’s the perfect casual piece that can let you move freely under the heat, at least if it’s the light kind. Here are some stars that gave this timeless trend their own personal style: Girl’s Generation’s Yuri wore a sheer dress and a white t-shirt, Son Naeun, Ahn So Hee, Moon Ga Young, and Lee Joo Myung wore matching jean-on-jeans while WSJN’s Bona and IVE’s Wonyoung completed their outfits with a denim jacket. 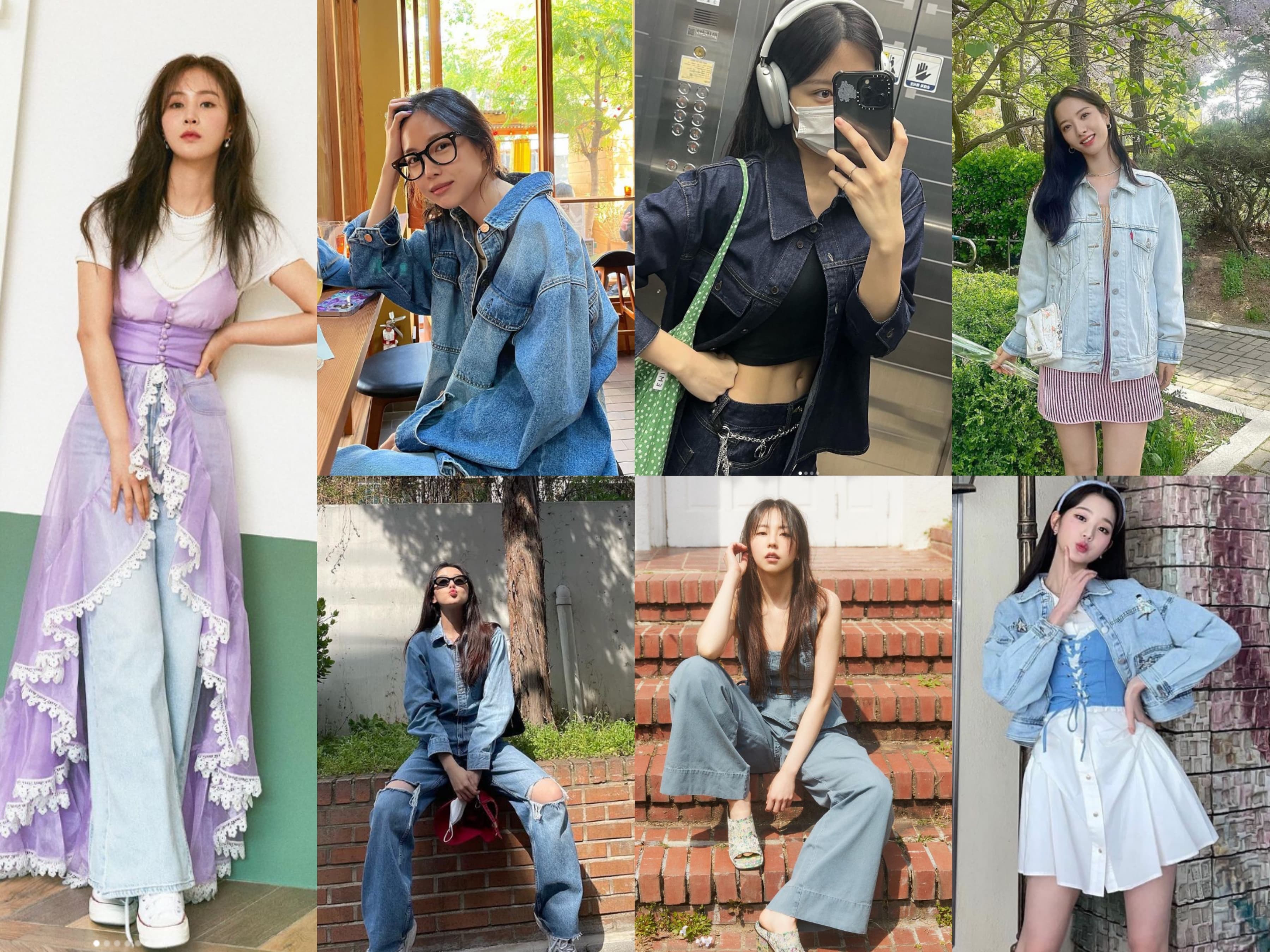 Denim overalls are easy to wear, and it’s the perfect outfit for a relaxed weekend getaway. Check out how Ahn So Hee, Jessica, and Lisa wore their own versions of this playful look. 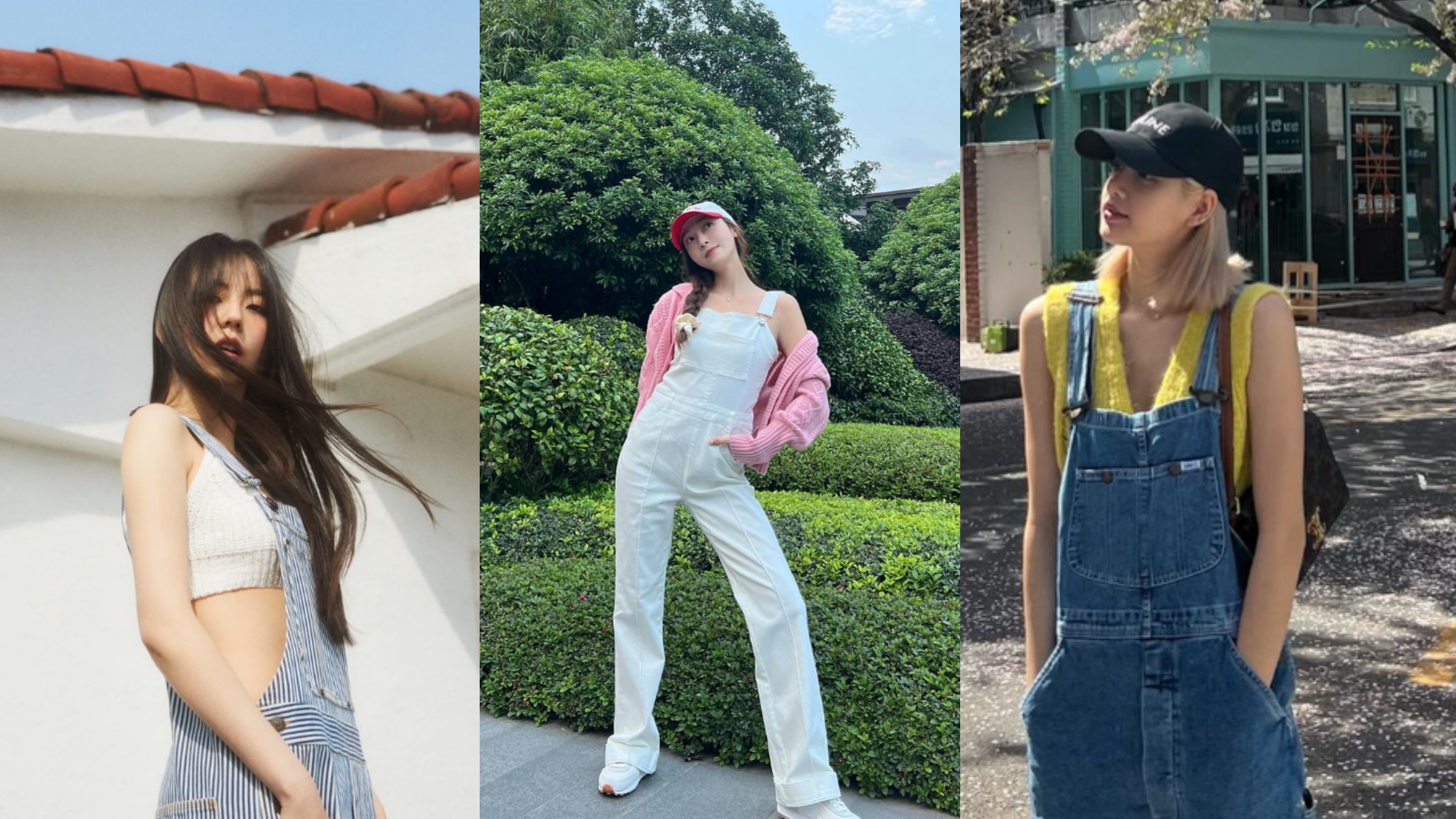 Korean stars are always at the forefront of the latest brands, and they’re proud of it, just like TWICE’s Nayeon and aespa’s Winter! 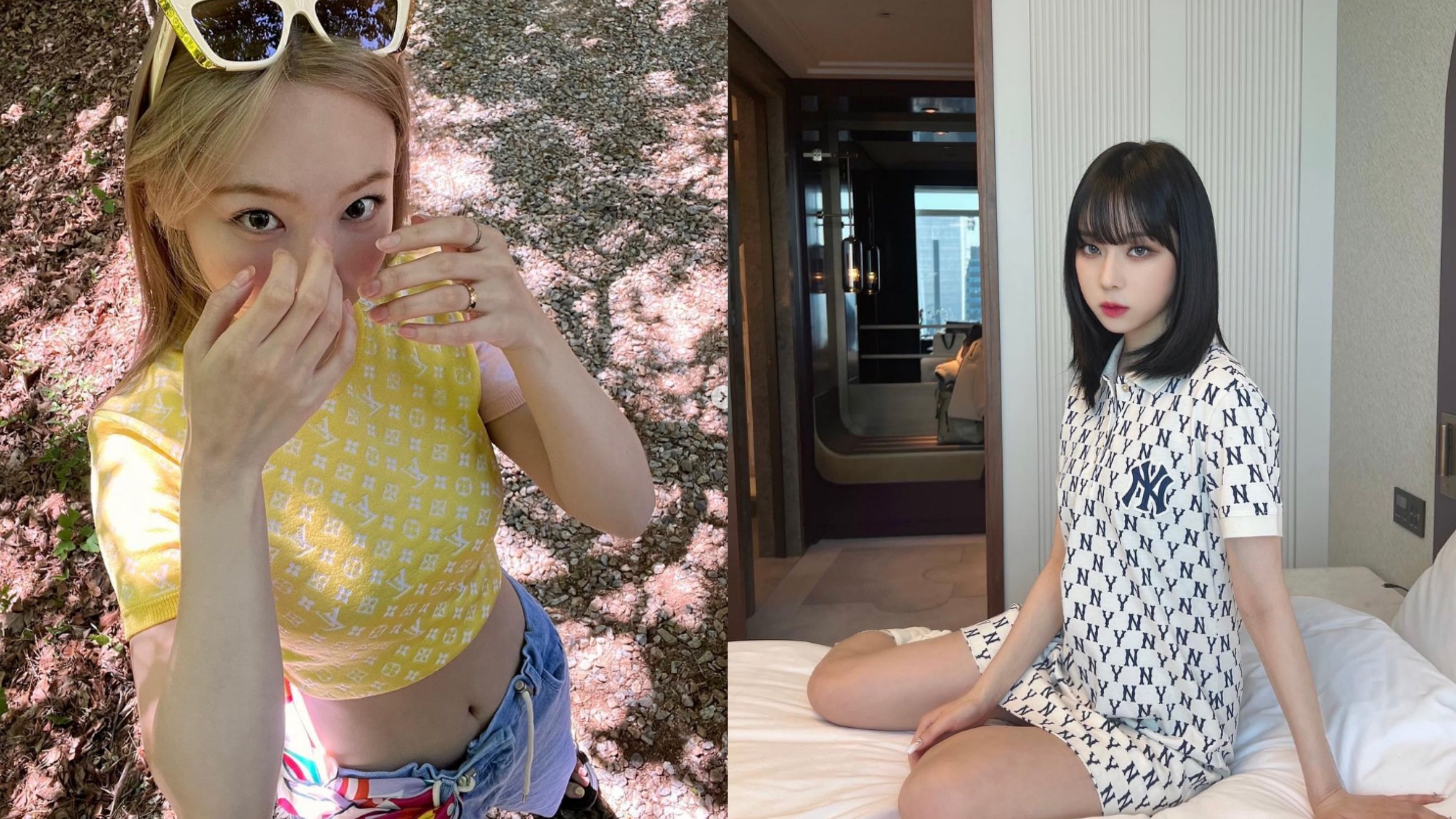 If there’s still a cool breeze during the day but it’s too hot to wear a jacket, opt for a knit short-sleeved top just like Han Sun Hwa, Girl’s Day’s Hyeri as well as Red Velvet’s Yeri and Joy. It’s a cute look that gives off a high teen vibe.

Summer won’t be complete without your favorite t-shirt that you’ve worn thousands of times. Give your big shirt something extra by cutting it into a cropped top! Jeon Somi looked hip and edgy while Red Velvet’s Wendy looked cute in their respective tiny t-shirts. 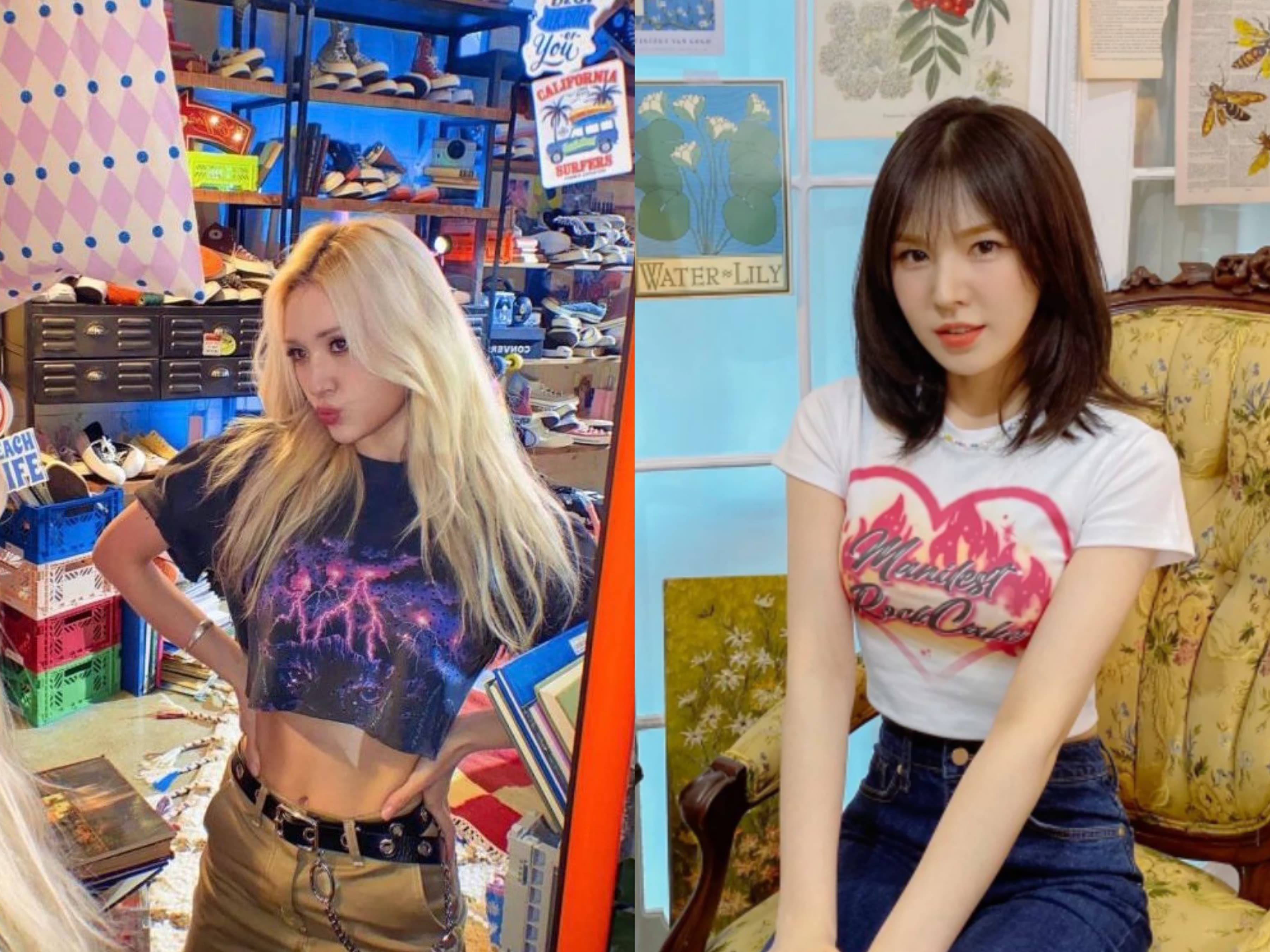 This print seems to be popular among (G)I-DLE’s Minnie and Jeon Soyeon as well as MAMAMOO’s Hwasa. It gives off a modern, feminine look. 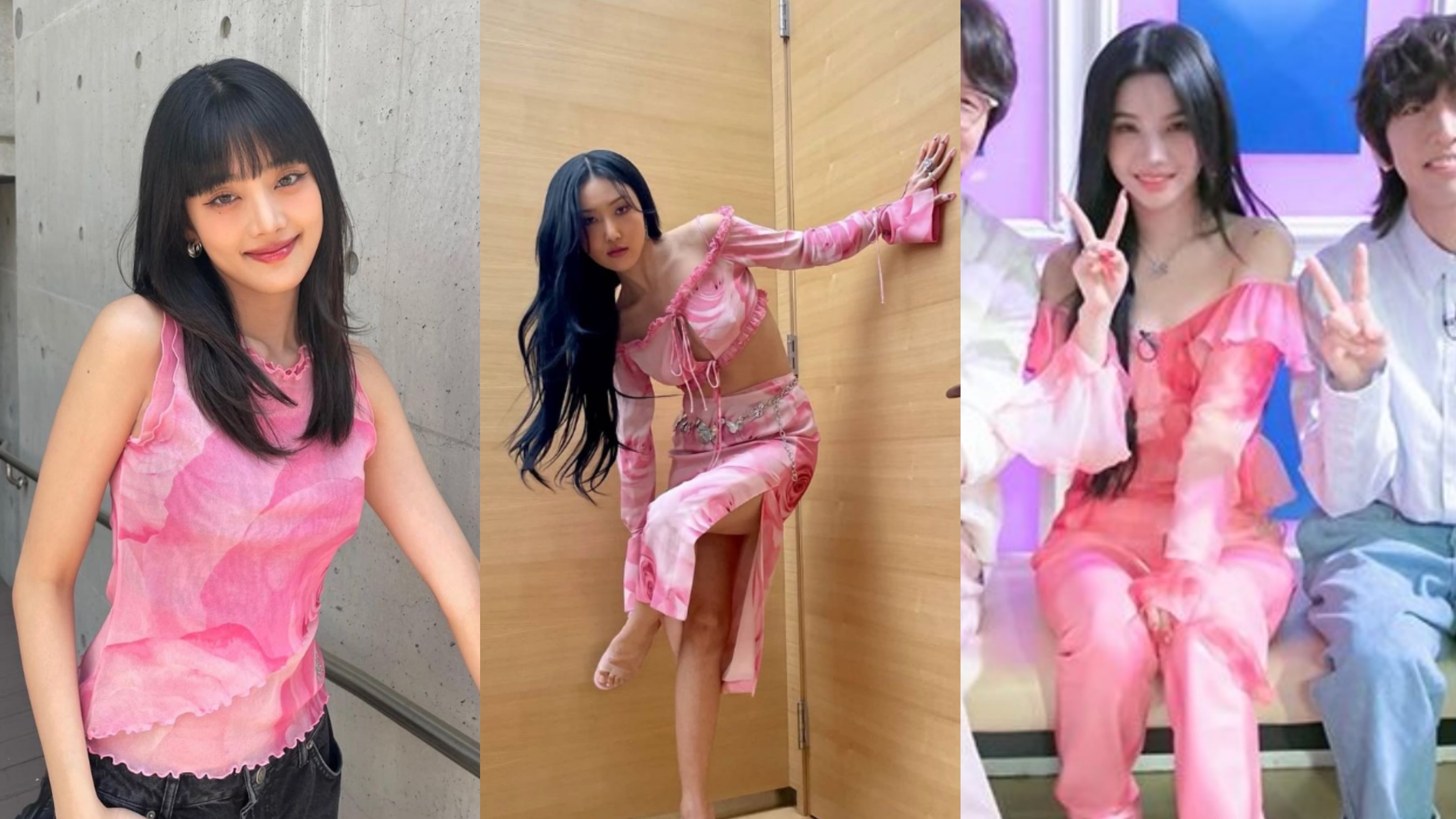 Another classic, a simple white dress will never go out of style. It’s crisp, clean, and definitely fit for warmer months. The aespa members looked chic and effortless in all white for a magazine photo shoot, a look that can be quite different from what they used to wear. 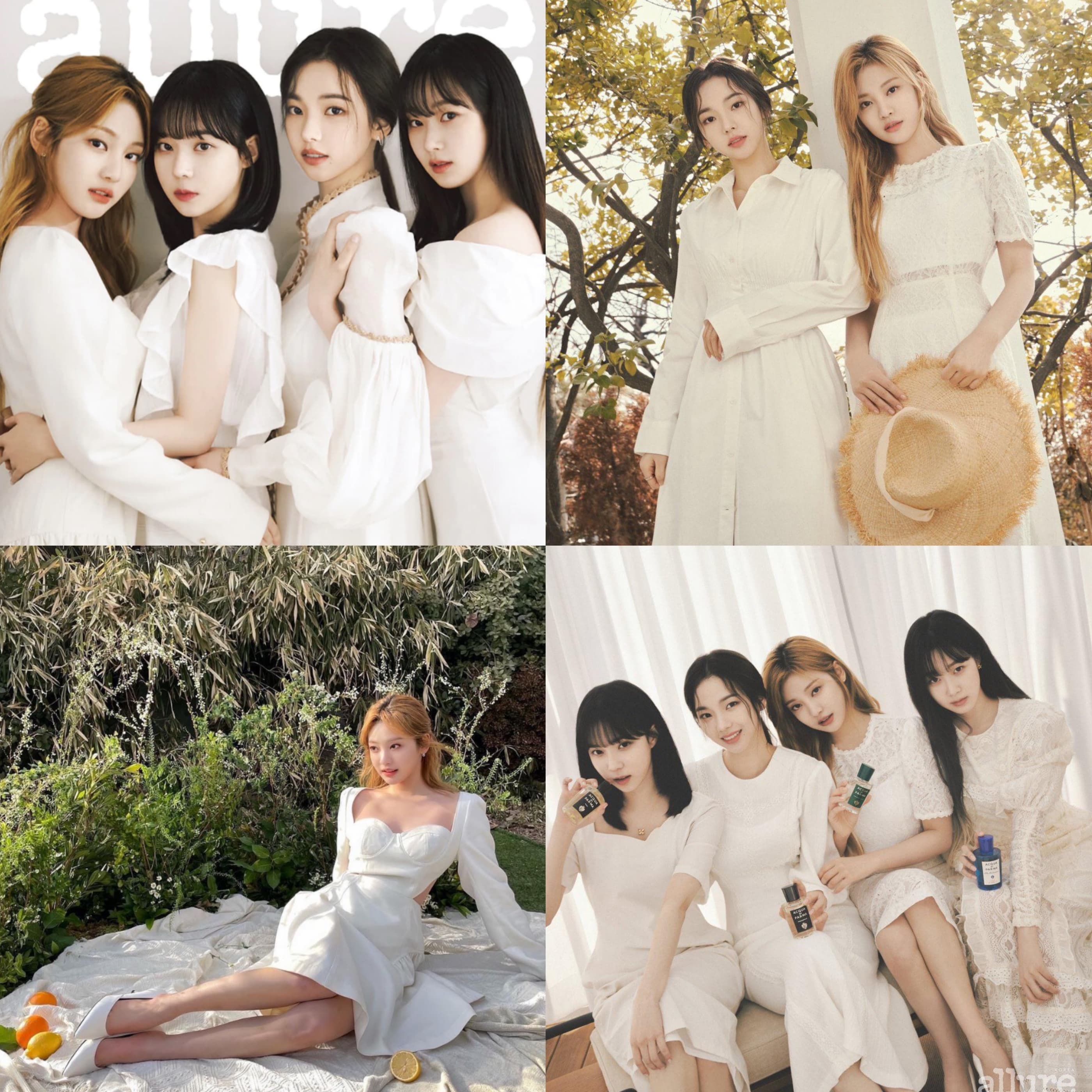 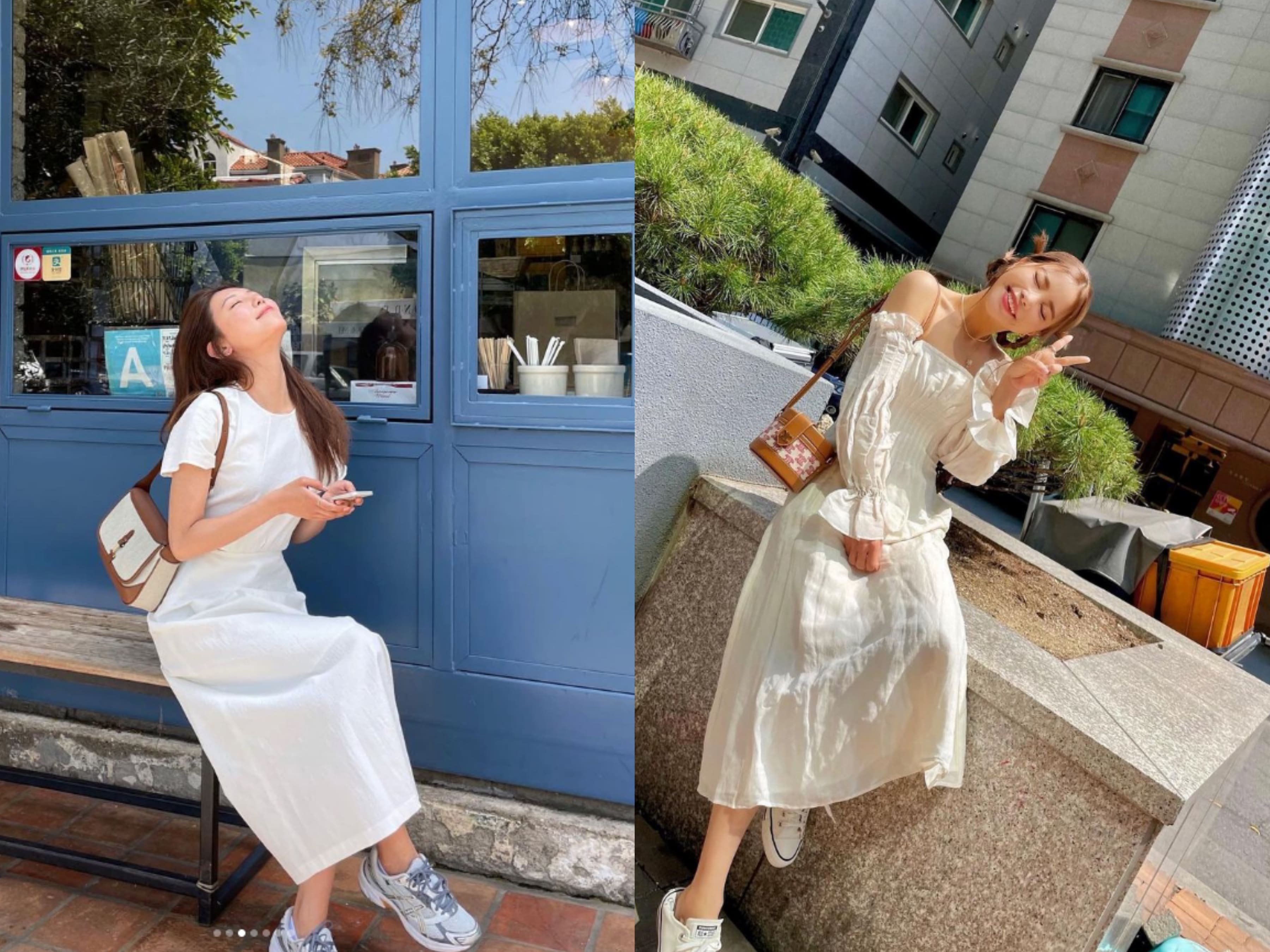 Girl’s Generation’s Sooyoung as well as Solar paired their respective white dresses with sneakers for a more effortless look!

What is summer without a summer dress? Apink’s Yoon Bomi, BLACKPINK’s Jisoo, and Girl’s Generation’s Tiffany were seen enjoying warmer days on vacation in print dresses that are picture perfect! 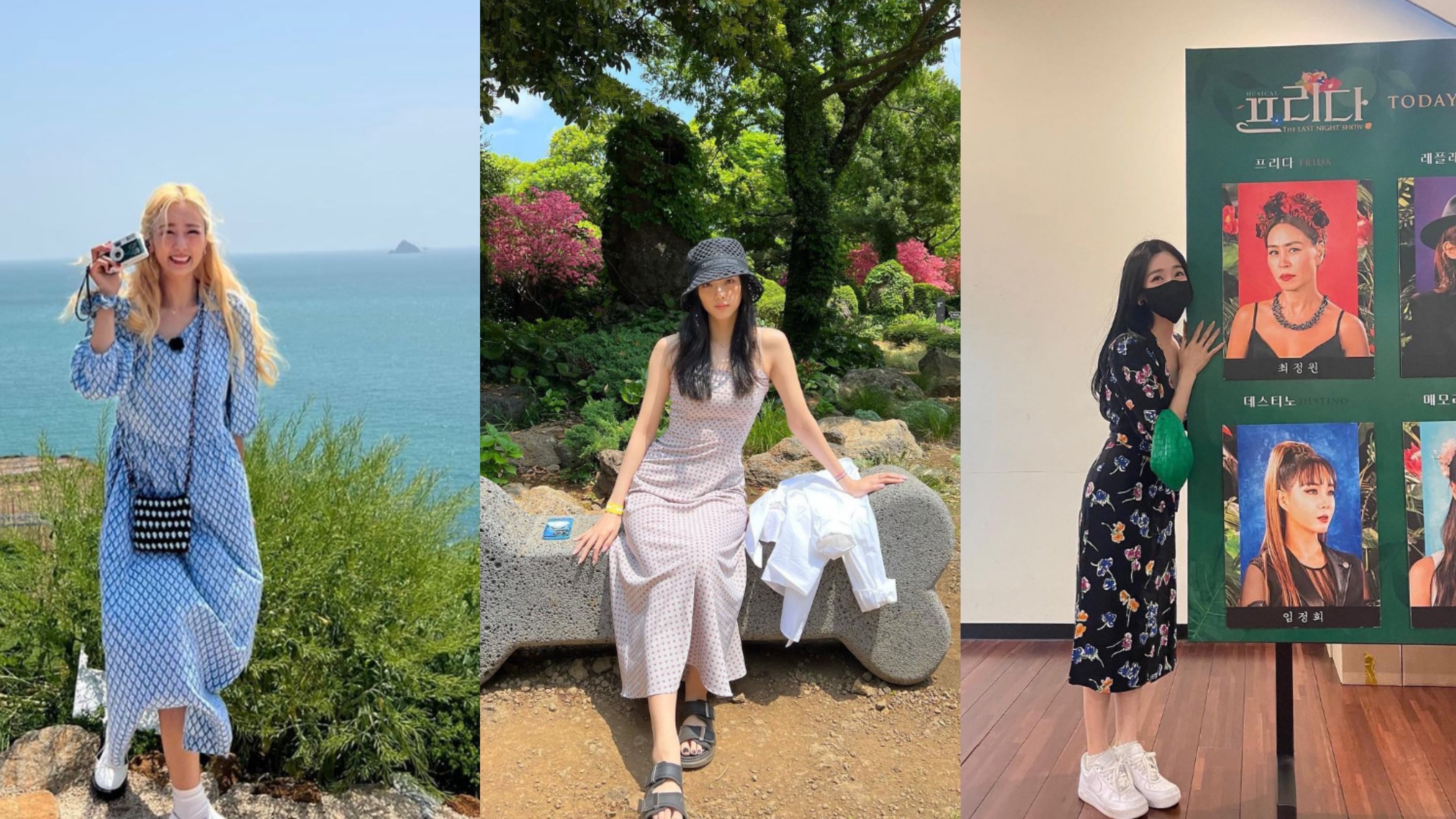 Just like the big change in weather, summer is the best time to spice up your look by starting with your hairstyle. A new hair color perhaps? HyunA, Jennie, and Red Velvet’s Seulgi were seen rocking the copper hair color. 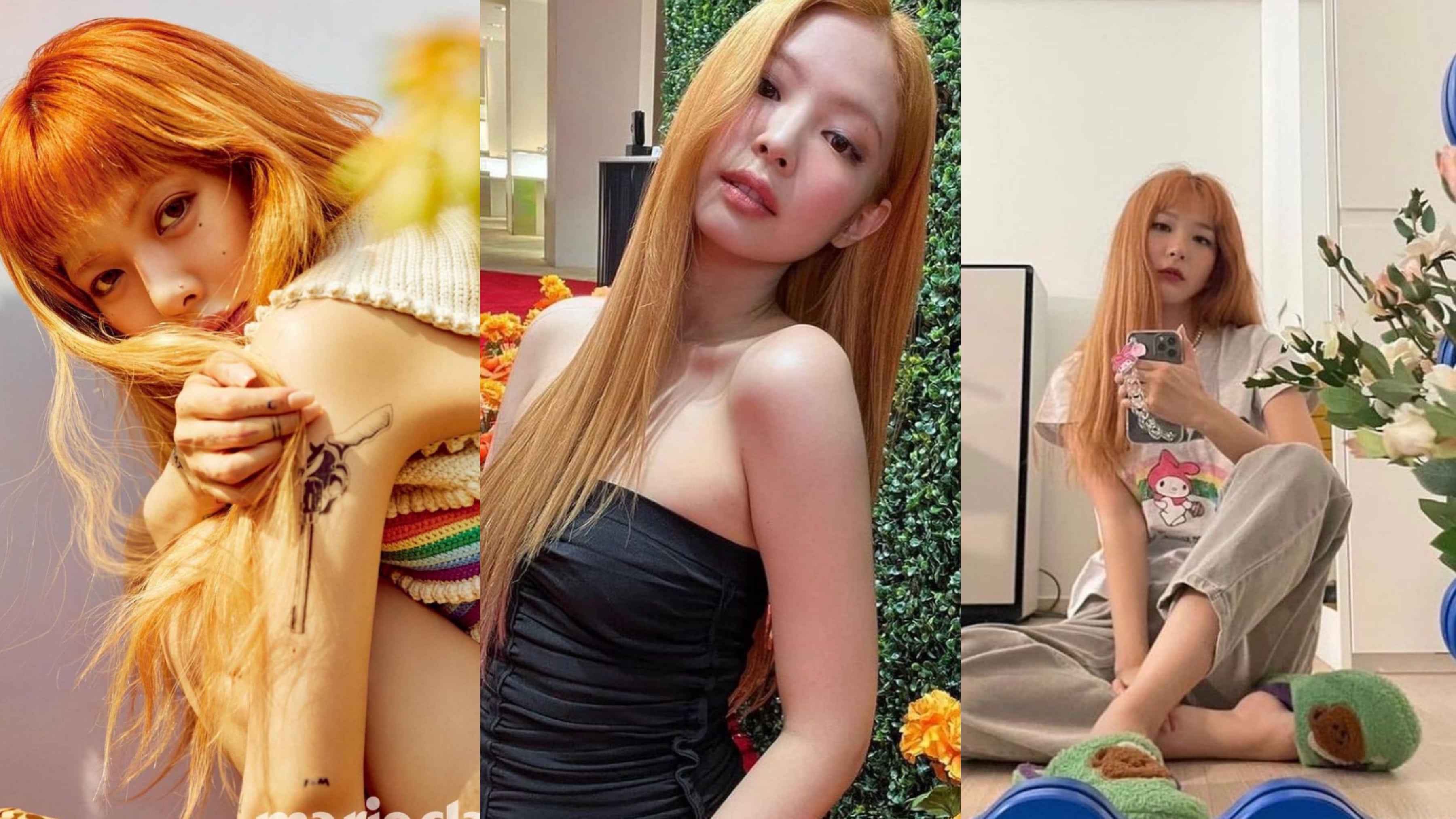 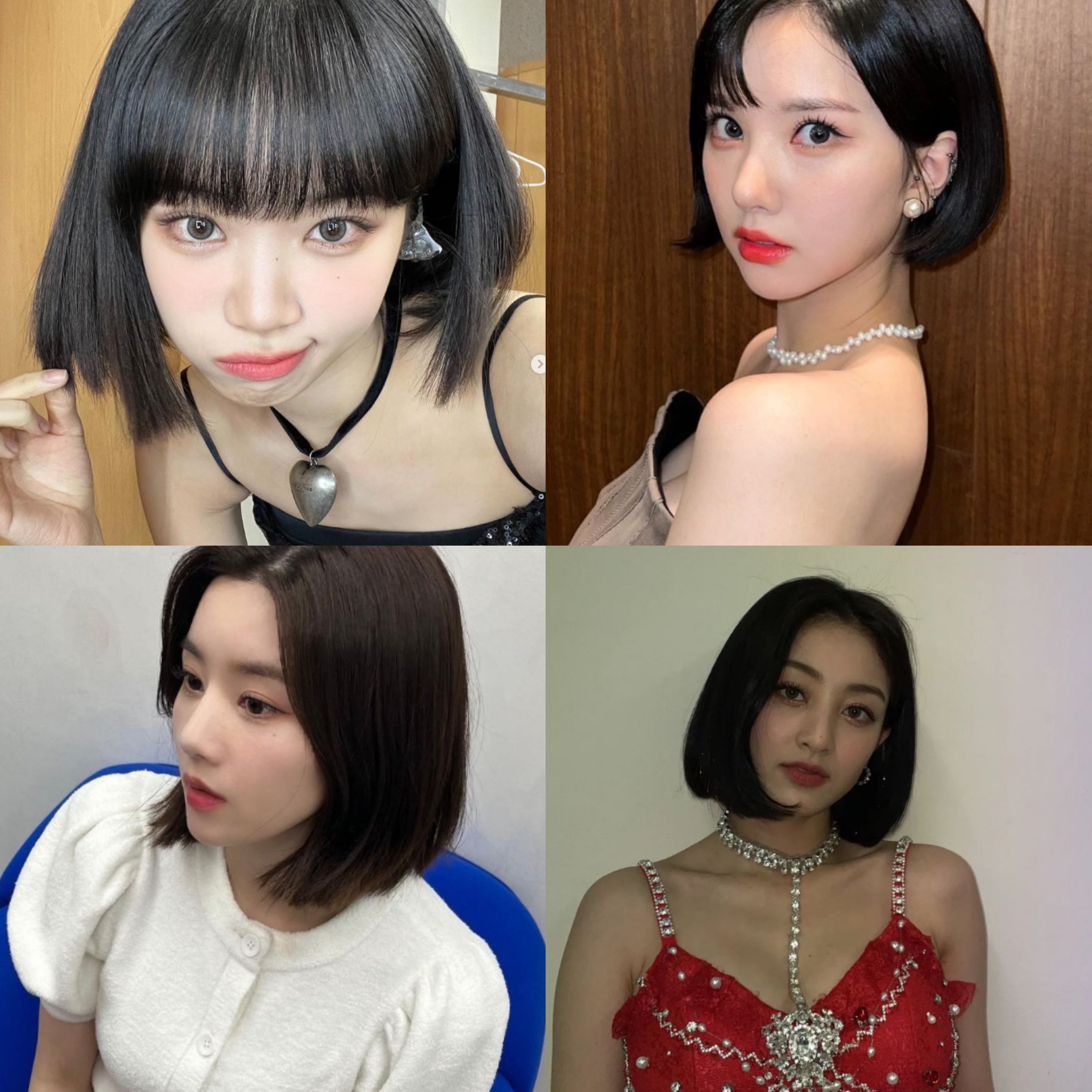 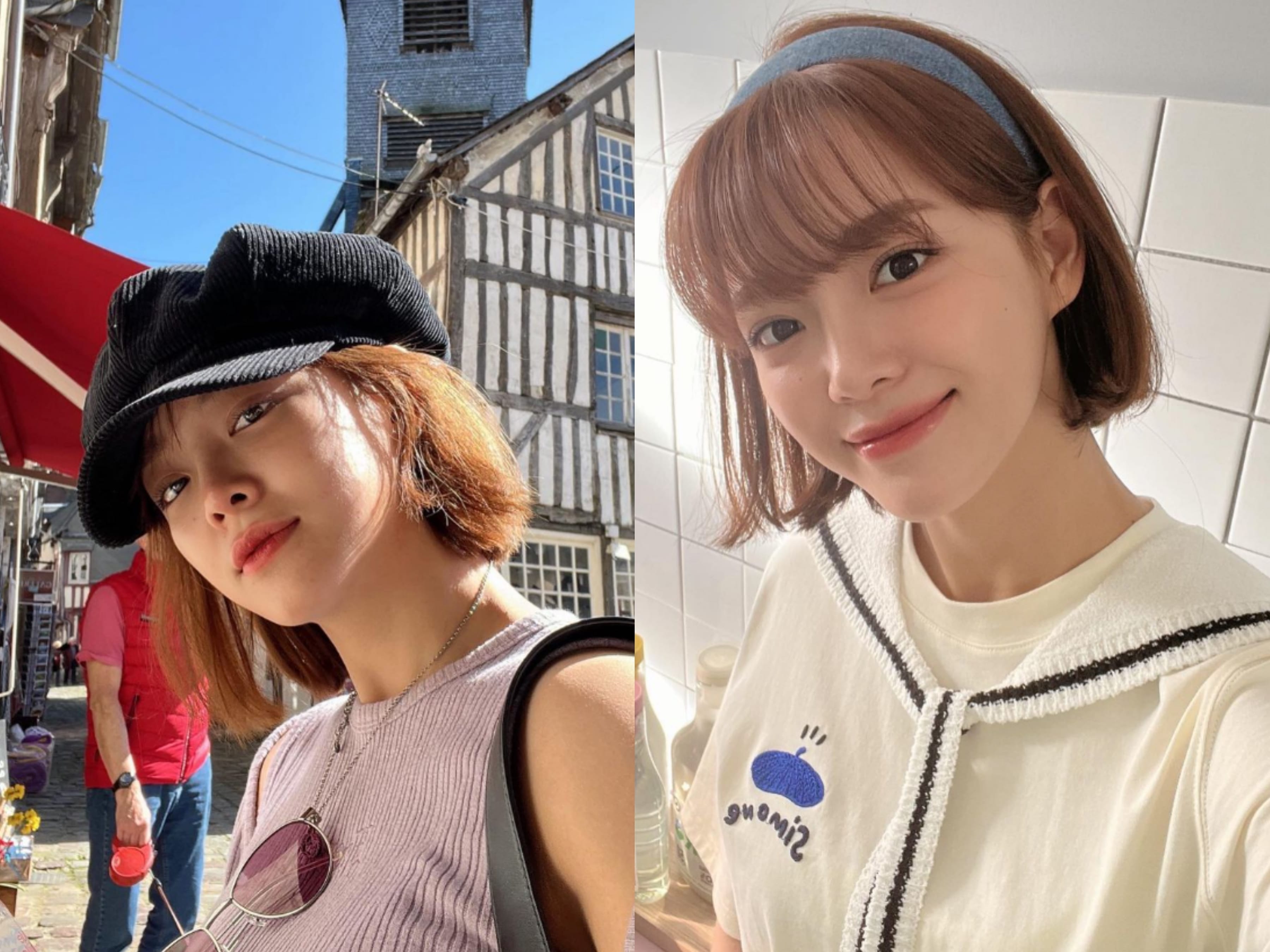 Hey Soompiers, which trend do you want to try this summer? Let us know in the comments below!