Ma Dong Seok recently sat down for an interview about his upcoming film “The Outlaws 2”!

The follow-up to Ma Dong Seok and Yoon Kye Sang‘s hit 2017 action film “The Outlaws,” “The Outlaws 2” (also known as “The Roundup”) will follow the exciting adventures of legendary detective Ma Seok Do and his police station’s violent crimes squad as they fight to eradicate crime. This time, they’ll be going after Kang Hae Sang, a super villain who has been committing crimes in Vietnam.

Ma Dong Seok will be reprising his role as Ma Seok Do, and he will be joined by his co-stars Choi Gwi Hwa, Heo Dong Won, Ha Jun, and Park Ji Hwan – all of whom are returning for the long-awaited sequel.

The actor first remarked on how he felt returning to star in a Korean film after his role in the Marvel Studios movie “The Eternals,” expressing his excitement and anticipation. “I think this is a time where what everyone needs most is a production that can relieve their stress,” he said. “Everyone must have been so frustrated throughout this time, so I hope ‘The Outlaws 2’ can be a film that can take that stress off of their shoulders.”

He continued by sharing his thoughts on returning to his role as detective Ma Seok Do, saying, “Above all else, I’m excited to be going back to a production that received a lot of love, but I’m also nervous. It would be a lie if I said I didn’t feel any pressure—all the actors and staff worked hard to make sure we didn’t just imitate the previous film. As this film goes back and forth between South Korea and Vietnam as we wipe out the bad guys in an even more satisfying and thrilling way, I’m really excited to show that to the audience.”

In addition to taking the starring role, Ma Dong Seok also participated in the planning and production side of the project. He commented on how great importance was placed on world-building in the sequel, after the original film focused more on defining the characters. ”

Ma Dong Seok has plenty of action scenes in the upcoming film. He emphasized the importance that was placed on the safety of himself and his fellow actors while filming. He then added, “In order to show a more improved skills compared to the original film, I worked on polishing up some special skills like judo and self-defense in addition to boxing. In Hollywood, there’s actors like Dwayne Johnson who specialize in the action genre. I’m working hard to take what I do well and improve even more.” 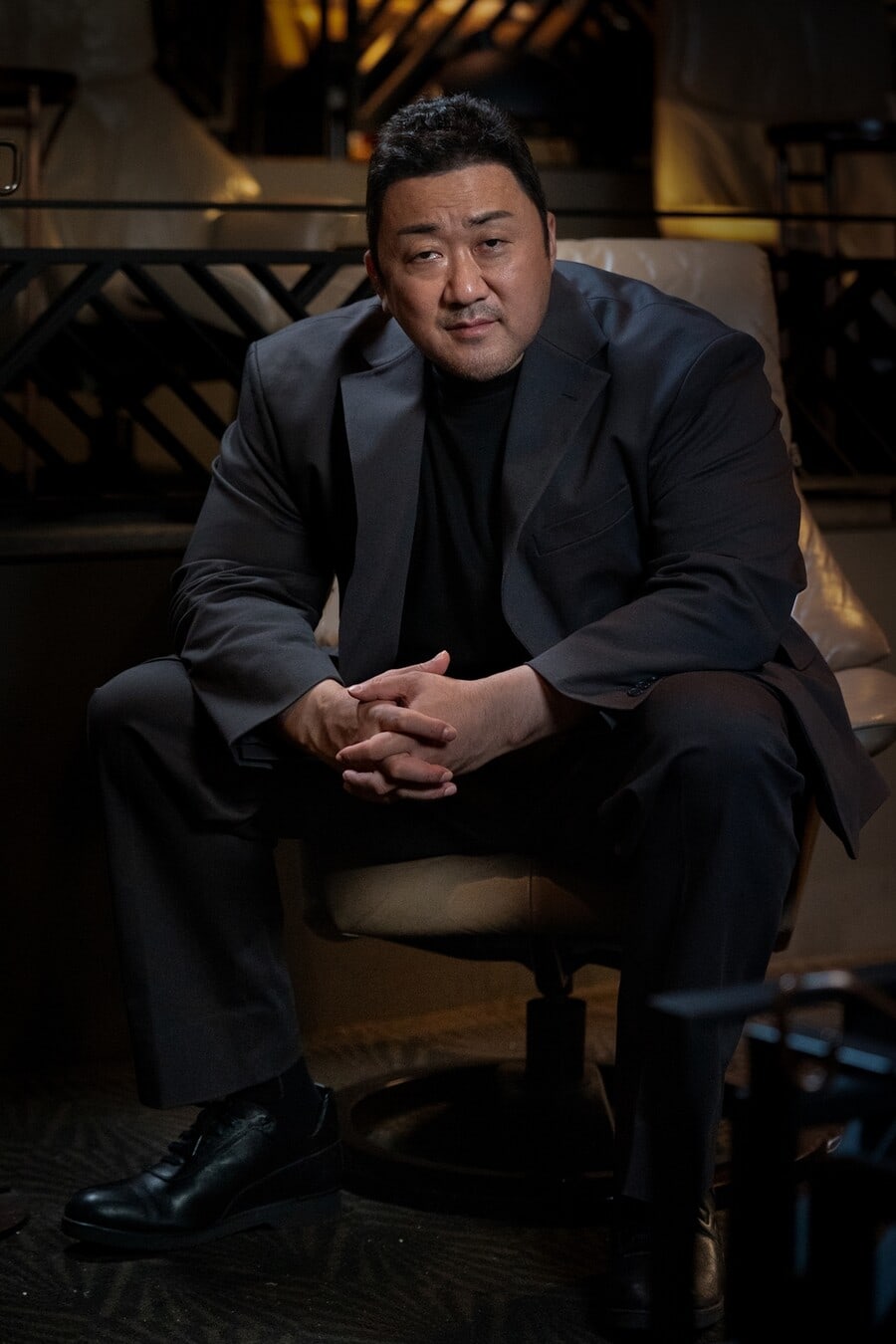 The showdown between Ma Dong Seok’s and Son Seok Gu‘s characters is said to be a highlight of the film. When asked if he had any particular stories related to the scenes between the pair, the actor shared, “Rather than having a lot of meetings beforehand, we worked on transforming our synergy on set into action. Son Seok Gu created some amazing action scenes thanks to his real and tough fighting style.”

As Choi Gwi Hwa, Heo Dong Won, Ha Jun, and Park Ji Hwan also all returned for the second film, viewers can look forward to their back-and-forth dialogue and on-screen chemistry. Ma Dong Seok commented on their teamwork as he said, “Even though the team got back together for the first time in a long time, it was easy to act together since we’re friends who can communicate just using our eyes. Although some ad-libs appeared thanks to our good teamwork, we mostly stuck with the outline of the script.”

The actor continued singing praises of his co-stars, saying, “They’re all veteran actors who are skilled at combining comedy and action to suit the dynamic of the film, so I was able to put my trust in them and immerse myself in the role of Ma Seok Do. There’s really not one bad actor in the bunch. They all did so well, and the actors I filmed with in Vietnam did great, too. Everyone did so well in their own roles that it made me really happy watching the film.”

Despite his busy schedule taking a physical toll, Ma Dong Seok expressed nothing but gratitude for having the opportunity to take roles in various films. “I want to infinitely use the time given to me, and I want to have unlimited opportunities,” he confessed. “Just like how Ma Seok Do of ‘The Outlaws 2’ makes a goal to get the job done no matter what, I also want to do as much as I can until the end. The magic spell of films is my greatest driving force.”

Ma Dong Seok concluded, “Rather than a film that leaves you with a heavy heart and a lot on your mind, I wanted to gift the audience with some refreshing action that would relieve all of their stress. Now that social distancing restrictions are lightening up, I hope that a lot of people can gather to enjoy the film like before. In addition to this film, I hope other films can do well also and lend strength to the film industry.” 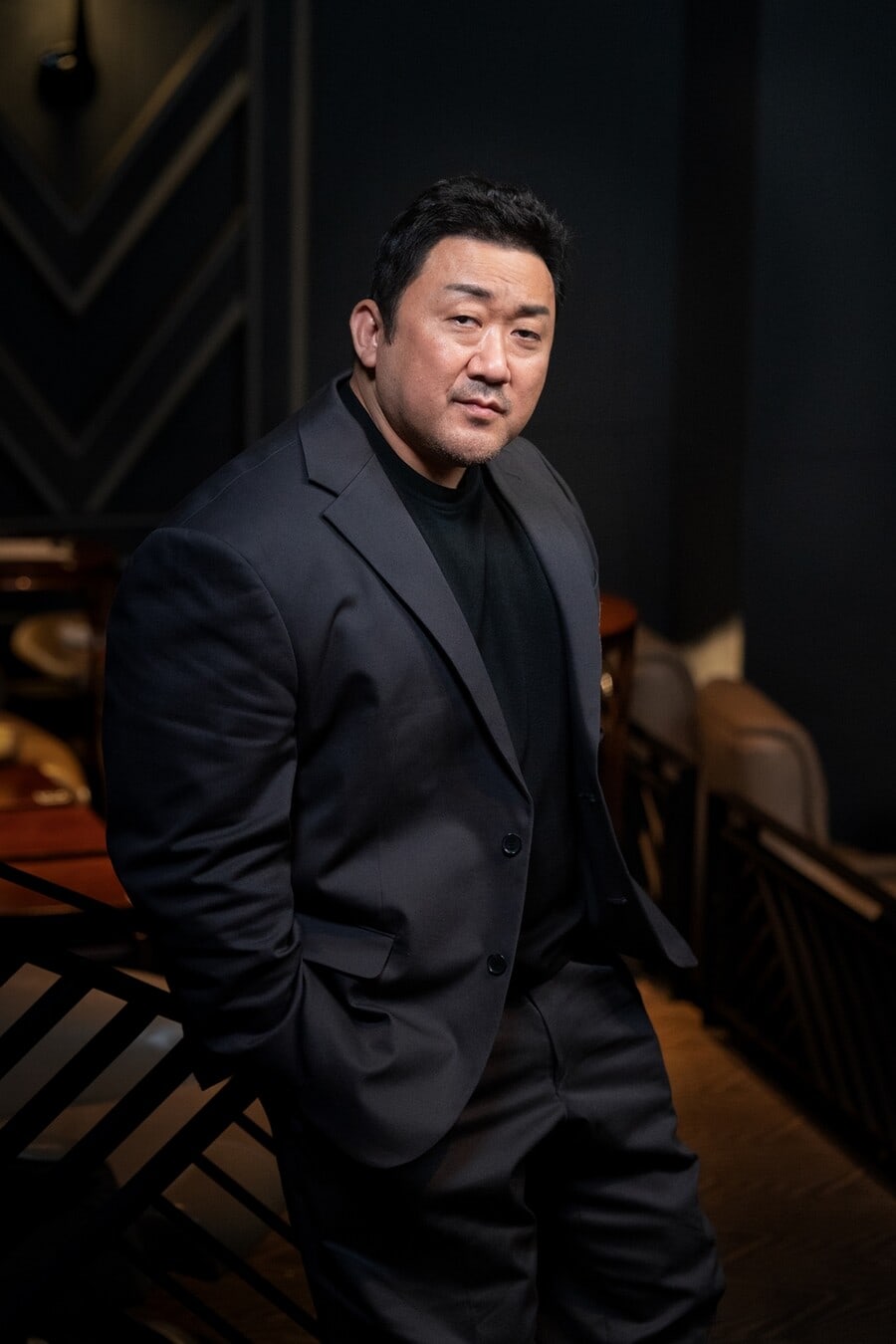 While you wait, check out the first movie below!

Ma Dong Seok
The Outlaws 2
How does this article make you feel?