Soompi & Viki Staff Talk: Which K-Drama Couple Is Your Favorite Of All Time?

Following the first article of the “Soompi & Viki Staff Talk” series in which our staff members dished on which K-dramas first got us hooked, we are back to chat about our favorite K-drama couples of all time.

Read about our favorites below! 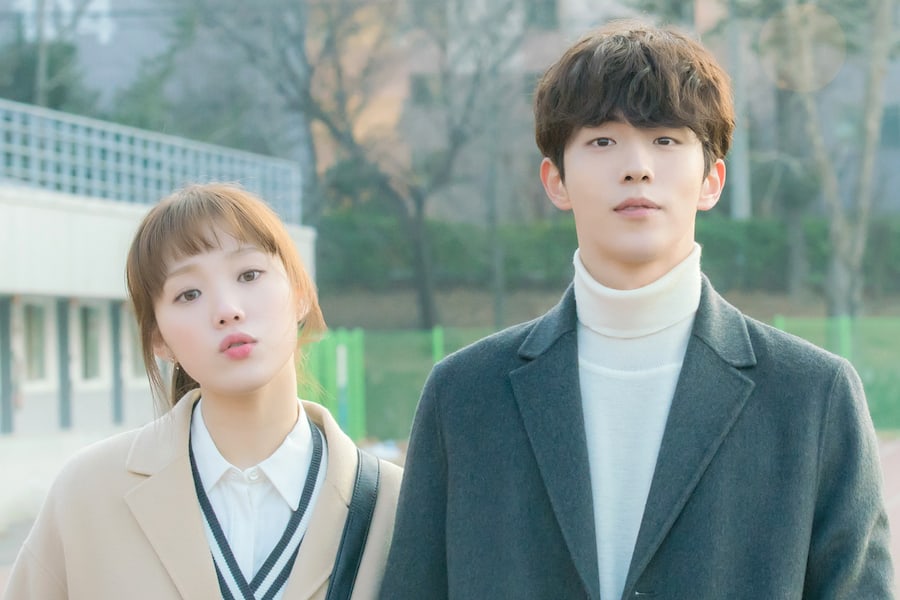 My favorite K-drama couple is Kim Bok Joo (Lee Sung Kyung) and Jung Joon Hyung (Nam Joo Hyuk) from “Weightlifting Fairy Kim Bok Joo.” Starting out as frenemies, the best part about Bok Joo and Joon Hyung is how their relationship develops. They were friends in elementary school, but they don’t recognize each other when they reunite in college until one fateful moment when Bok Joo falls in the pool and Joon Hyung saves her. In that split second when he holds her in his arms, their childhood memories suddenly resurface. Bok Joo doesn’t know anything about love, so it’s adorable to see how she realizes her feelings for Joon Hyung and vice versa. The actors completely brought the characters to life, making Bok Joo and Joon Hyung a perfectly adorable couple that won’t be forgotten. 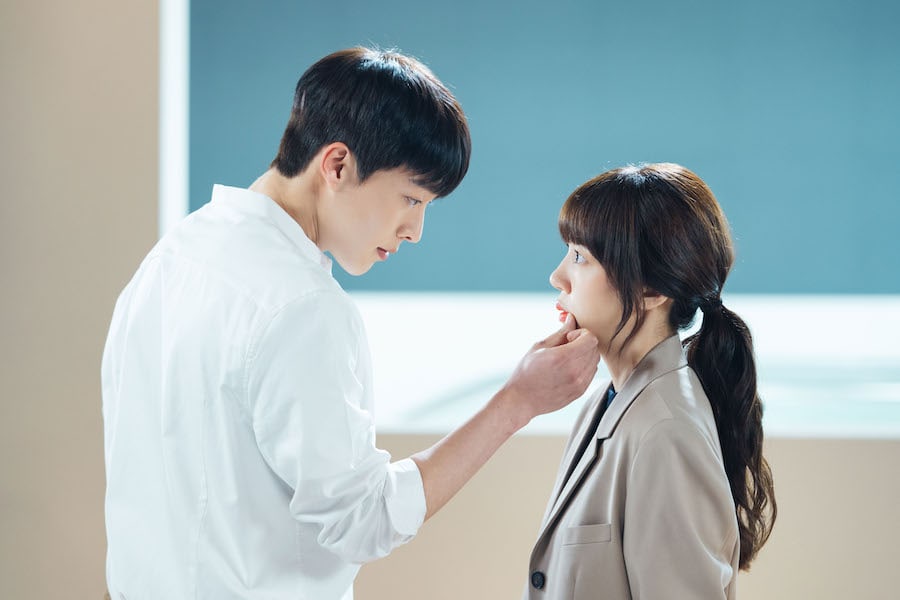 “Search: WWW” is a drama that might have you wanting to work at a Korean office. The two main characters of the drama, Park Mo Gun (Jang Ki Yong) and Bae Ta Mi (Im Soo Jung), seem to really reflect the relationship ideals of the younger generation of Korea since they are faithful to their own jobs but eager to love at the same time. Above all, watching “Search: WWW” makes me want to start my own relationship when seeing Park Mo Gun and Bae Ta Mi honestly confessing their love, thinking about each other at work, and going on ordinary dates in their daily lives after work. Their dinner dates and walks together seem to reflect a realistic office romance that all K-drama fans dream of! 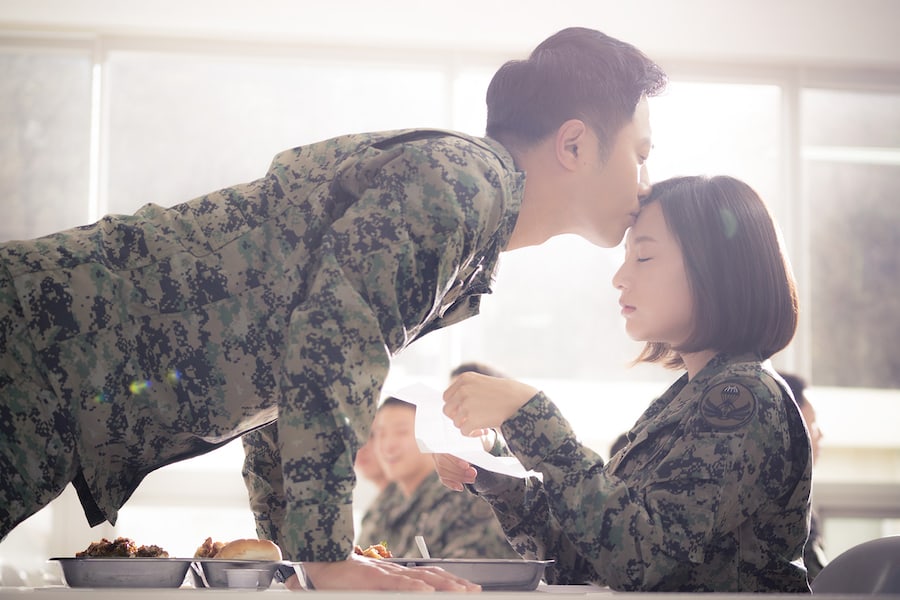 My favorite K-drama couple is from “Descendants of the Sun,” an iconic hit drama that stole all my tears. While many viewers fell for the main love story of Yoo Shi Jin (Song Joong Ki) and Kang Mo Yeon (Song Hye Kyo), I am more into another couple: Seo Dae Young (Jin Goo) and Yoon Myung Joo (Kim Ji Won). Their relationship is taboo due to social restraints, and they break up due to objections from Myung Joo’s father. However, this cannot deter Myung Joo who dares to love and breaks the traditional rules, so she pursues Dae Young by chasing him all the way to the other side of the earth. Meanwhile, as an upright soldier who always sticks to his principles, Dae Young always struggles to express his true feelings for Myung Joo. The realistic acting and chemistry of Jin Goo and Kim Ji Won created a K-drama couple that captured my heart.

Watch “Descendants of the Sun” below: 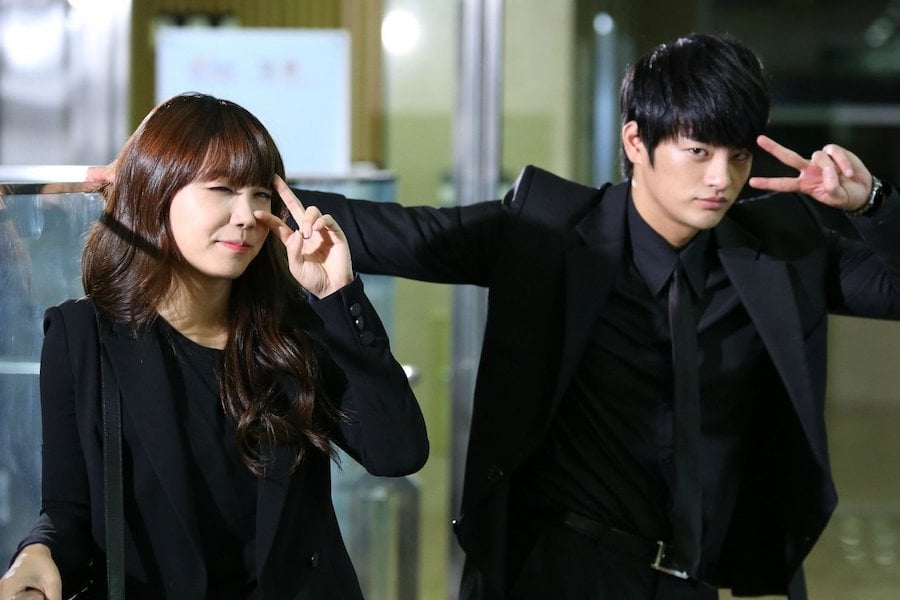 I have always had a love for the childhood friends to lovers trope, so when I watched “Reply 1997,” it hit all the right spots for me. With actors Jung Eun Ji as Sung Shi Won and Seo In Guk as Yoon Yoon Jae, the pair is portrayed as friends who have known each other since as far back as they can remember. Their parents are friends, so naturally, they had each other since they were born, keeping it a “just friends” zone until high school. They share their first kiss—not in the sweet way that you would think—but in a rather funny way where Shi Won beats up Yoon Jae for stealing her first kiss. The two part ways to go off to university and reunite 6 years later, when they admit their feelings for each other and finally begin their romantic relationship. Their adorable love-hate relationship and undeniable chemistry are sure to leave a soft smile on your lips. Which makes me wonder…do I have any childhood friends I can reach out to for a little romance? 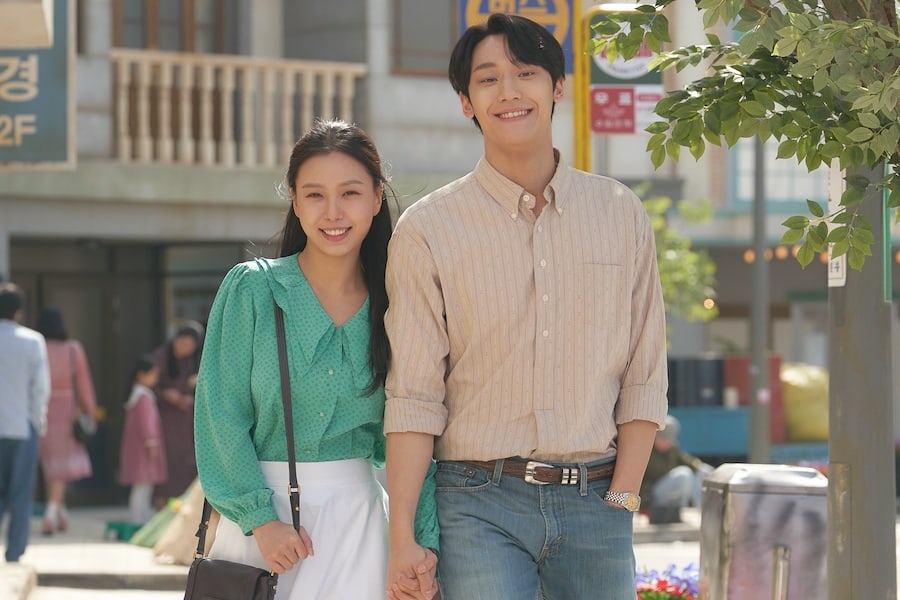 As someone who usually only picks out happy rom-coms to watch, I did not expect to fall for a K-drama couple with the most heart-wrenching love story until I watched “Youth of May,” which takes place through the tragic historical background of the 1980 Gwangju Uprising. Starring Lee Do Hyun as Hwang Hee Tae and Go Min Si as Kim Myung Hee, the drama makes it clear from the very first episode that a happy ending should not be expected. However, Lee Do Hyun and Go Min Si’s natural chemistry along with the rom-com vibes in the early stages of Hee Tae and Myung Hee’s romance had me immediately hooked. Before I knew it, it was too late to back out of the emotional rollercoaster, but I do not regret all the smiles and tears that made “MyungHeeTae” an unforgettable K-drama couple that will always remain in my heart. 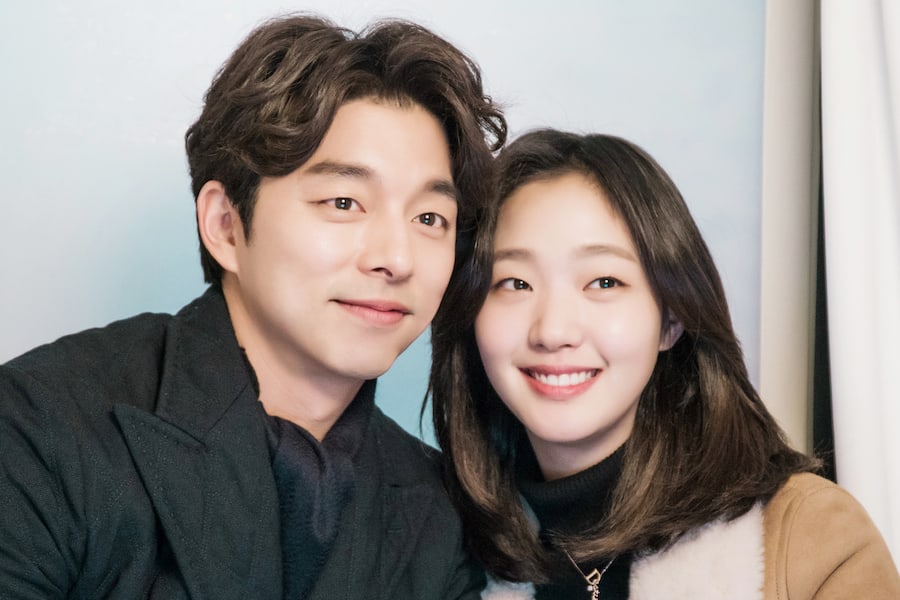 As someone who loves fantasy romance dramas and dreams of one day finding a fateful love (although I know it will never happen in real life), the main couple from “Guardian: The Lonely and Great God” is a forever favorite of mine. Both the goblin Kim Shin (Gong Yoo) and Ji Eun Tak (Kim Go Eun) have tragic pasts, and they’re connected by fate since Ji Eun Tak is the only one who can pull out the sword stuck inside the goblin to end his immortality. Despite the huge age difference (almost a 900-year gap), Ji Eun Tak’s bubbly personality and Kim Shin’s gorgeous looks and charms make their relationship seem rather cute. Most of my favorite scenes take place in Quebec, where their dates really give the “you’re my first and last love” vibe. Their chemistry in the drama even made me visit Quebec myself and see the beautiful filming spots. Although I couldn’t find my own goblin there, I highly recommend visiting the area sometime in the fall—who knows if you might encounter your fate there!

Watch “Guardian: The Lonely and Great God” below: 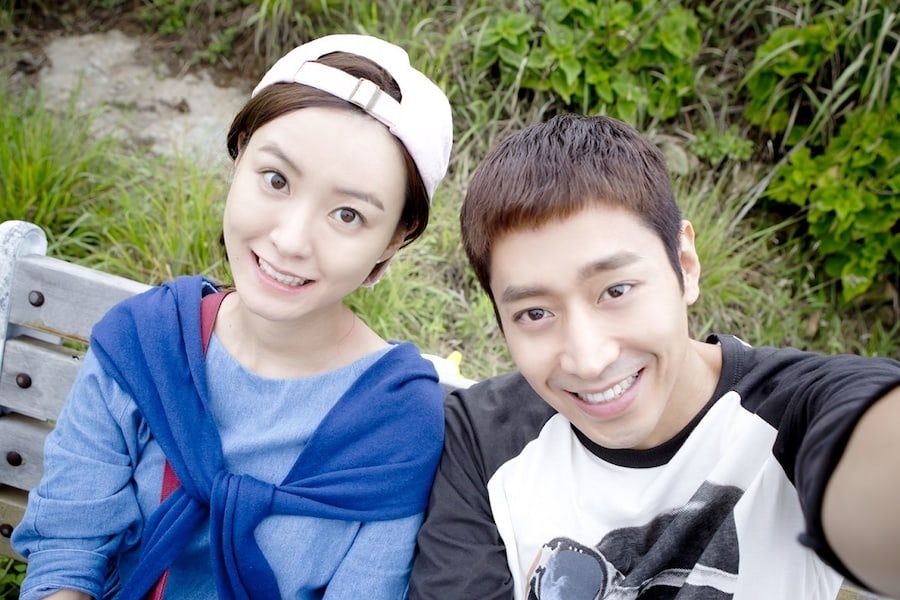 Legendary romance drama “Discovery of Love” left so many iconic quotes about love and what has become my favorite K-drama couple. Han Yeo Reum (Jung Yu Mi) and Kang Tae Ha (Eric) are an ex-couple that accidentally reunites after five years, and the drama shows how they act in front of their true love even after being hurt by them in the past. Jung Yu Mi and her loveliness made Han Yeo Reum to be a cute and sensitive but firm character who is determined to move on, while Eric portrayed his character Kang Tae Ha as a childish and pathetic ex-boyfriend who can also be a mature and sincere lover as well. Every scene is so natural and realistic that this drama has pretty much become my bible for romance.

Watch “Discovery of Love” below: 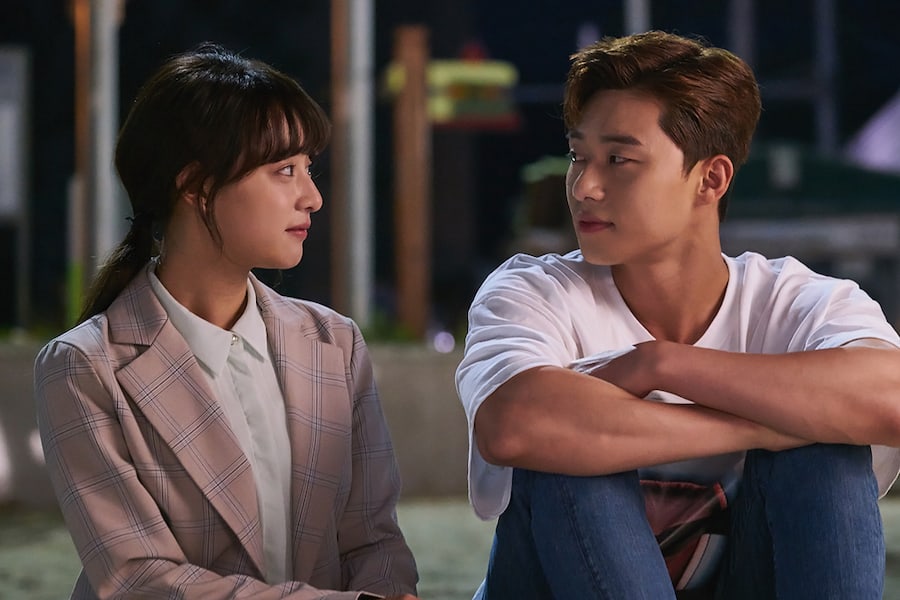 There’s just something so comforting about friends to lovers stories, and Park Seo Joon and Kim Ji Won in “Fight My Way” really make their characters’ chemistry shine. “Fight My Way” is a story about youth in which longtime friends Go Dong Man (Park Seo Joon) and Choi Ae Ra (Kim Ji Won) chase after their dreams and find love along the way. The two actors play the part of childhood friends so naturally. They adorably bicker nonstop but still deeply care for each other in their own ways. Not everything is always ideal and lovey-dovey, but that’s what makes it more realistic. The comedy and their aegyo battles just make their relationship even cuter without taking away from their sincere feelings for one another. Their chemistry is so easy and natural, it’s hard not to be jealous!

Watch “Fight My Way” below:

Now time to talk about your K-drama OTP!

Earn the chance to win a free Viki Pass by participating in the giveaway event on Viki’s Twitter or Instagram: 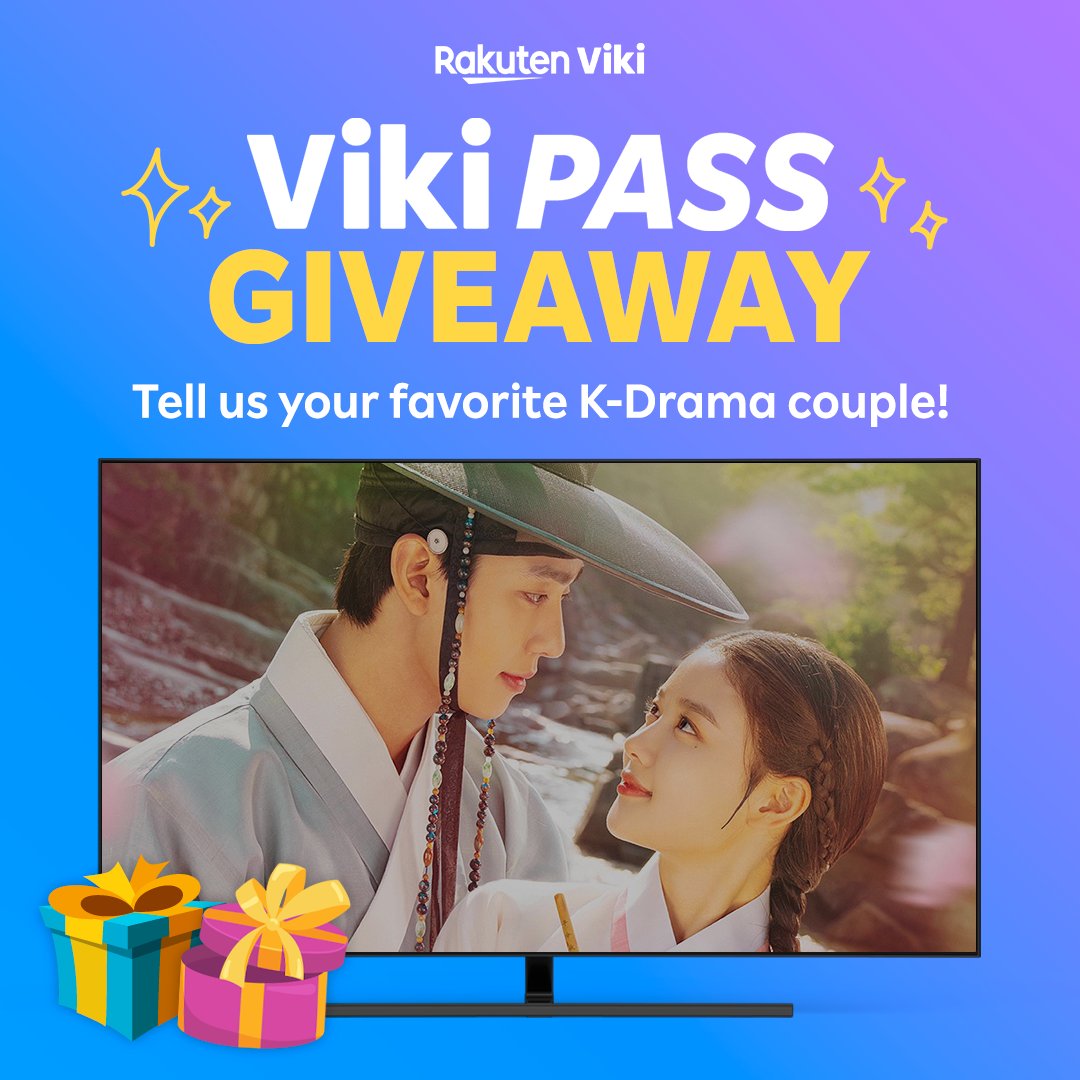 Soompi Spotlight
Search: WWW
Discovery of Love
Descendants of the Sun
Reply 1997
Weightlifting Fairy Kim Bok Joo
Fight My Way
Guardian: The Lonely and Great God
Youth of May
How does this article make you feel?