Hwang In Yeop Is Determined To Lead Seo Hyun Jin Out Of The Darkness In Main Poster For “Why Her?”

SBS’s upcoming Friday-Saturday drama “Why Her?” has unveiled its main poster!

Seo Hyun Jin’s character Oh Soo Jae is the youngest ace partner at the leading TK Law Firm. She is a cold character equipped with a flaming desire to win and fearless self-righteousness that makes her opponents kneel before her. Hwang In Yeop plays Gong Chan who has great empathy that allows him to look into other people’s hearts. However, he also has a painful past that caused his fate to become twisted. Gong Chan begins to experience a change after fatefully meeting Oh Soo Jae who has been pushed out of her position to become an affiliated professor for the law school due to an unexpected incident.

With curiosity increasing about the drama, the production crew released the main poster featuring the four lead characters. Like previous posters, they are in a sea of people who have their backs turned to the camera. However, what’s interesting about this one is the way Gong Chan is holding Oh Soo Jae’s hand and leading her somewhere. In other glimpses of the drama, Oh Soo Jae always looked cold and unyielding, but this time, she seems to have let her guard down, and Gong Chan stares ahead with a firm gaze. This amps up the anticipation for their affectionate yet heartbreaking story.

In addition, Choi Tae Guk and Choi Yoon Sang are standing in the distance with cold gazes, piquing curiosity about their own connection to each other. The text on the poster reads, “In order to survive, at the very top, act more deadly.” 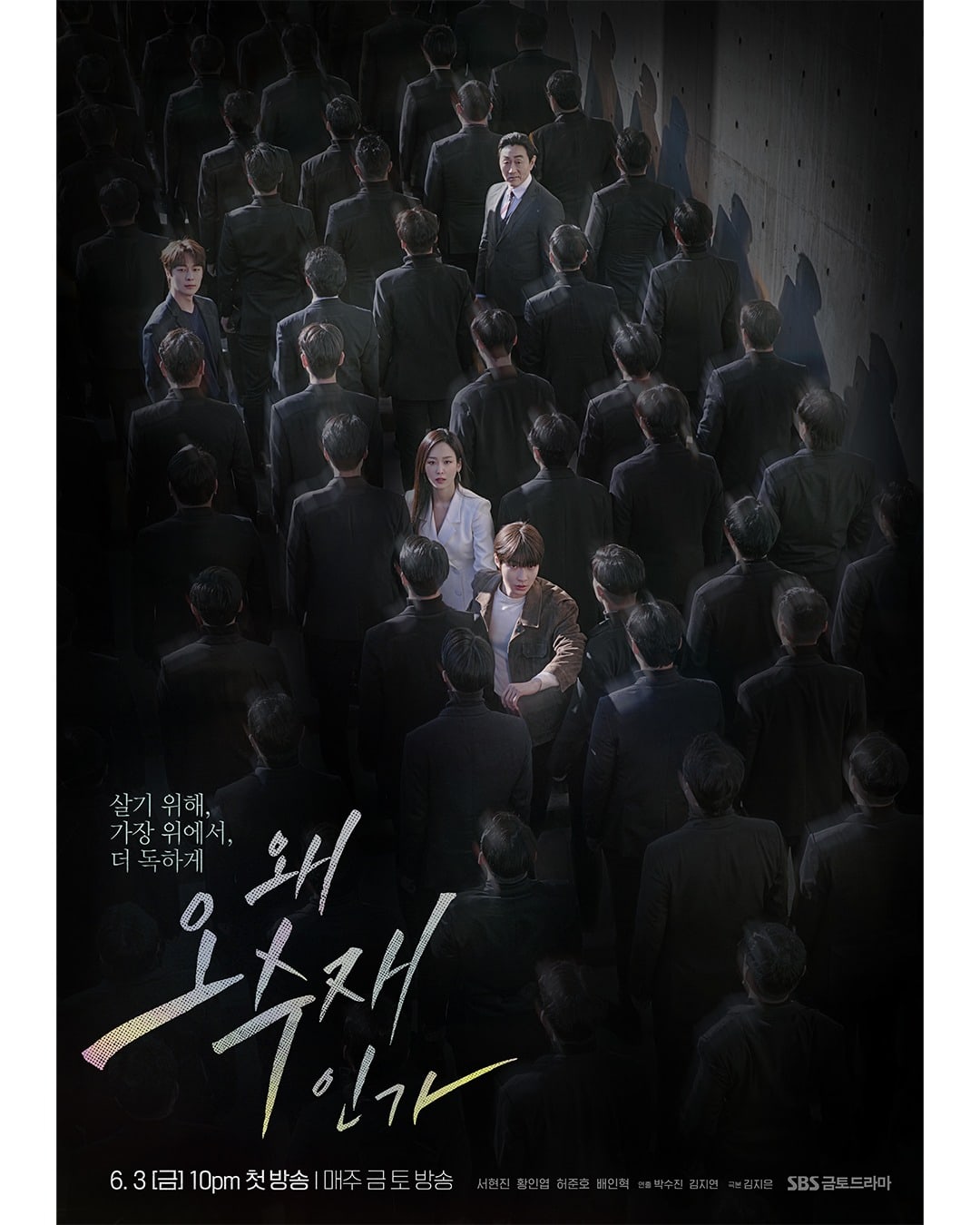 The production team stated, “[The drama] depicts the story of Oh Soo Jae and Gong Chan’s salvation that will change each other’s lives and the complicated and subtle relationship between Choi Tae Guk and Choi Yoon Sang that shakes them. If you follow the drama while digging into their relationships, the decisive events and secrets will be solved one by one. It will be an important key point.”

While waiting, watch Heo Joon Ho in “Missing: The Other Side“:

Heo Joon Ho
Seo Hyun Jin
Bae In Hyuk
Hwang In Yeop
Why Her?
How does this article make you feel?