tvN’s “Our Blues” shared a loving poster of Kim Woo Bin and Han Ji Min that has fans eagerly anticipating the rest of their love story!

In the drama, Han Ji Min takes the role of Lee Young Ok, a haenyeo (female diver that harvests sea life for a living) who runs a bar at night. Kim Woo Bin stars as Park Jung Joon, a ship captain with a warm heart.

Previously, the two characters became lovers after Park Jung Joon’s straightforward confession. They made hearts flutter with their sweet dates, and in episode 11, they went on a trip to the beautiful Gapado Island. However, the secrets of Lee Young Ok have yet to come to light, and viewers are eagerly waiting to find out how they will affect her romance with Park Jung Joon.

The text “Let’s keep things between us easygoing like now and not get serious!” is what Lee Young Ok said to Park Jung Joon before. She doesn’t want to have a deep relationship with anyone, and her lighthearted nature led to many rumors, especially because of her mysterious backstory. Previously, she burst into tears in front of Hyun Choon Hee (Go Doo Shim) as she shared the truth, piquing curiosity about what happened to her. 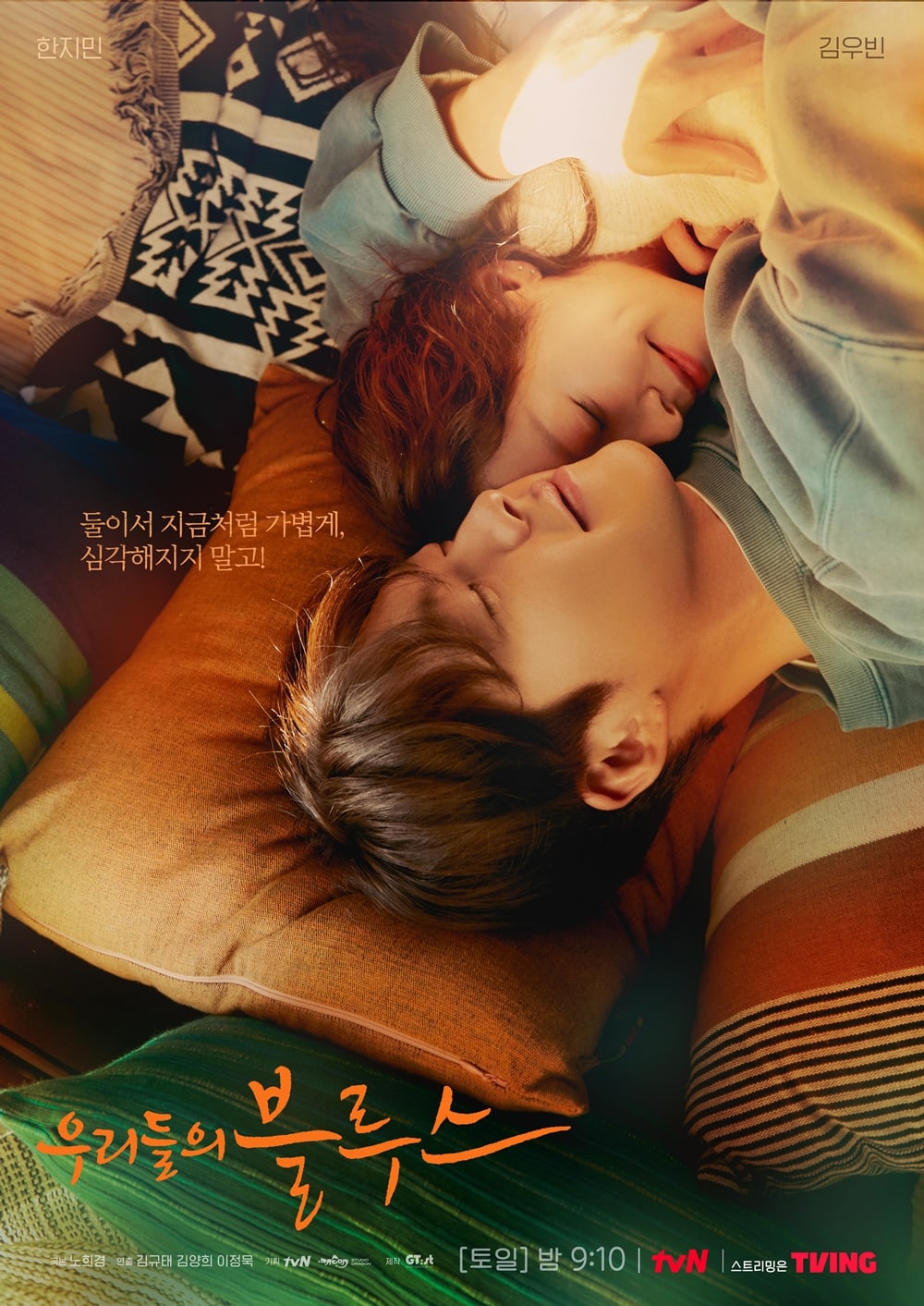 The production team stated, “The episode of Lee Young Ok, Park Jung Joon, and the ‘mysterious character’ related to her will begin. With sweetness and affection, there will be a deeper romance than before.”

In the meantime, check out Kim Woo Bin in “Uncontrollably Fond” below!

Han Ji Min
Kim Woo Bin
Our Blues
How does this article make you feel?