Based on the popular webtoon of the same name, “Yumi’s Cells” tells the story of an ordinary office worker named Yumi—from the point of view of the many brain cells in her head controlling her every thought, feeling, and action. Kim Go Eun plays the titular role of Yumi, an ordinary woman who struggles with expressing her feelings. The first season of “Yumi’s Cells,” which became the first K-drama ever to combine live action and 3D animation, aired in autumn 2021 and received a lot of love from viewers.

The newly released “group” poster features Yumi and her charming co-worker Yoo Babi (played by GOT7’s Jinyoung), as well as several of their adorable cells.

Most importantly, Yoo Babi’s giant love cell brings him and Yumi together with a warm embrace, as if he is playing the role of Cupid for the would-be couple.

Meanwhile, the left side of the poster is filled with the familiar faces of Yumi’s cells, including her own love cell, who seems to be frantically trying to send Yumi a message as she holds onto her skirt. However, there’s also a new addition to the squad: a pretty new cell that has to do with the change in Yumi’s now-long hair. 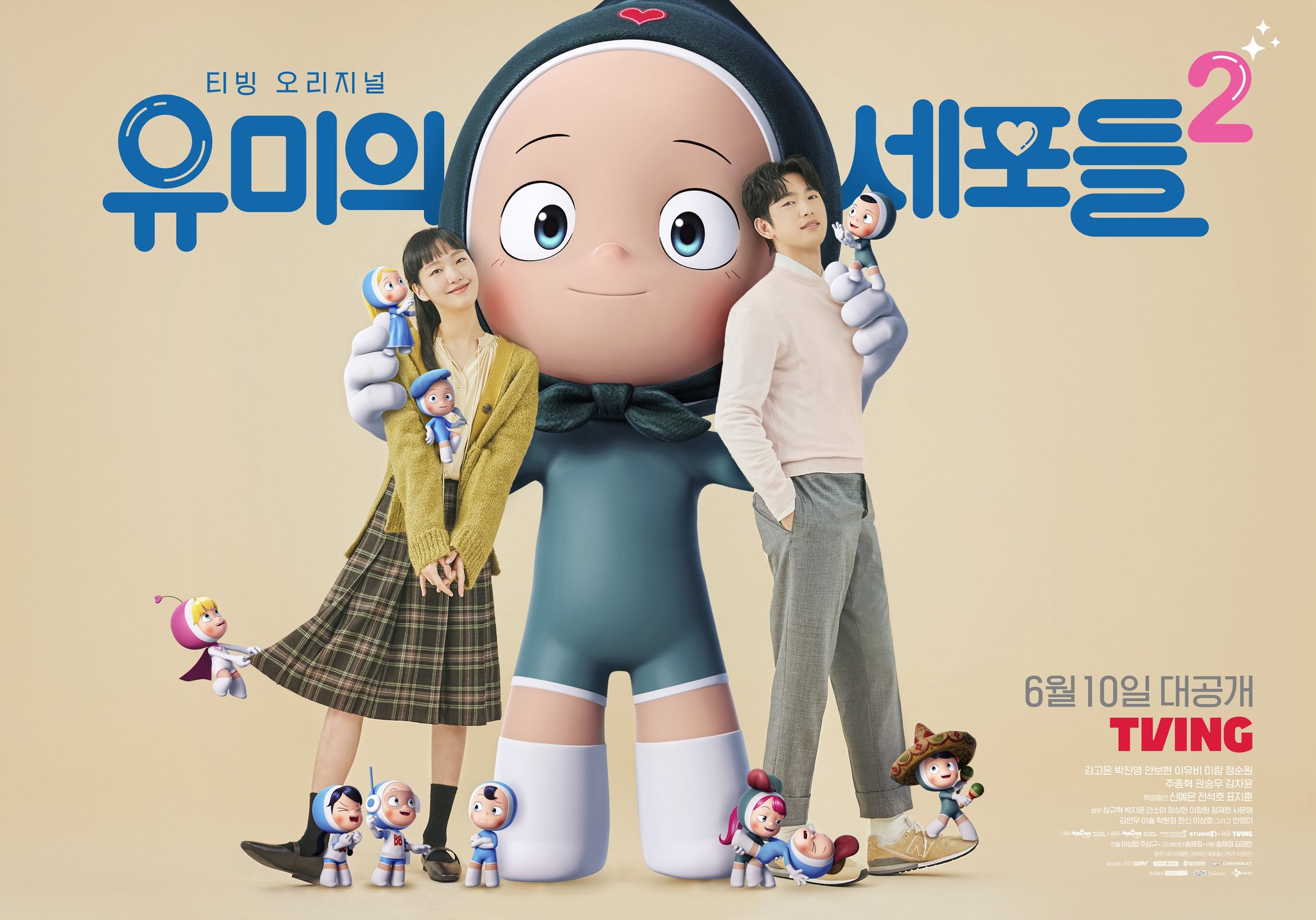 The producers of “Yumi’s Cells 2” teased, “The journey of Yumi and Babi growing closer will make viewers’ hearts flutter in a new and different way from Season 1.”

They went on to add, “Please look forward to both Yumi’s new cells and Babi’s cells as well. The cells, each and every one of whom has their own distinct personality, will make Yumi’s everyday life even more fun to watch.”