Based on a webtoon of the same name, “Jinxed at First” is a fantasy romance drama about what happens when a poor, unlucky man, who has accepted his unfortunate fate, meets a goddess of fortune, who jumps out into the unknown to undo a curse despite having been hidden away by a chaebol family. Na In Woo will be playing Seodong Market’s fish seller Gong Soo Kwang who has a special jinx, and Seohyun will be playing Seul Bi who has the special ability of seeing the future of the person she touches.

The drama recently released new stills that show the relationship between Seul Bi and her mother Mi Soo (Yoon Ji Hye), who also has the ability to see the future. The production crew hinted that the two women will experience tragedy due to their special powers.

In the photos, Seohyun and Yoon Ji Hye portray a very close mother-daughter duo. In one photo, they share a tender, affectionate hug, but Seul Bi’s eyes are full of concern. Another photo shows them staring at someone with Seul Bi looking fearful and Mi Soo appearing cold and stiff. The two characters are in danger solely because they’re different from others, and fans can look forward to seeing how they will deal with this crisis. 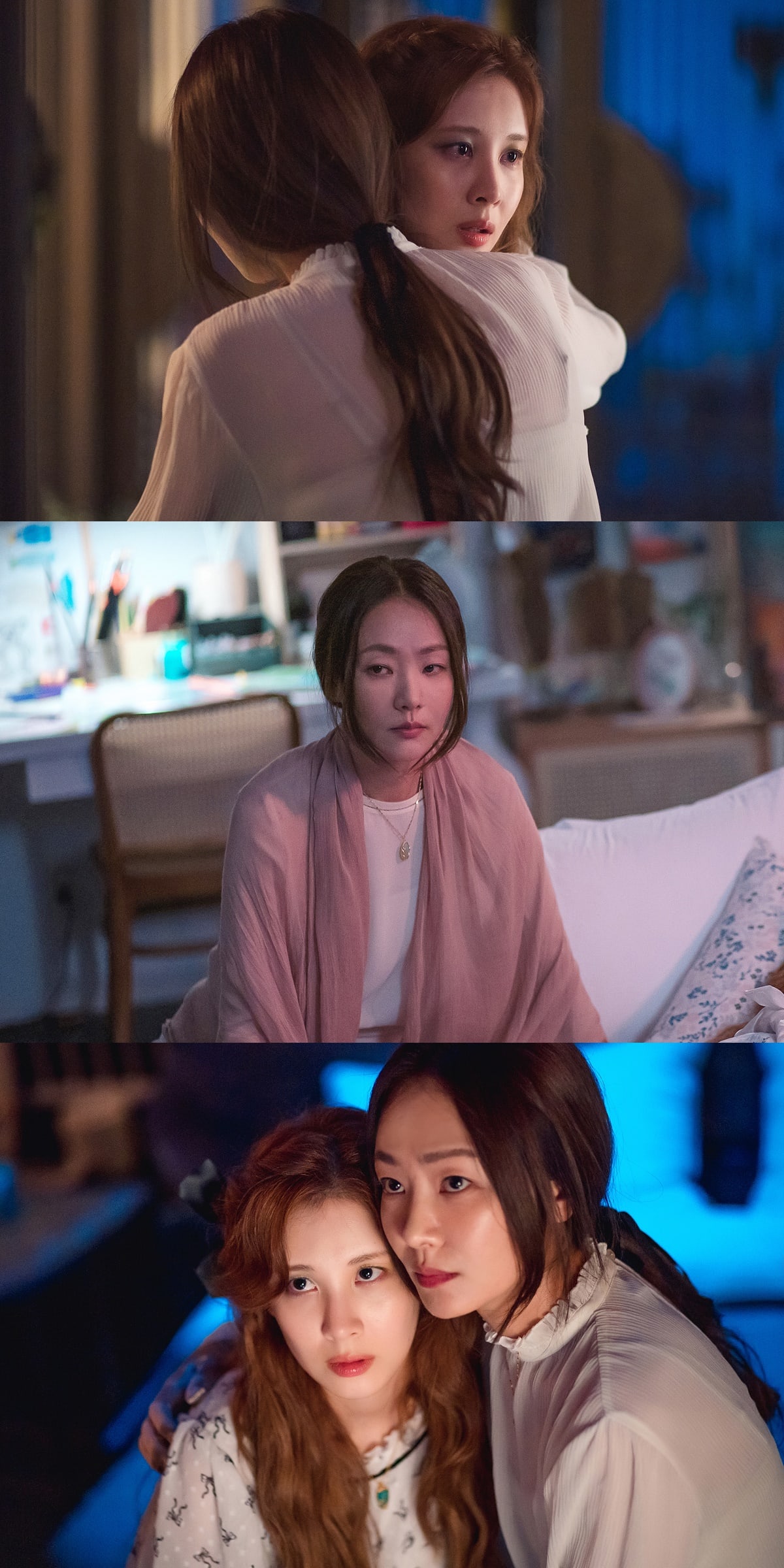 Expectations are high for Seohyun, who will turn into a “goddess of luck” and show her transformation into a bubbly character, and Yoon Ji Hye, who will depict warm motherhood with her unique softness. In the drama, the two characters, who share a similar fate, will come face-to-face with tense moments, which draws keen attention to their synergy.

While waiting, watch Yoon Ji Hye in “Come and Hug Me“:

Girls' Generation
Seohyun
Yoon Ji Hye
Jinxed at First
How does this article make you feel?