Based on the popular web novel of the same name, “Café Minamdang” is a comedy-mystery starring Seo In Guk as the fraudulent male shaman Nam Ha Joon who used to be a profiler. Oh Yeon Seo stars as the detective Han Jae Hee in the violent crimes unit who is passionate about justice.

Kwak Si Yang plays Gong Soo Chul, a barista at Minamdang. While he initially appears cold, Gong Soo Chul is a softie who speaks in dialect. He is fiercely loyal and will join hands with Nam Ha Joon to get justice.

The newly released stills depict the two very different sides of Gong Soo Chul. He carries out his work in a professional manner while wearing an outfit that is fit for office wok, and he shows a serious attitude as a barista while showing off his sophisticated charisma and deep eyes. 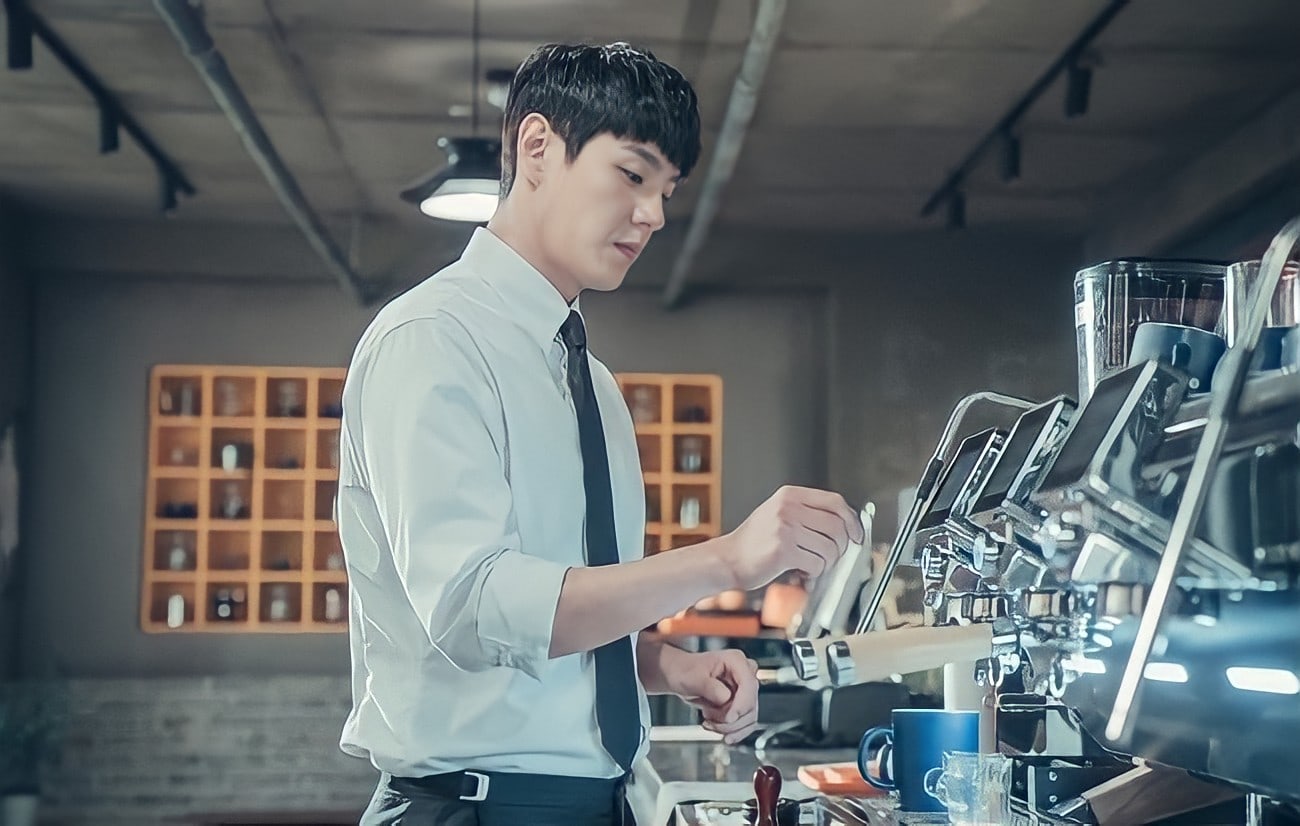 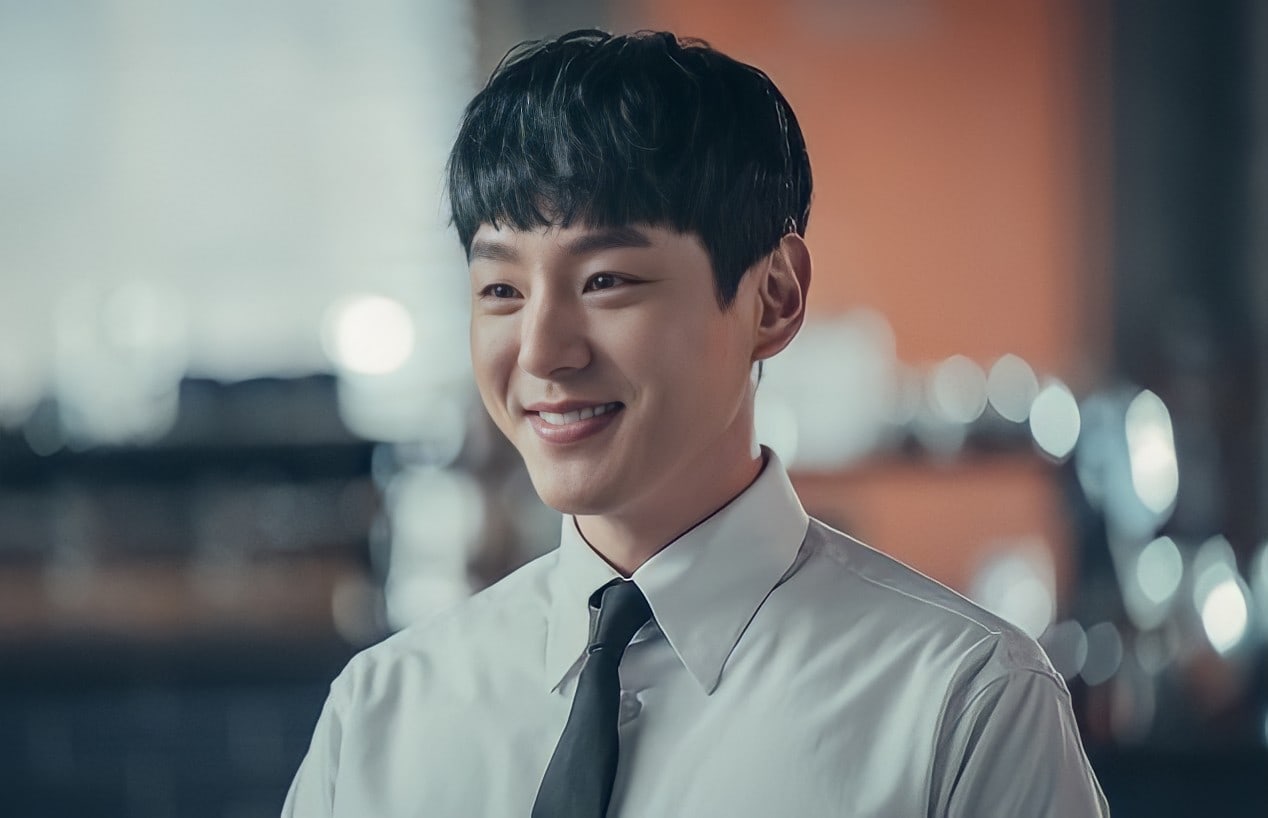 However, Gong Soo Chul exudes a completely different vibe with his pure and bright smile. He perfectly pulls off the adorable purple jacket and short bangs, and the way he poses with his hands under his chin makes the viewers let their guards down. 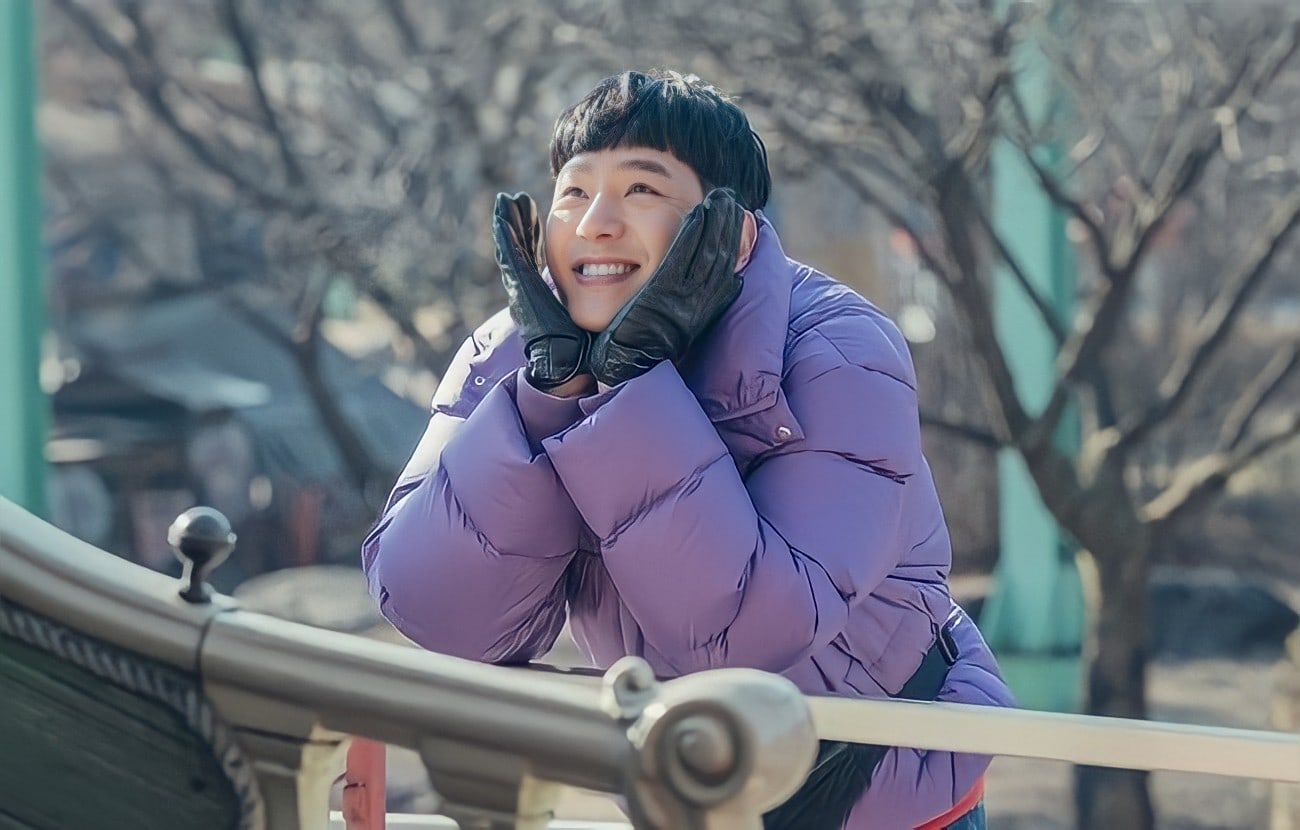 The producers of “Café Minamdang” praised Kwak Si Yang’s acting, remarking, “Kwak Si Yang makes people laugh with his sly and friendly side but makes people’s hearts thump with his hot loyalty.” They added that viewers can look forward to his dazzling acting and the synergy of the drama’s actors.

“Café Minamdang” is set to premiere in June.

In the meantime, check out Kwak Si Yang in “Lovers of the Red Sky“: