ASTRO’s Cha Eun Woo and Song Ji Hyo opened up about their past love lives on “Running Man”!

On the May 22 episode of the SBS variety show, ASTRO members Cha Eun Woo, Moonbin, and Sanha all appeared together as guests.

At one point during the episode, the cast members and guests played a game in which they had to answer “Yes” or “No” to certain questions. One of the questions was “Have you ever pathetically begged an ex to take you back after getting dumped?”

When asked for details, Cha Eun Woo recalled, “This was back in middle or high school. There was a time that I went to see [my ex] because I missed her.” He went on, “After I went to see her, I told her while crying, ‘Let’s see each other again.'”

Ji Suk Jin asked, “So what did she say?” and Cha Eun Woo revealed, “So we started seeing each other again.” 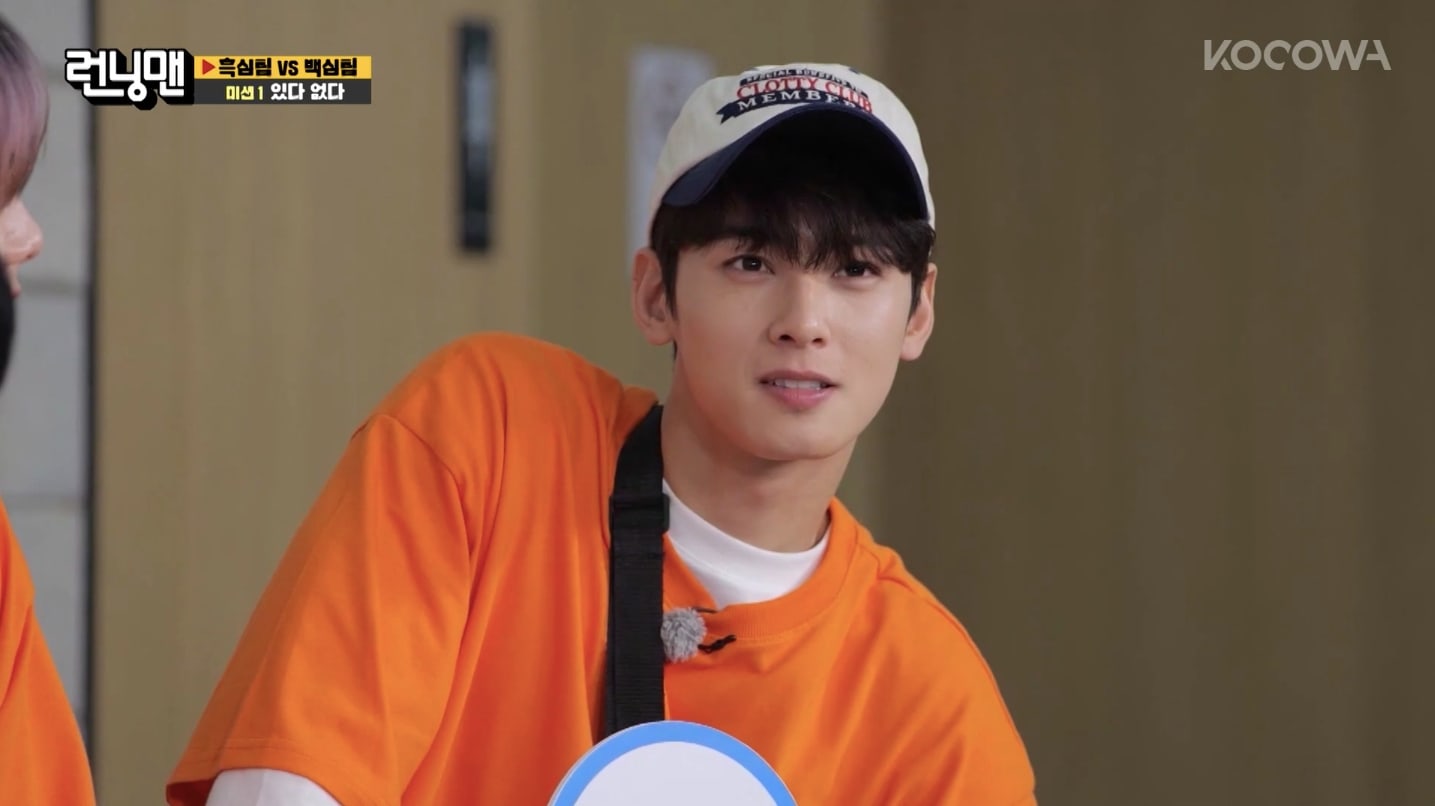 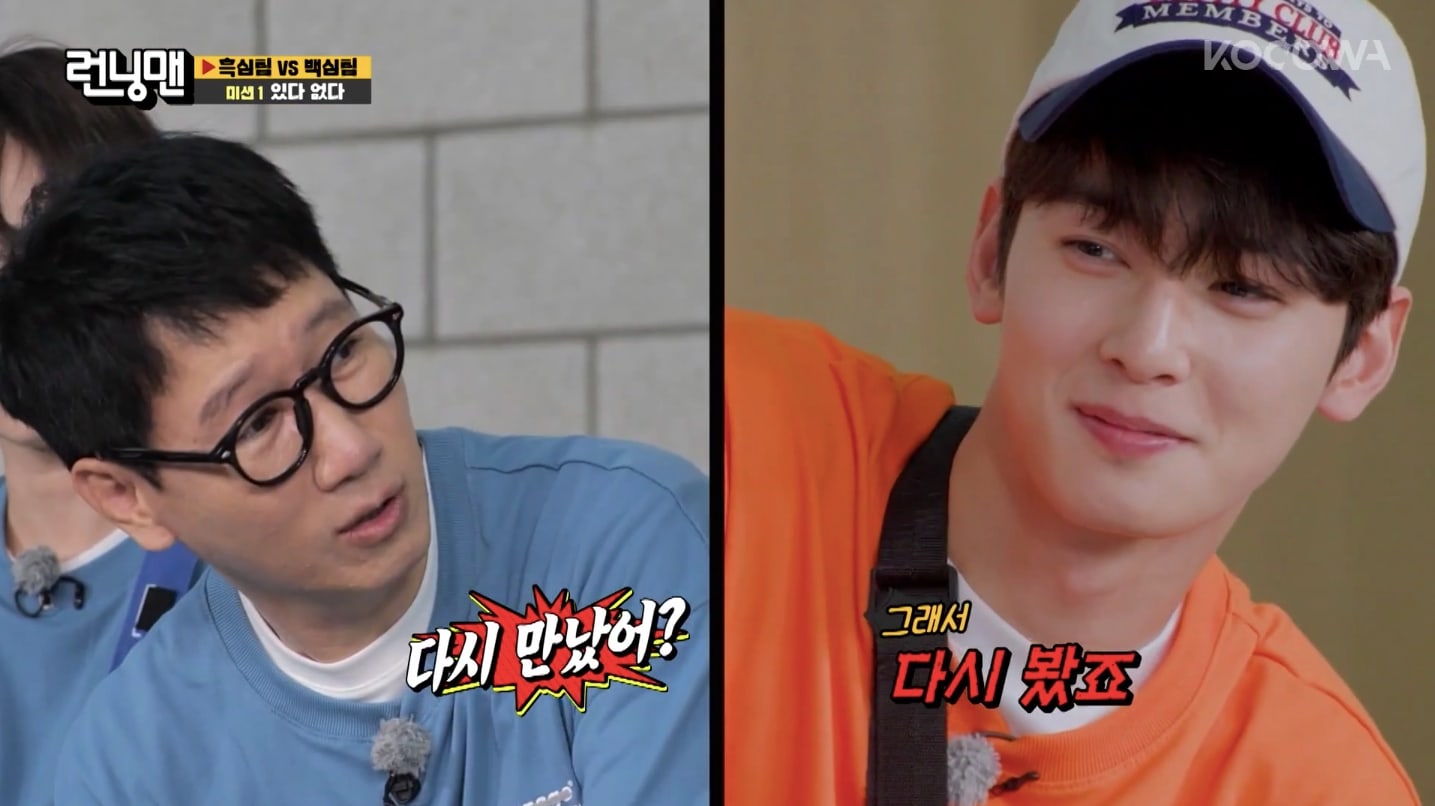 The “Running Man” cast also expressed surprise that Song Ji Hyo had answered “Yes” to the question, with Yoo Jae Suk commenting, “But Ji Hyo doesn’t seem like the type.”

“After I got to his apartment, I rang the doorbell, but no one came out,” she continued. “No one came out, so I kept rattling the doorknob and crying, ‘Open the door. I’m here, open the door. I came here because I missed you.’ But all of a sudden, the elevator doors opened, and my ex-boyfriend walked out. It turned out that I was in the wrong apartment building. He lived in the apartment building next door, and I went to the same apartment number in the wrong building.”

Song Ji Hyo went on to explain that she had contacted her ex to let him know she was coming to see him, and after waiting for a long time, he had started to wonder if she had accidentally gone to the apartment building next door.

“He looked like an angel to me when he walked out of the elevator,” she recalled. “We embraced each other on the spot and started seeing each other again after that.” 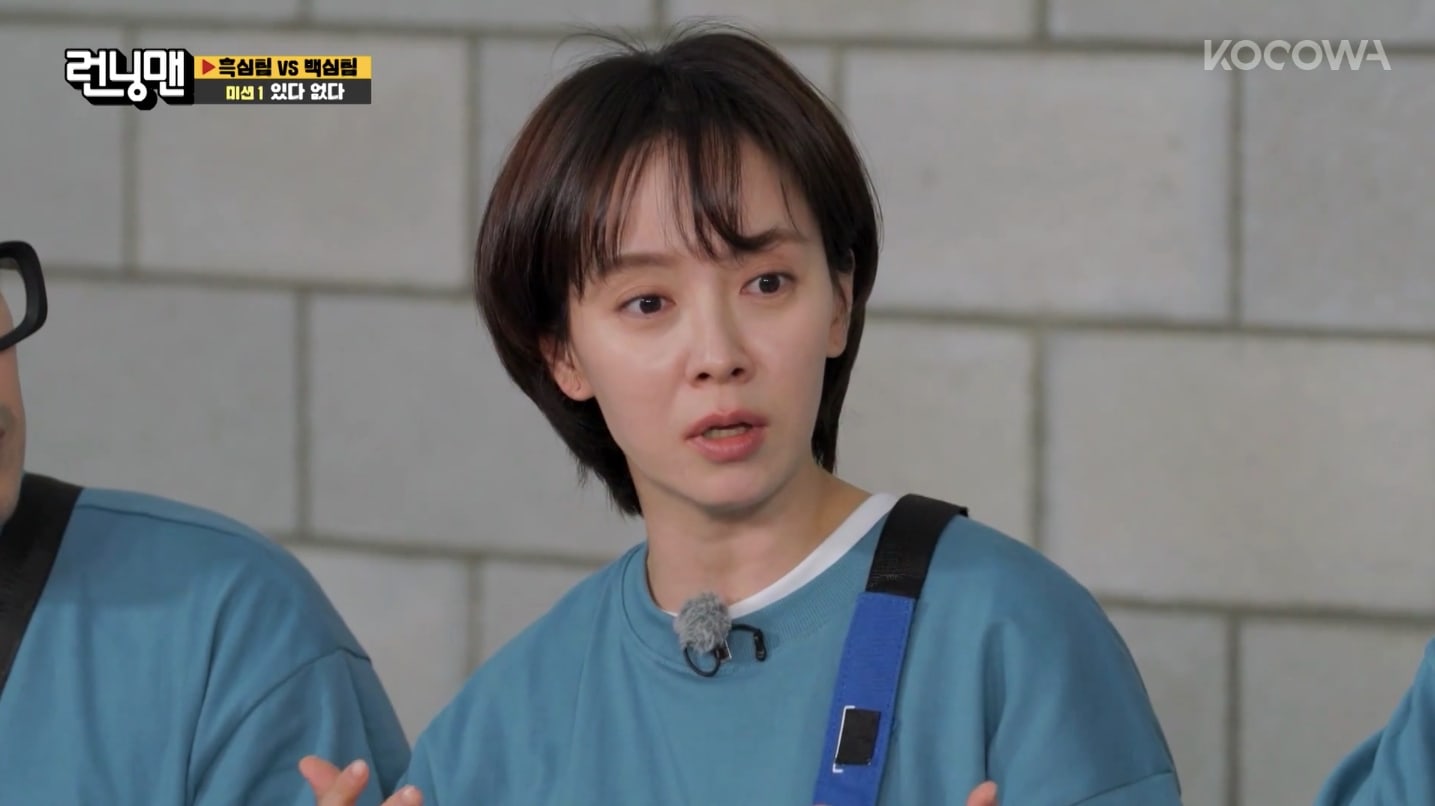 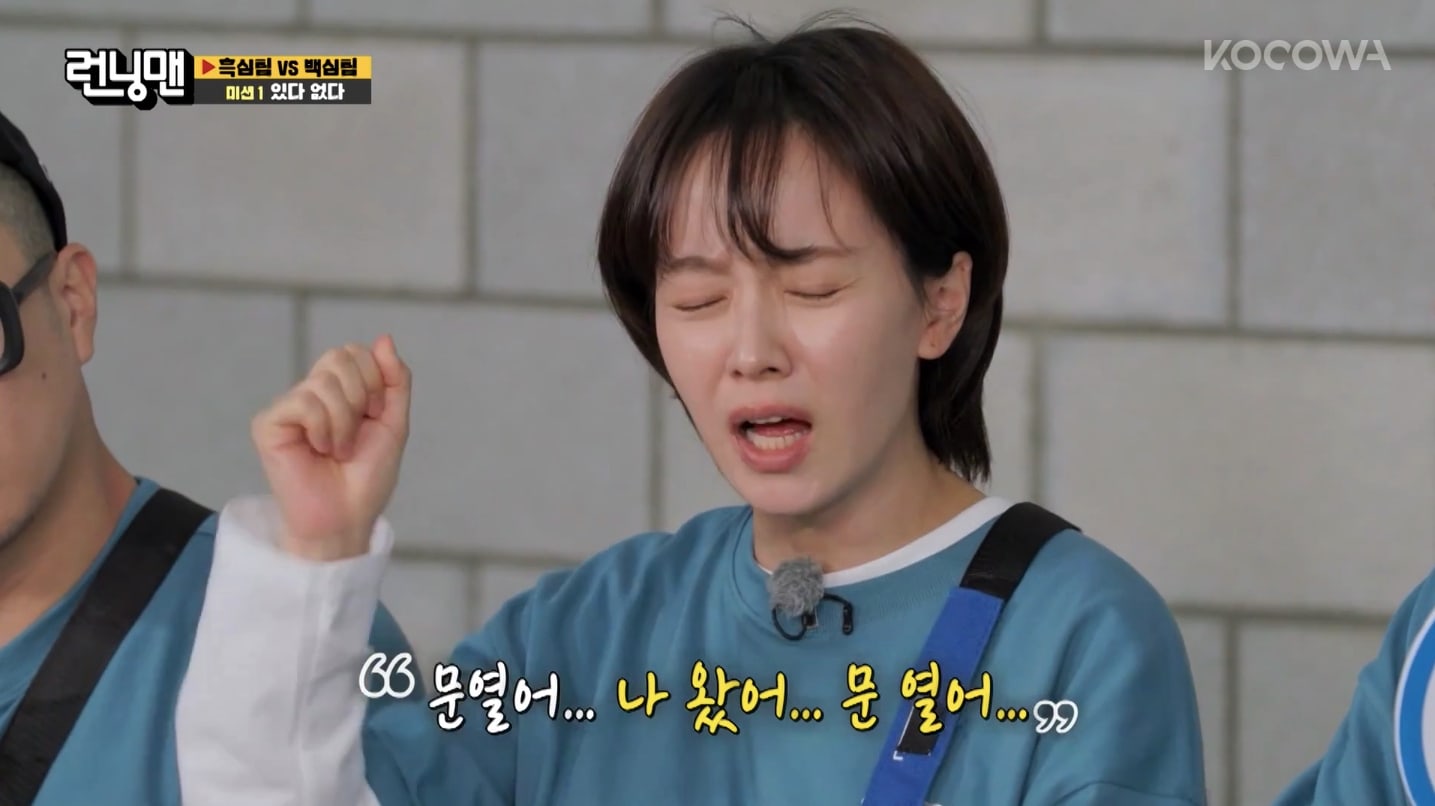 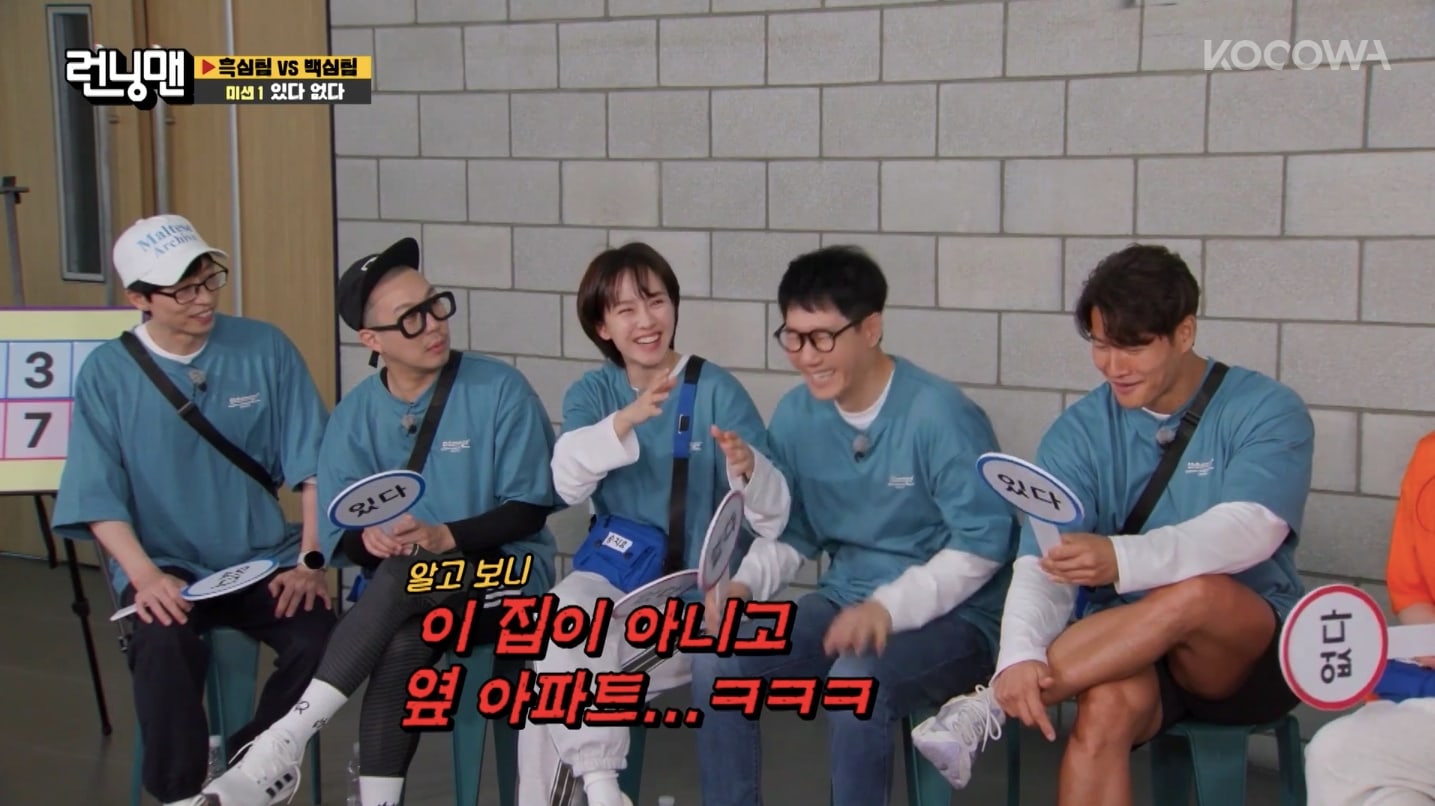 …and watch Cha Eun Woo in “True Beauty” below!