Namgoong Min has showed off a sweet gift from his former co-star AOA’s Seolhyun!

On May 25, Namgoong Min uploaded a photo on Instagram of him posing with a coffee truck sent by Seolhyun to the set of his upcoming drama “1000 Won Lawyer” (literal title)! The truck banner features a pretty picture of the two stars and Namgoong Min added as a caption to the post, “I’ll drink the delicious coffee well, Seolhyun.”

Seolhyun commented a series of clapping emojis and Namgoong Min responded to her, “I drank it well and I’m gaining strength~” 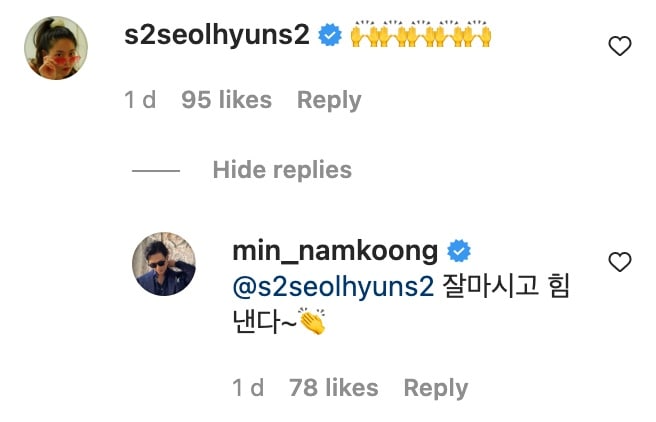 Namgoong Min is currently filming for SBS’s “1000 Won Lawyer” where he plays troublemaker lawyer Cheon Ji Hoon, who is extremely skilled but only charges 1000 won ($0.78) as his attorney’s fee. The refreshing law story follows Cheon Ji Hoon as he goes up against the rich who escape the law and lawyers with expensive fees.

Seolhyun recently starred in “The Killer’s Shopping List,” which ended on its highest viewership ratings earlier this month.