JTBC’s upcoming Wednesday-Thursday drama “Insider” is an action suspense drama about Kim Yo Han, a judicial trainee who experiences a crisis while undercover for an investigation of a corrupt prosecutor and ends up struggling to try to obtain a hand of cards that will change his fate. While in prison, he begins to plot revenge for the betrayal he has experienced.

When judicial trainee Kim Yo Han (Kang Ha Neul) gets involved in an undercover investigation, his life is turned upside down and he finds himself in a crisis. Although his life is now a complete train wreck, Kim Yo Han does not give up and tries his best to open a tightly-shut door to jump into a new world.

The poster depicts Kim Yo Han’s struggle to get face-to-face with the right “players.” At the top, the poster reads, “As long as I’m alive, this game is not over.” 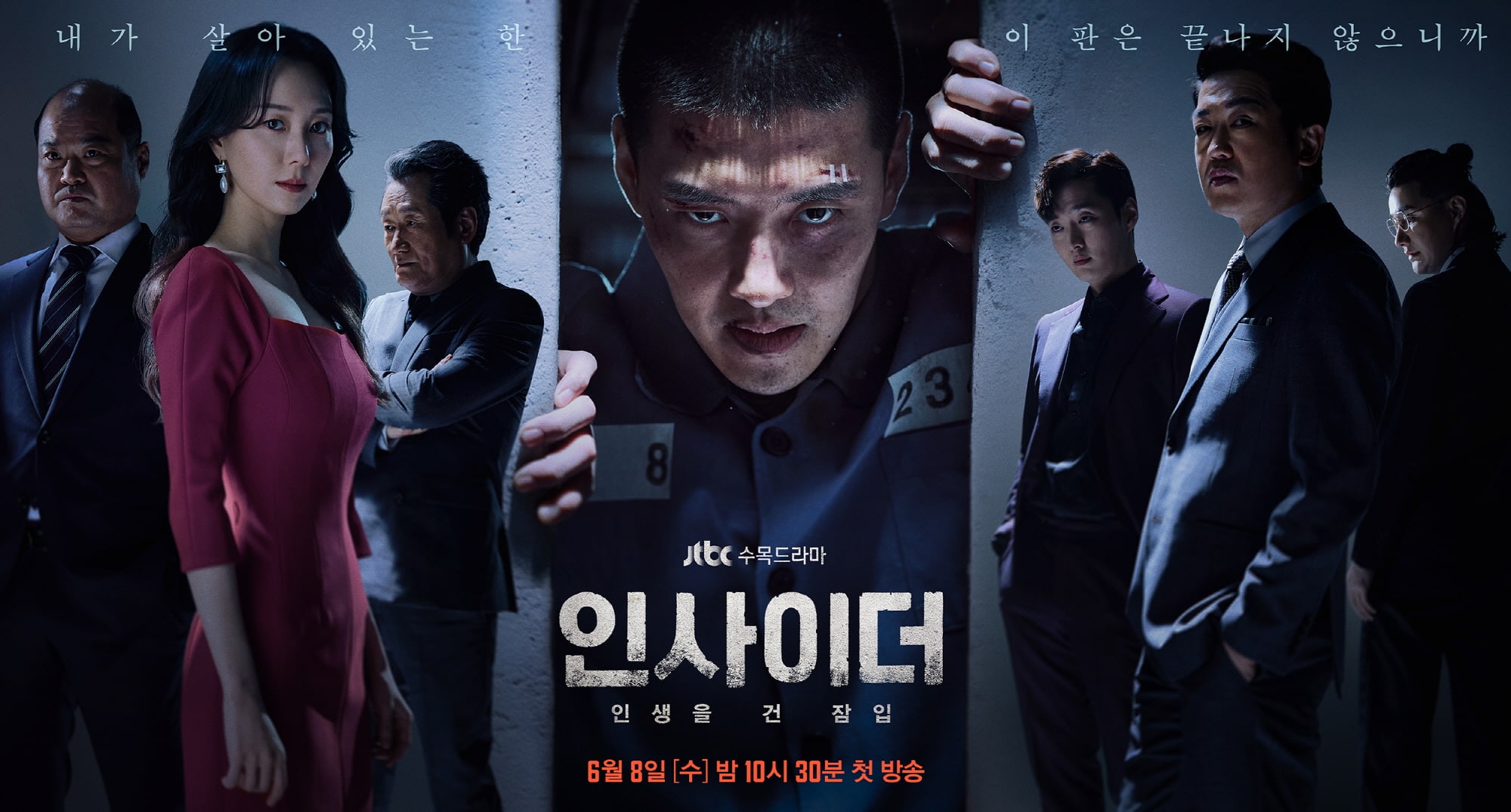 Lee Yoo Young plays Oh Soo Yeon, a dark businesswoman who teams up with Kim Yo Han as they become each other’s weapons. Opposite Oh Soo Yeon is the powerful villain Yoon Byung Wook, played by Heo Sung Tae.

Kim Sang Ho plays Mok Jin Hyung, a field inspector working against the cartel who makes Kim Yo Han the “insider.” Moon Sung Geun will play the role of Do Won Bong, who formerly ruled over the political world. Kang Young Seok portrays the young, ambitious, and genius player Jang Sun Oh, while Heo Dong Won plays Yang Joon, the mysterious president of the other end of the cartel. With all seven players having such different goals, stay tuned to find out who will come out victorious.

The producers shared, “The characters’ fights that are intertwined like a spider’s web will add suspense and maximize the pleasure of the genre. Beyond allies and enemies within this unbelievable network, the acting veterans’ fiery synergy will be the greatest key point [of the drama].”

In the meantime, watch Kang Ha Neul in the film “Midnight Runners“!