Gaon Chart has revealed its chart rankings for the week of May 15 to 21!

ASTRO achieved a double crown this week after topping both the physical album chart and the digital download chart with their latest album and its title track.

The group’s new album “Drive to the Starry Road” debuted at No. 1 on this week’s physical album chart, while ONEUS’s new mini album “TRICKSTER” entered the chart at No. 2.

Finally, Red Velvet’s 2019 repackaged album “The ReVe Festival: Finale” re-entered the chart at No. 5 this week. 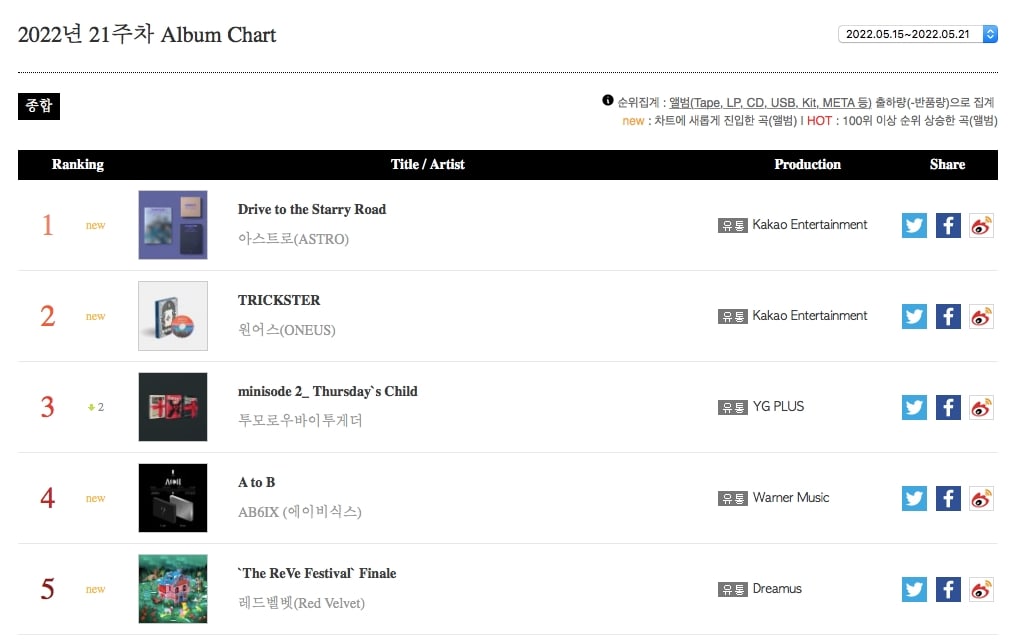 AB6IX’s new title track “SAVIOR” debuted at No. 3, with PSY and BTS’ Suga’s hit collab “That That” holding relatively steady at No. 4.

Finally, ONEUS’s new title track “Bring it on” entered the chart at No. 5. 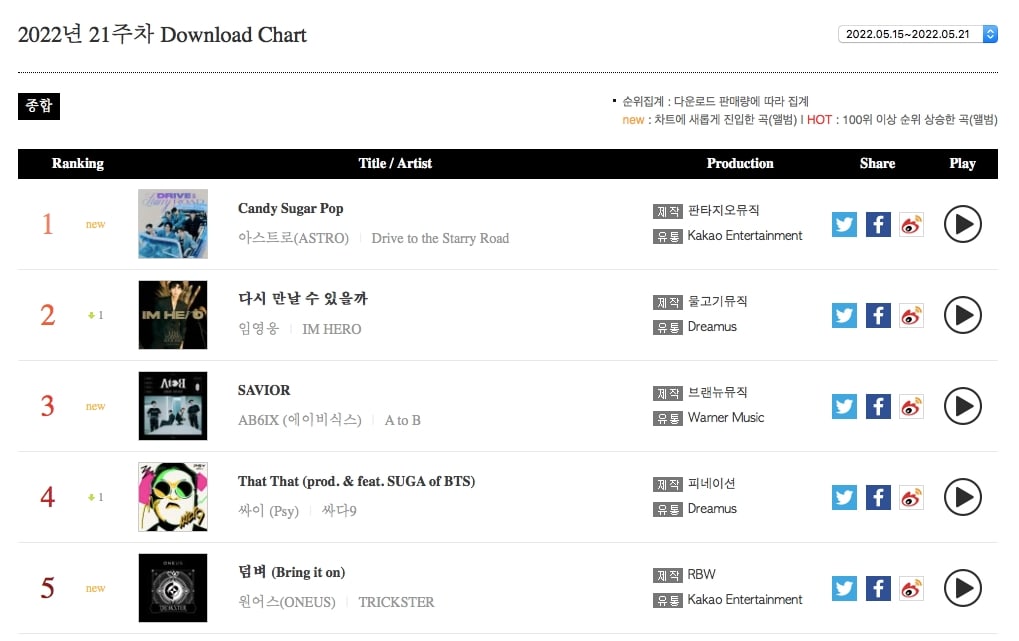 The top five songs on this week’s overall digital chart and streaming chart were exactly the same.

PSY and Suga maintained their double crown on this week’s charts, topping both the overall digital chart and the streaming chart with “That That” for the second consecutive week. 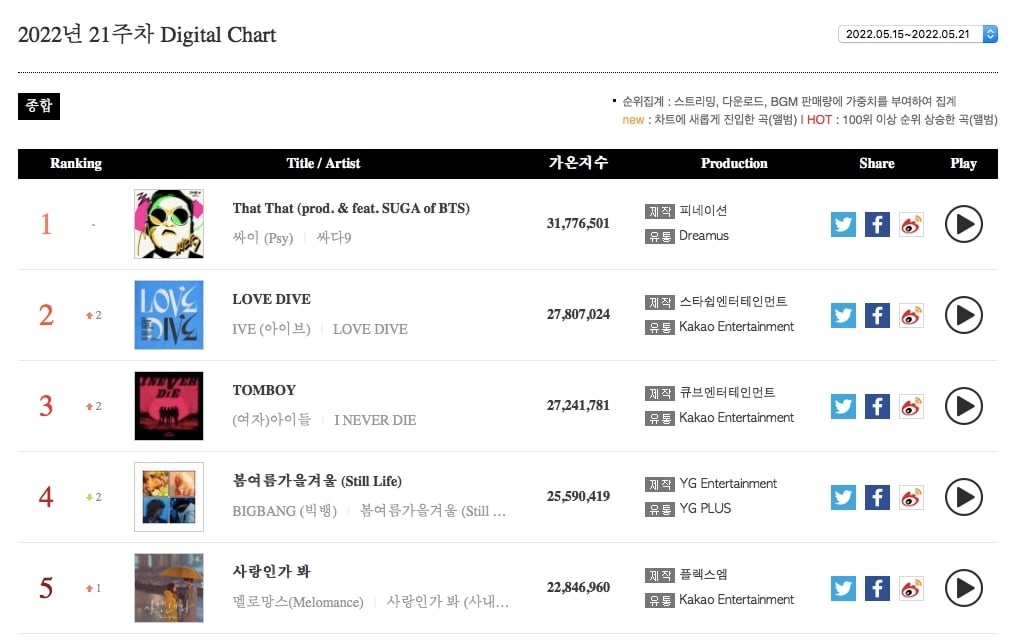 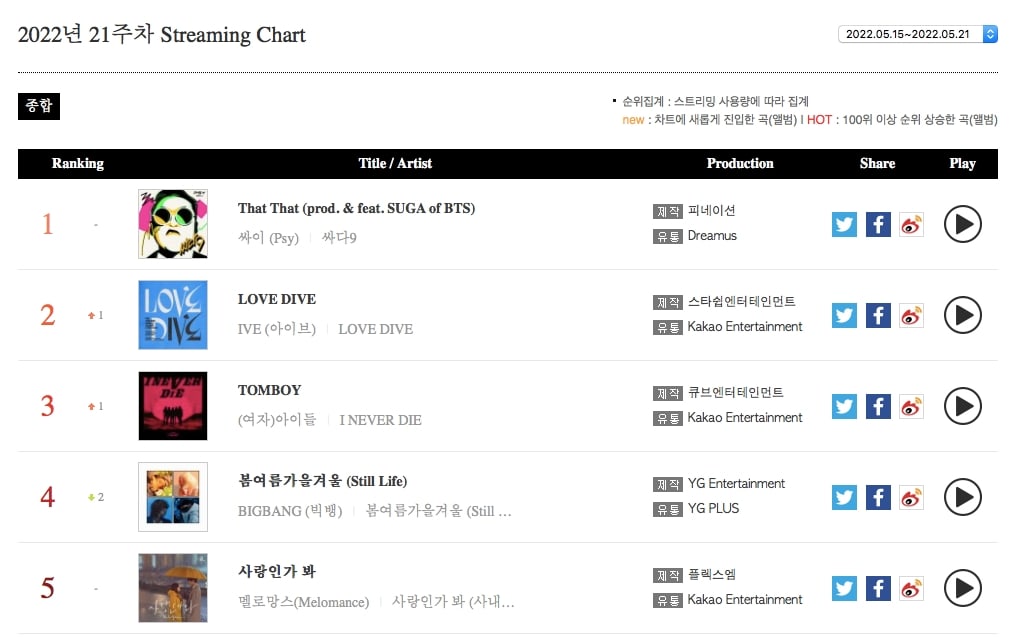 The top five artists on this week’s social chart remained exactly the same as last week: BTS continued their reign at No. 1, with BLACKPINK at No. 2, BLACKPINK’s Lisa at No. 3, Jessi at No. 4, and Lim Young Woong at No. 5. 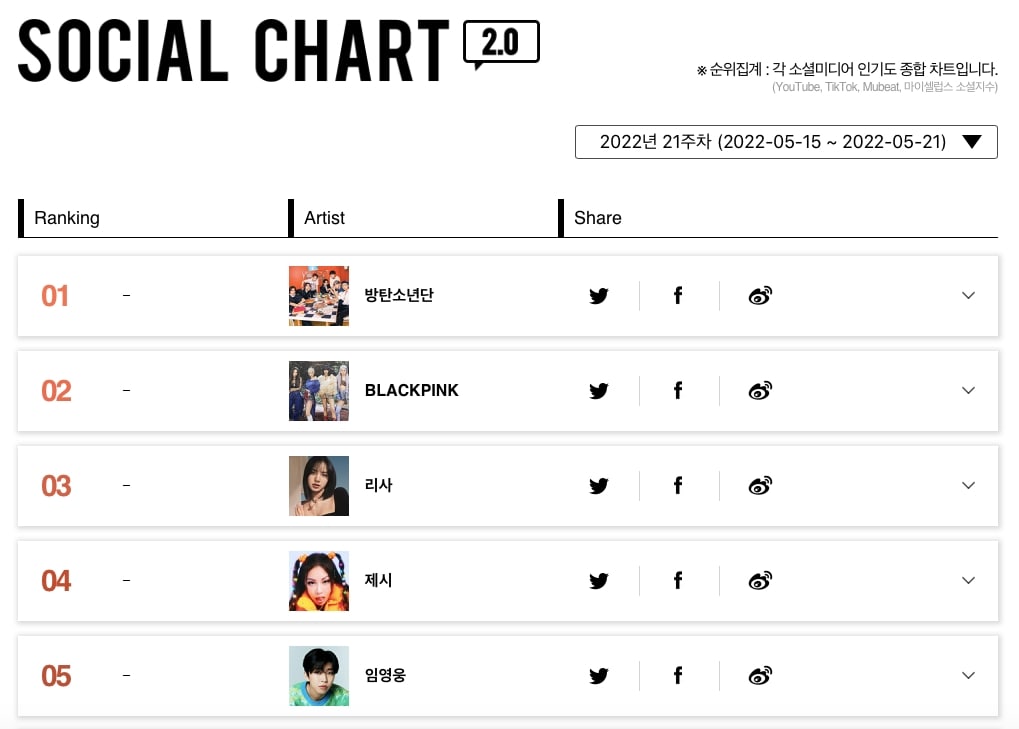