The drama will tell the story of Woo Young Woo (played by Park Eun Bin), a young lawyer with Asperger’s syndrome who joins a major law firm. Due to her high IQ of 164, impressive memory, and creative thought process, the brilliant Woo Young Woo graduates at the top of her class from the prestigious Seoul National University for both college and law school – but she still finds herself struggling when it comes to social interactions.

The newly released teaser poster features Park Eun Bin as Woo Young Woo. The actress has flawlessly transformed into the genius lawyer, and she depicts various expressions in the poster. She mainly looks curious as her eyes sparkle with wonder, and each photo of her is surrounded by her favorite things: whales and kimbap. Her happy smile is contagious, and the text on the poster reads, “No nonsense and honesty allowed.” These are the words that her father told her as she took her first step into society, and it’s also her first mission as a rookie lawyer who sees the world in a slightly different perspective. It will be exciting to find out more about Woo Young Woo and her growth as she jumps into the world. 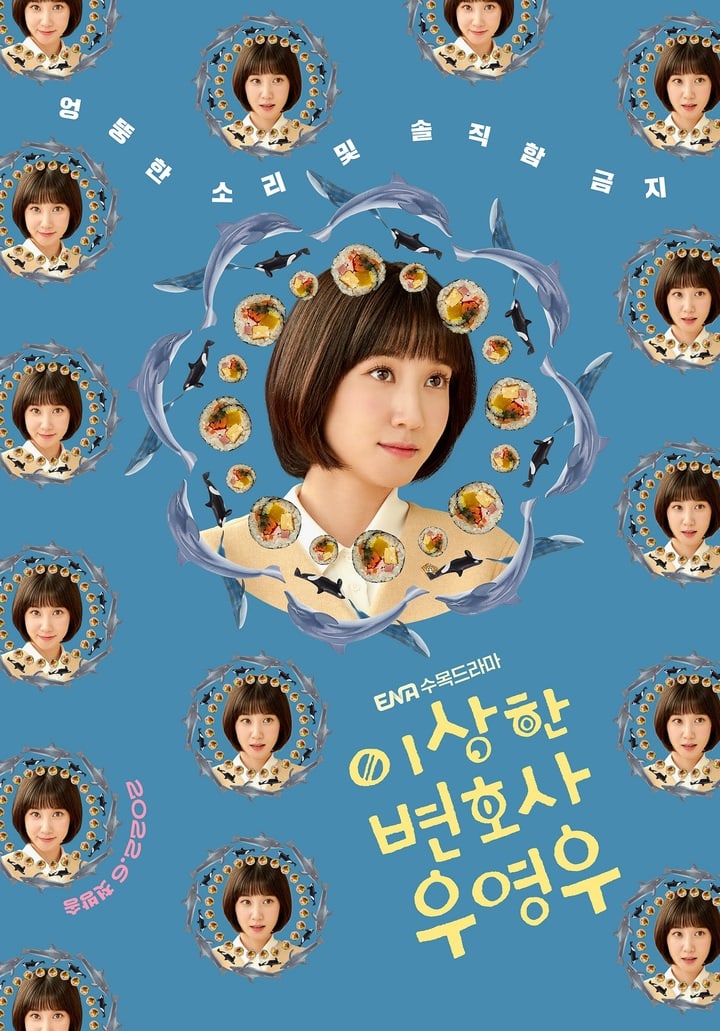 The drama’s production team hinted that Woo Young Woo’s unique way of thinking that is outside the box will make viewers think about the set rules of the world. They added, “You can look forward to Park Eun Bin’s passionate performance that will depict the honest, random, and eccentric Woo Young Woo and her survival and growth at a big law firm.”

“Extraordinary Attorney Woo” will air jointly on ENA and Netflix in June.

In the meantime, check out Park Eun Bin in “Do You Like Brahms?“: