The Korean remake of “Money Heist” has unveiled its main poster!

“Money Heist” is a Spanish crime drama (also known as “The House of Paper”/”La casa de papel”) about a group of people who undertake a heist on the Royal Mint of Spain, led by a criminal mastermind called the Professor.

The new poster shows the group of eight robbers gathered in the lobby of the Unified Korean Mint. While arranged on a grand staircase, the powerful squad look down upon their hostages. They stand firm with their weapons and large bags overflowing with unified currency sit at their feet. The caption says, “Our goal is the money that doesn’t exist in the world.”

Although the poster makes the eight robbers look unstoppable, the drama will capture whether their plans will be successful as they try to take control of this unified currency that isn’t yet out in the world. 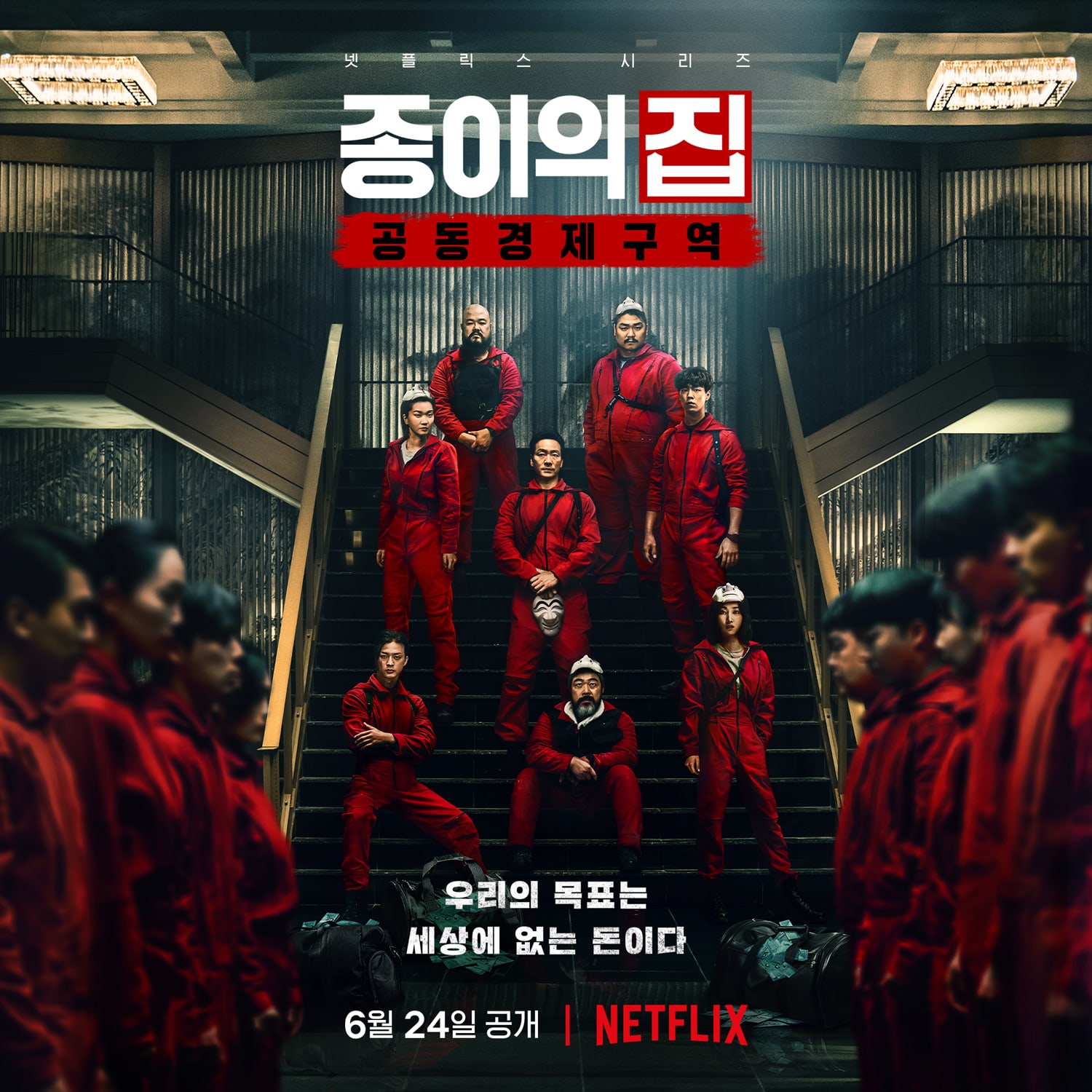 The producers also explained the eye-catching Hahoe masks and red jumpsuits that the robbers are wearing. Director Kim Hong Sun shared, “This is a representative mask that all the citizens of Korea know and the joke that the Hahoe mask has suited the project well.”

Art director Seo Sung Kyung, who created the white, modernized design for the originally wooden mask, added, “The mint has a dark tone and if you also consider the red suit, white seemed the most intense [in contrast].”

Jang Yoon Joo shared, “Hahoe masks capture a wide variety of facial expressions. Although they’re obviously smiling, they’re not just smiling. Within that, there’s also anger and mystery.” Park Hae Soo continued, “There’s also the meaning of freedom, or the criticism of the classes of power. Additionally, when a lot of people are wearing them [at once], I felt one big energy.”

Kim Ji Hoon commented, “The impact of the red clothes was really strong. When I first tried on the clothes, I thought, ‘For starters, the outfit is a success and cool enough.'” Lee Hyun Woo added, “When we all get together, even if I’m not doing anything, I really get the feeling that our aura is incredibly great.”

The series will premiere on Netflix on June 24.

While you wait, watch Lee Hyun Woo in “The Liar and His Lover” here!