Kim Go Eun and her cells will be going through a rough period in “Yumi’s Cells 2”!

Based on the popular webtoon of the same name, “Yumi’s Cells” tells the story of an ordinary office worker named Yumi – from the point of view of the many brain cells in her head controlling her every thought, feeling, and action. Kim Go Eun plays the titular role of Yumi, an ordinary woman who struggles with expressing her feelings. The first season of “Yumi’s Cells,” which became the first K-drama ever to combine live action and 3D animation, aired in autumn 2021 and received a lot of love from viewers.

In the first season, Yumi experienced a heartbreaking breakup with Goo Woong (Ahn Bo Hyun). The newly released stills of solo Yumi from the second season depicts her going through a roller coaster of emotions as she experience the effects of a painful split.

In one photo, Yumi is unable to sleep, and she endlessly looks at her phone in deep thought. Even though she seems fine, the empty look in her eyes hint otherwise. However, Yumi and her cells won’t collapse like this. The following photos capture her struggles to escape the aftermath of the breakup. Viewers can greatly empathize with the way she tries to move on from her past relationship by doing daily things like shopping and drinking beer. As Yumi heralded a more mature appearance, it stimulates expectations on how she will accept her split with Goo Woong. 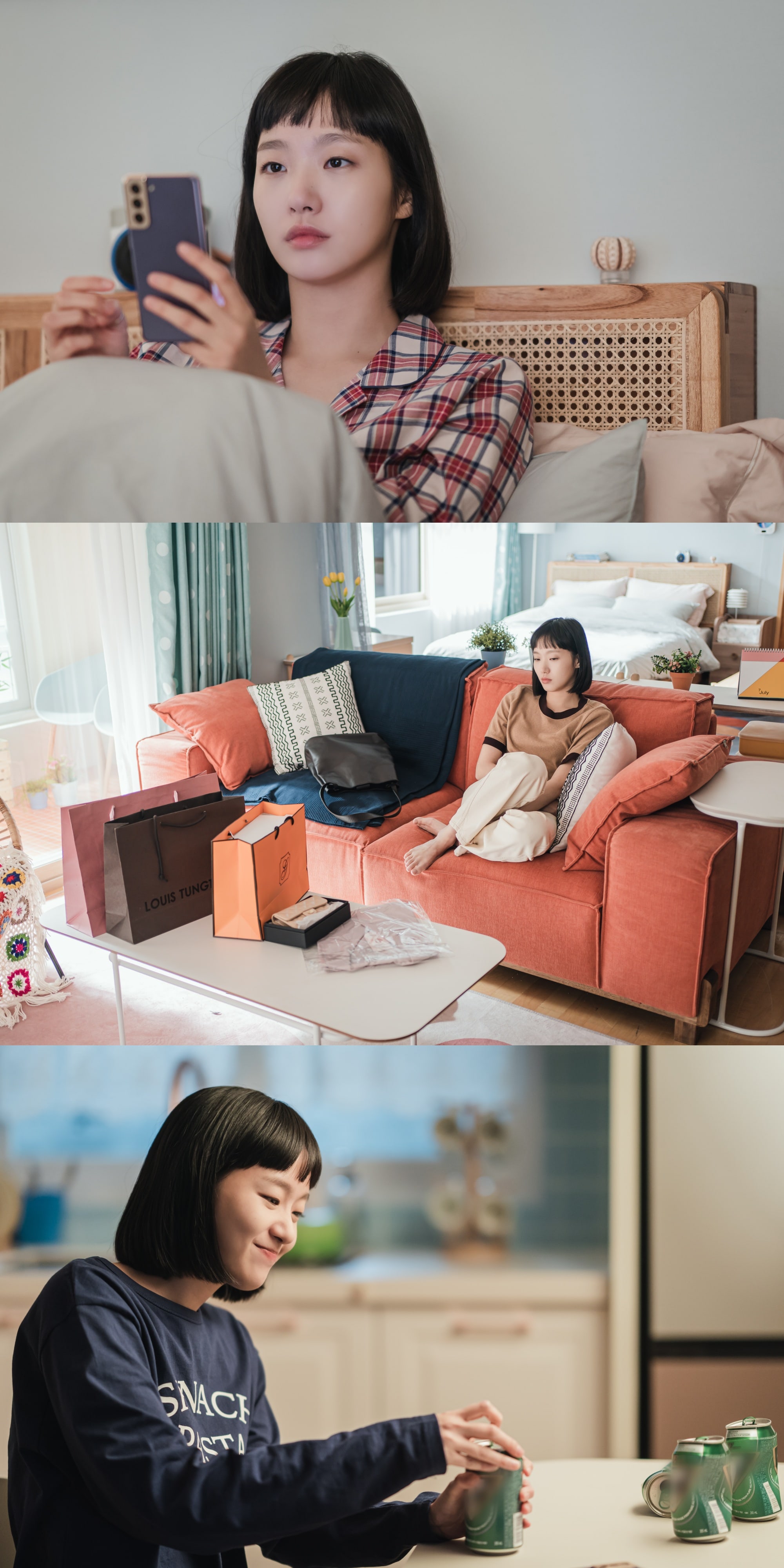 The drama’s production team commented, “Kim Go Eun always portrays every moment of Yumi’s joys and sorrows in new ways. The cells that are working hard for Yumi will make [viewers] laugh and touch their hearts at the same time.”

Kim Go Eun
Yumi's Cells 2
How does this article make you feel?