Based on a popular webtoon, “D.P.” (stands for Deserter Pursuit) is a Netflix series about a special military squad sent to chase down deserters. Jung Hae In stars as An Jun Ho, a new recruit who is scouted for the D.P. squad before he has adapted to military life, and Goo Kyo Hwan co-stars as Han Ho Yeol, the team leader of the D.P. squad.

Last year, “D.P.” was confirmed for a second season. On May 31, “D.P.” shared a sneak peek at the script reading for the drama. In addition to director Han Joon Hee from the first season, Season 2 will boast the return of the main leads including Jung Hae In, Goo Kyo Hwan, Kim Sung Kyun as Sergeant Park Beom Gu, and Son Suk Ku as Lieutenant Im Ji Seob.

The cast will once again portray great chemistry along with the addition of new cast members Ji Jin Hee and Kim Ji Hyun. Ji Jin Hee will play Goo Ja Woon, the chief legal officer of the army headquarters. The actor previously impressed with his roles in “Move to Heaven,” “Designated Survivor: 60 Days,” “Misty,” and more. Kim Ji Hyun, who is also a musical actress, previously captivated viewers in “Thirty-Nine,” “Artificial City,” and “Backstreet Rookie.” She will be playing Lieutenant Colonel Seo Eun, the operations officer of the Ministry of National Defense Prosecutor’s Office. 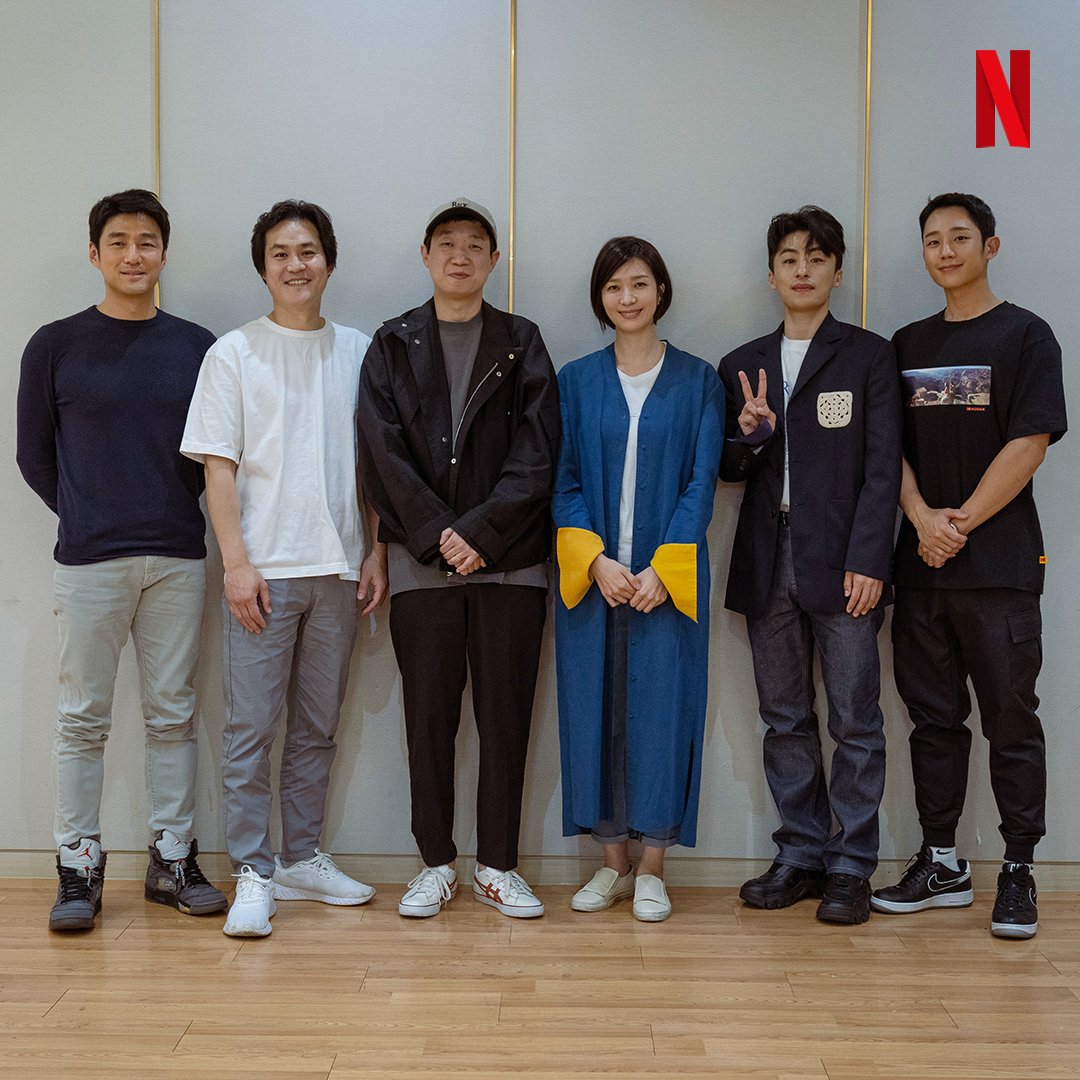 On the upcoming season, Jung Hae In shared, “I’m so happy to be able to [film] ‘D.P.’ Season 2 together, and I’m excited and looking forward to the thought of meeting great people again on set. Please look forward to seeing Private An Jun Ho.” Goo Kyo Hwan remarked, “I’ve been waiting. It’s nice to see [the cast] again. I look forward to [working with everyone].”

Kim Sung Kyun shared, “I’m so excited and thrilled that the good memories and the love we received from viewers can continue on as Season 2. I’ll work with an unchanging heart.” Finally, Son Suk Ku commented, “I’m just grateful. Since it’s a project that I began through the close friendship I’ve built with the director, the days of filming were always enjoyable without any burden. I want to see all the actors and staff soon on set.”

Ji Jin Hee revealed, “The character of Ja Woon is one that I haven’t attempted until now, so he feels unfamiliar, but I’m also highly anticipating how I will go on to shape him. I’ll prepare well so that I can create an awesome picture with the other characters.” Kim Ji Hyun shared, “I’m really happy to be able to work together on a great project. I’ll happily work to think over how I can contribute support [to the drama].”

Stay tuned for more updates on the second season!

Also catch Goo Kyo Hwan in “Escape from Mogadishu” below: