Previously on “Our Blues,” viewers were treated to brief glimpses of the complicated relationship between the estranged mother-son duo Kang Ok Dong (Kim Hye Ja) and Lee Dong Suk (Lee Byung Hun). Lee Dong Suk treated his mother coldly and seemed to harbor a deep-seated resentment of her, while Kang Ok Dong didn’t seem to be making any efforts to close the divide between them.

In Episode 18 to 20 of the drama, the story of Lee Dong Suk and Kang Ok Dong will finally unfold in earnest, and viewers will finally get some answers about the two characters’ tense relationship. When will Lee Dong Suk learn that his mother is battling late-stage cancer? And will he finally be able to let go of his longstanding animosity towards her?

In the newly released posters, Lee Dong Suk has a sorrowful glint in his eye as he watches his mother gaze sadly out at the sea that has taken both her husband and her daughter from her. However, when it is Kang Ok Dong’s turn to look at her son, he has turned her back on her. 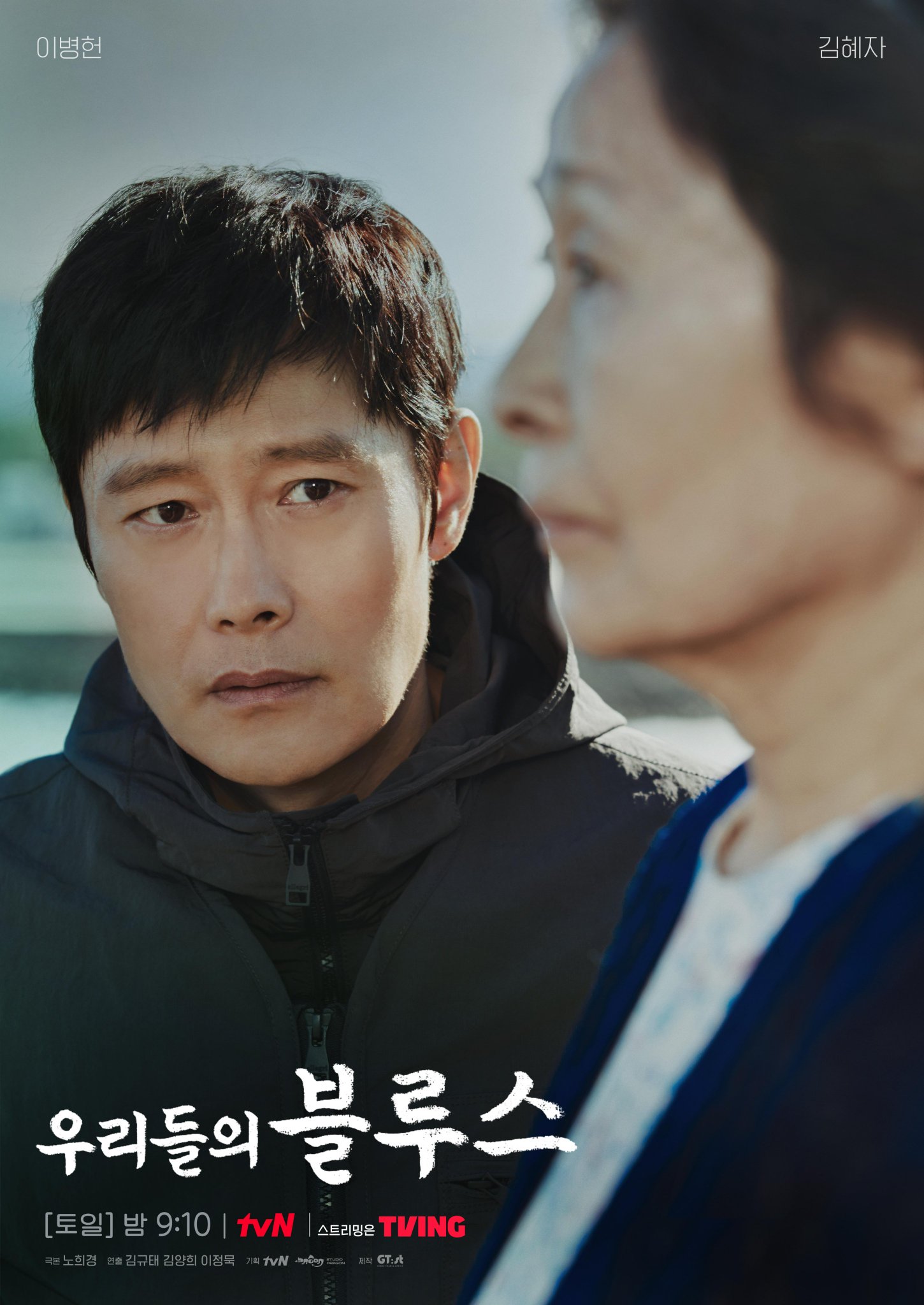 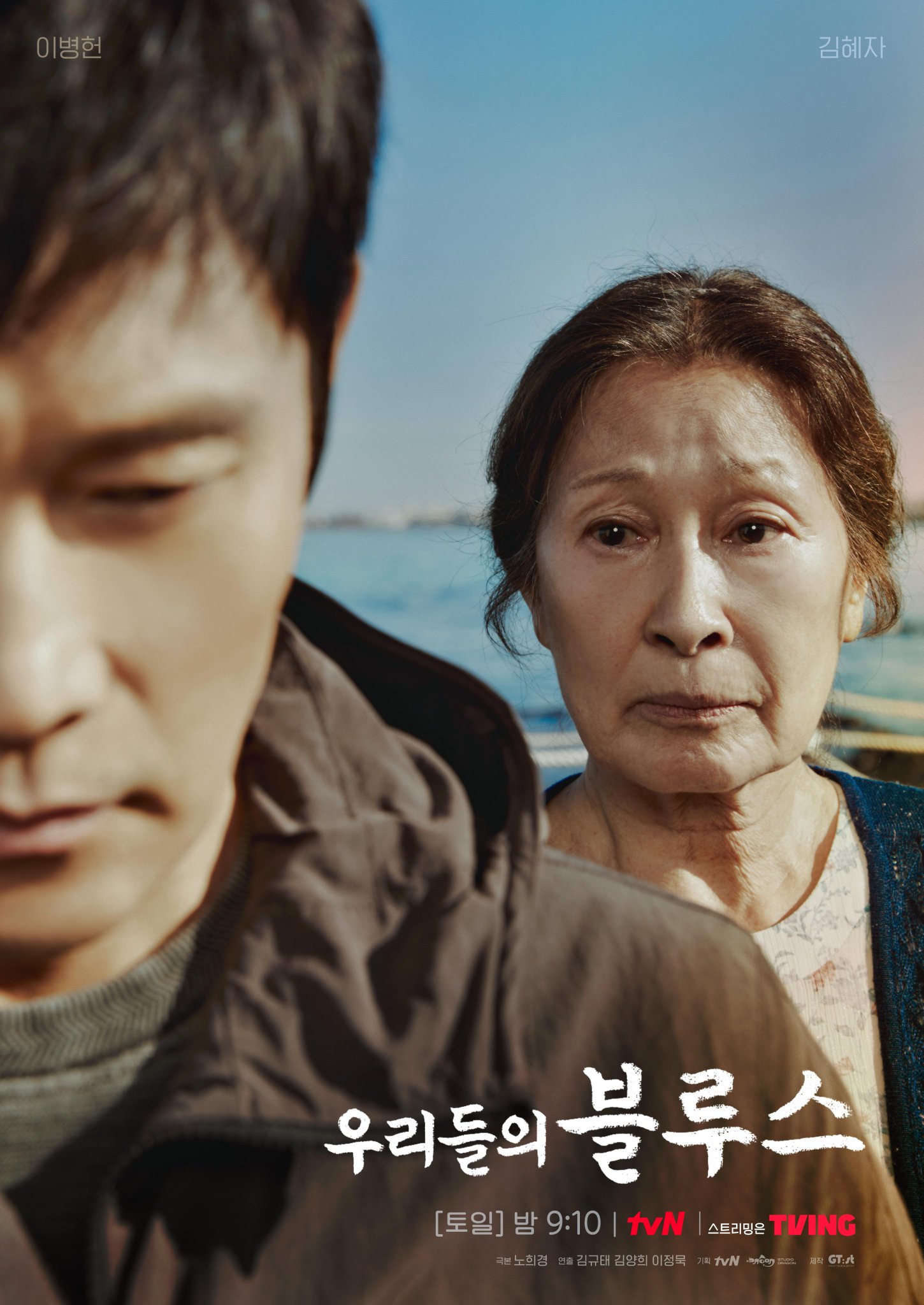 The next episode of “Our Blues” will air on June 4 at 9:10 p.m. KST, and the first chapter of Ok Dong and Dong Suk’s story will air the following night, on June 5.

In the meantime, watch Kim Hye Ja and Han Ji Min in “Radiant” with subtitles below!

Kim Hye Ja
Lee Byung Hun
Our Blues
How does this article make you feel?