The premiere of tvN’s new Wednesday-Thursday drama “Eve” is just hours away!

“Eve” is a new romance-revenge drama about a chaebol‘s 2 trillion won (approximately $1.7 billion) divorce lawsuit that shocks the entire nation. Unbeknownst to the public, the lawsuit is the result of a carefully calculated revenge scheme 13 years in the making.

Here are three key points that will amp up your anticipation for the intriguing story!

The drama boasts of a star-studded cast, which includes Seo Ye Ji, Park Byung Eun, Lee Sang Yeob, and Yoo Sun. With their solid acting skills and irreplaceable charms, they will create explosive synergy that will draw the viewers into the thickening plot.

Seo Ye Ji will star as Lee Ra El, the dangerously alluring woman at the center of the divorce lawsuit, while Park Byung Eun will star as Kang Yoon Kyum, the CEO of LY Group. After experiencing the shocking death of her father at a young age, Lee Ra El has grown up into a femme fatale who is determined to take down Kang Yoon Kyum, one of the main culprits responsible for destroying her family.

Lee Sang Yeob will star as Seo Eun Pyung, the youngest member of the National Assembly and a rising political star who is ready to throw everything away for love. Yoo Sun will play the role of Kang Yoon Gyum’s seemingly perfect wife Han So Ra, who is secretly emotionally anxious and obsessed with her husband.

Not only can the viewers look forward to the lead actors’ synergy, but they can also anticipate the explosive teamwork of the versatile supportive actors including Jeon Gook Hwan, Jung Hae Kyun, Lee Il Hwa, So Hee Jung, and Lee Ha Yul. 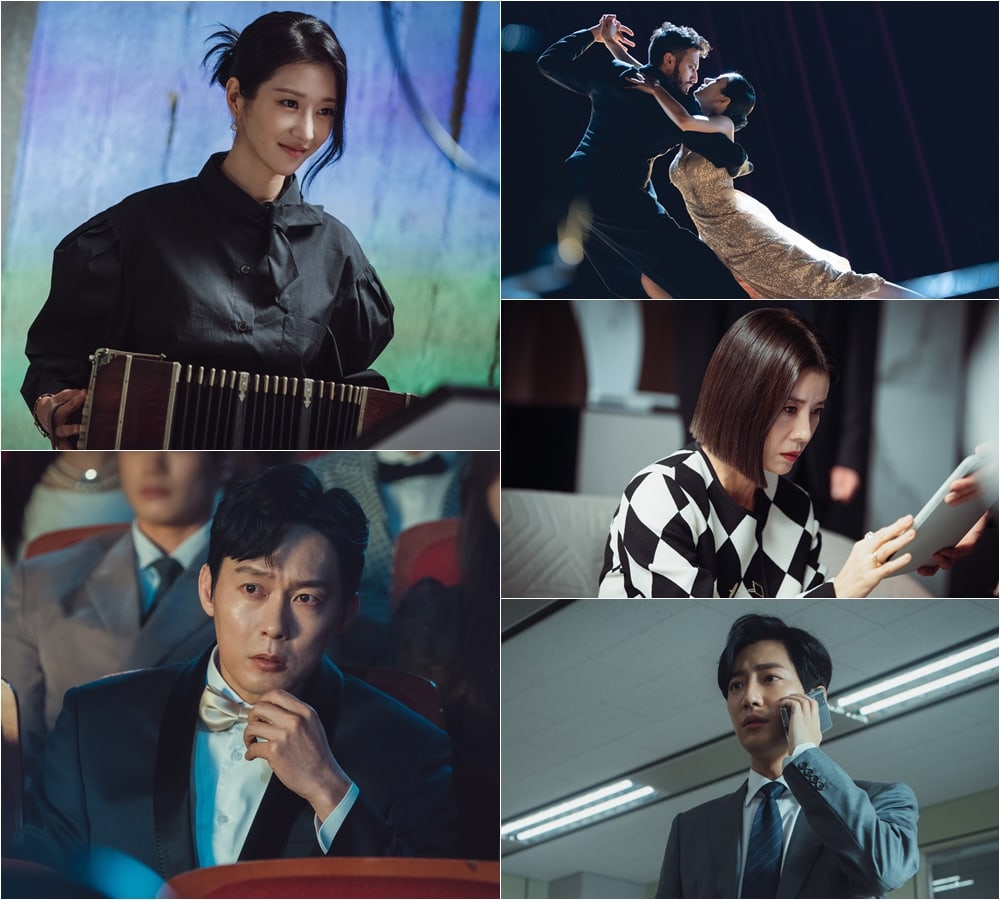 2. A meticulous plan of revenge filled with twists

“Eve” centers around the theme of revenge: one that is like an intricate web of twists and turns. Lee Ra El spends her whole life plotting a meticulous way to pay back the ones who destroyed her family. She even sets up a fake mother-daughter relationship with Jang Moon Hee (Lee Il Hwa) and has another name “Kim Seon Bin,” leading viewers to wonder how well-crafted her plan is.

“Eve” is already keeping viewers on the edge of their seats, and as the secrets hidden in the revenge are unveiled one by one, the plot twists will provide breathtaking tension and overwhelming immersion.

“Eve” will mesmerize viewers with its unconventional cinematography. The story will be visually intense as it depicts the process of Lee Ra El approaching Kang Yoon Kyum, making him fall for her fatal temptation, and then wrecking his life. The fluctuating emotions of the characters who are tangled together with revenge, desire, and love will be portrayed with delicate and sensuous production that will make the viewers become more absorbed.

Director Park Bong Sub commented, “‘Eve’ is a drama with a hero narrative structure of good and bad punishment in which a woman whose entire life has collapsed disastrously in front of enormous power pays them back in a way that is more painful than death. The intense and deadly revenge will unfold spectacularly, which will provide viewers with entertainment and catharsis. Please look forward to it.”