ITZY is booked and busy for the second half of 2022!

On June 2 at midnight KST, ITZY officially announced their plans for a July comeback—followed by their first-ever world tour.

ITZY will be returning with their new mini album “CHECKMATE” on July 15 at 1 p.m. KST, and they will be starring in their own Mnet comeback special that same day at 7 p.m. KST.

The following month, ITZY will kick off their first world tour—also entitled “CHECKMATE”—with two nights of concerts in Seoul on August 6 and 7.

However, fans outside the United States need not be discouraged: according to JYP Entertainment, more tour dates will be revealed at a later time.

Check out ITZY’s new schedule for both their upcoming comeback and world tour below! 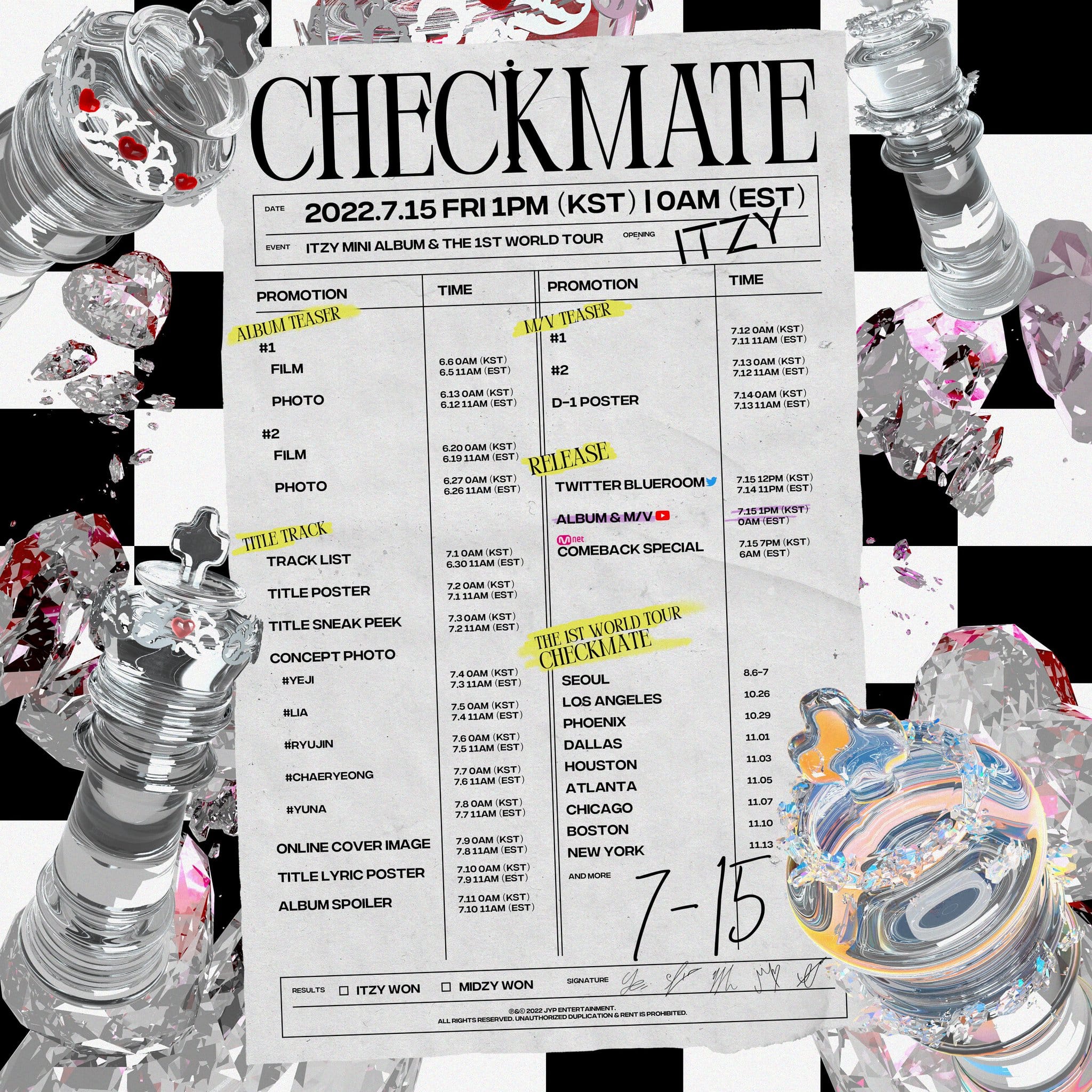