tvN’s “Eve” is a new romance-revenge drama about a chaebol’s 2 trillion won (approximately $1.7 billion) divorce lawsuit that shocks the entire nation. Unbeknownst to the public, the lawsuit is the result of a carefully calculated revenge scheme 13 years in the making.

Seo Ye Ji plays Lee Ra El, the dangerously alluring woman at the center of the divorce lawsuit, while Park Byung Eun stars as Kang Yoon Kyum, the CEO of LY Group. After experiencing the shocking death of her father at a young age, Lee Ra El has grown up into a femme fatale who is determined to take down Kang Yoon Kyum, one of the main culprits responsible for destroying her family.

In the premiere episode of “Eve,” Lee Ra El began to intentionally approach Kang Yoon Kyum for the sake of her revenge. Before a party, Kang Yoon Kyum also witnessed Lee Ra El sharing an intimate moment with her husband.

The newly released stills capture Lee Ra El and Kang Yoon Kyum holding hands while close enough together to hear each other’s heartbeat. Lee Ra El boldly approaches Kang Yoon Kyum with her eyes closed, making the atmosphere more tense. Kang Yoon Kyum’s gaze wavers as he becomes allured by Lee Ra El, his fluctuating emotions clearly evident on his face. Viewers are curious to learn more about Lee Ra El’s revenge and how the two will end up dancing the tango together. 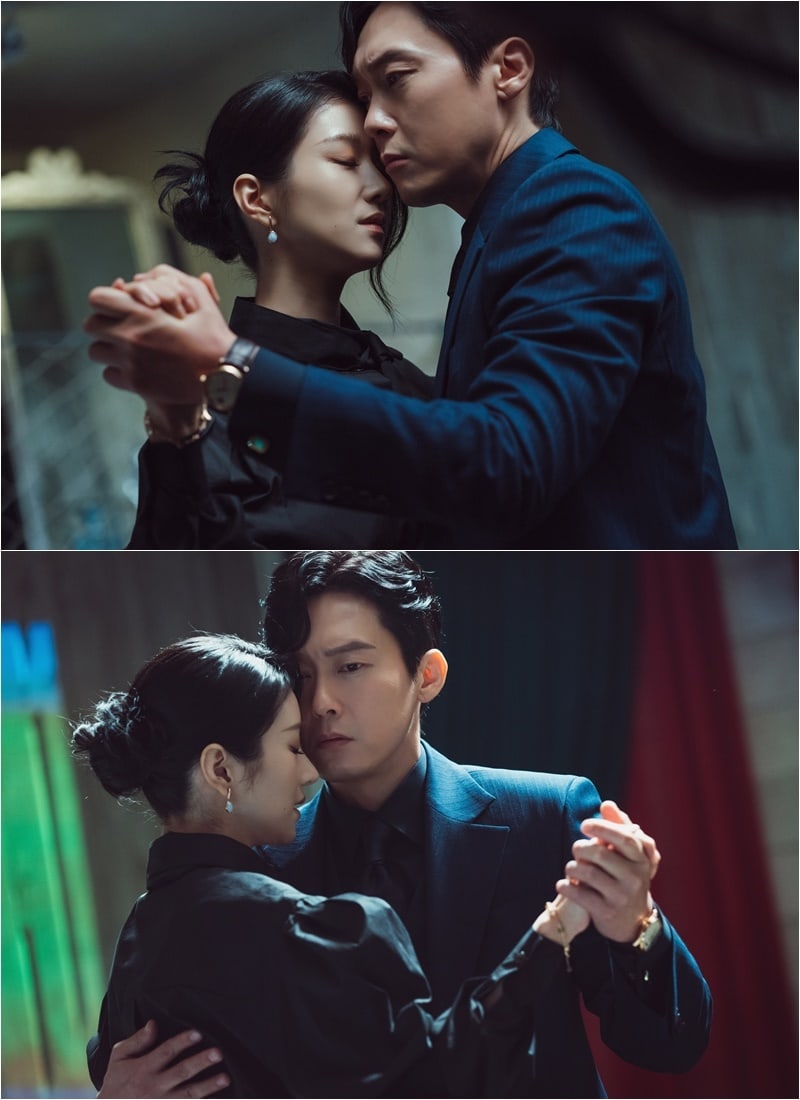 The production team shared, “Ra El will begin her temptation, which has become a step bolder. Yoon Kyum will be greatly attracted to this as [the characters] become swept up in shocking developments. Please look forward to episode 2 of ‘Eve.'”

Catch the premiere of “Eve” below: