KBS has shared another preview of the upcoming drama “Jinxed at First”!

Girls’ Generation’s Seohyun plays the role of Seul Bi, who has the special ability of seeing the future of any person she touches. Due to this ability, Seul Bi is forced to suffer the shame of living in captivity. Despite this unfair situation, Seul Bi still radiates positive energy as she daydreams about a happy life.

Na In Woo will be playing Seodong Market’s fish seller Gong Soo Kwang who has a special jinx and an unfortunate swamp of bad luck. The handsome, kind, and skilled Gong Soo Kwang ends up living a completely transformed life after an unpredictable incident. Although he’s accepted his unfortunate fate, his life is changed all over again when he meets Seul Bi, a goddess of fortune.

“Jinxed at First” recently shared new stills featuring Seul Bi, Seon Min Joon, and Seon Sam Joong. The production team hinted that Seul Bi will have to protect herself from the father-and-son duo who are trying to use her special ability for their own greed. In particular, Seul Bi’s greatest enemy is Seon Sam Joong, who has been using her as the secret source of success.

In one photo, Seul Bi stares at something with a serious look on her face that sharply contrasts with her cheerful nature. In addition, Seon Min Joon exudes soft charisma in an impeccable suit, and Seon Sam Joong gives chills with his scornful glare. It will be intriguing to see how the complex relationships between the three characters will unfold as the story progresses. 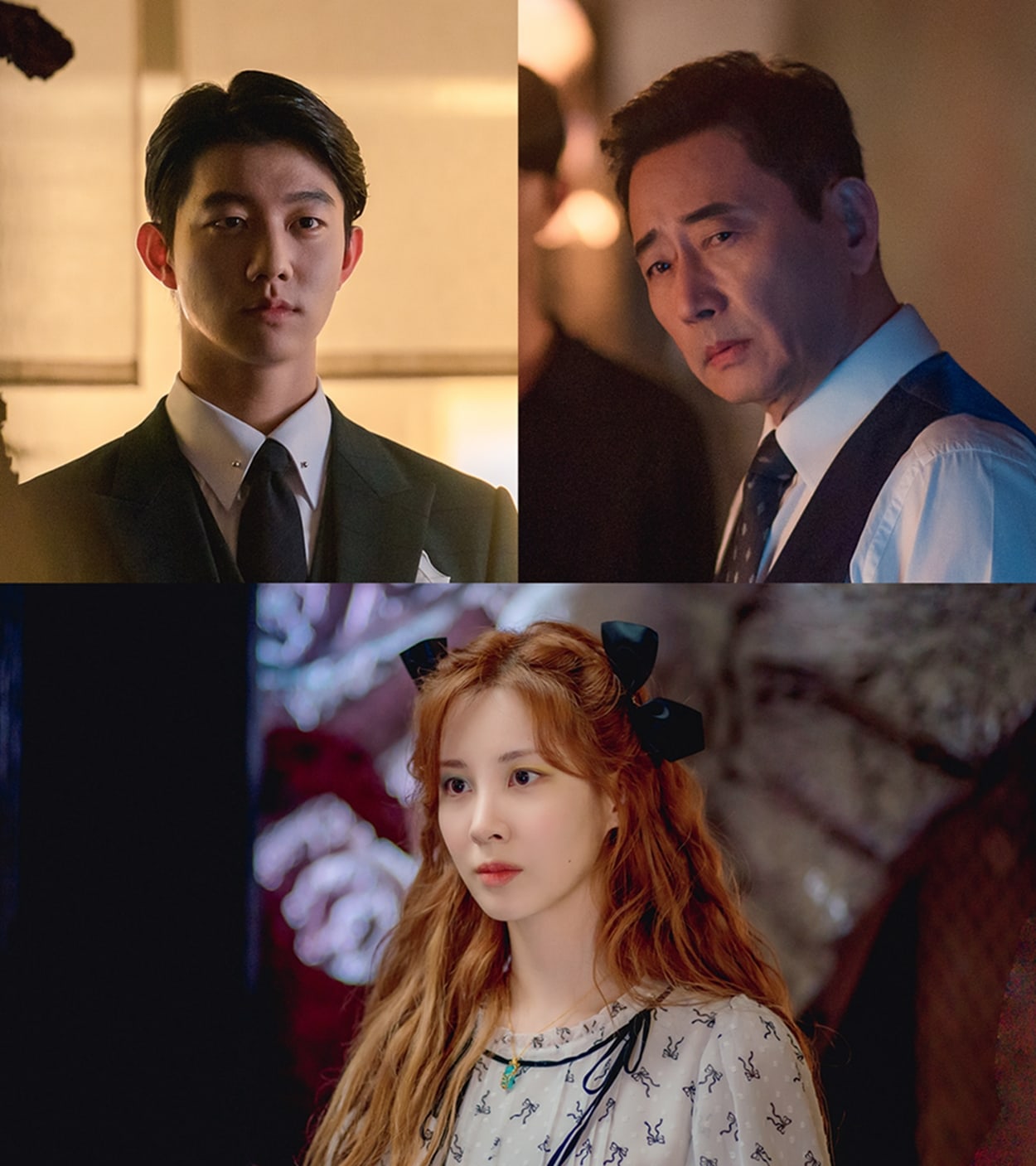 Seohyun has a high synchronization rate with Seul Bi, which will help her effectively portray a character who looks pure and weak but is stronger than anyone else. Jun Kwang Ryul will perfectly depict Seon Sam Joong, who has intense desire for success, and Ki Do Hoon will delicately capture the dual nature of Seon Min Joon who pursues ordinary values despite being a heir of a chaebol family.

“Jinxed at First” premieres on June 15 at 9:50 p.m. KST and will be available with English subtitles on Viki. Check out a teaser here!

While waiting, watch Ki Do Hoon in “Once Again” with English subtitles:

Girls' Generation
jun kwang ryul
Seohyun
Ki Do Hoon
Jinxed at First
How does this article make you feel?