Previously, Lee Ma Ri (Hong Ji Yoon) stamped the divorce papers but kept hanging around Raphael’s (Sung Hoon’s) side after being promoted to the position of chairwoman of the Diamond Medical Foundation. She began to catch on to the change in Raphael and Oh Woo Ri’s relationship and grew jealous, beginning another scheme.

New stills show Lee Ma Ri in a hospital bed, presumably moments after waking up. By her side is Raphael, whom she looks at with longing. However, Raphael gazes down at her with a cold expression, leading to questions about his feelings for her.

When Raphael acts as if he is going to leave the room, she clings onto his coat sleeve in desperation, and viewers are left wondering what sort of conversation could have transpired between them. 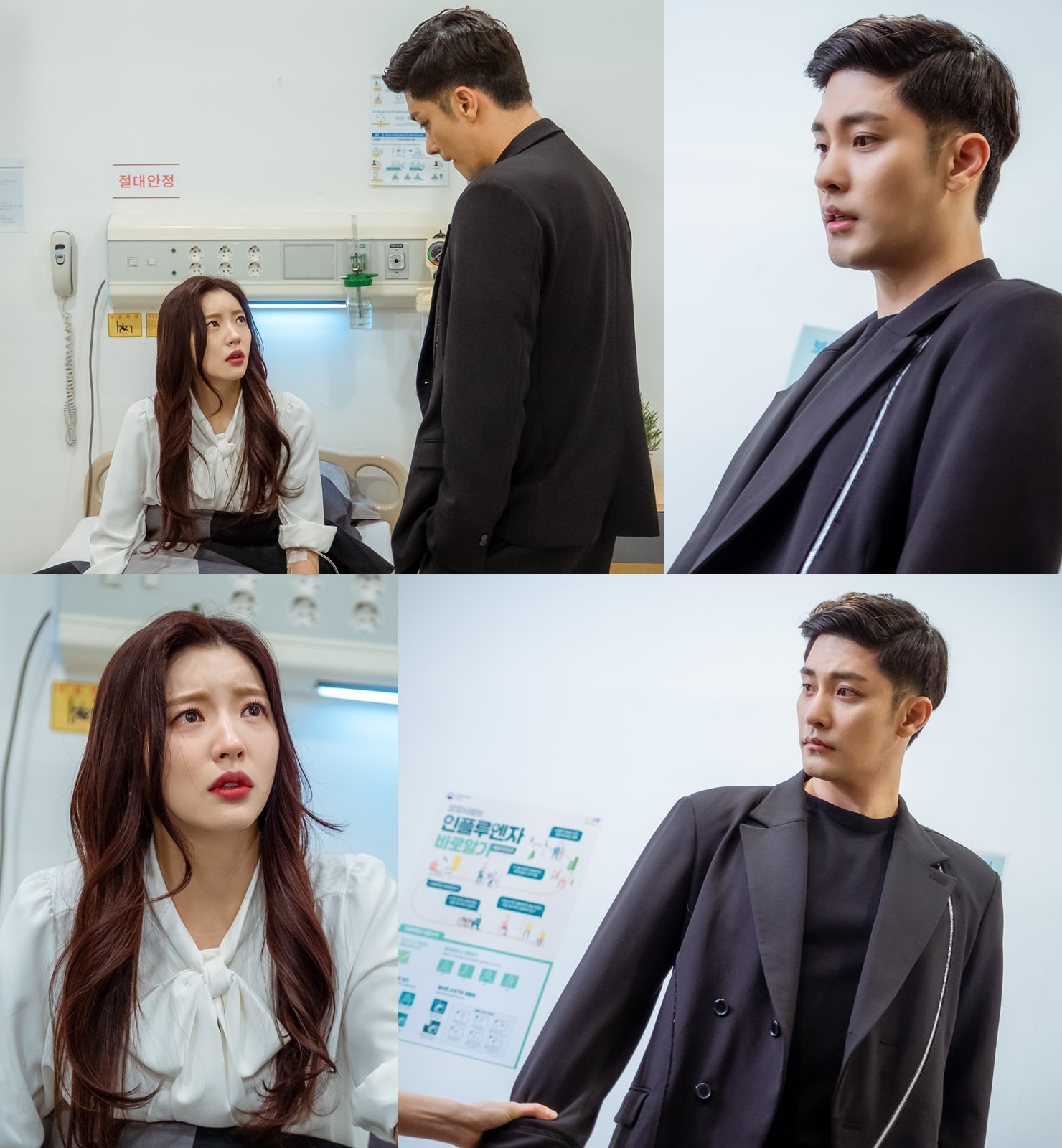 The drama’s producers commented, “As Raphael and Oh Woo Ri’s relationship is undergoing a sudden change, the jealousy and desperation that Lee Ma Ri feels is rising to a peak. Lee Ma Ri did all sorts of deeds to win Raphael’s love, and she is unable to let go of him and ends up committing atrocities. Keep an eye out for how this will all play out.”

Sung Hoon
Hong Ji Yoon
Woori the Virgin
How does this article make you feel?