Director Min Yeon Hong, the mastermind behind “Insider,” revealed a tasteful amount of details on the upcoming drama!

“Insider” is a new action suspense drama about a judicial trainee named Kim Yo Han (played by Kang Ha Neul) whose life falls apart in the blink of an eye while going undercover to investigate a corrupt prosecutor. While in prison, he begins to plot revenge for the betrayal he’s experienced.

“Insider” brings together a star team. In addition to director Min Yeon Hong, whose previous works include “Missing: The Other Side,” the drama is written by Moon Man Sae who wrote “Priest.” The cast includes Kang Ha Neul, Lee Yoo Young, Heo Sung Tae, Kim Sang Ho, Moon Sung Geun, Kang Young Seok, Heo Dong Won, and more. With anticipation building for the intense story yet to unfold, Min Yeon Hong sat down for an interview and shared his thoughts on crucial details of the drama.

The director expressed that he couldn’t put down the script once he started reading it for the first time. He explained, “I was pulled in as if I was reading a comic book by [how the script] boldly depicts stories that are usually difficult to pull off in ordinary dramas. I only had the thought that I needed to do this project.” Viewers will enjoy watching “Insider” even more since it is a drama that’s not defined by one single genre.

Min Yeon Hong added, “The selling points of the drama are the subjects that were not easily discussed in dramas until now, a world that actively utilizes [those topics], and the powerful plot. The setup in which the prison becomes one huge playing field, the war of the great forces in that world, and the main characters’ struggles as they run towards revenge with their lives on the line come together to tell one story. [These stories] are intricately woven together and packed into this ‘mixed genre’ piece. It’s a drama where viewers with varying interests will each find their own fun.”

It will also be interesting to delve into the story’s main setting of Seongju Prison where Kim Yo Han infiltrates undercover. This fictional space, where illegal becomes legal, is also a playing field for various figures to gather and fight.

On this, Min Yeon Hong commented, “I compiled a lot of images from my imagination because there were a lot of spaces in the prison that don’t exist in reality, different from the prisons we have seen until now. It was to the extent that it felt like such a waste to deconstruct the prison set put together by the artistic director. Since these aren’t things often portrayed in dramas, the staff all agreed to take this on as if it is a movie. We put all we had into delivering an experience like that of watching 16 episodes of film through the small screen.” 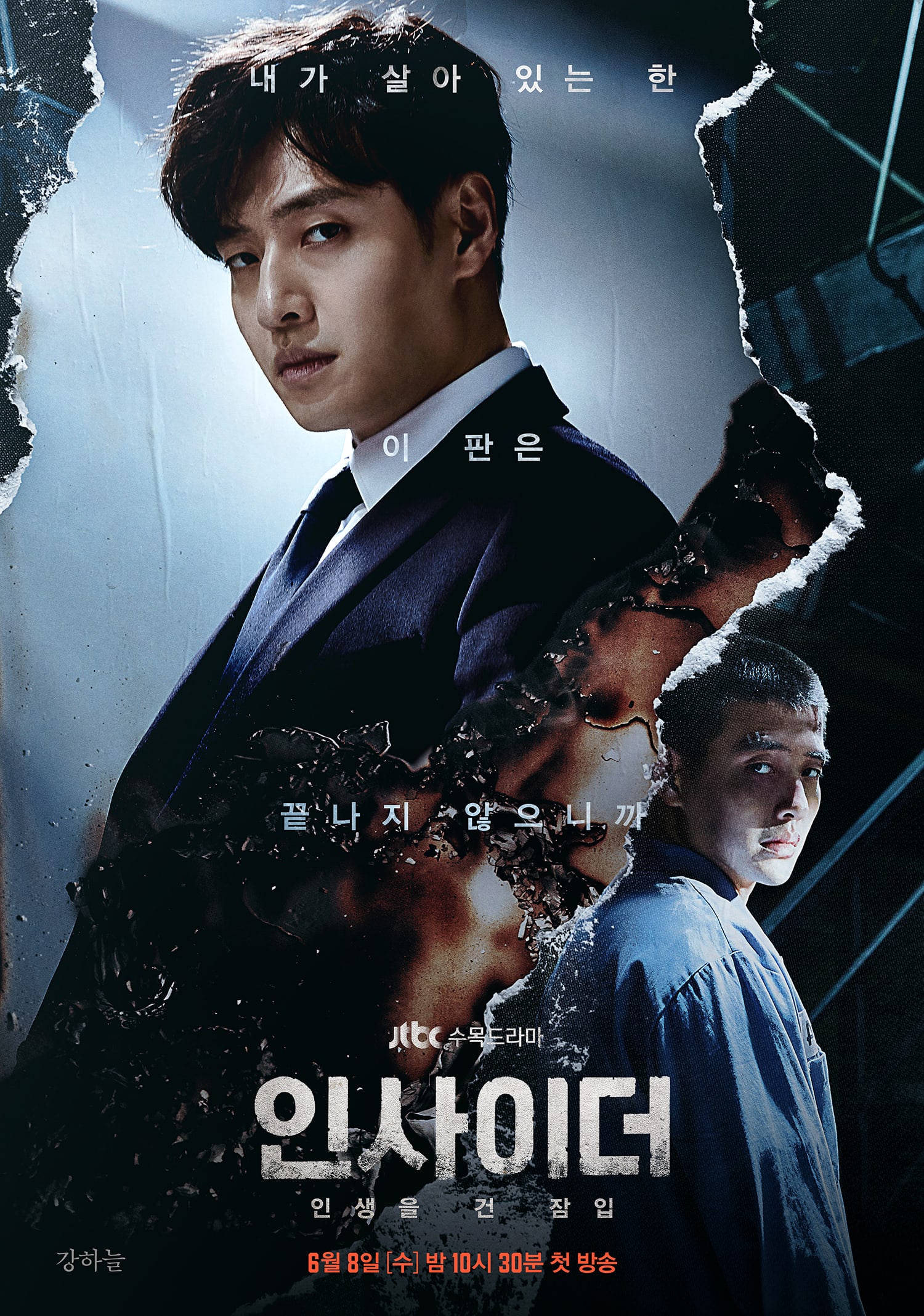 The actors in the cast are also known to deliver stellar performances. Director Min Yeon Hong said, “There is not one character in ‘Insider’ who isn’t ambitious. It’s like a fiery gathering of people that have a clear sense of purpose. I naturally became greedy in trying to cast those who would be suitable in expressing such energy. As a result, an all-genre-encompassing group of incredible actors was thankfully formed.”

He continued, “Since the backdrop of the story is a prison, strong camaraderie blossomed in each cell. There were even groups that formed from meeting ahead of the shoot. Eventually, this group of impressionable actors became a group of talkative folks. Some great ideas were shared and utilized in the story. The closeness of the actors added to the characters’ depth, and I think it’ll be fun to look out for signs of this while you watch.”

The director didn’t forget to praise Kang Ha Neul, saying, “This piece would not have been able to exist if not for Kang Ha Neul. There were many taxing scenes, and every moment was filled with Kang Ha Neul’s performance. During the one year we worked together, he was more dedicated and proactive than anyone else and worked on the project in a humane manner as if he was proving that all the positive rumors about him are completely true. I want to express my gratitude and convey that it was an honor to have worked with him on this project.”

To wrap things up, Min Yeon Hong stated, “In the beginning of the piece, the process of Kim Yo Han, who was a judicial trainee, becoming an insider in the vast world of darkness is laid out. So is the reason behind his life-threatening attempt at infiltration. I thought that his agony is reflected in the people of this generation who are struggling as they live on. Because of this, I think that the charm of the opening segment is that it makes you think about how we’re supposed to live on in these times. I hope that the viewers will watch on with interest while guessing how the characters will evolve over time.”

“Insider” premieres on June 8 at 10:30 p.m. KST and will be available with subtitles on Viki. Check out a teaser for the drama here!

In the meantime, watch Kang Ha Neul in “River Where the Moon Rises“:

And watch Lee Yoo Young in “Perhaps Love” below!