Get ready for a tense confrontation between Seo Ye Ji and Yoo Sun in “Eve”!

The tvN romance-revenge drama is about a chaebol‘s 2 trillion won (approximately $1.7 billion) divorce lawsuit that shocks the entire nation. Unbeknownst to the public, the lawsuit is the result of a carefully calculated revenge scheme 13 years in the making.

Seo Ye Ji stars as Lee Ra El, the dangerously alluring woman at the center of the divorce lawsuit, while Park Byung Eun stars as Kang Yoon Kyum, the CEO of LY Group. Lee Sang Yeob is Seo Eun Pyung, the youngest member of the National Assembly who is ready to throw everything away for love after meeting Lee Ra El, and Yoo Sun plays Kang Yoon Kyum’s wife Han So Ra who is the only daughter of a powerful politician.

Previously, Lee Ra Ei deliberately triggered a conflict been Han So Ra and the other parents in order to make an excuse to meet Kang Yoon Kyum. She officially started her bold plan to seduce him, and he became strongly attracted to her.

The newly released stills capture a tense moment between Lee Ra El and Han So Ra. Lee Ra El exudes elegant vibes as she sits before Han So Ra with glittering eyes and a relaxed smile. Han So Ra gazes warily at her with a fierce spark in her eye as if she’s watching her every move. However, things take an odd turn when Han So Ra smiles at Lee Ra El, raising questions about their meeting. All eyes are on how Lee Ra El will use Han So Ra as a stepping stone to approach Kang Yoon Kyum and get her vengeance. 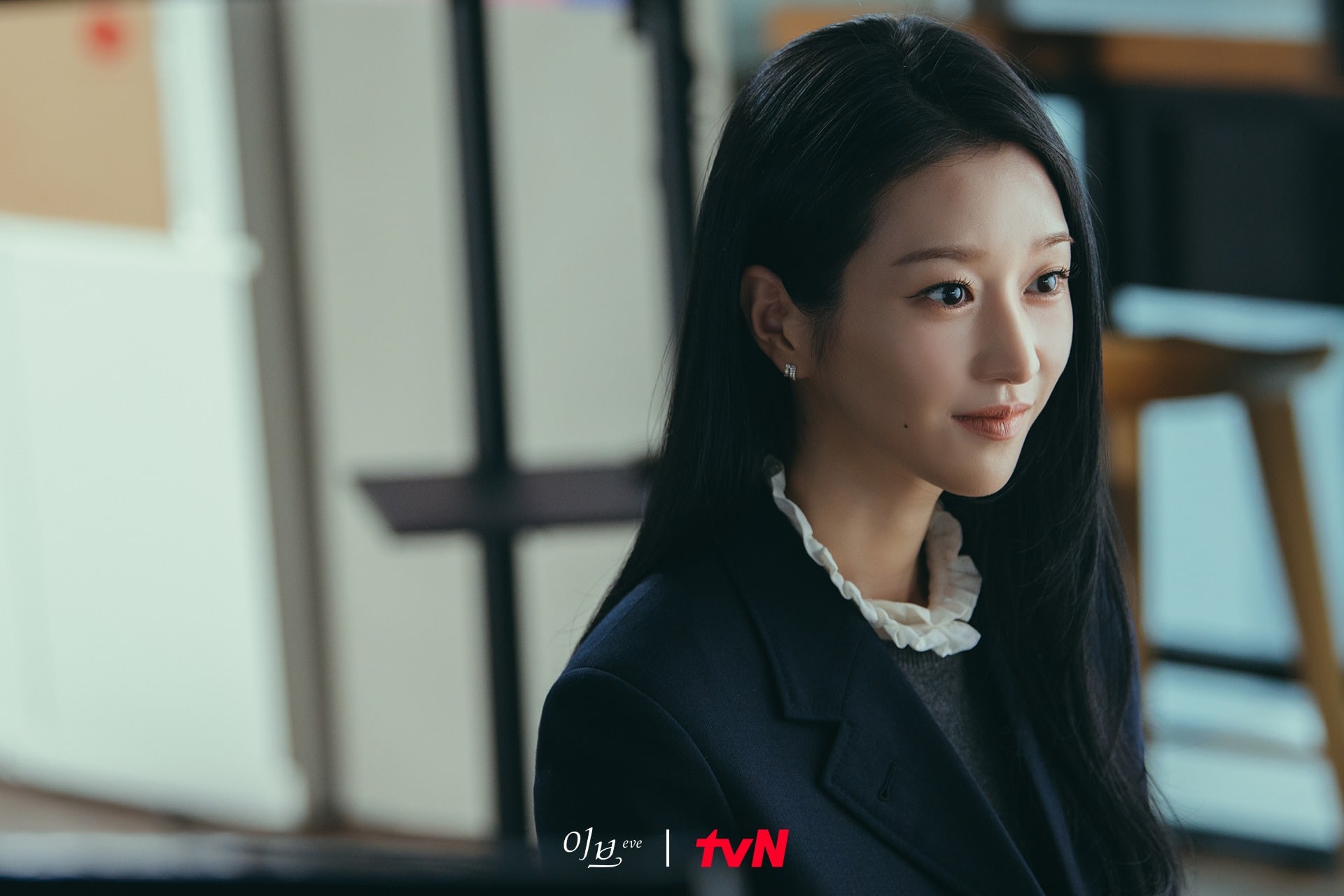 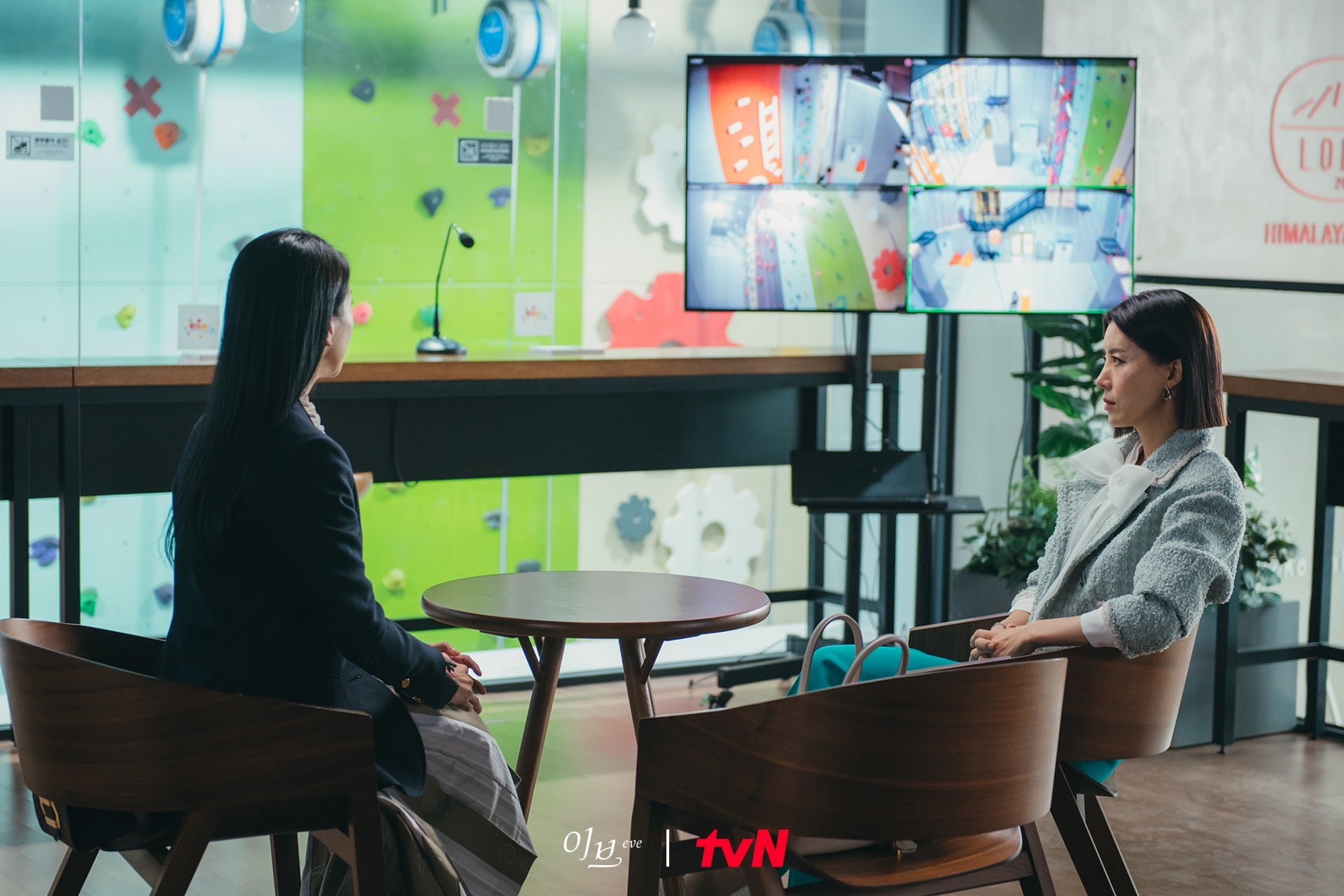 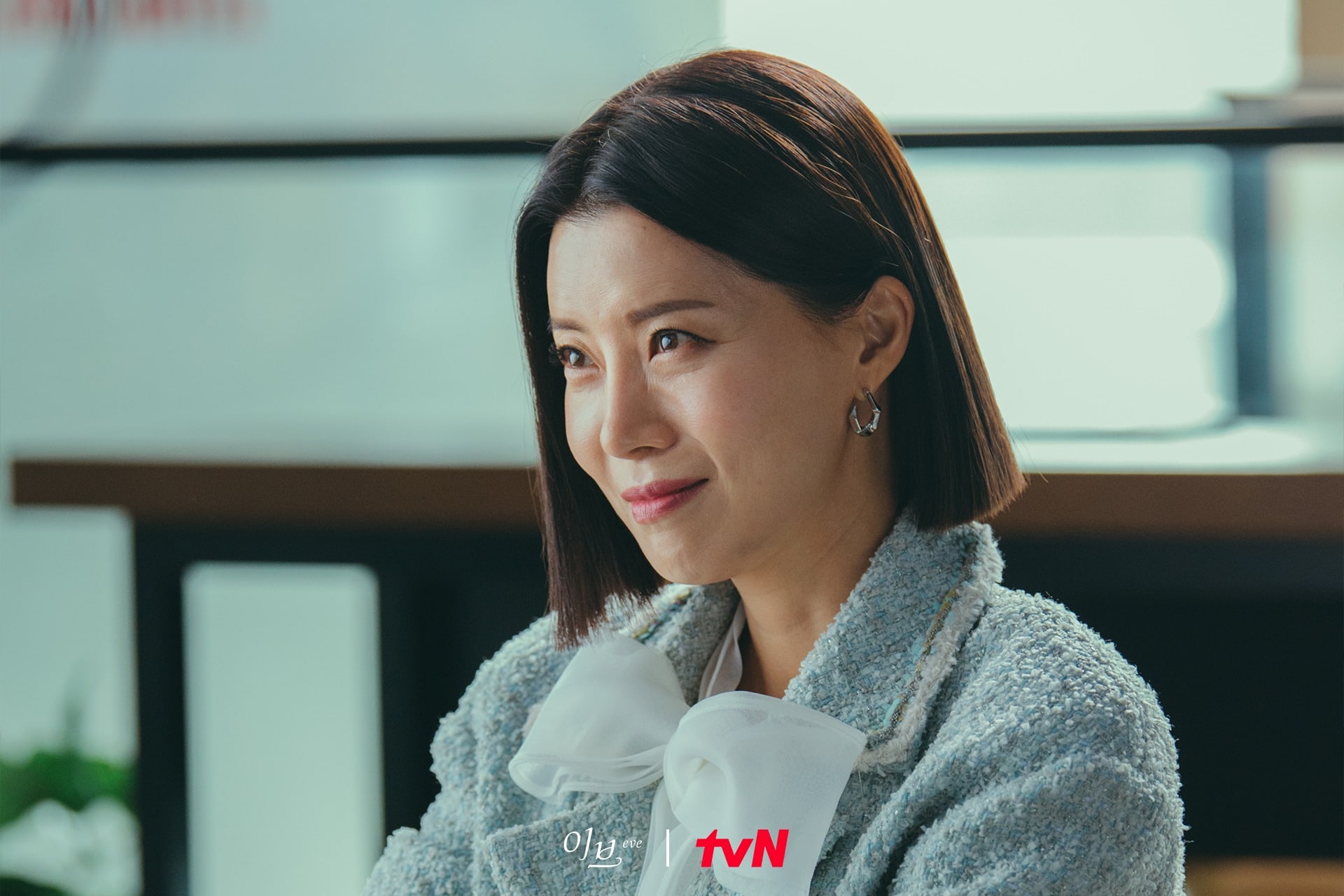 Catch up to “Eve” below: