On the previous episode, Park Gye Won (Jang Hyuk) and Choi Ga Yeon (Park Ji Yeon) were at odds over Lee Tae, who vomited blood and collapsed during the rain ritual. With Lee Tae unconscious and no heir to take over his place at the moment, the authority fell into Choi Ga Yeon’s hands. Park Gye Won and Choi Ga Yeon got into a tense confrontation about what to do in a situation when the king has fallen ill. Choi Ga Yeon claimed she would act as regent until he awakens, shocking everyone.

Amid such unpredictable developments, the newly released stills capture Park Gye Won and Choi Ga Yeon in another suffocating moment. She is full of dignity and confidence as she sits on the throne, but he glares at her with fury. It is unfortunate to see two people, who once had feelings for one another, be on ill terms, and viewers can look forward to watching how their turbulent relationship will come to an end. 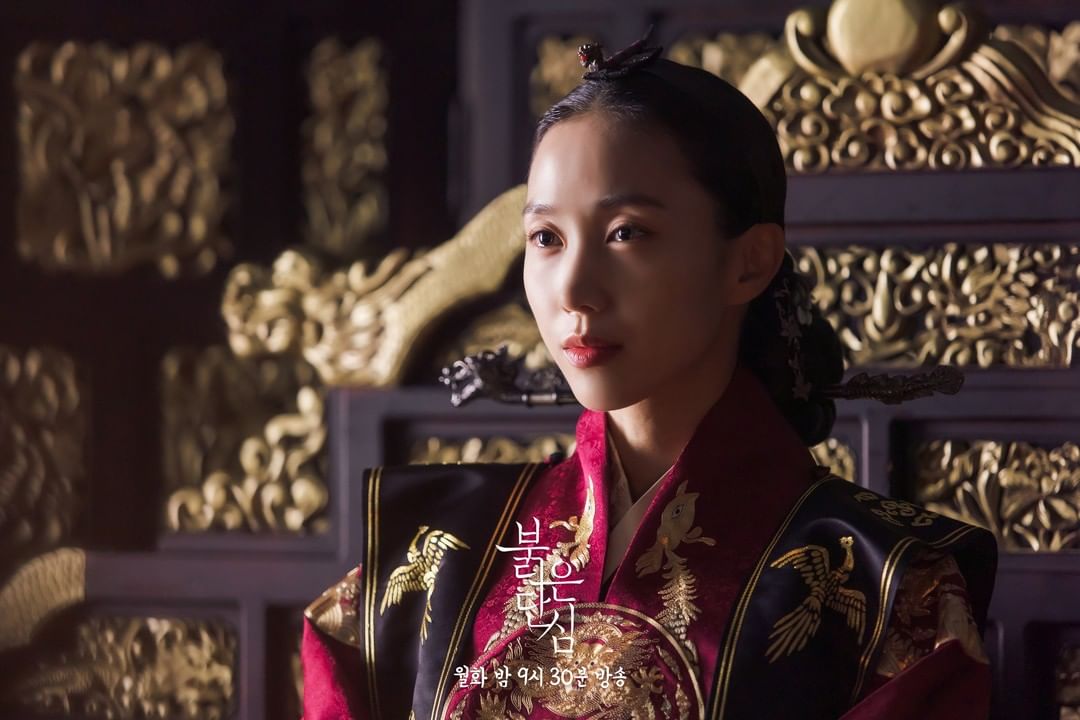 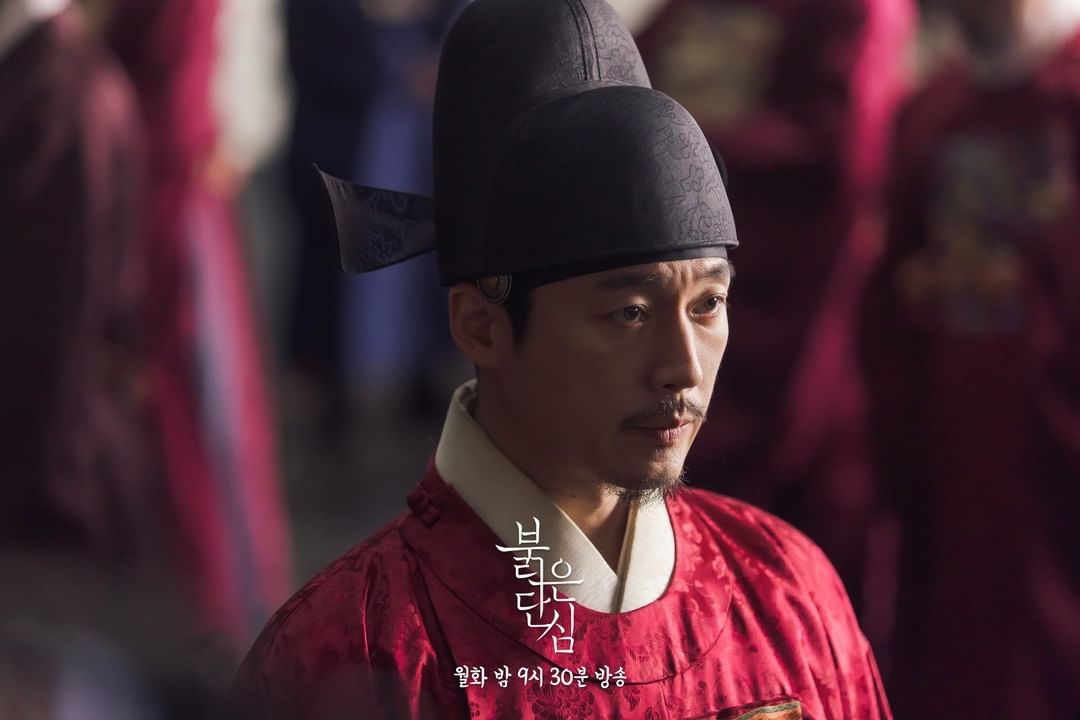 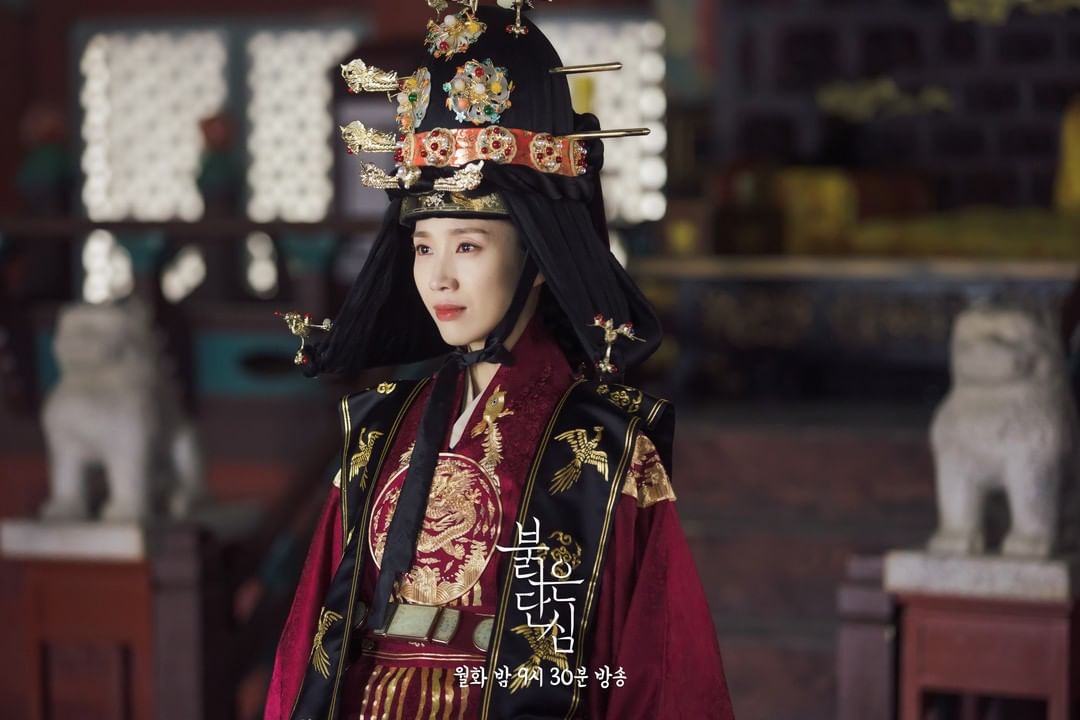 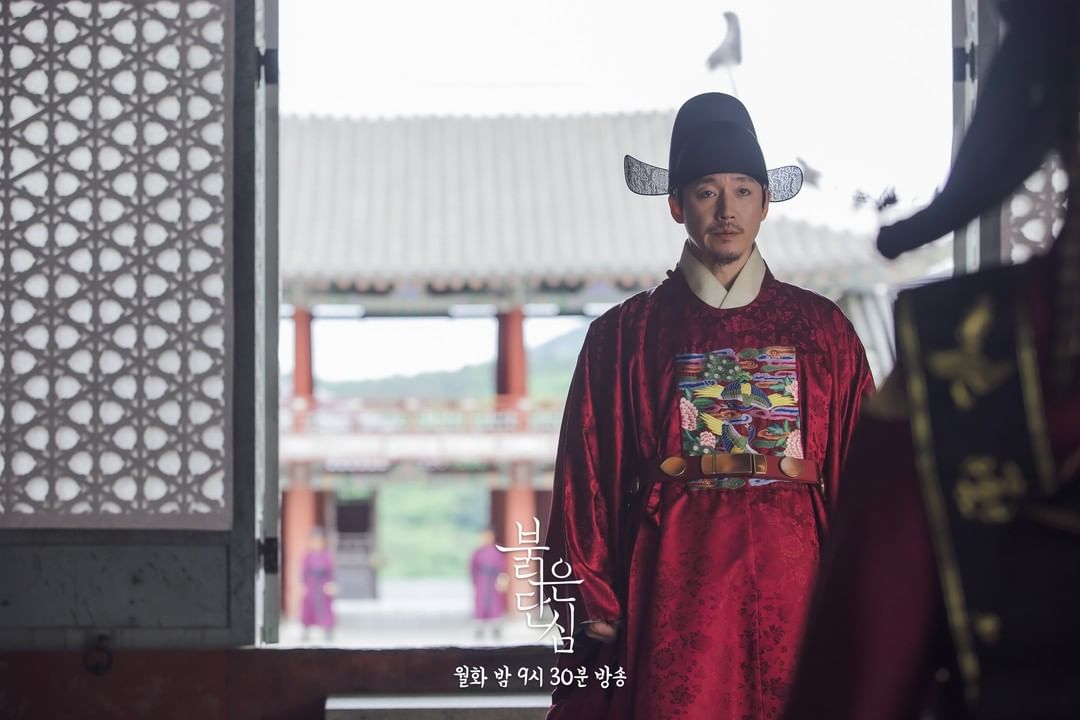 The drama’s producers teased, “In today’s broadcast, the confrontation between Park Gye Won and Choi Ga Yeon will intensify. Please pay attention to how the relationship of these two, who were each other’s first lovers like Lee Tae and Yoo Jung, will flow in the future as they become perfect political opponents.” In particular, viewers should keep an eye on how they will go through changes as the queen dowager and first vice-premier.