aespa Announces Plans For LA Showcase; To Perform New Songs Ahead Of Comeback

Ahead of their highly-anticipated comeback, aespa will be holding a special showcase in LA!

On June 7, aespa officially announced that they would be greeting their fans in person at their first-ever U.S. showcase, entitled “SYNK in LA,” on June 26.

In addition to their past hits, aespa will also be performing new songs from their upcoming mini album “Girls,” which is due out on July 8.

Last week, aespa surprised fans by unexpectedly dropping the B-side track “Illusion” off the upcoming album without advance notice. The group will also be pre-releasing the English-language single “Life’s Too Short“—which they first performed at Coachella back in April—on June 24. 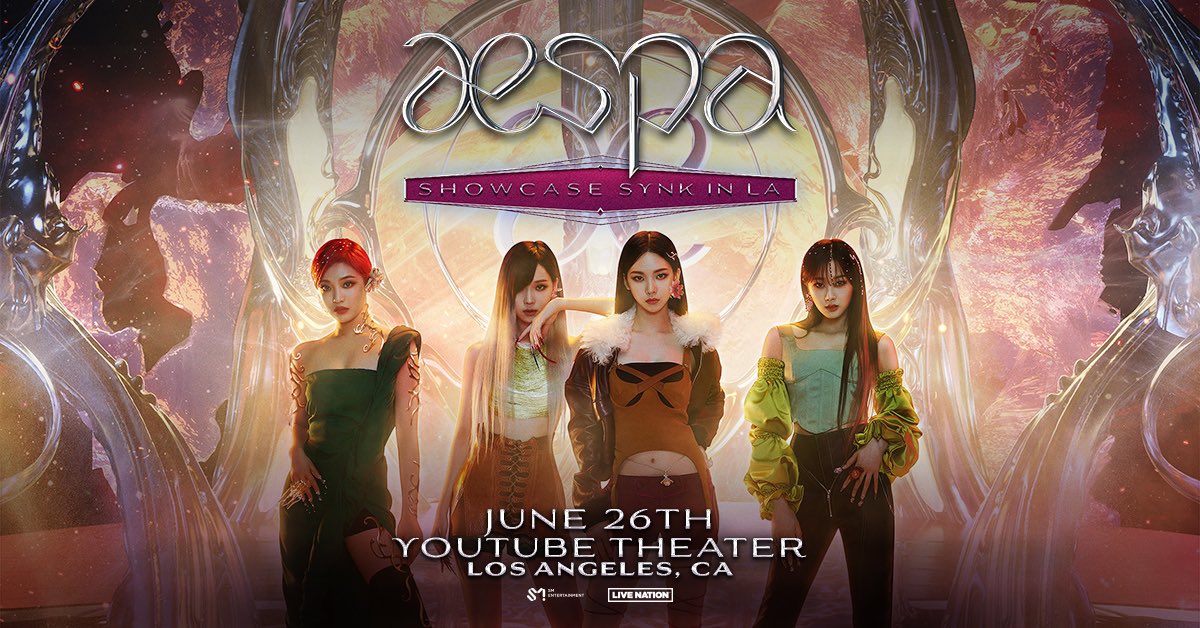