Based on the popular webtoon of the same name, “Yumi’s Cells” tells the story of an ordinary office worker named Yumi – from the point of view of the many brain cells in her head controlling her every thought, feeling, and action. Kim Go Eun plays the titular role of Yumi, an ordinary woman who struggles with expressing her feelings.

The first season of “Yumi’s Cells,” which became the first K-drama ever to combine live action and 3D animation, aired in autumn 2021 and received a lot of love from viewers. That story focused on Yumi’s romance with Goo Woong (Ahn Bo Hyun) and the second season will follow Yumi’s growth after their break up as she starts to develop feelings for her co-worker Yoo Babi (Jinyoung).

When asked what makes Season 2 different from the first, director Lee Sang Yeob answered, “Babi’s charms.” He continued, “To the point where they can’t believe there’s a man this sweet in the world, cells that didn’t come out in Season 1 will start appearing. The romance Yumi creates with Babi will be a bit more developed. More than just butterflies, we’ve drawn out a romance where both people grow.” 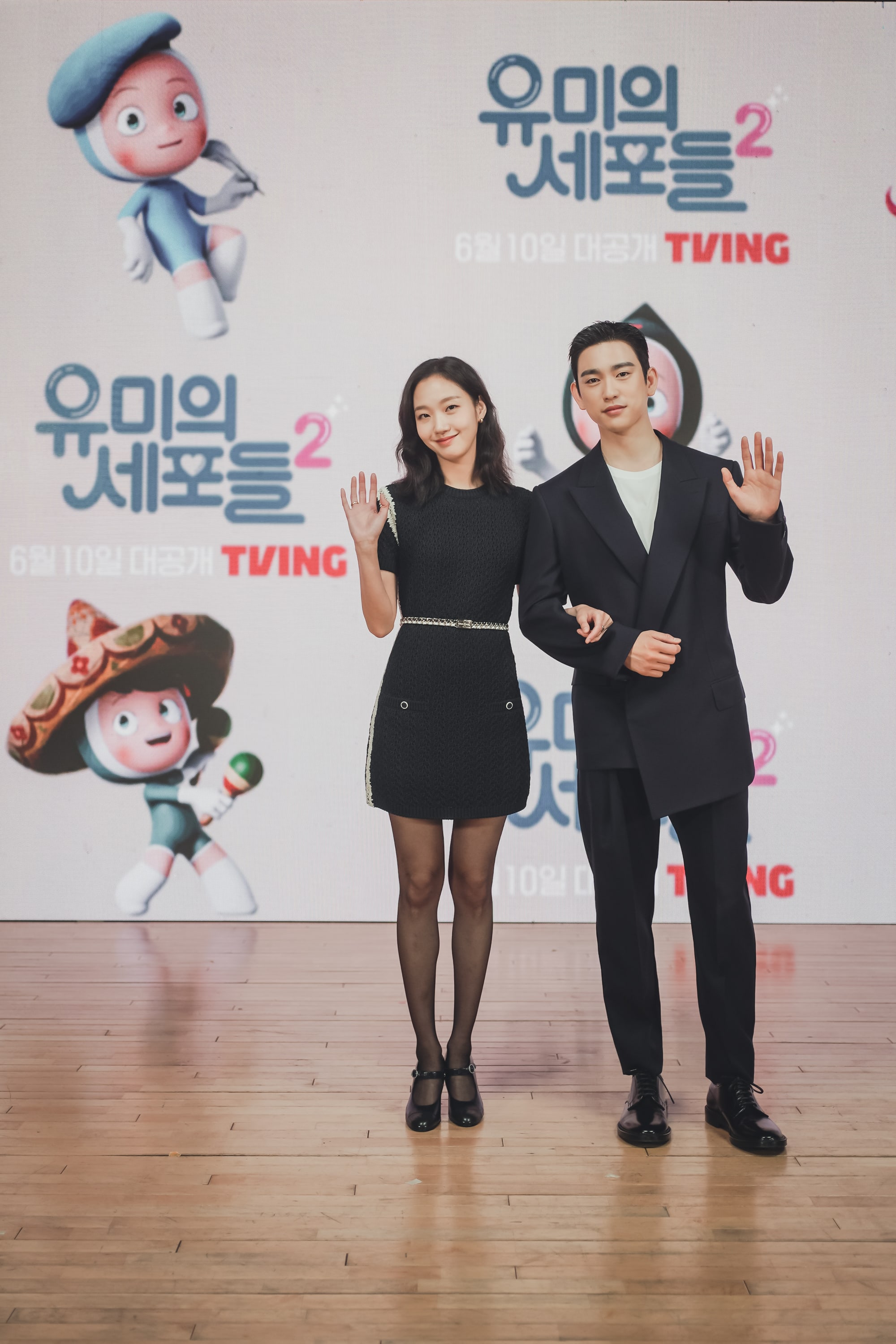 Regarding “Yumi’s Cells,” Kim Go Eun shared, “I’ve never seen a drama that simultaneously has live action and animation and I’ve never acted in one either.” In Season 1, Kim Go Eun rocked an adorably short hairstyle, but her character in the new season keeps her hair long. The actress explained, “In Season 2, Yumi makes a courageous choice and I think her emotions and flow were expressed naturally.”

He continued, “I think the feedback on Babi will be divided by the first half and the second half, like a soccer match. At the start, I hope you accept him as a warm character. Please enjoy the 3D Yoo Babi.” 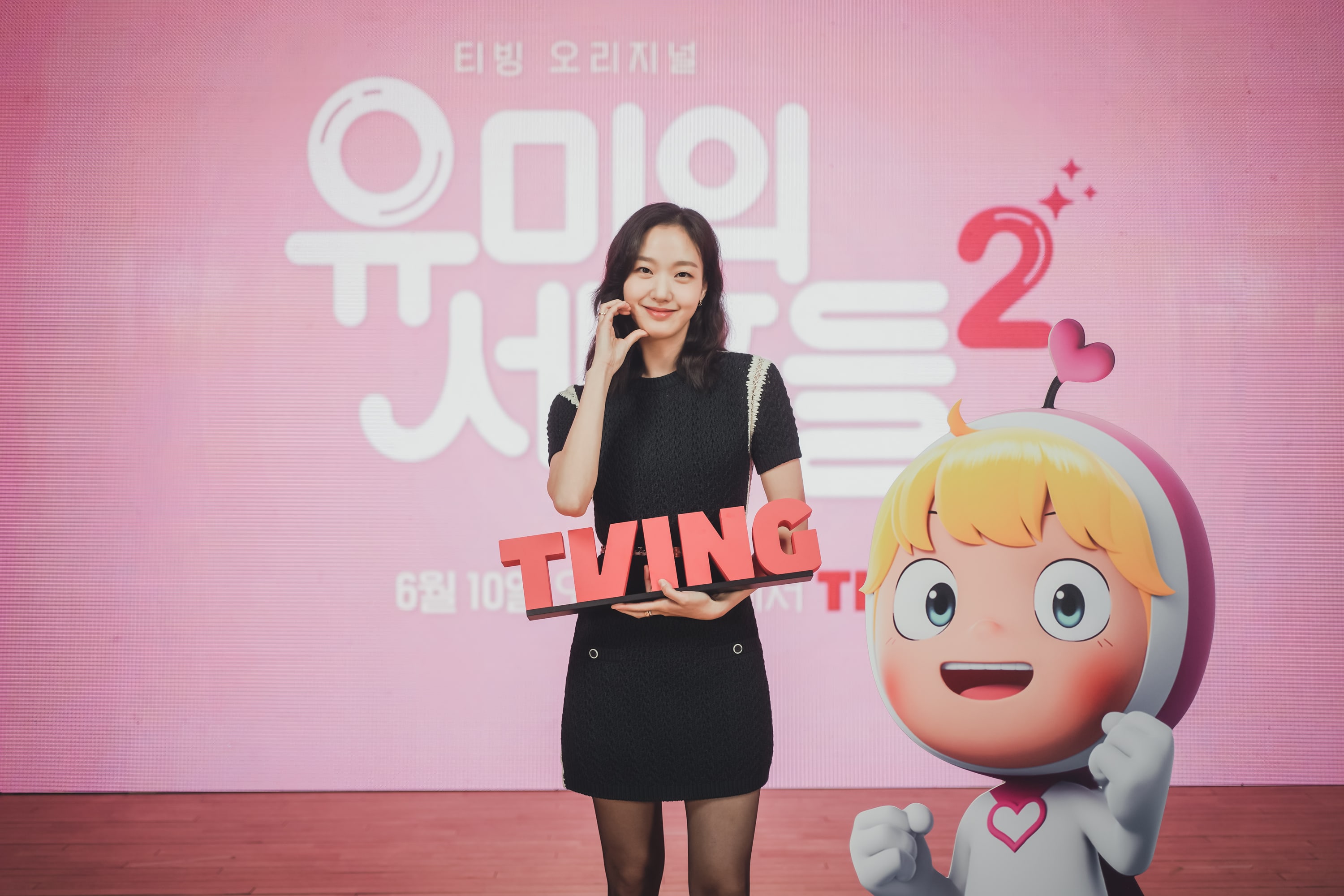 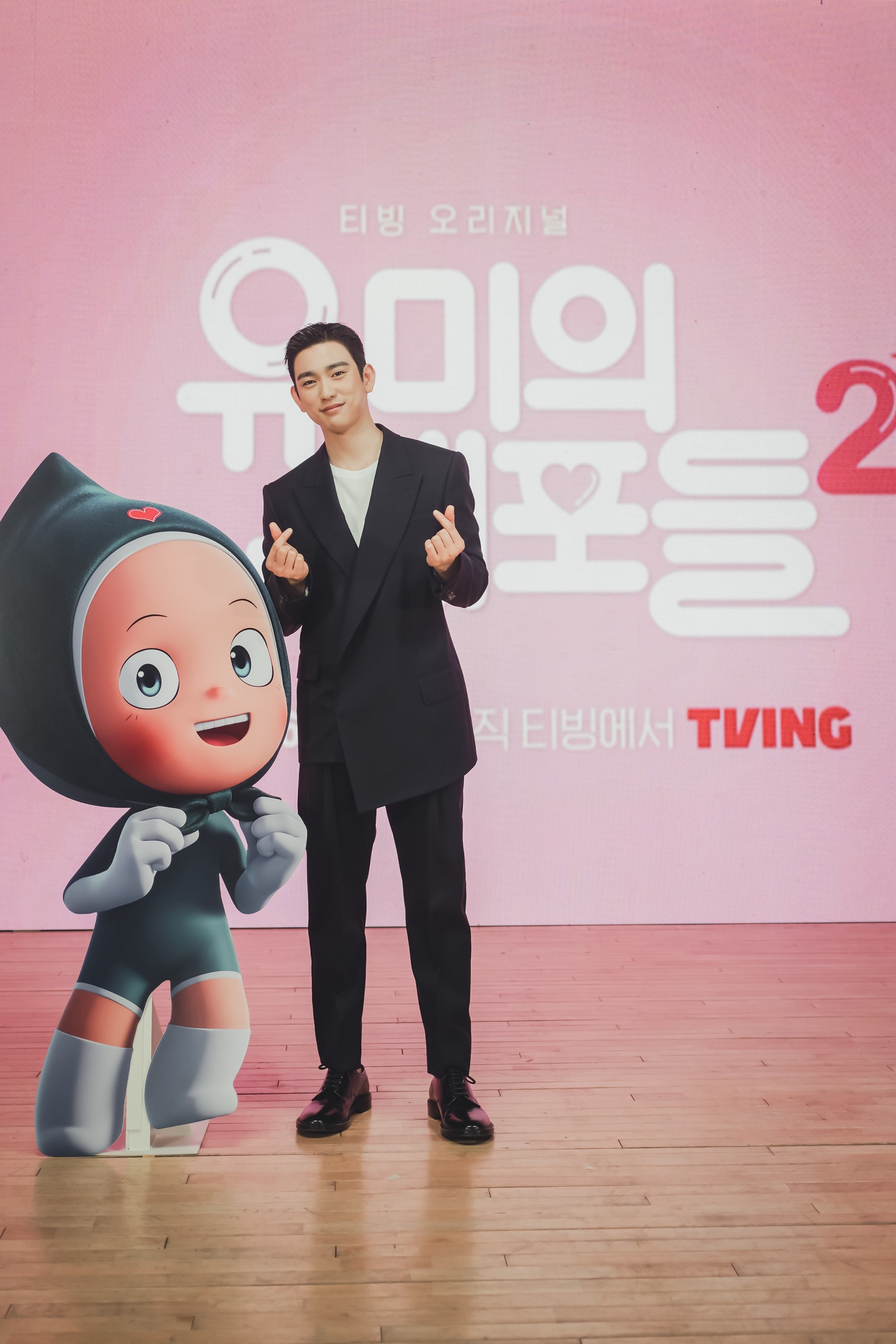 When the cast and crew were asked which new cell they were most excited about, all three answered the “tongue cell.” The director explained that Yumi and Babi’s “tongue cells” appear at the same time and host Park Kyung Lim jokingly commented, “This press conference is G-rated so it’s difficult for you to share more.”

After, both Kim Go Eun and Jinyoung chose Yumi’s growth and new experiences as the biggest part of Season 2. Jinyoung shared, “I think Yumi boldly starts doing what she wants to do. I think it’s better to regret something you did do than regret something you didn’t do.” He sweetly added, “As my own new start, I’ve also been [acting] for the past year and a half to two years. I support all of your starts too.”

Kim Go Eun commented, “Regretting something after you do it is better. Regardless of the outcome, just the concept of trying something new leaves an impact on your life. If there’s something that remains in your heart, just trying it can create the greatest growth.”

“Yumi’s Cells 2” premieres on June 10 and will be available with subtitles on Viki!

GOT7
Kim Go Eun
Jinyoung
Yumi's Cells 2
How does this article make you feel?