Get ready for Kim Young Dae to get even bolder at the office in tvN’s “Sh**ting Stars“!

“Sh**ting Stars” is a romantic comedy about the people who work behind the scenes in the entertainment industry. Lee Sung Kyung stars as Oh Han Byul, the head of the PR team at Star Force Entertainment, while Kim Young Dae plays the troublemaking A-list star Gong Tae Sung.

While Oh Han Byul is usually a top-notch professional who is serious about doing her job and doing it well, even this stellar employee finds it hard to concentrate when the handsome Gong Tae Sung waltzes into the PR team’s office looking completely overdressed.

As Gong Tae Sung keeps a fond eye on her at all times, Oh Han Byul struggles not to be distracted by her secret boyfriend at work. In newly released stills from the next episode, Oh Han Byul looks shocked by something Gong Tae Sung is doing outside the frame, piquing viewers’ curiosity as to why the actor has been clocking into the office in the first place. 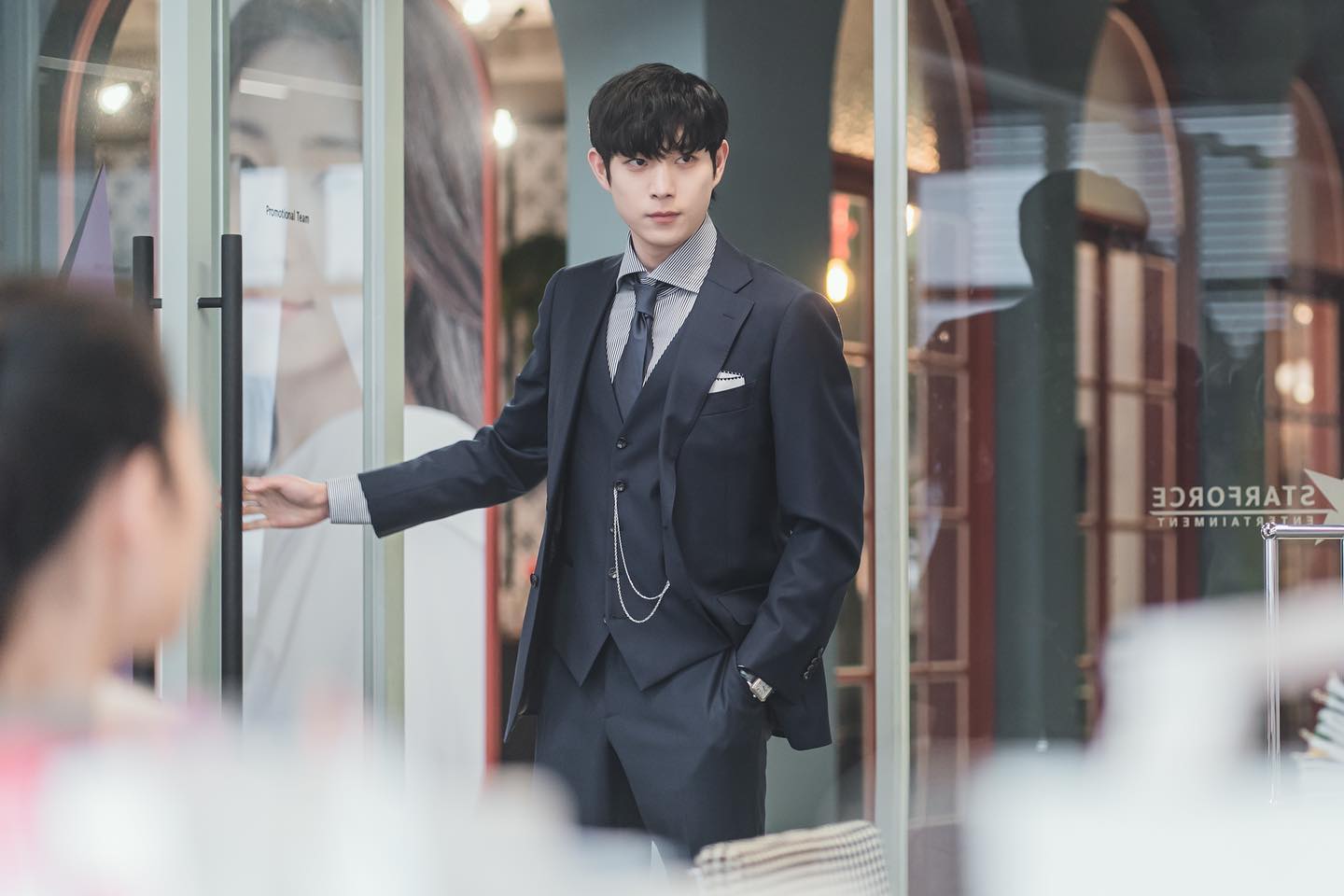 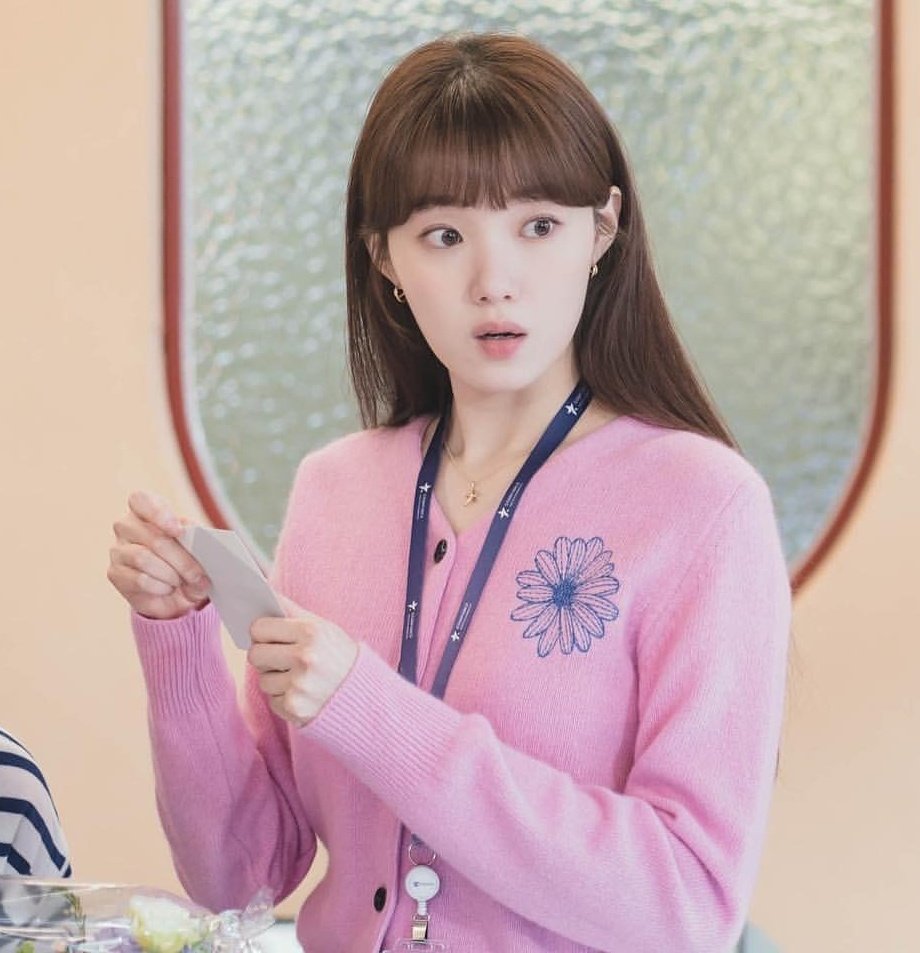 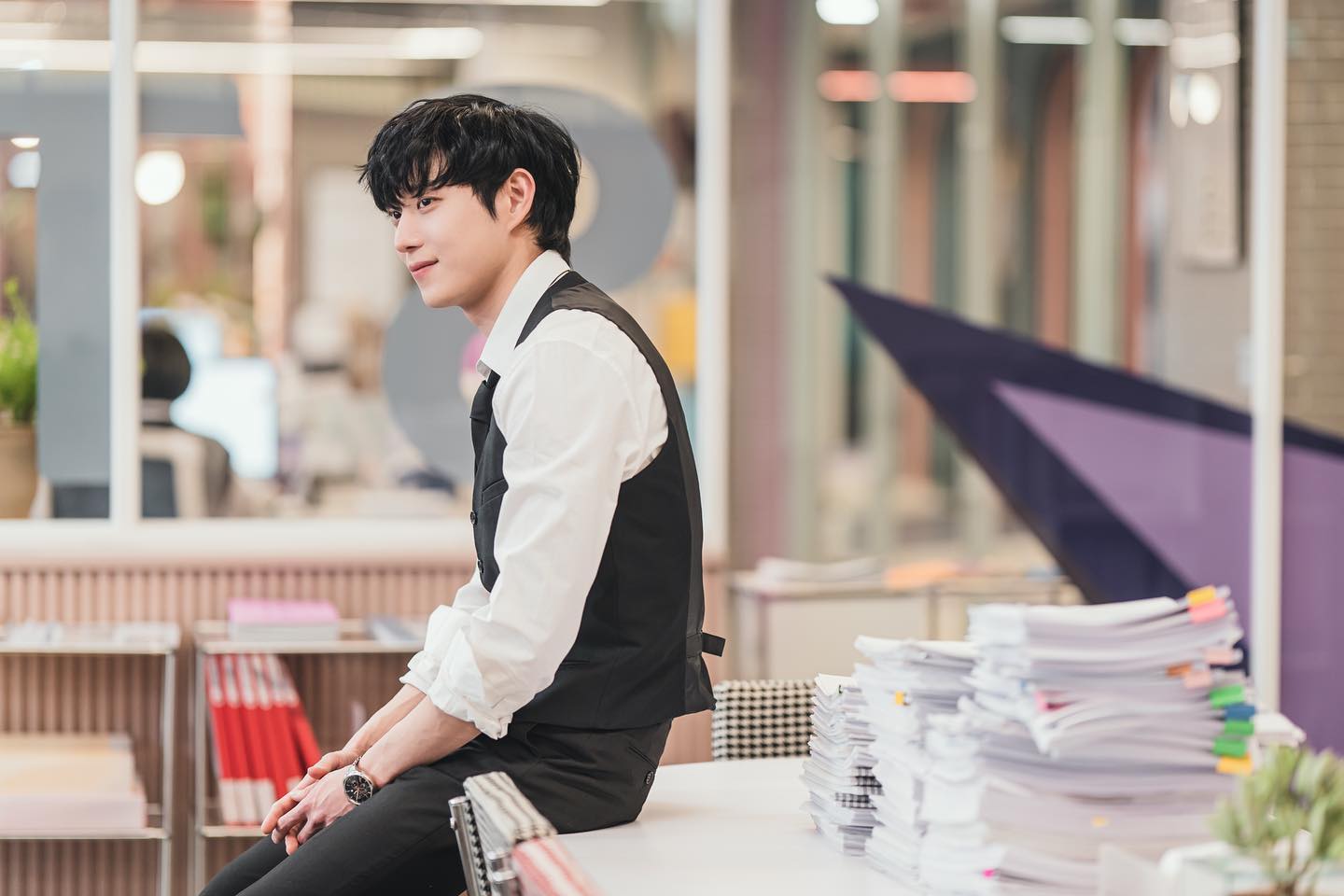 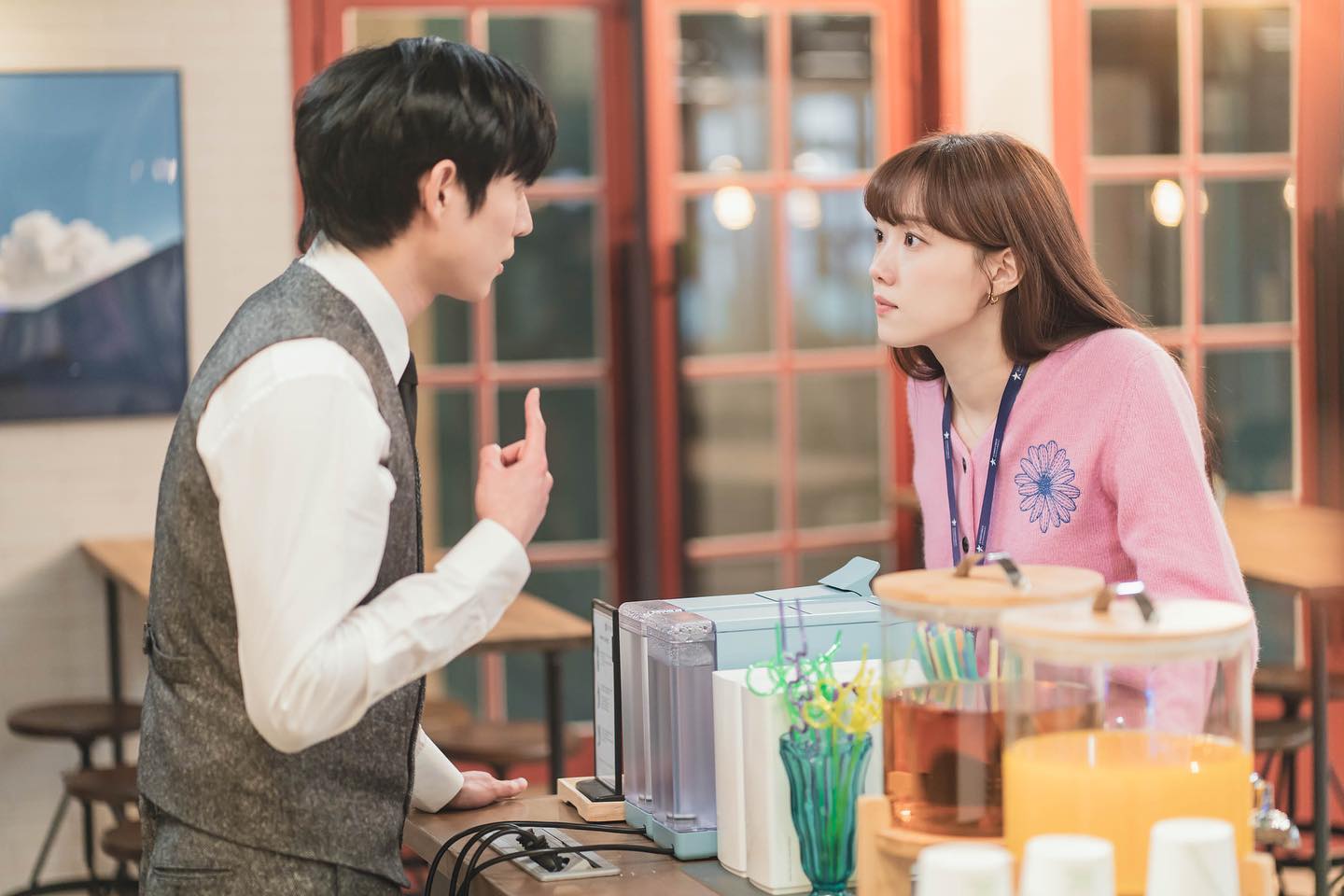 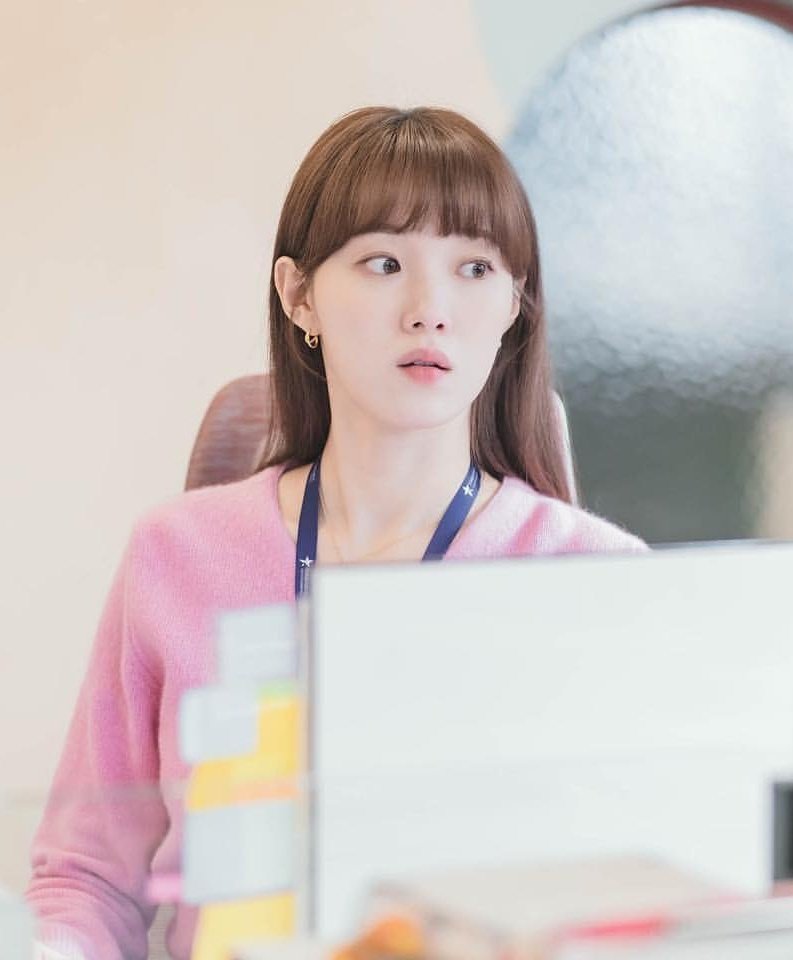 The last photo captures Gong Tae Sung boldly taking Oh Han Byul’s face into his hands, raising the question of whether the couple has finally gone public with their secret relationship. 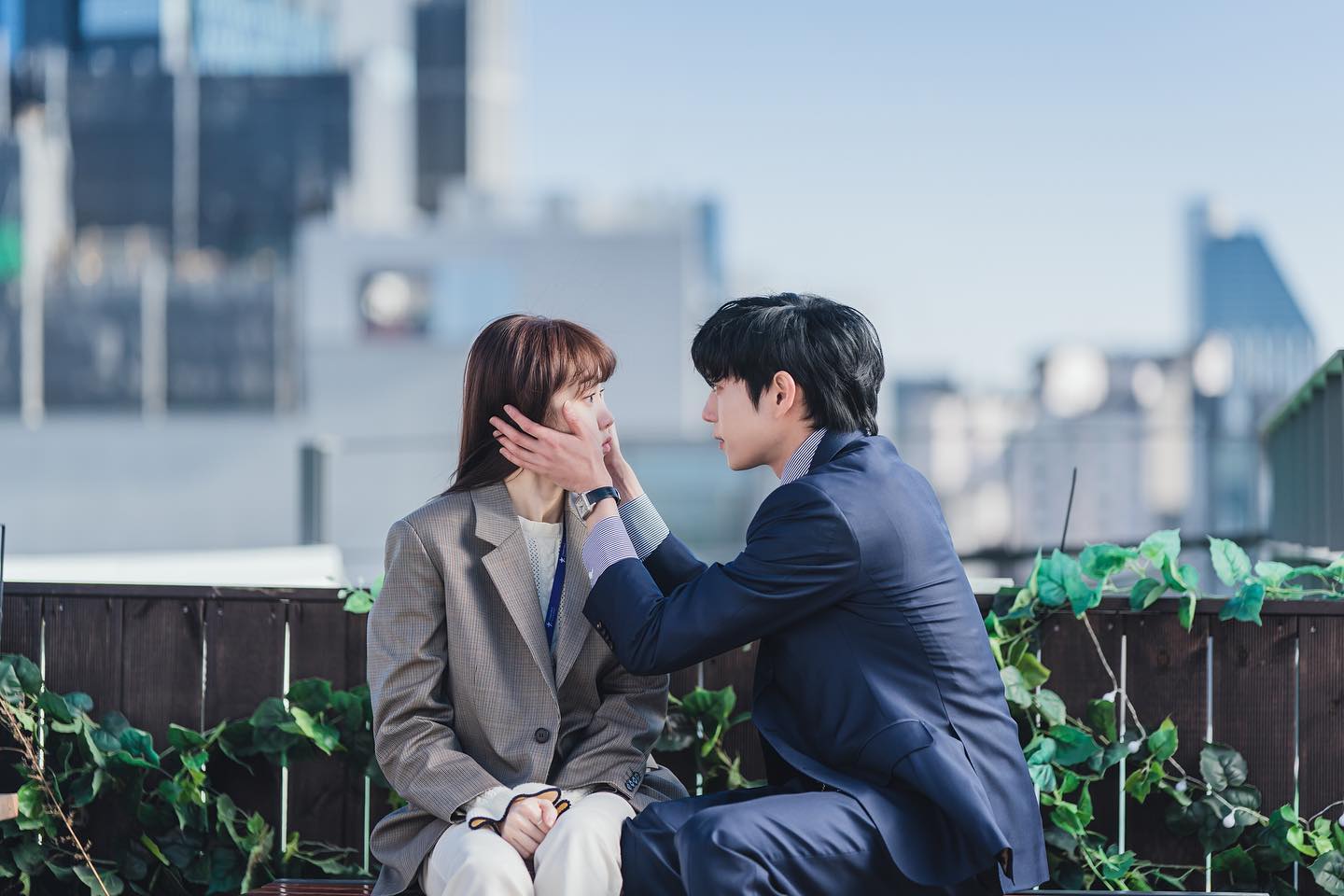