“Sh**ting Stars” is a romantic comedy about the people who work behind the scenes in the entertainment industry. Lee Sung Kyung stars as Oh Han Byul, the head of the PR team at Star Force Entertainment, while Kim Young Dae plays the troublemaking A-list star Gong Tae Sung.

In episode 14, Gong Tae Sung and Oh Han Byul were caught acting affectionately with one another by Star Force Entertainment’s director Choi Ji Hoon (Ha Do Kwon), raising questions about the future of their relationship.

The newly released stills capture Gong Tae Sung and Oh Han Byul enjoying a couple trip to Jeju Island. At the airport, Gong Tae Sung hides his face with a mask and hat, while Oh Han Byul walks a bit behind him while carefully looking at her surroundings. On Jeju Island, the two take adorable couple photos together in front of a field of flowers, freely enjoying themselves without worrying about getting caught. 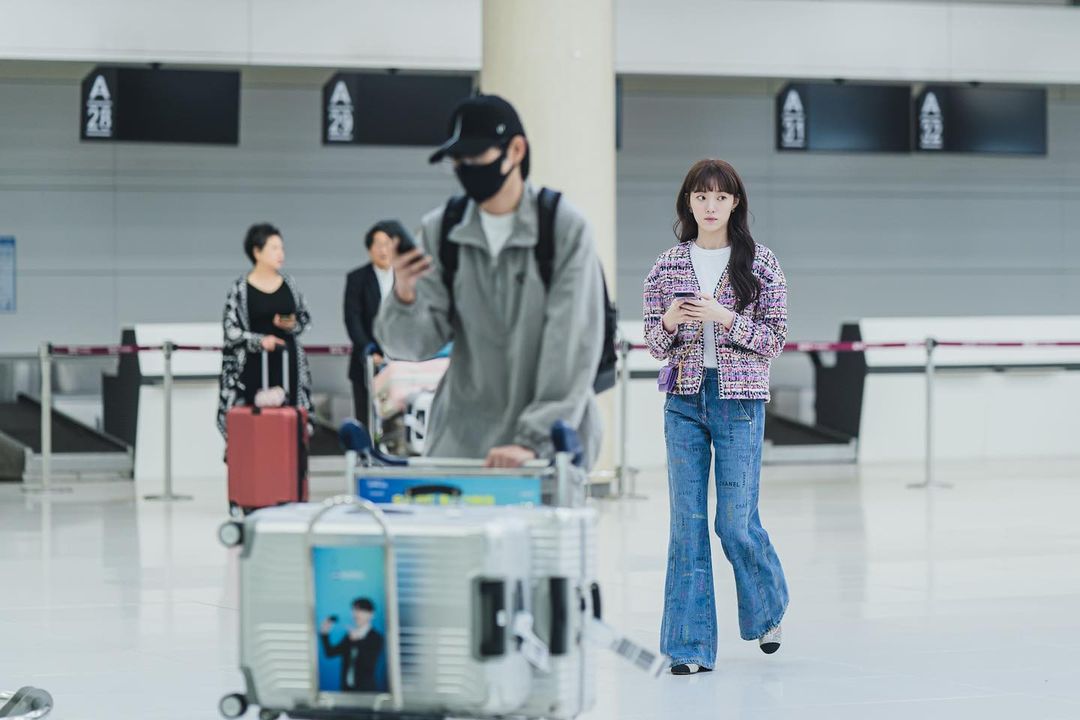 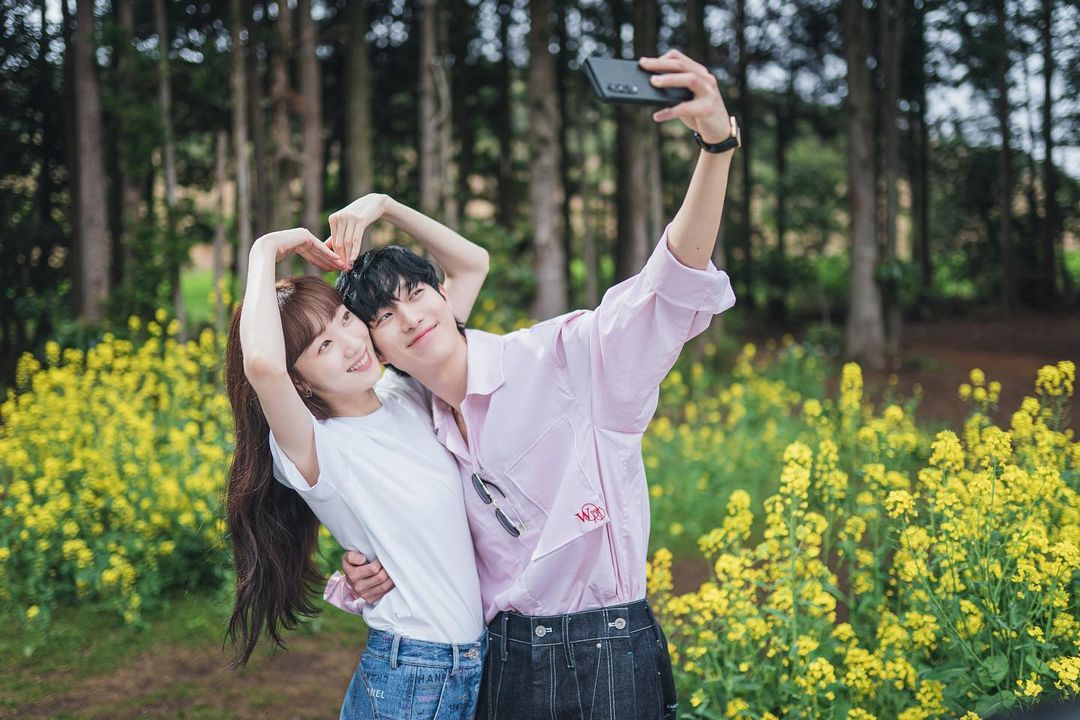 However, back in the car, Oh Han Byul and Gong Tae Sung look surprised, hinting at something unexpected occurring. Viewers are curious to find out if the couple will be able to safely enjoy their date, hidden from the eyes of the public. 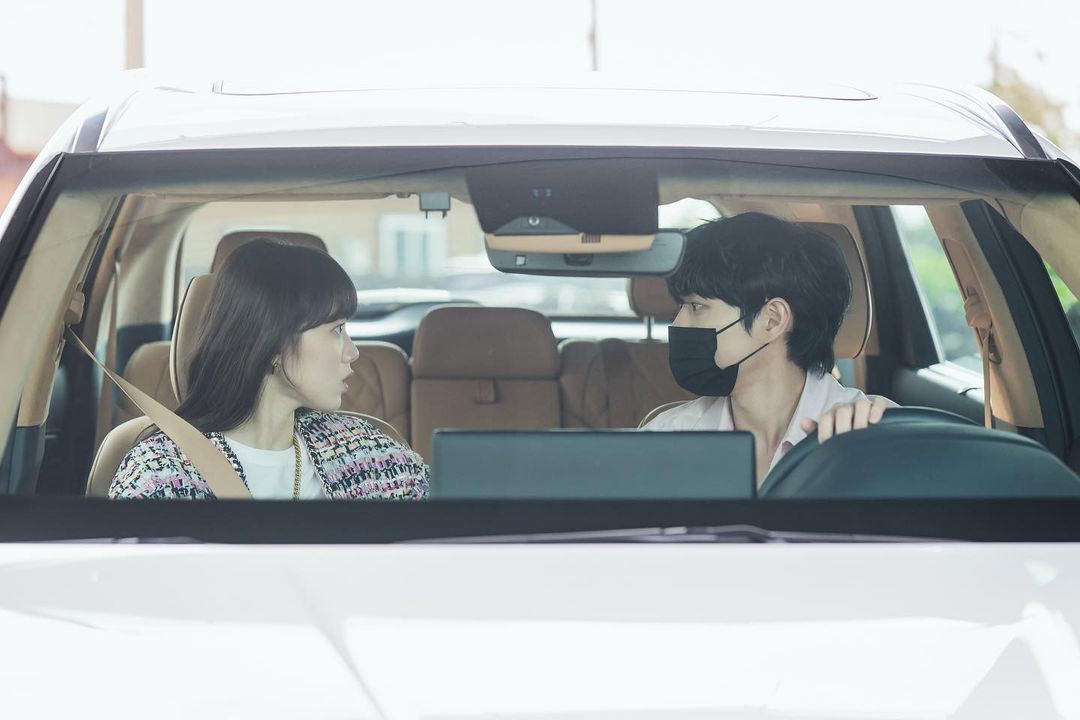 More stills reveal Oh Han Byul and Gong Tae Sung sharing an intimate moment in a space of their own. Gong Tae Sung encloses Oh Han Byul in his arms as she leans against the wall, and the two share intense eye contact. 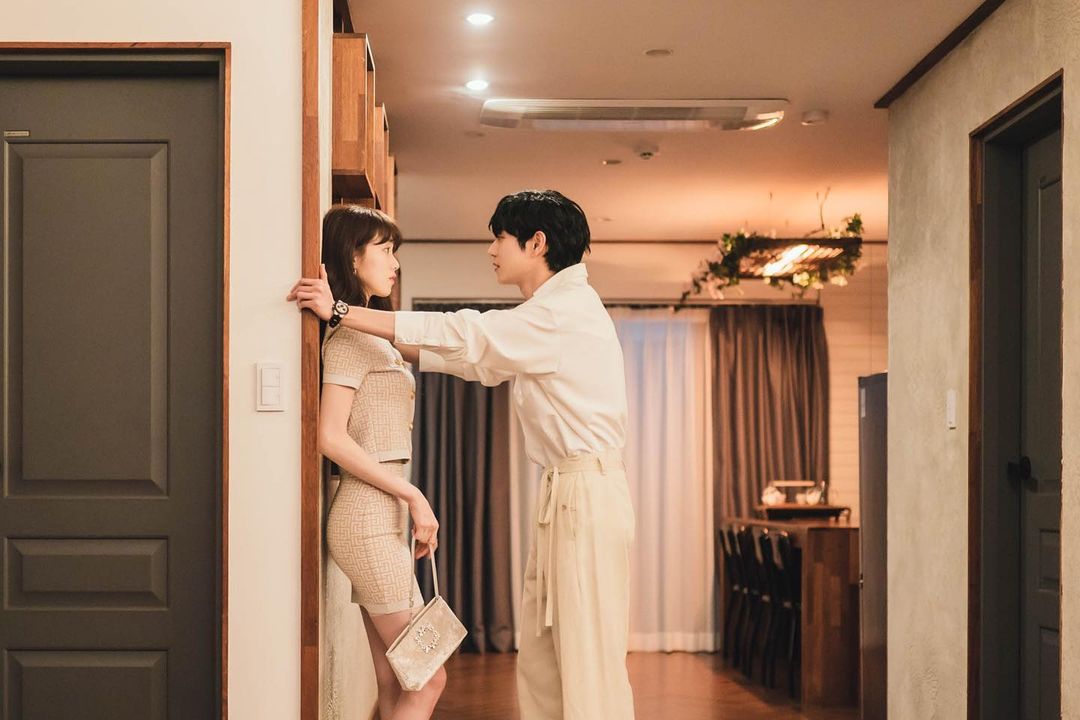 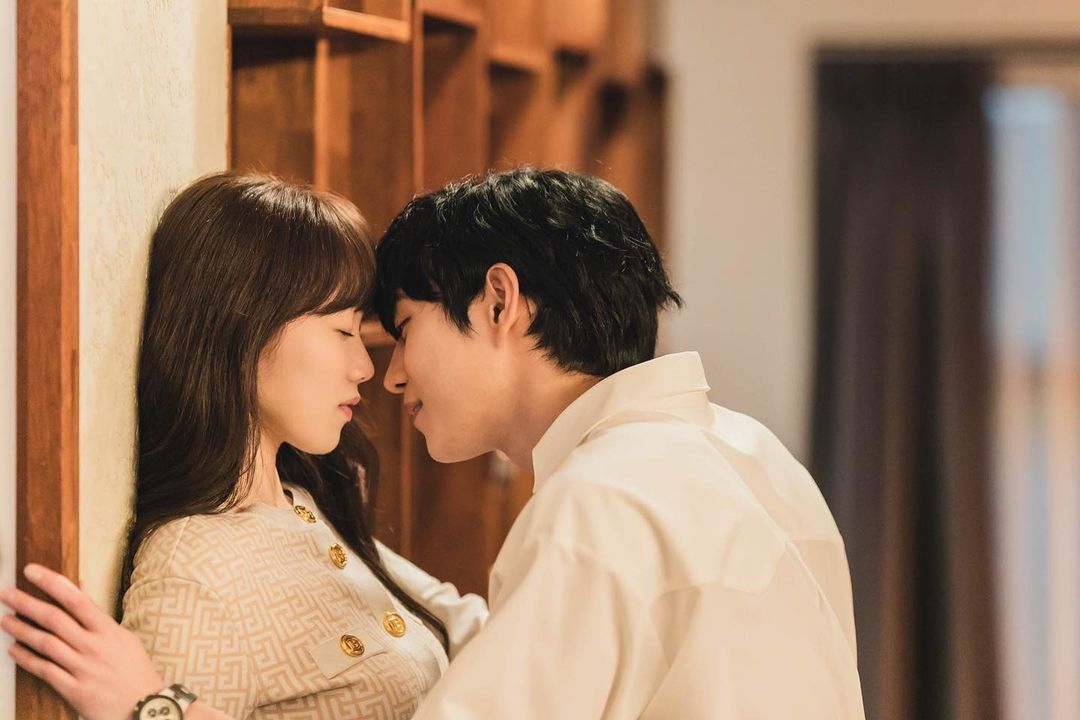 A preview of Kang Yoo Sung (Yoon Jong Hoon) and Park Ho Young (Kim Yoon Hye) also shows a heartwarming and romantic moment of the two sharing a sweet back hug. Kang Yoo Sung wraps Park Ho Young in his jacket, and she shyly smiles back while leaning into his embrace. 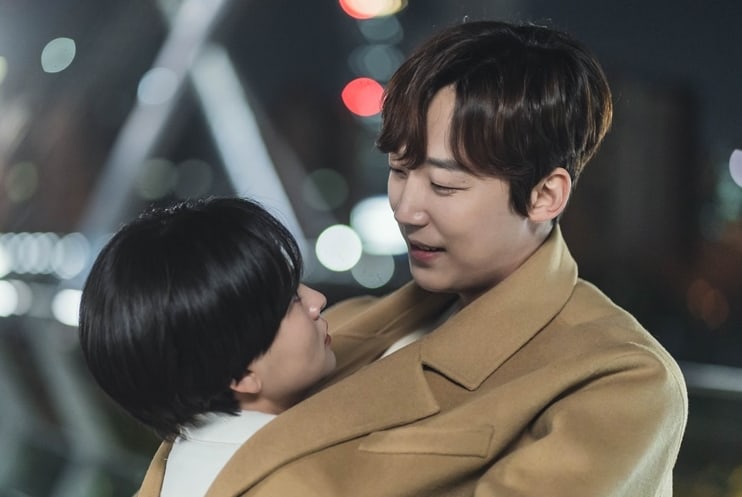 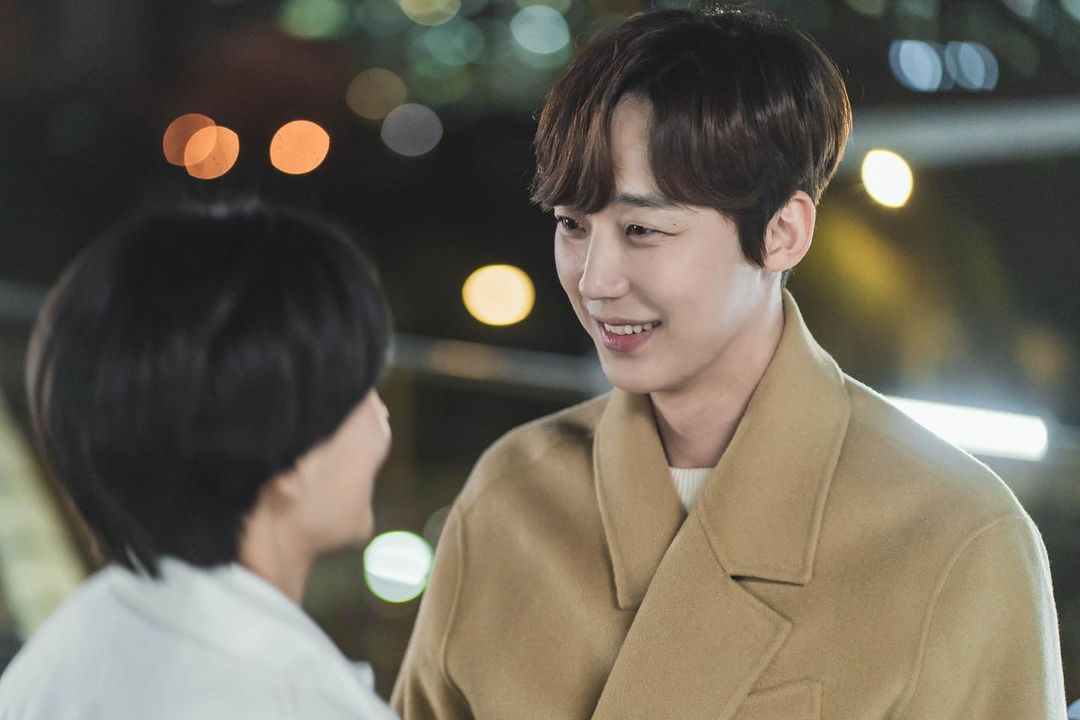 Catch up with “Sh**ting Stars” below: